Introduction to fatigue cracking of pavement

Fatigue or alligator cracking is the most common type of pavement distress, it is infact the major one. This is the type of distress in which series of interconnected cracks appears due to the fatigue failure of the HMA surface when the pavement experience repeated traffic loading. These type of cracks later allow moisture infiltration into the pavement, the road surface gradually gets more rough, the infiltrated moisture then again accelerate the existing cracking which in worst case may end up being a small to large sized pothole.

In other words, as the traffic loads get repeated on the pavement, fatigue cracking starts to initiate at the bottom of the flexible layer, which accounts for the tensile strains at the bottom of the HMA layer (Huang 1993).Â  Researchers suggested that, for the M-E structural design process of pavement, this tensile strength must be kept in limit in order to check against fatigue cracking (Shook,1982). 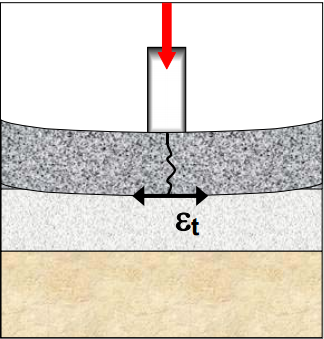 Apart from the repeated stresses incurred upon the pavement surface, fatigue cracking may take place due to aging, temperature changes or inadequate drainage. The effects of these factors are really complicated which my lead to undesirable changes to asphalt, associated with the poor durability properties of the HMA layer. (Finn 1967). Though due to previous research, it was believed that, most of the cracks initiates at the bottom and then make its way to the top of the asphalt layer, which is also termed as ‘bottom up” fatigue cracking, recent studies shows that, in most cases, cracks initiates at the pavement surface on the wheel path and then make its way down to the bottom (Myers and Roque, 2001). 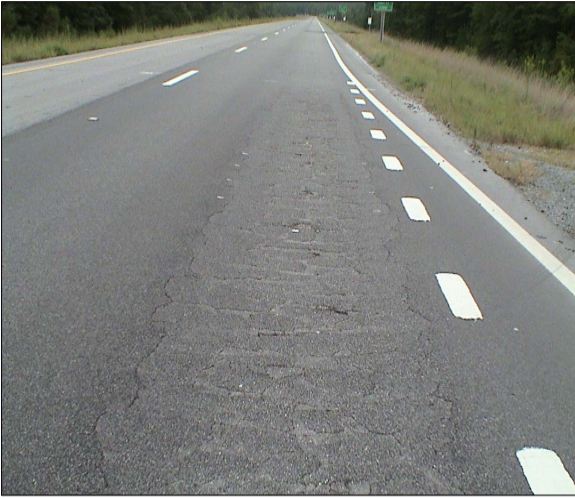 Over the years, the researchers are trying to come up with a simple and standard fatigue testing procedure as till this date, there is no such standard test for fatigue cracking, as different states are evaluating performance against fatigue cracking differently. Tangella et el (1990), came up with an equation to measure the fatigue life, which also accounts for the varying temperature and loading frequency.

Where, Nf= Number of load cycles until fatigue failure

In their study, they emphasized on the flexural fatigue test, diametral fatigue, and tests employing fracture mechanics principals, as the most promising test procedures to characterize fatigue cracking. Later till this period, there are different test procedures such as, Overlay (OL) test, Indirect Tension (IDT) test, Direct Tension (DT) test, Semicircular Bending (SCB) test, are most commonly used to categorize fatigue cracking in the lab. In addition, comparison with the observed result with the field cores is also important. Hajj et al. (2005) emphasized on the mechanistic analysis to understand the interaction between structure, stiffness, and laboratory testing so that a balance can be made for the given field and traffic conditions on a per-project basis. They concluded that, as the field pavement has stiffer structure which will generate lower strains under traffic therefore a longer fatigue life will be observed in the field. Therefore, an overall study is required to characterize fatigue cracking of the pavement.