All transformers on the distribution and transmission network have a name plate. This plate has useful information about the transformer, e.g. – how it is cooled, its KVA rating, the year it was mad and its LV – HV arrangement. The information is stamped or etched on so it is permanent. [1] 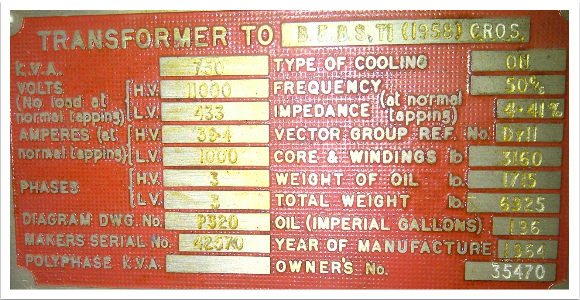 With electrical machines it is very often the temperature rise permitted in the windings and insulation that determines the output, this applies particularly to transformers.

Transformers are identified according to the cooling medium employed and its circulation method. The designated letters are assigned.

The identification code used consists of 4 letters giving details of the cooling medium and circulation method for both primary and secondary cooling system.

2. The following items are associated with power transformers.

The oil conservator is a single protecting device made of sheet steel, resistant or not to vacuum. It is

cylindrical and has two fixing brackets. Usually, it is placed on a structure fixed on the transformer,

above the cover level. In each side of the conservator there is one hole allowing its eventual washing during the exploitation. This hole is closed by means of a plate, which can hold (depending on the needs) an oil level magnetic indicator.

The conservator has several holes to which are connected the corresponding piping. Each one of

these piping has its specific activity (connection to the air breather, to the transformer cover, 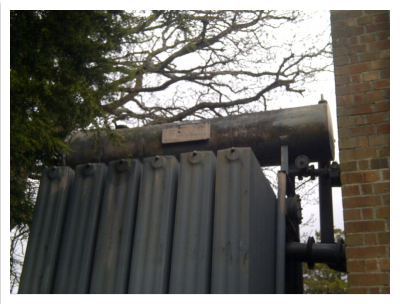 Every type of fault which occurs in oil filed transformer gives rise to the generation of gas which may be slow in the case of minor faults or violent in the case of major faults. The Buchholz relay is inserted in the pipe connection between the transformer tank and conservator. The Buchholz relay comprises of a cast iron housing which contains 2 elements. A mercury float switch which detects a fall in oil level and a combined deflector plate and float switch mounted so that it will detect any rapid movement of oil from the transformer to the conservator.

The slow production of gas due to a minor fault causes a stream of bubbles to pass into the Buchholz chamber, resulting in a slow displacement of the oil and lowering the upper float which when sufficient will generate a “Buchholz Alarm”.

A serious fault will produce an explosive generation of gas which rapidly displaces the oil and causes a surge to pass along the pipe towards the conservator and in doing so displaces the deflection plate, operating the lower switch which produces a “Buchholz Trip” which causes the transformer circuit breaker to trip.

A leakage of oil from the transformer tank causes a gradual fall in the level of oil which when sufficient will be seen by the “Buchholz Alarm” float switch.

The relay is also fitted with a petcock which can be used to take oil samples for analysis of the fault. 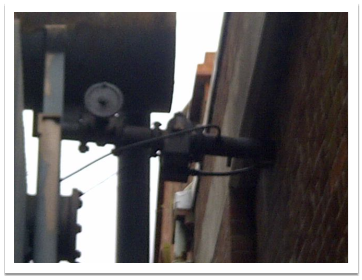 Neutral earthing resistors are a type of protection device, protecting equipment when there is a fault on the network. They work by restricting the amount of voltage and current that flows through the neutral point of the transformer its connected to, to a level that is safe preventing any damage. Neutral earthing resistors are generally connected between ground and neutral of the transformer. [2] 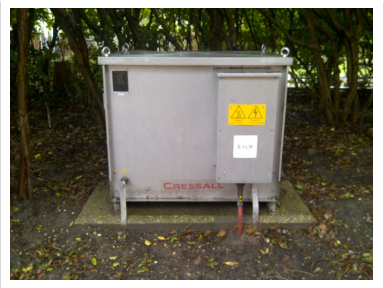 3. Circulating currents can sometimes occur in a power transformer, explain why this happens and whether it is a good thing for power transmission and distribution networks.