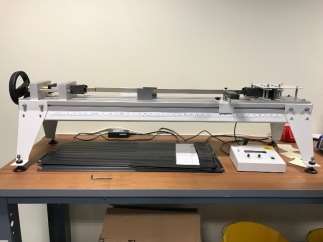 The experiment entails subjecting loads to a strut along its centroidal axis. The effects of length, shape, material and fixing conditions on buckling were observed. An analysis was then done basing on the results obtained and graphs drawn to establish various relationships measured and calculated. The buckling load was also determined theoretically for all the struts basing on the geometry and material properties. This was then compared to those found experimentally.

Buckling is an instability of a material when subjected to loading which eventually leads to failure. It is characterized by sudden sideways deflection of the structural member. When load is applied on a material, it will become large causing it to become unstable and consequently causing change in shape and this can be said to have buckled. This can happen even when the stress subjected on the material is below that needed to cause failure.

Bending and buckling can cause change in shape but the difference comes in the method of applying the load. For the bending case, the load is applied perpendicular to the centroidal axis while in buckling, the load is applied axially causing compressive stress and eventual sideways failure.

This feature can be measured as the buckling load. Materials having different properties have different buckling loads which is a function of the length of the column and the second moment of area of its cross section.

Southwell plot is a graphical representation of deflection(y) against deflection by load applied(y/L). This should in return show a linear relationship and a slight curvature at low values of deflection. Further analysis can be done to obtain buckling load. Critical loads can thus be obtained without actually buckling the load itself reducing risk of damaging the strut. The intercept represents the total eccentricity of the strut which is the eccentricity within the equipment and the strut together with the imposed eccentricity.

The potential hazards was assessed and it was observed to be majorly from the experiment  handling of the strut in loading and unloading. This has a potential harm to the colleagues and the staff in the laboratory.

This hazard was considered by performing the experiment heavily. Plastic inserts were also used to reduce the adverse possible reaction of the strut on loading. The load was applied slowly with full concentration on the reaction of the material under loading so as not to exceed the buckling limits. The strut was also released by unloading swiftly. 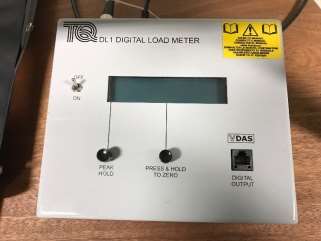 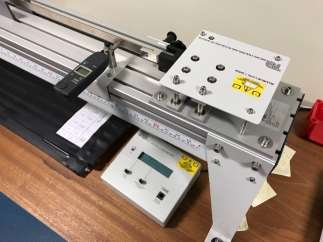 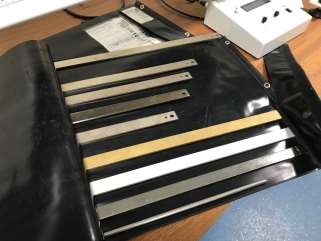 Moment of inertia (I) of a circle and rectangle were obtained using the formula; 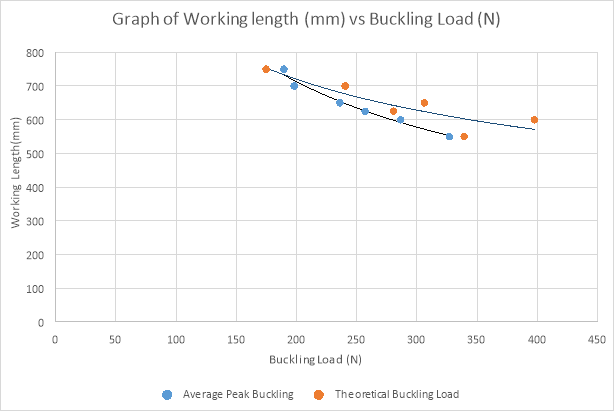 For the second experiment, A graph drawn for load against deflection shows a nonlinear relationship between the load applied and the deflection of the beam.  The second graph is of deflection(y) against (y/P) where P is the load. This is the Southwell plot for the beam used.

A line of best fit drawn in the Southwell Plot indicates that the points obtained are having an almost linear relationship except at low values of deflection which has a small curvature. The slopes of the graphs, Euler buckling load, were obtained for different eccentricities together with the points of intersection with the y axis which indicates the eccentricity of loading. This represents the imperfection of the strut and the equipment used plus the imposed eccentricity. 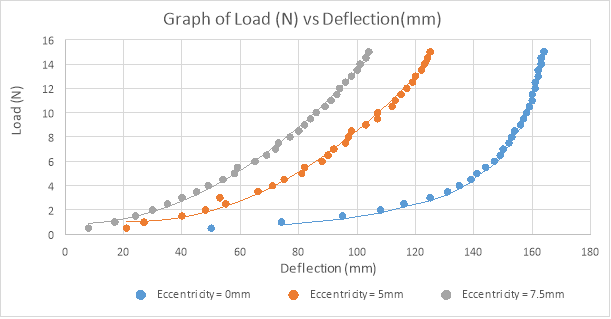 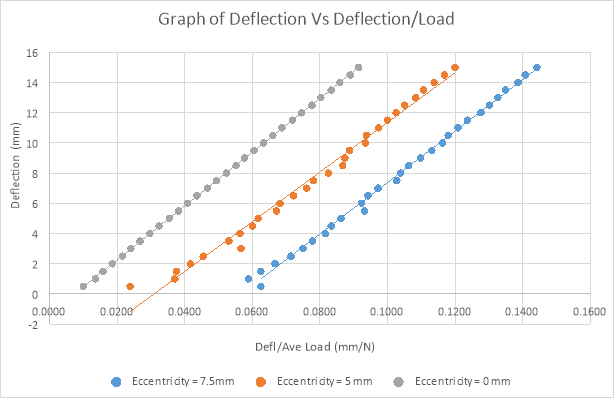 The experiment was a success as the strut was subjected to different loads to determine the buckling load. The effect of material, length of the specimen, shape and fixing conditions were observed. Different graphs were drawn from the results obtained which enhanced further analysis. The Southwell graph was also drawn which was used to obtain eccentricity values and the struts theoretical/Euler buckling load.