This report documents the development of bicycle propulsion systems over time and mentions the changes made to make the bicycle more efficient, safe, faster and resistant. It defines what a bicycle’s drivetrain system is in a few words and what they are used for on a bicycle. It includes brief information about 4 of the first bicycles made in the 1800s and refers to the changes in design and materials used for these bicycles. It also consists information of the 2 main bicycles used today and the improvements they have had compared to the older bicycles. At last, this report recommends improvements that could be made to the bicycle to make it more efficient.

Torque = a force that causes rotation

Cadence = the number of revolutions of the crank per minute

Public transportation has changed and improved over a great period of time. These improvements have helped make transportation ,from one location to another, much easier. The bicycle is a great example of a method of transportation that has gone through a lot of improvements so that it is easier to use, faster, safer and more damage resistant. All this has happened by engineers taking into consideration the materials they use and the design of the bicycle.

5.Discussion and Analysis of Material

Over the past couple of centuries many different bicycles have been invented that have different characteristics in order to improve safety and efficiency, but still had a similar structure. Many of the different developed bicycles include:

The Hobby Horse was invented in 1817, by the German inventor, Baron Karl Drais. This bicycle had a primitive design and did not include a drivetrain. It was a 23kg bicycle which was made out of wood, including the wheels. It also included a leather saddle for the rider to sit on, and resembled a modern handlebar. The rider’s feet was the propulsion system for this bicycle. This meant that the rider wouldn’t be able to go very fast and would require a great amount of effort to move it forward due to its weight. It would also be difficult to transfer the bicycle uphill, thus the rider would have to carry it. Whilst going downhill, the lack of brakes would cause the bicycle to travel at a fast speed without anything, other than the rider’s feet, to stop it.

The Velocipede was invented in 1858 by the French Michaux company. This bicycle was a great development from the Hobby Horse. It first had a cast iron frame which was then changed to wrought iron for better damage resistance. The seat featured suspension which was inspired by the suspension used in wagons. Although, the bicycle was not comfortable to ride, hence why it’s also called the “Boneshaker”. The wheels were wooden but consisted of iron tyres. It also included pedals on the axle of the front wheel as the bicycle’s propulsion system. The pedals would allow the rider to use less effort, compared to the Hobby Horse, to move the bicycle forward. This bicycle also consists of the introduction of a first brake, which included a metal lever that pressed a wooden pad against the rear wheel, making it much safer as it has the capability of stopping, though the wooden pad would wear out due to the friction between the pad and the wheel.

The Penny Farthing was invented in 1869 by French, Eugene Meyer. The bicycle’s design was based on the desire to make it faster, thus using it for sport. Since gears were not invented yet, the front wheel’s size was increased so it would travel a longer distance after one full rotation. The frame weight was reduced to increase riding comfort including solid rubber tires, and the use of hollow steel tubes made it lighter. With the introduction of spokes and ball bearings, the wheels were also improved. The Penny Farthing would reach top speeds of 40km/h, but despite its advantages it had many disadvantages. It required a running start and a mounting step for riders to be able to mount it. To stop, the rider would require to jump off the bike. The higher centre of gravity on the bicycle would mean that if the rider fell they would have great accident. And at last, if the rider went over a bump they would be sent flying, leading to a fatal accident.

The Penny Farthing’s propulsion system were still the pedals, although, their positioning on the bigger front wheel would require riders with tall legs to ride them. Due to the bigger wheel, one rotation of the pedals would allow the bicycle to cover a longer distance, hence why it is faster than previous bicycles. This design might my the bicycle faster and more efficient, but it was more dangerous due to the height and centre of gravity of the bike, the lack of feasible brakes and the high speeds it can reach.

The Rover was invented in 1885 by English John Kemp Starley. This bicycle was chain driven and was also known as the “Safety Bicycle”. It featured equal sized wheels and a diamond frame, used to equally distribute the forces throughout the bicycle’s frame, though it still lacked a seat tube. The solid rubber tires were also replaced in 1888 with pneumatic tires, which made it more comfortable to ride. The original model of The Rover used treadles to turn the rear wheels, but the later updated model used a chain drive which consisted of a large front sprocket and a small rear sprocket used to multiply the revolutions of the pedals without the need of a large front wheel. The pedals were more centred putting the rider’s feet away from the front wheel, and the centre of gravity was lower making it easier for the rider to stop by putting their feet on the ground. To also better stop the bicycle, it included a lever which pushes a metal pad onto the front wheel.

This bicycle was much safer due to its frame design and its low centre of gravity. It had increased efficiency due to the positioning of the pedals and the two same sized wheels whilst still being capable of travelling at high speeds with the brake being able to stop the bicycle if needed. The design of the handlebar also helped to improve the handling of the bicycle. The use of metal on the frame and on the chain mechanism also made it resistant from damage. Although, with the introduction of the new chain mechanism, pebbles or sticks could get caught in the chain, possibly damaging the mechanism.

Mountain bikes are bicycles designed for off-road riding. They are similar to other bikes but consist features that help enhance performance and durability on rough terrain. They consist of suspension on the frame and fork making the ride on rough terrain more comfortable, knobby tires which adds more grip on the wheels, heavy duty wheels that add durability, and more powerful brakes to help stop the bike instantly when on the rough terrain.

The bicycle’s propulsion system includes derailleur gears (Appendix 2) that consists of a crankset for the rotation of the bicycle’s pedals, a cogset which is a set of different sized metal cogs or sprockets that are used as the gears, and a chain that links the cogset with the crankset. Different gears provide different torque and speed and requires different amounts of effort to rotate the pedals. The higher the gear, the more torque, speed and effort. The gears are controlled by a shifter which is connected to the gearing gearing mechanism by a cable.

Mountain bikes tend to have up to 30 gears, yet mountain bikers choose to use 10 or 9 speed bikes due to the lighter weight and less complexity. The mountain bikes are very efficient and safe bicycle as they include disk brakes that help with instantaneous stopping, a gearing system that helps reduce the amount of effort the rider will have to use and is adaptable to different types of roads, and suspension that provides comfort.

Racing bikes are designed for competitive road cycling. Its main characteristics are its light weight for higher speeds, and its stiffness due to the lack of suspension also to achieve high speeds with the sacrifice of comfort. The handlebars are designed and positioned lower than the saddle so that the rider has a more aerodynamic posture. The front and back wheels are positioned close together to allow for quick handling.

For the propulsion system the bicycle uses a derailleur system similar to the Mountain Bike. The gear ratios have close spacing so that the rider can pedal at the optimum cadence. To shift gears the bicycle consists of an electronic shifting system. The switch is connected wired or wirelessly to a battery pack and to a small electric motor that is used to drive the derailleur, moving the chain between the cogs. This improvement allows for the rider to switch gears faster.

The Racing Bike is quite efficient in terms of speed, and quite safe as it includes disk brakes that stop the bike instantly with the exception of knobby wheels as it would decrease the speed of the bike. The materials manufactures use for the frame e.g. Carbon fibre, cause the bike to be light in weight and capable of travelling at faster speeds.

There have been many major developments in public transport over the years, with the bicycle as a great example. Many improvements have been made to the bicycle and the methods it uses for the rider to move it forwards. The introduction of new drivetrain systems and the vast use of different materials according to their properties are the cause of these improvements. The invention of, more complex, propulsion and brake systems have helped improve the efficiency and safety of the bicycle and the implementation of stronger and lighter materials has increased the bicycle’s damage resistance and has made it capable of reaching higher speeds (Appendix 10) with less effort required by the rider. Also improvements on the seat and the suspension on the bicycle have contributed to make it a more comfortable method of transportation.

The bicycle has had great developments over the years, though more improvements can be made in order to make the bicycle safer, faster and more efficient. Such improvements may include: Adding a cover, made of a light plastic, for the gearing system so that nothing can get caught in the mechanism, running the brake lines through the frame of the bicycle so there aren’t any cords hanging, adding a cogset to the front wheel making it a 2-wheel drive thus making it faster. 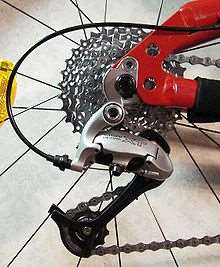 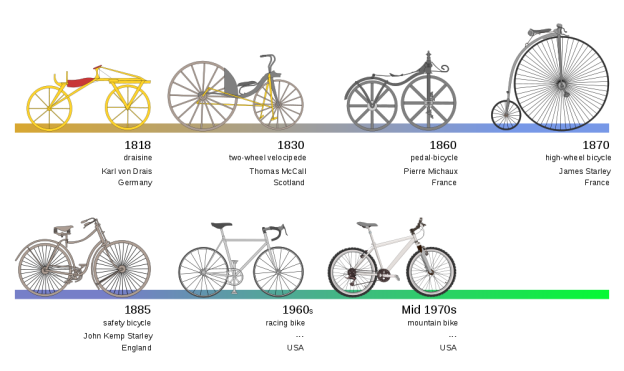 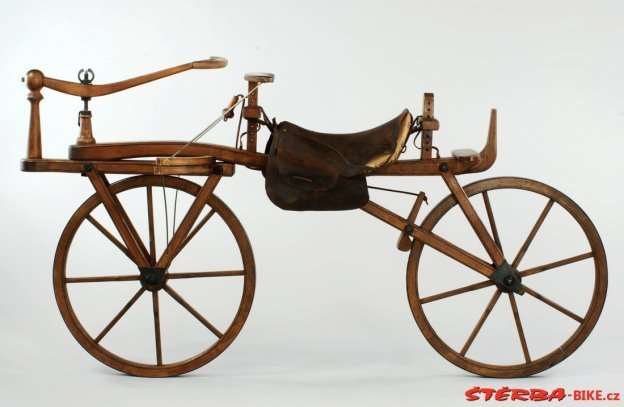 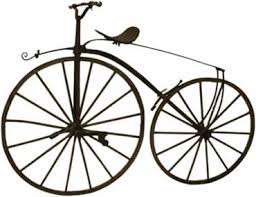 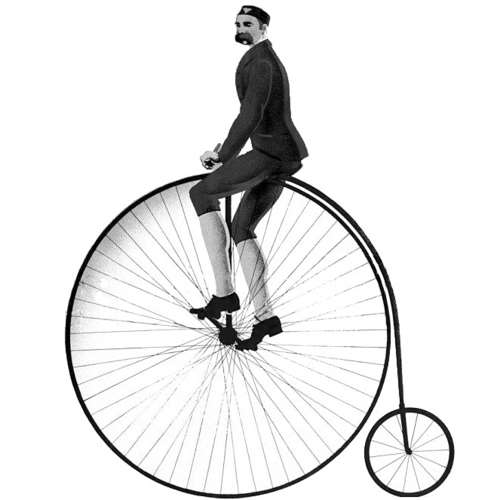 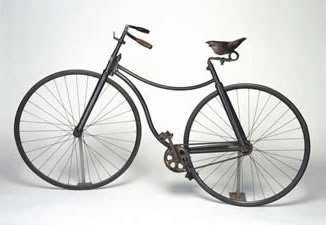 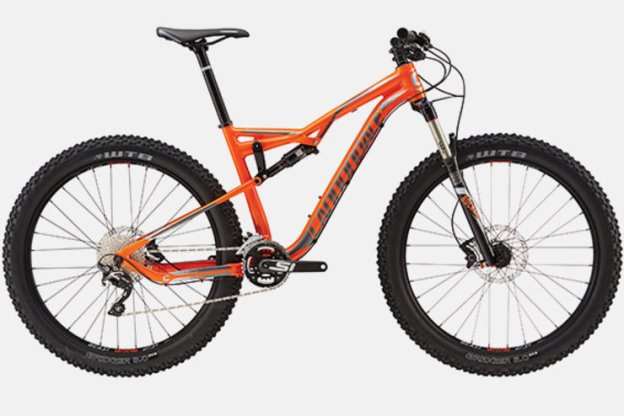 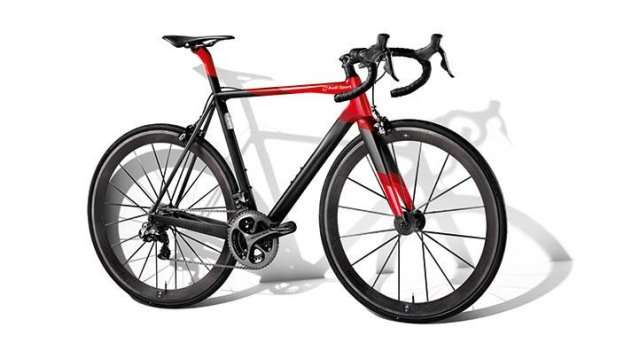