APTS [1] helps with the bus-stop voice reporting systems to provide more information for visually impaired people about the arrival of the bus which they want to board. Some APTS combined special handling devices were designed to provide dynamic information for visually impaired people. In Taiwan, the Taipei city government utilized an experimental system named “broadcasting bus”, that announces the bus number upon arriving at the bus terminal, to serve the visually impaired in 2002. The APTS named “e-bus system” started to be deployed in Taipei city since 2005 [3]. Using these technologies the number and the waiting time of the buses were shown on the light-emitting diode (LED) screen at the smart bus stops using GPRS facility. Only 20 percent of bus stops are planned to build. A survey of 400 passengers in 1998 revealed that the smart bus stops are not sufficient when equipped only with the voice reporting system because the voice information confused when many buses approached the same terminal at the same time which was a disadvantage of using many-to-many communication. The APTS with bus-stop voice reporting system and handheld devices might not provide a solution to this important issue.

A survey showed that it would be very helpful if somebody could alert bus drivers about their boarding on buses. Various systems have been developed for visually impaired to communicate with bus drivers. Mehra et al. developed a user-triggered bus identification system in 2010. The user could select a particular bus and send signals by user module, and then a small LED starts flickering in the driver’s control panel. The system offered only one-way communication. Bischof et al.developed a wireless local area network (WLAN) communication system named NAVCOM. The authors proposed that blind people need a feedback to make sure whether the bus drivers get the original message. Another bus identification system designed by El Alamy et al. involves a bus station controller to identify users and send signals to buses with radio frequency. This system will say the information of the bus number when there is a 2-meter distance between the bus and the bus station.

The moto of our project is to help the visually impaired people to transport easily and also we added some extra features through which the deaf could also be benefited in bus transport. So our project is like a knife which is sharp at both the ends and is going to help the people in two ways. Adults also can know which bus is going to arrive at that moment. So all the people in the society can use this system. We are very interested in doing such a project for our society. There are two modules user module and bus module. The user module will be handled by the user or it can also be placed as common in the bus stop also, so that all the people can use it and then if it is handled by single user alone then he or she can only use it. The bus module is fixed in the place where the driver can notice it.

For the development of our project, we use two modules.

Here we are using both transmitter and receiver at both the module. The process, here is that the passenger waiting at the bus stop should switch on the passenger module, it sends out the signal, that signal is received at the receiver of the bus module. Then automatically the alarm sound will be produced and then the LCD will display that there is a passenger is waiting at the nearby bus stop, and then an LED will be glowing there. There are many components that are used for this process. Two types of IC’s are used one is coding IC and the other is decoding IC. 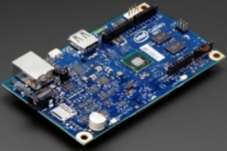 Here the signal is transmitted and received using RF transmitting and receiving modules. For various indicating purpose we use different types of LCD such as warning LED to glow while the buzzer buzzes and the power LED to indicate the status of the module whether it is in ON or OFF state. The main component of our project is Intel Galileo Gen-2 board which is used in Adruinio programming platform as shown in Fig. 1. The speciality of this board is that it can be used as a PC after installing an OS through SD card. It also has some special features that it can be connected to LAN and access internet, it has 20 digital pins which can be used as input/output and 6PWM output pins. We can also connect USB cable to it to transfer programming to it. It works with a power supply of 7-15V DC input. The coding IC HT12E is a 18 pin IC as shown in Fig. 2 mostly used for Radio Applications. The main purpose of this IC is to convert parallel input to serial output. It has 8 address pins and 4 data pins, used as an encoder. It has an active low enable pin and works on the voltage level of 2.4-12V. 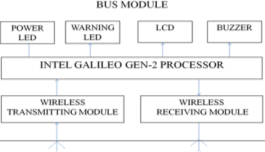 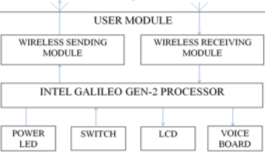 Fig. 4: System framework of the user module and the bus module

In Fig. 3, the decoding IC HT12D is also a 18 pin IC and converts the serial input to parallel output. Which does the opposite process on the coding IC. Operates at the voltage level same as coding IC. The block diagram shows the components connection of both user and bus module. 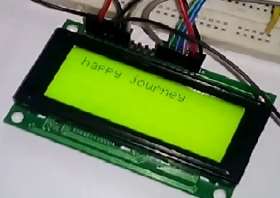 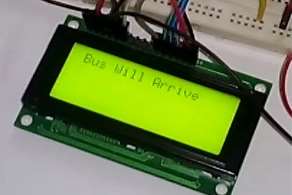 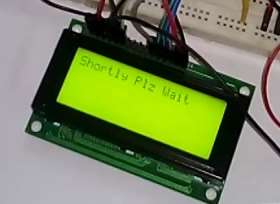 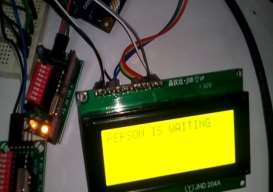 Fig.6(a):Â  Receiver – Request of the blind person in the bus module 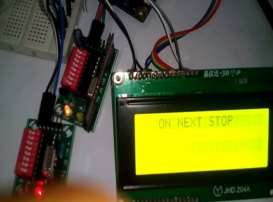 Thus this system improves the confidence of the visually impaired to take city buses and travel to their desired destination. This system is flexible to any climatic conditions. Thus by using our project visually impaired people can use the public transport facilities in an efficient manner.