After completing attack, covering tracks is the next step in penetration testing. In tracks covering after completing attack we will return to each exploited system to erase tracks and clean up all footprints we left behind. Tracks covering is important because it gives clue to forensics analyst or Intrusion Detection System (IDS). Sometimes it’s difficult to hide all tracks but an attacker can manipulate the system to confuse the examiner and make it almost impossible to identify the extent of the attacker. In this research paper we describe all of the methods used in tracks covering and their future scope.

Penetration Testing used for validation and effectiveness of security protections and controls of an organisation. It reduce an organisation’s expenditure on IT security by identifying an remediating vulnerabilities or loopholes. It provides preventive steps that can prevent upcoming exploitation. Penetration testing phases

Planning is the first step in pre-engagement. During this phase scope, goal and terms of the penetration test is finalised with the client. Target and methods of planned attacks are also finalised in this phase.

This is most important phase if we miss something here we might miss an entire opportunity of attack. All information regarding target is gathered by using social media networks, google hacking and other methods. Our primary goal during this phase to gain accurate information about target without revealing our presence, to learn how organisation operates and to determine the best entry point.

The information acquired in intelligence gathering phase used in this phase to identify existing vulnerabilities on the target system. In threat modelling, we determine the most effective attack methods, the information type we need and how attack can be implemented at an organisation.

Vulnerability is loophole or weakness in the system, network or product by using which can compromise it. After identification of most effective attack method, we consider how we can access the target. During this phase we combine information acquired in previous phases and use that information to find out most effective attack. Port and Vulnerability scans are performe in this phase and all data is also gathered from previous phases.

Exploit is a code which allows an attacker to take advantage of the flaw or vulnerability within system, application or service. We must perform exploit only when we are sure that the particular exploit will be successful. May be unforeseen protective measures might be on the target that inhibit a particular exploit. Before trigger a vulnerability we must sure that the system is vulnerable. 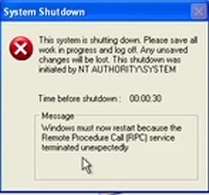 After successful exploitation the compromised system is under the control of an attacker. Many times attacker or penetration tester need to alter the compromised or breached systems to attain privilege escalation.

Payload is actual code which executed on the compromised system after exploitation. Post Exploitation phase begins after compromised one or more systems. In this phase penetration tester identifies critical infrastructure, targets specific systems, targets information and data that values most and that must be attempted to secure. In Post Exploitation while attacking systems we should take time to understand what the system do and their different user roles. Every tester and attacker generally spend time in compromised system to understand the information he have and how he can take benefit from that information.

After gaining access of one system an attacker can access other systems in that network by using compromised as a staging point. This method is known as pivoting. Sometimes attackers creates backdoor into the compromised system to regain access of the system in the future

Reporting is the last phase in penetration test in which penetration tester organise available data and related result sets into report and present that report to the client. This report is highly confidential which have all the results of penetration tests like vulnerabilities list in the organisation systems, networks or products and recommendations to solve these problems related to the security of the organisation assets, which helps organisation in stopping future attacks.

How to cover tracks

To compromise system successfully an attacker need to be stealthy and avoid detection by various security systems like firewalls, Intrusion detection systems (IDS). System administrators and other security personals uses similar techniques to identify malicious activities, so it’s very important for attacker to be remains undetected. A system administrator can examine processes and log files to check malicious activities. There are various challenges which are faced by a penetration tester after successfully compromise of target system. Now we describe various problem faced by a penetration tester in covering tracks

Penetraion tester or attacker have two options when manipulating log data first one is to delete entire log and second one is to modify the content of the log file. After deleting entire log an attacker there is surety of undetectability. But there is drawback of deletion of entire log is detection.

Second option an attacker have to manipulation of log files data within the log files so that system administrator is not able to notice attacker presence in the system. But sometimes if attacker removal of so much information make gap between logs files makes it noticeable.

In windows log files or stored in event viewer, which is easy to find simply search event viewer and run it. Event viewer is simply look like the figure as given below, where we can see all log files of the system and applications. 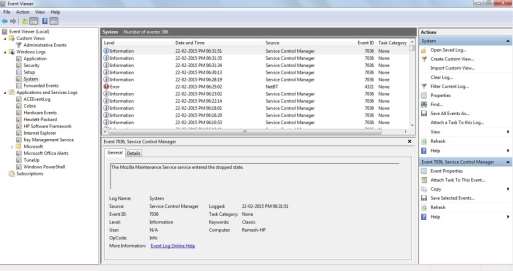 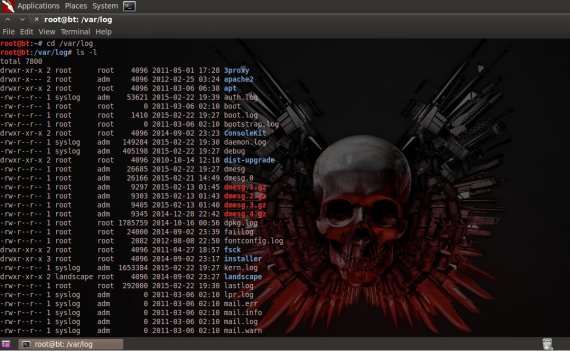 To get or access log files in MAC operating system simply open finder and select “Go to Folder” in the Go menu. Type in /Library/Logs and hit Enter here you get the screen like as given in figure which contains all log files. 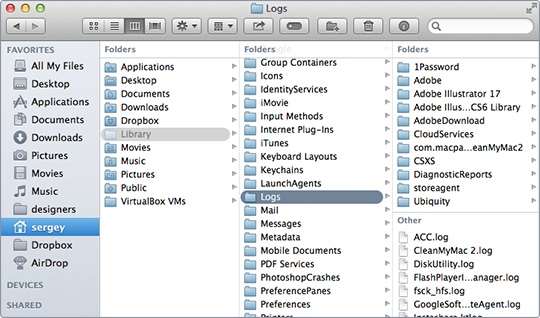 To manipulation of log files data an attacker must have root privileges.

If the system administrator configures its system to transfer all log files on the remote server time to time, in that case an attacker or penetration tester can only stop log files transfer process except it they have no other way.