Simple and secure authentication protocols are in great demand due to the ever expanding use of internet for financial and message communications. Multifactor authentication, in particular 2Factor Authentication (2FA) is preferred to static passwords-only authentication. One Time Passwords (OTPs) play a vital role in the construction of 2FA protocols. In this paper, an efficient OTP generation algorithm, based on RSA scheme is discussed. Implementation and computational issues related to the algorithm are also discussed.

These days, almost all our day to day activities, starting from buying vegetables to booking a movie ticket depend on internet. As highly private data is being communicated between the server and the client, secure protocols are required for protecting these transactions from attackers. Over the years, we realized that encryption methods alone are not sufficient to secure online transactions. Hence evolved the idea of sending some message each time personally to the user and prompting him to send back the message along with his/her password to complete the transaction. This provides a second layer of security and strength to the existing concept of static passwords.

In this paper, we present a way to generate OTPs, based on RSA type exponentiation. This research paper is organised as: Section 2 explains authentication process; Section 3 briefly discusses the conventional way of OTP generation; Section 4 is the proposed algorithm; Section 5 discusses about the randomness in the generation of the OTPs; Section 6 analyses the operational complexity and security of the proposed algorithm; Section 7 gives some concluding remarks.

Authentication is the process of identifying the legitimate user [1]. The identity is proven by various cryptographic methods where the user has to enter some input to the system. This can range from simply entering a password to more complicated security mechanisms like biometrics, strings displayed by tokens, key encryptions. Based on this input, the system will identify and authenticate the person. After authentication, comes authorization, where the system identifies the various privileges available to the user. Only authorized users can get access to the data as not all the users will have the same privileges. Some users will be allowed to only read the data while some users will be allowed to read as well as modify it.

Machine authentication is achieved through the verification of digital credentials or digital certificates. Digital Credentials are like a machine provided ID and password or a digital certificated issued by a Certifying Authority (CA). It is like a digital passport that provides trusted identification. Digital Signature is a mathematical technique used to validate the authenticity of a digital document, software or a message. It is used to identify whether a communication is impersonalized.

OTP is an authentication technique, which comes in the second layer of authentication protocols after static passwords. An OTP is valid only for a single transaction. Even if an attacker succeeds in decrypting the password of a user, he/she has to get the OTP generated to validate the transaction. Since OTP is based on randomness/collision resistance, it is very difficult to guess an OTP. Even if the attacker succeeds in acquiring an OTP, he may not be able to predict the next OTP.

OTP generation is based on hashing algorithms. Hashing is an irreversible process, i.e. for an input we can get the output, but with the obtained output we cannot get back the input. Even if an attacker obtains many OTPs, it is of no use as he/she cannot find a pattern to guess the seed used to generate the OTPs. An OTP is valid for a limited time, generally two to fifteen minutes based on the web site’s restrictions. Also in online transactions, while entering an OTP, a user is allowed to make errors only a limited number of times, say twice or thrice, which again adds to its security.

A most common way of generating a sequence of OTPs[2] is described in Algorithm 1.

Note that the weakness of the OTP mechanism lies on the channel used to send the OTP and the security of the device to which the OTP is send. It will be advisable to secure the device with some biometric credentials making it totally safe.

As our proposed OTP generation is based on RSA crypto-system, we briefly do a recap of RSA encryption [4].

The Rivest-Shamir-Adleman (RSA) algorithm is one of the popular and secure publickey encryption methods. The security of the algorithm relies on the fact that there is no efficient way to factor very large numbers. Using an encryption key (e, N), the algorithm is as follows:

Our proposed algorithm is based on RSA encryption/decryption process and is described in Algorithm 2 below.

The above procedure can be represented by a schematic diagram as in Fig.1. 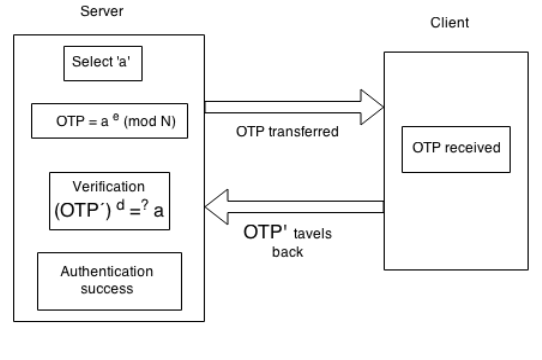 Fig. 1. Architecture of the Proposed Model

4.3. A Comment on the Selection of N and the Possible Number of OTPs

5. Randomness in the Generation of the OTPs from ZN*

LFSR is a mechanism for generating random numbers based on the initial seed given to it. So if we start with a non-zero 20 bit string, the LFSR can generate all the other 220–1 20-bit strings. We refer to [5] for some basic facts about LFSR.

An LFSR of length L consists of L stages 0,1 , … , L-1, each capable of storing one bit and having one input and output and a clock which controls the movement of data. During each unit of time the following operations are performed; (i) the content of stage 0 is output and forms part of the output sequence; (ii) the content of stage i is moved to stage i – 1 for each i, 1 ≤ i ≤ L – 1; (iii) the new content of stage L – 1 is the feedback bit s which is calculated by adding together modulo 2 the previous contents of a fixed subset of stages 0,1, … , L – 1.

We note that for an n-bit LFSR

connectionpolynomials are available, where ï¦ is the Euler’s totient function. So, for a six digit OTP, i.e. for a 20 bit string, we have

Another mechanism for generating 6 digit random numbers is by using the concept of primitive roots.We refer [6] for the concepts related to cyclic groups and generators/primitive elements..Let p be a prime number. Consider Zp*. Let gïƒŽ ZP*. As i vary from 0 to p–1, by computing gi mod p, we can generate all elements in Zp*. Here g is called the primitive root/generator of Zp*.

6. Computational Complexity and Security of the Proposed Algorithm

The proposed algorithm is an RSA-type algorithm which uses modular exponentiation for its computation. The modular exponentiation operation generally consumes a considerable amount of time for large operands as it consists of a series of square-and-multiply operations under a modular value. For a particular user, e will be fixed. Hence the time complexity for ae (mod N) is O(log2e). As RSA is a widely implemented cryptosystem, improvements in modular exponentiation algorithms are evolving very frequently [7]. Though the proposed algorithm uses the concept of RSA with a 20-bit modular (where as the current standard is 256 to 512 bits), since a, e, N are not known publicly we achieve security through obscurity.

In this paper, we have proposed a new method to generate OTPs and discussed the possible ways of implementing it practically. There may exist other novel methods with less time complexity. Incorporating new methods we can design more efficient algorithm for generating OTPs. The possibility of generating alphanumeric OTPs will be also explored, in future.

[3] Neal Koblitz, “Towards a Quarter Century of Public Key Cryptography”, A Special Issue of