Poor or bad cable issue: –Poor or bad cable issue is problem of a local area network which faces by user while accessing the network. In this problem, if the client computer is capable forconnect to the network, the performance might be reducing. Everyone could not be able to attach to the computer. Moreover, the current Gigabit network to the desktop is general, so that is why Gigabit category 5 will not work for less than concert and four pairs of cable as well.

Can’t get an IP address: – The system is disconnected or ineffective. The operating system that can alert an address of the DHCP server (Dynamic Host Configuration Protocol) has not received. Furthermore, afterwards verifying the status of the system adapter can be configured to it. DHCP server could be out and server service will be interrupted as well. In addition, the device never reached the server for the first time.

Printing problem issue: – Printing problem is also of user area network which faces by user while accessing the network. Printing does not constantly work on network. To determine if a user is experiencing this problem, many people have the same problem. Moreover, only one problem, so it may be that the computer is not properly mapped to the printer server. If it does not cause the network between the client and the printer can be responsible for it.

I am going to explain the scenario of a company difficulties which faced by user. AWI is a company and which company have so many computers.  There is some problem like poor or bad cable printing problem, can get’s IP addresses. After that, user did find the issues and solve it with the help of internet.

Solution of Poor or bad cable: –First of all, user should check cable, after that if any cable issue. Then user should change the cable. The cable has become untwisted; re-terminating the cable may resolve the errors. While following new advancements like power over Ethernet and Gigabit. The category 5 should be improved.

Printing problem issue: –In the beginning. Verify the configuration of printer, ensure it has a good IP address and can access the printer server as well. Apart from this, the print driver has settled printed problems.

A hard disk failure problem happen while a disk drive malfunction and accumulated the information and that can’t be accessed correctly configuration to computer. Moreover, Due to this problem, heats up the desktop and laptop when starts. Due to inadequate or defective fan ventilation of the CPU, hardware equipments damage.

Slow speed: –In file server issues second point is slow speed. In slow speed issue when server is not working properly then, processor takes too much time for downloading the files and so on. Moreover, sometime this issue occur when we keep extra data in computer.

client to offer the access to the file in the group. Moreover, on the file

should look after the data on the server.

Spark is a company in Auckland (New Zealand). This company have lots of computers. Users faced so many problems like hard disk failure, security issues and slow speed as well. Find the issue with the help of internet and then, installed antivirus software and got information how can fix it. Finally, I resolved the problem.

Solution of Hard disk failure issue: – Firstly, system should be shut down properly. It also is stay away from the installing supposed software. Hard disk ought to be clean commonly. Structure do update time to time. Moreover, should swap the HDD after three to four year.

Hard drive usage: – Hard drive usage is first and the foremost issue of network performance. Mostly information exchange starts and finishes with a hard drive.Specifically, if at least two projects attempt to get to the hard drive in the meantime, information throughput will drop exponentially. Moreover, it is normally the slowest part inside the machine.

CPU usage: –CPU must be shared by grater part of the product running on a framework. Framework with different CPUs is not quicker than those of single CPU. In present day working frameworks, there are regularly twenty to sixty projects running when the client is not doing anything. Window is here and then slower on different CPU.

RAM: -In spite of the fact that system information exchange does not ordinarily include much direct memory utilization.

Moreover, user computer accidently start again as user in the central of something.  The folder structure of hard drive might be gradually deteriorated and user will not longer be able to boot user machine.

Solution of CPU usage problem: –In addition, user should update to your computer. Some programs are doing slow your computer, so that is why should remove that programs. As well should keep antivirus in your computer for remove the virus. Ought to be changing the power settings that will help in growing the processor capacity.

Solution of RAM problem: –First of all, user should test the memory modules and should check which module is not working. After that, also ought to be checking the memory slots. If any problem in memory slot so user could restore the motherboard. After change the memory slot module the lined up should be correctly on the bottom.

Monitor and maintain the performance of a local area network:

2.1   Identify and list any 5 network monitoring tools. Also      describe the features of those tools which deal with the performance issues of a local area network.

Advanced IP scanner: –In advanced IP scanner monitoring tool perfectly an administrator in a local area network, like network, wireless, routers devices for example mobile phones must be monitored. Moreover, this monitoring tool to share databases on a remote machine if HTTP and FTP has been able to connect as it helps us. This device allows starting the computer and shutting down the remote computer as well.

2.2   Install any available network monitoring tool on a computer having Windows Server 2008 and monitor the bandwidth usage over a period of at least 5 minutes. 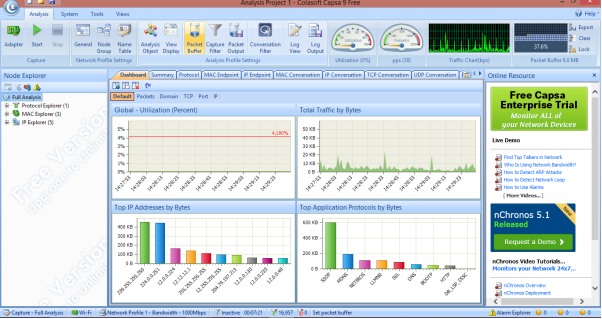 Figure1. It shows the dashboard IP addressed by bytes. 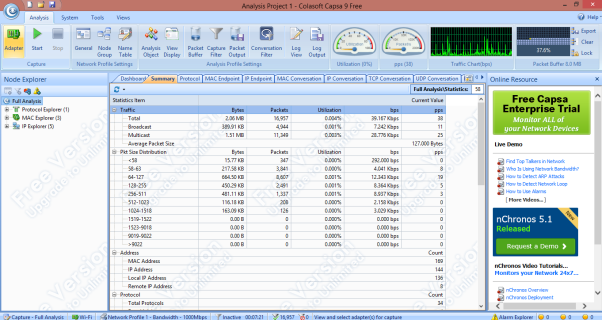 Figure2. This picture represents the summary of capsa.

2.3   Analyze the information showed in the bandwidth monitoring graph to explain if the usage of network is reaching to its limits.

First of all, I did install the capsa software. This software examines according the Internet protocol address. This represents the traffic buffet information. Moreover, this software gives information of summary and shows bytes, packets and bps so on.

There are so many different techniques for preventing performance of a local area network.

First, incline the number and speed of hard disk. Second,for load the balance of server should be added new servers and network functions. Increase to server memory is very vital for preventing the performance of a local area network.Also, should be setting of operating system. One thing is more; user should files moves from the server to the client PC.

3.1   Identify and explain different security exposures and violations concerned with the security of a local area network.

Probes: – Probes confirm for protected servers or services so as to might be successively on computer on user LAN.  These tests are generally completed through programs that get a collection of IP addresses selected by the individual running the program. Moreover, there are some common services like mail, web and so on. Apart from this, when set up of other services then program try to observe. Furthermore, if it know how to login or else get access to that service. Probes are not to run some servers which you cannot recognized.

Worms: –A worm is a separate malware computer program. It is very harmful for network. Worm replicates itself to spread one system to another system. It does not require human intervention to spread.  It makes unusual to storage devices.

Virus: –Viruses are normally not security threat in a local area network to PCs. Virus can create lots of troubles. Moreover, it can be change the implementation of processor. It can transmit the virus one computer to another computer as well. Furthermore, virus can do loss the data.Due to the virus processor working slowly.

Trojan Horses: –Trojan horse is any malicious computer program which is used for hack into a computer through misleading client of its correct intention. This threat attacker’s use for private information like as banking information, passwords and personal identity as well. Moreover, this threat use for spreading malware across the network.

Also, it can be corrupt the data and deletion to files.

3.2 Determine the possible solutions to these exposure and violations by giving at least 1 example each form an industrial perspective.

Solution of Trojan Horses:- Firewall software could compose invisible to user PCs.Firewall software too advise to user while programs on user PCs try to the attached with internet without significance. It will give information if user gets some virus.User should remove problems which are affected by Trojan horses threat.

So, P7 position is wrong.