8 Example of a DoS attack

9.2 Who are the perpetrators?

Figure 9 – Result of a successful DoS on a website

In this report the information will be based around a case study of an e crime against a SME (small-medium enterprise) that has taken place during the past 10 years. The story that has been chosen is the Raspberry Pi Foundation that was hit by DDoS attack on the 7th march 2013. The report will then explain how a cyber-criminal might have conducted this particular crime and try to assess the method and processes they might have used, including the tools, both hardware and software. While discussing tools, the report will show an example of how the tools are used to commit the crimes used from the story. The report will also show how you can defend systems from the attack that was chosen.

The aim of this report is to demonstrate an understanding of cyber-attacks that are used against small, medium enterprises, and the tools (software and hardware) they use to be able to carry out these attacks.

This report was compiled utilising secondary resources, including a variety of books obtained from the library, as well as internet sources such as website’s and PDF’s.

E-Crime Wales have documented that a Denial of service attack is one of the most common types of E-crime. (E-Crime Wales, 2012)

Denial of service attack was chosen because it’s one of the most common e-Crimes out there, it is also probably one of the easiest attacks to perform, the tools used for this type of are attack are freely available to find and download, easy to use and very powerful.

The company chosen was a SME and the attack was done in the last ten years.

E-Crime is a criminal activity where a computer or computer network is the source, tool, target, or place of a crime. E-Crime is not necessarily just for computing purposes; E-Crime’s can also be crimes such as – fraud, theft, blackmail, forgery and embezzlement. E-Crime is quite difficult to become aware of and also punish because of how difficult it is, and also because attackers are able to hack victims thousands of miles away. Due to E-Crime getting a lot bigger and technology is becoming more advanced, new threats are rising very quickly and are also quite difficult for companies and people to react to them. (E-Crime Wales, 2011)

In Wales alone it is estimated that attacks from e-criminals cost the economy around one billion. This includes financial loss, interruption of business, theft of valuable data, identity theft and a lot more caused by unauthorized access to systems. (Prior, N, 2013)

Types of E-Crime are as follows:

The main attack was the third attack of out of seven days. The foundation was attacked on the afternoon of the 3rd march, where the site was disrupted for about an hour. The foundation was then again attacked two days later on the 5th march, but nothing happened and the attackers gave up after a few hours, finally on the evening of 7th March 2013, the Raspberry Pi Foundation website was attacked by a nasty Distributed Denial of Service (DDoS) attack. The servers where hit by a SYN flood, a botnet that contained around 1 million nodes. This caused the website to become very slow, especially the forum pages. The website was also down for a few hours. This attack proved to be the worst out of the three attempts.

DoS refers to “Denial of service” attack. A DoS attack is an attack that can make a web resource unavailable to its users by flooding the target URL with more requests than the server can handle. That means that regular traffic on the website will be either slowed down or completely interrupted. (Bull Guard, 2012)

DDos refers to “distributed denial of service” attack. A Distributed Denial of Service (DDoS) attack is a DoS attack that comes from more than one source at the same time. A DDoS attack is generated using thousands can be up to hundreds of thousands of zombie machines. The machines used in such attacks are known as “botnets” in this attack there were around one million nodes in the botnet. The botnets are normally infected with malicious software, so they can be remotely controlled by the attacker. Attackers usually create the denial-of-service by either consuming server bandwidth or impairing the server itself. Targets are normally web servers, DNS servers, application servers, routers, firewalls and Internet bandwidth. (Verisign, 2012) 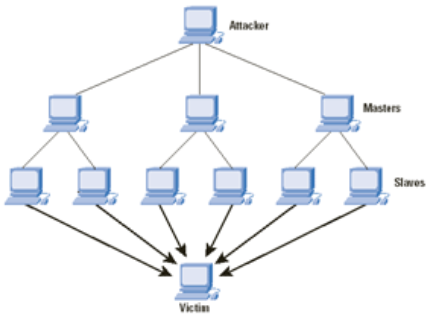 Criminals use bots to infect large numbers of computers. These computers form a network, or a botnet. Criminals use botnets to send out spam email messages, spread viruses, attack computers and servers, and commit other kinds of crime and fraud. If a computer becomes part of a botnet, then the computer might slow down and maybe unintentionally be helping criminals. (E-CrimeWales, 2011)

The attack used against the raspberry pi foundation was a SYN flood from a botnet. This is called a protocol attack. Protocol attacks include attacks such as SYN floods, fragmented packet attacks ETC. These types of attacks target server resources, firewalls and load balancers, and is measured in Packets per second.

A SYN flood DDoS attack exploits a weakness in the TCP connection sequence which is known as the three way handshake, SYN requests to start a TCP connection with a host must be answered by a SYN-ACK response from that host, and then confirmed by an ACK (ACKnowledge) response from the requester. In a SYN flood attack, the requester sends multiple SYN requests, but sometimes it doesn’t respond to the host’s SYN-ACK response, or sends the SYN requests from a spoofed IP address. Either way, the host system continues to wait for acknowledgement, binding resources until no new connections can be made, and then resulting in a denial of service attack. (Incapsula, 2012)

The High Orbit Ion Cannon is really not that powerful for single users if they want to attack a big organisation, Anonymous say at least 50 people need to attack a big organisation in order to take the website down. In this instance a single user could of used this type of tool to bring down the Raspberry Pi Foundation website for a few hours, mainly because the Foundation wouldn’t have (or very little) Anti DDoS software to have been able to stop the attack. (Breeden, J, 2012) 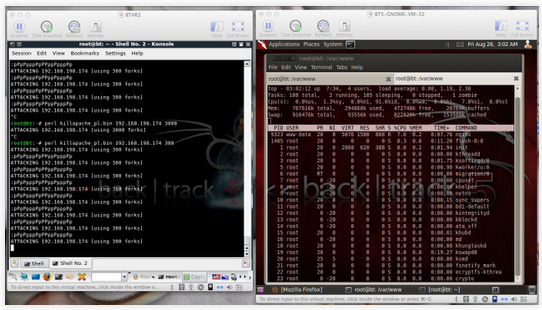 Apache killer is a DDOS/DOS tool written in Perl which sends HTTP get requests with multiple byte ranges, these byte rangesoccupya wide variety of portions in the memory space. Byte Range helps browsers or downloading applications to download required parts of files. This helps reduce bandwidth usage. While the script sends dozens of unsorted components in the request header to cause the apacheserver to malfunction. (Rafayhackingarticles, 2012)

If the attack is successful the results can be devastating and can end up in rendering the original operating system unusable only if the requests are sent parallel. (Hoffman, S, 2011).

There are a number of ways to defend against DDoS attacks: 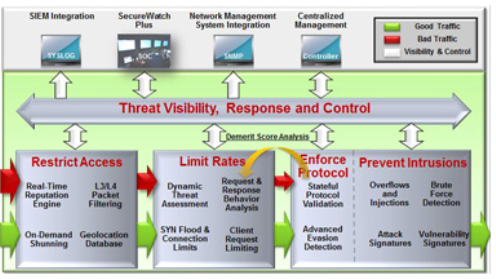 DDS detects and blocks all forms of DDoS attacks, including:

8 Example of a DoS attack

The following attack was performed in a virtual environment using DoS and DDoS software. In the example the DoS tool that was used was the Low Orbit Ion Cannon and Windows server 2008. 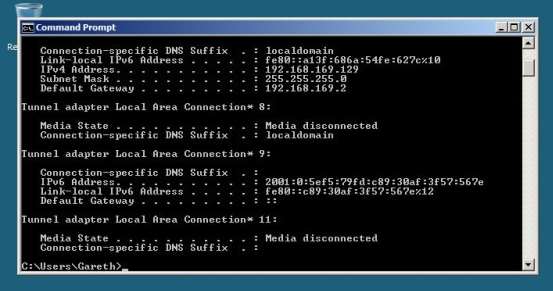 As you can see in figure 5, it shows a simple IPconfig command to show the IP address for the attack. 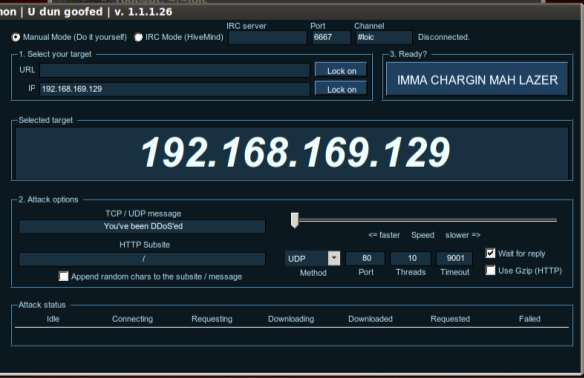 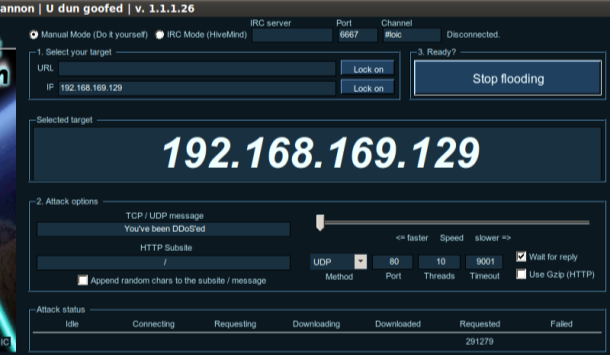 As from figure 6 you can see all the things are the same and ready to go. After clicking “IMMA CHARGIN MAH LAZER” you can see the attack is working by looking at the bottom of Figure 7 where it is showing the number of requests being sent. That number was just after around one minute of the server being attacked, so the amount requested would be a lot higher after around five minutes time which would probably be enough time. The purpose of Dos’ing a server is so that it stops any requests to that server, it sends multiple fake requests to the server stopping anything else being connected to it. 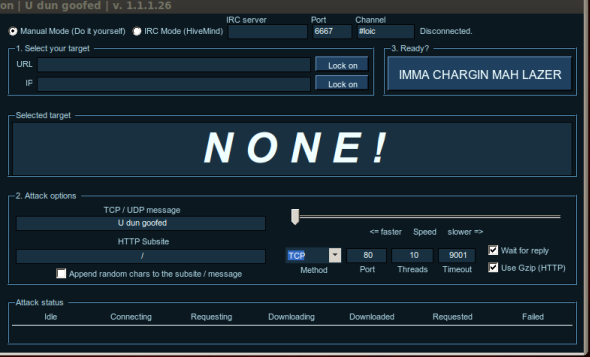 The Low Orbit Ion Cannon can also be used to DoS a website, by simply typing in the website you want to DoS in the URL tab, click lock on and then fire the cannon. The purpose of DoSing a website is by flooding the target URL with more requests than the server can handle causing the website to crash and to be temporarily unavailable.

Figure 9 – Result of a successful DoS on a website

If a DoS/DDoS attack is successful on a website then this is normally what you’ll see when you try to access the website, the DoS attack has clearly crashed the website and caused it to offline.

The Possible perpetrators could be a number of people or organised crime. Even though there is no evidence from the foundation on who was behind the attack or the location it came.

9.2 Who are the perpetrators?

Throughout the report it shows how frightening it is that any sorts of hacker or hacktivist group are willing to attack anyone. It’s scary to think that even charity websites are vulnerable to attacks. Looking at this attack the foundation is lucky that it wasn’t attacked by a bigger threat agent from a hacktivist group which could have caused a lot more damage. The report also shows how easy it is to get your hands on the tools that are commonly used, how easy they are to use and how powerful they actually are. The examples of the attacks show how powerful the tools can be, the Low Orbit Ion Cannon sends a high amount of requests to servers and websites in a short space of time.

Verisign. (2012). What is a DDoS attacks?. Available: http://www.verisigninc.com/en_US/products-and-services/network-intelligence-availability/ddos/ddos-attack/index.xhtml. Last accessed 20/03/2014.