Problem Statement: The impact of internet usage on the academic performance of adolescent students at St. Stephens College .

Statement of Problem: The study investigates how students of St Stephens College are affected by the use of the internet. St. Stephens College, located in Princes Town, Trinidad is known as one of the highest ranked academic institutions in the country. The school comprises of approximately 750 students, most of which excel at their studies. Most, if not all of the students attending the school has had some contact with the internet which could have an effect on their academic performance. It is believed that the internet helps students to be more involved academically, therefore improving the quality of work done by the student. There is also the fact that students can misuse the internet, be it cyber bullying or being distracted by it, which can negatively impact on them.

Purpose of Study: This study is geared towards determining if the use of the internet by students of St. Stephens College has impacted upon their academic performance and if so, how.

Internet – A global system of interconnected computer networks which bear a variety of information and services.

Academic performance- How well a student is accomplishing his or her tasks and studies.

Student – A person studying to obtain a higher education

The internet is a global linking of devices that allow information transfer. The internet was established in the early 1960’s by the U.S department of defence (Schneider, Evans and Pinard, 2006) for military purposes. It is a fact that the internet is one of the greatest advancement in the world of information technology as it has become a useful instrument that has fostered the process of making the world a global village. The Internet provides an environment in which millions of people participate and engage in the creation and exchange of information (Rose & Fernlund, 1997). It allows for the exchange of information and for interaction among individuals in real time, making transport and distance no longer a problem.

There are approximately 2.4 billion people on earth who has access to the internet with over 70 percent of them using the internet at least once a day. This amounts to a total of 144 billion emails being sent every 24 hours (internet world statistics, 2012). What started out as a hobby for some computer literate people has become a social norm and way of life for people around the globe (Boyd, 2007). The Caribbean consist of approximately 42 million people, 32.4% of which, use the internet (internet coaching library , 2012). Internet use has become very popular in many areas as well as in education in recent years. Accordingly, Internet access in schools has increased greatly over the last 20 years (Berson, 2000).

According to a journal of Education and Sociology done in Pakistan, Muhammad Musaud Asdaque, December, 2010.

The use of the internet is one of the major factors affecting the academic performance and social life of university students. The number of hours spent on internet will affect the grades of students depending on if the internet is used for study purpose or social purposes. Many studies have been conducted regarding the type of information the end-users seek and obtain on the Internet and in which circumstances they prefer electronic sources to paper sources(Tenopir et al.2003).Also , students can gain from others’ knowledge and experiences, participate in chatrooms, share ideas and solutions.

Teens spend approximately 2.3 hours online a day, 80 percent of that time, on social networking sites (Roiworld, 2010). Students who multi-task between social networking sites and homework are likely to have 20% lower grades than a student who does not have a social networking site in visual range (Lenhart, A, 2009, April). Also , many researchers believe that excessive use of the internet has the potential to become an addiction (Griffiths, 1995, 2000). Some, involvement on the Internet begins to have serious, negative consequences. When such consequences are minimized or ignored while Internet use increases, Internet dependence is occurring. As of 2005, it is estimated that 6% of users are Internet dependent (Villanova Counseling Center). The internet can act as a major distraction to students if not properly managed. However, some studies show that students’ primary use the internet for school work specifically, searching the web for information needed for school projects (Kraut et al, 1996). This in turn, can improve the academic performance of a student.

In order to carry out the internal assessment on the impact of internet usage on the academic performance of adolescence students of St. Stephens College, research had to be done using both primary and secondary sources of data. The primary data collection source used was a questionnaire since it allowed the person time to answer questions and it was also cost effective. The questionnaire was also used because it allowed for data to be analysed easily and was not time consuming. A questionnaire is a means of research, consisting of a series of questions and other prompts for the purpose of gathering information from respondents. The questionnaire used consisted of 14 questions, 3 of which were open ended questions. The open ended questions were used to obtain qualitative data from the respondents. The other 11 questions were closed ended and were used to obtain quantitative data on the topic. A total of 60 questionnaires were distributed randomly across forms 1 to 6 students. The random distribution ensured that there was no bias in the selection of candidates since each person had an equal chance of being chosen.

The secondary sources of data included the internet, books and texts. This was done to gain a better understanding of the problem which was being investigated 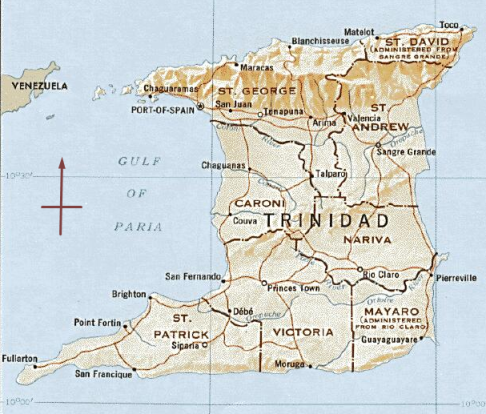 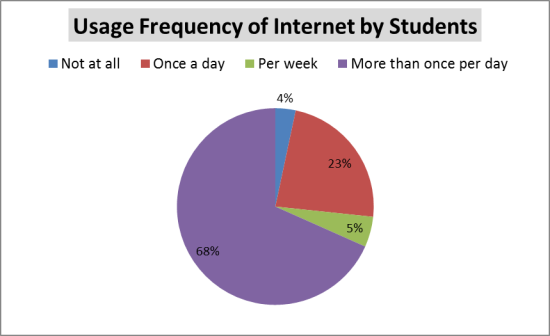 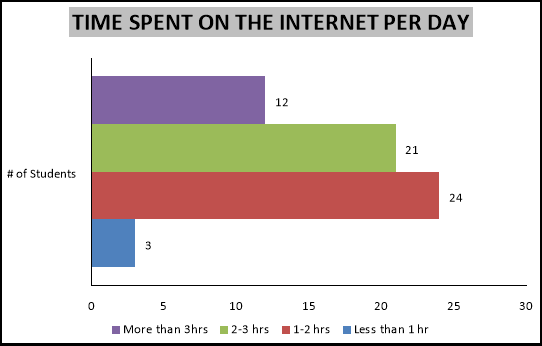 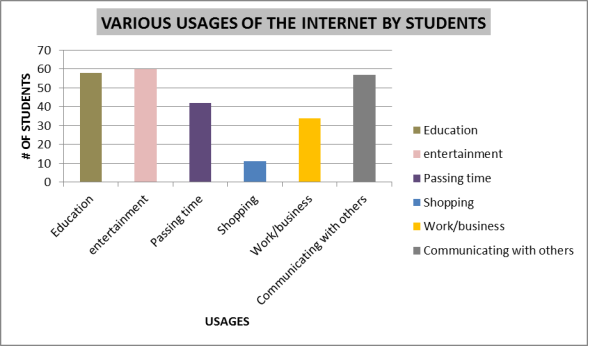 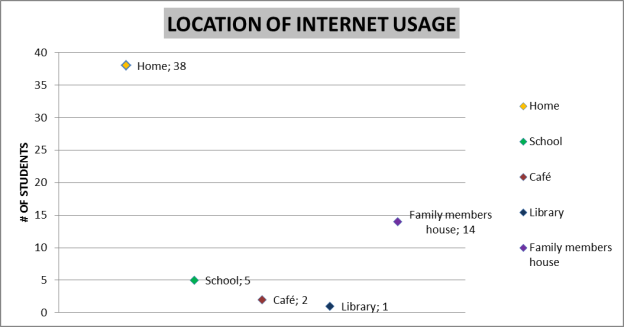 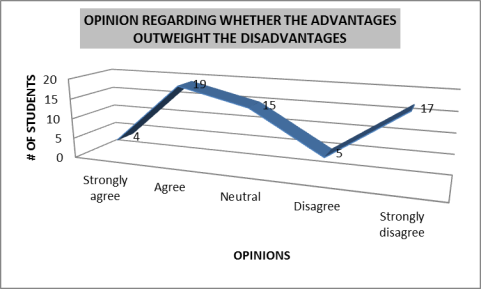 Figure 8: Diagram showing students who use the internet for aid in research 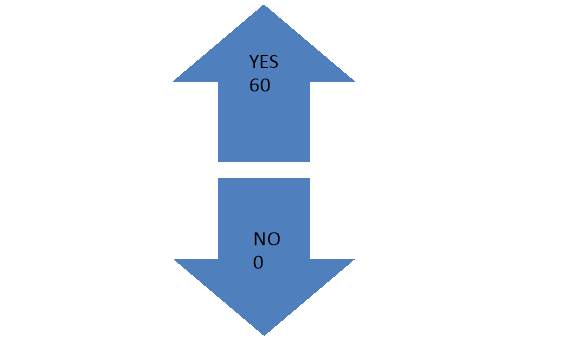 Figure 9: Diagram showing other means of research used by students 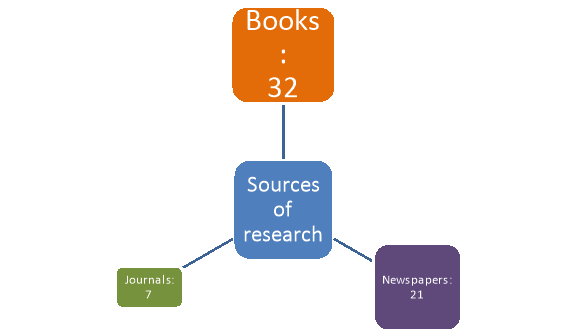 Based on the results obtained from the 60 students investigated at St. Stephens College, it was found that most students ( 68% ) partake in online activities more than once per day while only 4% of them do not partake at all. This shows that while most students do have internet access , some do not and are therefore not affect by the effects of the internet. As indicated by figure 2, a majority of the students who do have access to the internet also spend between 1 and 3 hours online everyday ( 45 ) while 12 spend more than 4 hours online.

The internet is used by students in various fashions as seen from figure 3. The number of students using the internet for education, entertainment, and communicating with others are almost corresponding. Coupled with the other activities as, passing time, shopping and work/business, it can be seen that most time spent on the internet is not for educational purposes. When the data from figure 2 and 3 are combined , it can see that 33 students students spend more than 2 hours online everyday and that most of that time would be spent idle and not constructive. However , from figures 8 and 9 , it can clearly be seen that all of the students that were selected, use the internet for aid in research, while in figure 9, students use more than one souurce of research. This included 32 choosing books, 21 using newspapers and 7 use journal as their source. Figures 8 and 9 show that students do accomplish work on the internet but not all information can be sourced there.

Figure 4 shows that while there are 21 students scoaring acceptable grades at end of the term examinations (60-100%), there is still an overwhelming number of students performing under par (0-60%). This includes 39 of the 60 students. The table show that there is likely a link between the use of the internet and academic performance of the students. Larger quantities of students idle online resulting in greater quantities of students scoaring below average.

The location of internet usage usually used by students are shown on figure 5. Most students use the internet either at their homes oor by a family member’s home. This accounts for 52 of the 60 students. The home is a place where most students relax and feel free and this may lead to them allocating more time idle on the internet as compared to a student who uses the internet at school where the use of the internet is controlled. The large quantities of students using the internet at home may be directly linked to the below average end of term examinations grades.

Many of the students indicated that the internet was useful when it came towards academic work (95%), while the other 5% said otherwise according to figure 6. On figure 7, almost equal quantities of students both disagree and agree with the statement that the advantages of the internet outweigh the disadvantages. A total of 23 students agreed while 22 students disagreed , 15 students were neutral about the topic. The data shown from both figures 6 and 7 indicate that while large quantities of students do believe that the internet is useful towards academic work , it is easy to be distracted and held at an disadvantage instead of focus and be at an advantage .

The main objective of this study was to carry out an investigation about the impact of internet usage on the academic performance of students at St. Stephens College. The findings from the research done, inficated that the increased quantity of students using the internet corresponded to the high numbers of students whith low academic scores. This also corresponded to the research article done by Ying-Fang Chen and Samuel C.Peng (2005-2006) as their candidates who had heavy internet usage performed poorly with respect to academics.

Overall, the results of this study compared to the literature review show that students are more negatively impacted upon by internet use as the internet, althought helpful at times, it a distraction to students.

Firstly, the sample for the study was selected from only one institute, therefore generalization of the findings to the total population is limited. Also, the study investigates the impact of the internet on academic performance. Other variables such as health, gender and social well-being may also affect performance, therefore future studies should not be as limited.

To reduce the negative effect of the internet on students, schools can inform parents to manage supervise their child’s internet usage to ensure that time is not wasted.

This questionnaire is designed to evaluate the relationship between internet usage and academic performance. Your cooperation in completing this study, your honest answers to the following questions would be greatly appreciated. As all responses are confidential, please do not sign your name.

More than once per day Once a day

Not at all Per week

Passing time Communication with others (not including email)

Very little Not at all

A moderate amount Very much