AN APPROACH FOR IMAGE DEBLURRING: BASED ON SPARSE REPRESENTATION AND REGULARIZED FILTER

Abstract–Deblurring of the image is most the fundamental problem in image restoration. The existing methods utilize prior statistics learned from a set of additional images for deblurring. To overcome this issue, an approach for deblurring of an image based on the sparse representation and regularized filter has been proposed. The input image is split into image patches and processed one by one. For each image patch, the sparse coefficient has been estimated and the dictionaries were learned. The estimation and learning were repeated for all patches and finally merge the patches. The merged patches are subtracted from blurred input image the deblur kernel to be obtained. The deblur kernel then applied to regularized filter algorithm the original image to be recovered without blurring. The proposed deblur algorithm has been simulated using MATLAB R2013a (8.1.0.604). The metrics and visual analysis shows that the proposed approach gives better performance compared to existing methods.

Deblurring is one of the problems in image restoration. The image deblurring due to camera shake. The image blur can be modelled by a latent image convolving with a kernel K.

where B, I and n represent the input blurred image, latent image and noise respectively. The âŠ- denotes convolution operator and the deblurring problem in image is thus posed as deconvolution problem [13].

The process of removing blurring artifacts from images caused by motion blur is called deblurring. The blur is typically modeled as the convolution of a point spread function with a latent input image, where both the latent input image and the point spread function are unknown. Image deblurring has received a lot of attention in computer vision community. Deblurring is the combination of two sub-problems: Point spread function (PSF) estimation and non-blind image deconvolution. These problems are both independently in computer graphics, computer vision, and image processing [13].

To unblurred an image the non-blind deconvolution blur Point Spread Function (PSF) has been used [14]. The previous works to restore an image based on Richardson-Lucy (RL) or Weiner ï¬ltering have more noise sensitivity [15 16]. Total Variation regularizer heavy-tailed normal image priors and Hyper-Laplacian priors were also widely studied [17]. Blind deconvolution can be performing iteratively, whereby each iteration improves the estimation of the PSF [8].

In [3] found that a new iterative optimization to solve the kernel estimation of images. To deblur images with very large blur kernels is very difficult. to reduce this difficulty using the iterative methods to deblur the image. From [1] found that to solve the kernel estimation and large scale optimization is used unnatural l0 sparse representation [1]. The properties for latent text image and the difficulty of applying the properties to text image de-blurring is discussed in [2]. Two motion blurred images with different blur directions and its restoration quality is superior than when using only a single image [5]. A deblurring methods can be modelled as the observed blurry image as the convolution of a latent image with a blur kernel [6].

The camera moves primarily forward or backward caused by a special type of motion blur it is very difficult to handle. To solve this type of blur is distinctive practical importance. A solution to solve using depth variation [8]. The feature-sign search for solving the l1-least squares problem to learn coefficients of problem optimization [9][10] and a Lagrange dual method for the l2-constrained least squares problem to learn the bases for any sparsity penalty function.

To estimate the deblur kernel, an iterative method to alternately estimate the unknown variables, one at a time, which divides the optimization problem into several simple ones in each iteration. Were performed more importantly, the dictionary D is learned from the input image during this optimization process. The algorithm iteratively optimizes one of K, D, Î± by ï¬xing the other two, and ï¬nally obtains the deblurring kernel. With the estimated kernel, any standard deconvolution algorithm to recover the latent image can be applied. The initial dictionary and the initial kernel value is convoluted and this result will be called as dictionary and this dictionary is subtracted by blur image. 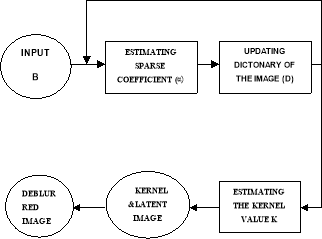 Fig.1 block diagaram for deblurring algorithm is shown in below

To follow the below algorithm to estimating the sparse coefficients of the given input blurred image.

In the knowledge of previous algorithm using the sprase coefficient to updating the dictionary of the image.

Consider previous algorithm to estimate the deblur kernel of the image and finally to recovered the deblur image.

After that the RMSE, PSNR, SSIM and visual perception were analyzed for various images.

To implement the deblur algorithm is simulated using MATLAB R2013a (8.1.0.604). The root mean square error, power to signal noise ratio, structural similarity index metric and visual perception were analyzed for various images. From the analysis, it is observed that the deblurring were efficiently performed.

Also carry out experiments with images blurred by randomly generated kernel. The existing deblurring algorithms are usually developed to deal with motion blur problems in which the kernels are oriented and simple. However, the camera shakes are complex and cannot be modeled well with simple blur kernels. This algorithm is able to recover the latent image with more details and better contrast.

The initial kernel K0 is set to be theGaussian kernel with Ïƒ =1, and Î“ is set as 1 and identity matrix I. The colour images are used for experiments and crop a small portion ( e.g. 512Ã-512 pixels) of the tested image to estimate kernel using the algorithm as given in Chapter 2.The regularized filter algorithm has been used to reconstruct image I. The ï¬nal deblurred image can be recovered once the deblur kernel is estimated.

The root mean square error(RMSE), power to signal noise ratio(PSNR), structural similarity index metric(SSIM) and visual perception were analyzed for various images. From the analysis, it is observed that the deblurring were efficiently performed for the use sparse representation of the image. If the accuracy of the estimated kernel is improved at each iteration, the proposed algorithm will ï¬nd a reasonably good solution. Further reducing the RMSE comparable to other methods.

TABLE 3:SSIM VALUES FOR OUR ALGORITHMS

From the analysis, it is observed that the deblurring were efficiently performed. Because of the ssim value should be less than 1.

In this paper, we propose an effective deblurring algorithm with dictionary learning using one single image were simulated. By decomposing the blind deconvolution problem into three portions deblurring and learning sparse dictionary from the image, our method is able to estimate blur kernels and thereby deblurred images. Experimental results show that this algorithm achieves favourable performance.

In future the deblurring algorithm is to be implement on FPGA with suitable architectures.