Software testing is the process of executing a program or system with the intent of finding errors or termed as bugs or, it involves any activity aimed at evaluating an attribute or capability of programming system and determining that it meets its required results. Software bugs will almost always exist in any software module with moderate size: not because programmers are careless or irresponsible, but because the complexity of software is generally intractable and humans have only limited ability to manage complexity. It is also true that for any complex systems, design defects can never be completely ruled out.

The basic goal of the software development process is to produce data that has no errors or very few errors. In an effort to detect errors soon after they are introduced, each phase ends with a verification activity such as review. However, most of these verification activities in the early phases of software development are based on human evaluation and cannot detect all errors. The testing process starts with a test plan. The test plan specifies all the test cases required. Then the test unit is executed with the test cases. Reports are produced and analyzed. When testing of some unit complete, these tested units can be combined with other untested modules to form new test units. Testing of any units involves the following:

A test case in software engineering is a set of conditions or variables under which a tester will determine whether an application or software system is correctly working or not. The mechanism for determining whether a software program or system has passed or failed such a test is known as a test oracle.

The various testing done on application software is as follows.

In this phase of software testing individual software modules are combined and tested as a group. The purpose of integration testing is to verify functional, performance and reliability requirements placed on major design items. These “design items”, i.e. assemblages (or unit group of units), are exercised through their interfaces using black box testing, success and error cases being simulated via appropriate parameter and data inputs. Simulated usage of shared data areas and inter process communication is tested and individual subsystems are exercised through their input interface. Test cases are constructed to test that all components within assemblages interact correctly, for example across procedure calls or process activations, and this is done after testing individual modules, i.e. unit testing.

The overall idea is a “building block” approach, in which verified assemblages are added to a verified base which is then used to support the integration testing of further assemblages, In this approach, all or most of the developed modules are coupled together to form a complete software system or major part of the system and then used for integration testing. Integration testing is a systematic technique for constructing the program structure while at the same time conducting test to uncover errors associated with interfacing. The objective is to take unit-tested modules and build a program structure that has been dictated by design.

The top-down approach to integration testing requires the highest-level modules be tested and integrated first. This allows high-level logic and data flow to be tested early in the process and it tends to minimize the need for drivers. The bottom-up approach requires the lowest-level units be tested and integrated first. These units are frequently referred to as utility modules. By using this approach, utility modules are tested early in the development process and the need for stubs is minimized. The third approach, sometimes referred to as the umbrella approach, requires testing along functional data and control-flow paths. First, the inputs for functions are integrated in the bottom-up pattern.

A particular example of something used or analyzed in order to depict a thesis or principle. It is a documented study of real life situation or of an imaginary scenario.

Haberman data set contains cases from the University of Chicago’s Billings Hospital on the survival of patients who had undergone surgery for breast cancer. The task is to determine if the patient survived 5 years or longer (positive) or if the patient died within 5 year (negative).

Confusion matrix of the classifier 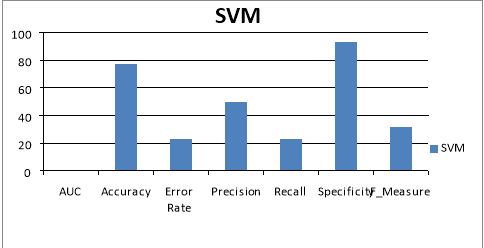 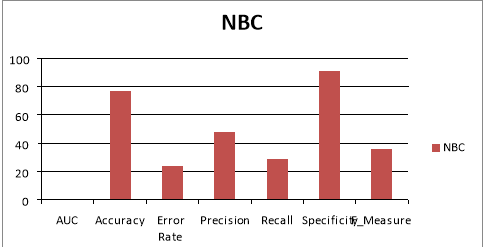 Tab 7.3: Comparison of SVM and NBC for various Performance Metric 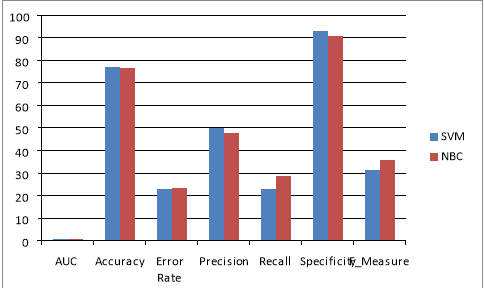 Fig 7.3: Bar Chart for Comparison of SVM and NBC

The titanic dataset gives the values of four attributes. The attributes are social class (first class, second class, third class, and crew member), age (adult or child), sex, and whether or not the person survived.

confusion matrix of the classifier 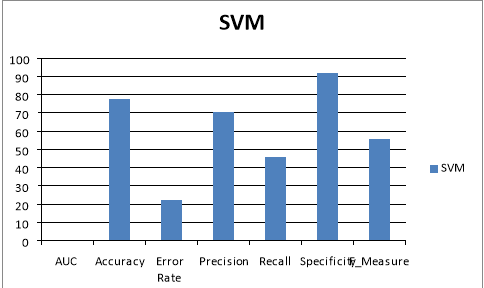 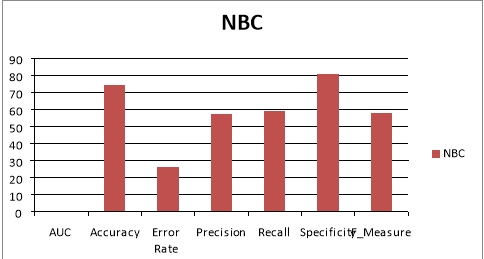 Tab 7.4: Comparison of SVM and NBC for various Performance Metric 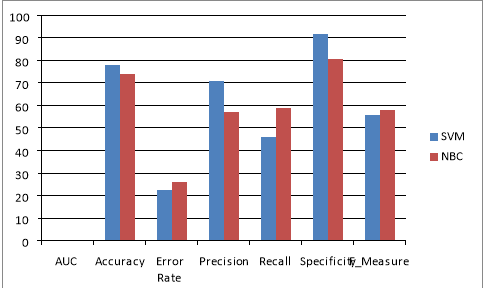 Fig 7.6 Bar Chart for Comparison of SVM and NBC