SOLUTIONS FOR THE PROBLEM

EFFECTIVNESS OF THE MODEL

The model that I have chosen to address the given problem is Victor Newman’s PROBLEM SOLVING PROCESS wheel (PSP) model with that of the IDEAL framework model. The PSP model involves problem solving process that is divided into 8 steps. These eight points can be used as reference to manage the problem in hand. The psp model breaks down the problem into eight areas which then can be handled more efficiently and easily. 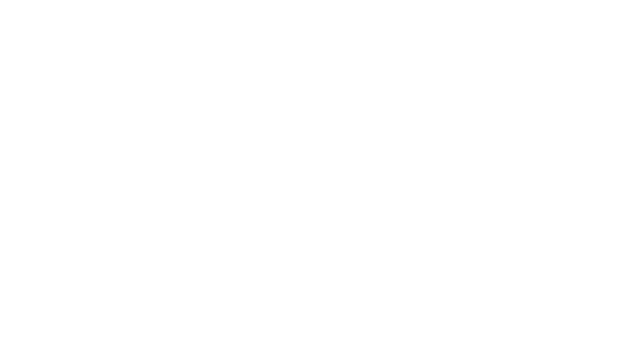 The GENERATION region having two steps-

The EXECUTION region comprising of –

The following steps have been shown in the diagram-

As I was going reading through net and various other sources I could related the fact that this model is similar to scenario where the captain in chopper has advantages as he can have a aerial view of the battlefield. That is it provides a opportunity to see big picture and manage our resources of time people and attention .The model helped me manage my tactics with background of a strategic model. So it enables me to give my attention on a particular area while simultaneously keeping in check the overall strategy. Its a combination of simplicity and accessibility. The model helps looks beyond the conventional techniques of problem solving to the underlying process. The eight identified stages explain how to recognize which technique is appropriate to which stage.

Also I have chosen IDEAL framework along with this model though in very little percentage, because this framework gives systematic analysis which is required in the given problem and also it involves anticipation.

The first phase is the foundation phase in this model. Foundation phase involves the identified problems which in the given problem are that the staff is huge and most members are not aware of GROUPWISE. A small proportion of the staff is also not familiar with e-mail, they are novices. Also small number of staff shares computers.

The data gathered from the given problem states that there is approximately a staff of 1200 .Most staff is familiar with Pegasus. Half of staff are academic, half are administration and management. There are three campuses of WINTEC in Hamilton, 1 in Auckland, 1 in Thames and 1 in Te Kuiti.

Now comes the generation part where various solutions are generated. Planning has been carried out carefully keeping in mind the minutest of details which have been discussed further in solving the problem section where varies ways of addressing the problem have been taken up. Though action will taken first before testing and rehearsing as only after action we will be able to analyze the pros and cons of solution.

SOLUTIONS FOR THE PROBLEM

First the staff of 1200 should be divided into sub categories of the pro users and amateurs/novice users. That is division of staff in terms of two groups which comprises of a first group that has high power users fully experienced in programming ,web designs and database management. This group ‘A’ should be further divided into groups of database managers, web designers and programmers.

The web designers will design a website for WINTEC so that various systems in different campuses can remain in contact. The programmers will design programmes so that data base of each member can be maintained along with salaries and fees respectively and other basic details .the last group will be of data managers will collect and maintain data from the program designed by programmers.

The Group ‘B’ will have those who are new to system, emails amateurs etc. this group will be further divided equally in number across all campuses. Each group will have minimum of two managers who will come from Group A to teach the basics of system emails etc to them on regular basis and monitor their report. Further division of the computer lab spaces into different categories according to usage will be there . An ordinary lab set-up where general software including documentation tools that do not require much computing power will be there. In this way the staff members who have never used GroupWise and those not aware of basics shall be able to learn and contribute.

Each campus lab will have a server which system which will be connected to the server of system in the other campus. That means there will be 6 servers in the network of WINTEC.

Installation of wifi routers in each campus should be made mandatory with high security concerns because GroupWise will be web based so as to make it accessible to whole of the staff. This will solve the problem of lack of internet access problem. The integrity and security brief for the net access will require a setup that would allow student and staff access from their labs by connecting through the campus network but restrict general student access and prevent any campus IT traffic running over the link. This concern will also be kept in mind.

Next big problem comes of installing and setup of the systems and soft ware across the campuses. Keeping in mind that regular teaching is not disturbed in campus which will include providing non disturbance atmosphere to the academic staff aswell.so all the installation setup should start April as this is the first month of break period and after that there are regular breaks in month of June which comes after May and then in September so starting installation in month of April will give adequate time to start process and work in full swing without hindrance as campus will be closed for students ,creating a win win situation for both students and academic staff and the installers. Though the work will slow down in May but again it can be started with full swing in June which is again a off month. as summer school runs from November to January, this April period will be the apt time to start installation across the campus of GroupWise application.

In this way the WINTECH will have it campuses transformed its computer lab to a place not simply where students and staff could learn how to use software tools, but as somewhere where they can experience the GroupWise.

EFFECTIVNESS OF THE MODEL

It is important that the model which is selected for analyzing and addressing the problem is simple yet effective in use. The PSP model has been very responsive to my needs of the given problem.the quality of the model to map problems and attack them has rendered the problem a easy hand.

Problem solving is usually very stressful. One is required to remember the process sufficiently as well as to picture it in one’s head and interpret it.

The eight step model provides easy way to given problem with giving ample space to plan and implement as well as develop ideas. Its effectiveness can be seen in the model working where one can draft initial problem, gather and analyze some data and confirm it. The models has steps in which data is gather and analyzed, which is important because often problem is overlooked when gathering of data is there which usually has step of taking action unlike this model which involves analysis.

The IDEAL framework was no matter how little but was taken into consideration because the problem required to take in to account the systematic analysis as installation was to be carried out in efficiently smoothly and cost effectively.

Basic points and ideas from:

generating a solution and points from:

model description and EFFECTIVNESS points were taken from: