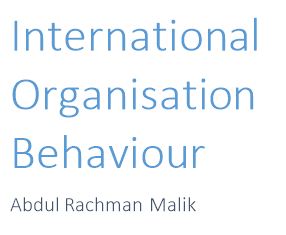 The connotation of words

The tone of the pronunciation

The management impression means an attempt to control and the atmosphere of the impression from other individuals. This 7 impressions are conformity, excuses, apologise, acclaiming, flattery, favours and association. This technique is always used in daily life or work place and other occasion.

Conformity means acceptance and consider the action that appropriate in front of other people to make other to enjoy the place, environment, and the other people around. For example, the acer company usually gather the employees to corporate with one another to get all the employees to feel accepted and feeling comfort towards the other employees, the work place and the environment around the work place.

Excuses refer to the person explanation about the event that made the person do something unacceptable to get their punishment not to severe. For example, the acer employees late to come to the meeting and made an excuses because of the traffic jam that happened. The other example is that the project is not finish because of some equipment is not delivered from the supplier.

Apologies means to admit the undesirable event with responsibility and followed by to get the pardon from the people related to the world and for the action itself. For example, if the employees do something unnecessary and got scolded from their manager, they always have to say sorry or apologies and listen to the manager advice.

Acclaiming means to greet the public with proud because of the excellence of oneself about the work they done perfectly and got praise from the higher rank person. For example, for the employees that have a good idea and get praised from the leader of the project and the employees will motivate to work harder and better quality.

Favours means to do something nice to someone to get the other acceptance and gain other people approval. For example, the manager ask their employees to report the group have done for the last 2 weeks because of the report the manager going to submit and to be the official report of acer group.

Association means to cooperate with other people to enhancing and to protecting each other about the information and the image of the people that are inside association itself. For example, the employees have to corporate to get the best idea with the best quality and the opinion about the other ideas.

This type of leader is where the leader know how worth the effort is and aware which reward the manager will give to the employees. The reward that manager can give to the employees are reward power or coercive power or in other word is punishment. This transactional have 5 factor. First, the leader knows and aware of the link between the effort and the reward, it’s obvious because this type used coercive power and reward power. Second is response to every present issues. Third is the leader control the follower trough reward and punishment. Fourth is the leader give the reward for the goals that setting by the leader to achieve and get the result manager desired, and the last one is leader is depends on the power they have over the employees to make the employees get the successful completion of the bargain. For example, the manager give a punishment to one of the employee because he did not give the report in the due date of the submission and because of that particular employees get reduced in his input or his salary or he can be demoted or terminated, usually the consequences is put inside the contract that employees sign before joining the company.

The barriers is caused by the differentiation of the body language around every country and it’s not limited to only body language but also all form of communication. This make for some people to confused with the people from other culture to make an association and to understand each other. For example, the acer is from United States of America, and they hired a lot of their employees is from other country and they usually misunderstand with some culture that Americans have, because of that some of the employees feel uncomfortable to talk and associate with other people.

The connotation of words

The tone of the pronunciation

The barriers is caused by the different of the way how to say things in every culture in the world such as the volume of tone at home, office, informal conversation, or formal conversation is different in some culture. For example, the tone of English speaker is usually lower that other language and the tone of Chinese usually not consistence in some pitch of the volume and if the tone it’s not in the right pitch the meaning usually change.

The barriers is caused by the differentiation of the people perspective from one culture with others. This trigger a lot of opinion of one single matter with one culture and the other culture is also made the people in one culture discriminate other culture. For example, the perspective of Indonesian and westernise is different, such as, drinking alcohol in public for westernise is common and it’s not disturb the norm in their culture but if we bring that attitude to Indonesia, you violated a lot of norm of religion and some of the laws.

According to Hatch, Mary Jo (1997), National Dimension means the unified understanding of organisational culture comes from the idea that are manifested the entire of one cultural system. This dimension is divided into 5 categories; power distance, individualism vs collectivism, masculinity vs femininity, uncertainty avoidance and the short-term orientation vs long-term orientation. This national dimension is different for one culture and other culture.

Everybody in this world is unique and implies that every single individual in this world is unequal because of some reason and accept the unequal rights that occur in the area. And one of the reason is the power one individual have over other individuals. This power distance is also have some factor for example power, wealth and prestige of one individual have in one country or area. Power distance is the name of this first of 5 national dimension. For example, the power distance for Taiwan is high, because of that the employees cannot have an informal event to ask their boss to and they have to talk formal and give their leader a lot of respect, but it’s different from united states that have low power distance. Because of that the Americans boss usually mix with their employees to have a party or even talk in informal form of language.

According to Hatch, Mary Jo, (1997), this point is where in one culture of the competitive competitor to be able to accept the gender issues and the gender roles in society. This gender issues mean the speciality of the man race to be superior to woman. For example, Taiwan have low masculinity points, woman it is not limited to only become house wife but can become a high rank manager in one company but for America that have high masculinity points, the women in America is prefer to stay at home and become a house wife and take care of the children.

This point means the relationship of oneself to other with some maintaining relationship. It also maintaining the good thing from the past to get the brighter light in the future of the work condition. For example, for Taiwan that have a high points in long-term orientation like to get their reward for their work in the future and to maintain some link with their former colleagues, in contrast, Americans that have low long-term orientation points, they like to get their reward as soon as their work done, they do not care about the future and they usually did not contact their former colleagues.

First we are going to talk about the equity theory. According to Stone, Raymond J (2005) that this theory states, all the employees of the company need to be treated equally and fairly and they have to receive the suitable outcome for them and their input according to the effort they make to make the company running. It also make the employees to be motivated and the outcome have to be equal with the efforts they had spent. This theory have 4 main factors that have to be fulfil. First, the one that have the equity or inequity is perceived. Second, comparison with others, means that the person have to know the effort they have to do and know the input is for them. Third, the effort the person used to fulfil the job to be achieved because the person bring their characteristic and this can decide how is the work going to fulfil. For example, the important job is given by the manager of acer to the most sufficient worker and give the easy task to the normal employees.

According to Ivancevich, John M. (2008), the expectancy theory means to give an equal reward because of their successful effort and result but also it motivate them to work harder than before. This theory is also have 4 important factors. First is first-level and second-level outcomes. The outcomes of first-level is that the employees will going to work harder and it increases the company productivity, reduced the absenteeism, turnover and increase the quality of the product itself. Second-level outcomes is where the first-level is fulfilled, what is the reward or the outcome for the employees going to get, such as, promotion or termination, reduced salary or more salary, or else. Second, instrumentality, means the perception of one individual have about the performance or the first-level are related to second-level or the outcome. Valence is the third, is the outcomes that have been predict by the individuals. And last factor is expectancy, means that the employees belief that the probability of the outcome of one particular behaviour is parallel. For example, the manager give more payment to the group that have the most brilliant ideas to give and give the prototype for the presentation in the due date.

The conclusion of this assignment it is that first, the management impression is an attempt to control and the atmosphere of the impression from other individuals. Second, the leadership its can choosing to rule with behaviour or reward and coercive system to motivate the employees. Third that with some of the communication in this world between one cultures to another, always have a barrier that make the communication to become misunderstand. Fourth, the norm of one cultures have is sometime different from others. And last that to maximise the outcome of the productivity the company can motivate their employees by a reward and coercive power or by become the advisor to give an advice to reach the peak of the company productivity