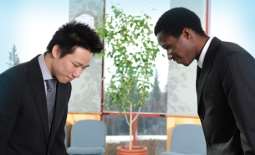 It is adamantly essential for us to watch out the way we communicate to each other as in the case of age, race, physical capability and reaction. We are required to focus on watching our formal language for example if in a foreign country. Certain words could stand for different meanings regardless of the way we pronounce them are being pronounced. Different physical body architectures or rather formal clothing could mean severe insults to certain cultures. Consuming different foods could mean a great insult to some cultures as well.

In order to avoid such things, cultural differences must be respected as a hideous part of an individual matters a lot especially if he or she is from a foreign country. Foreign language in the working environment must be kept at a minimum or not be used at all until working hours.

The most important part of the communicative network is the audience. It is vital for them to be involved in the presentations. A nosey part of the audience not being given a chance to express their cloud would feel neglected and fully ignored. Interactive quizzes can be improvised to enable it grab attention of an audience.

Question: Is the audience fully informed about the presentation?

Answer: The quiz is the only source of grabbing their attention and answering the unravelled question marks.

This is an important part of effective communication because the audience gets to be fully updated of the resourceful information via general involvement.

A barrier to this type of communication is inert forms of meetings that do not involve much audience interaction.

An autonomous or rather random forms of involving the audience in test and trial questions will always ensure that concentration has been captured from the start of the conference. The audience will also feel highly favoured for being given a chance to ask and respond to questions. 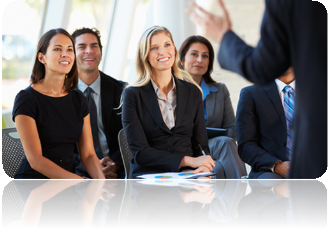 A barrier would be lack of audio devices that support interactive techniques, lack of proper location and appropriate accommodation to cater for a vast amount of audience.

The answer would be to try as much as possible to ensure that an organization force-feeds its financial department into providing the right location, proper accommodation and audience engagement mechanisms. 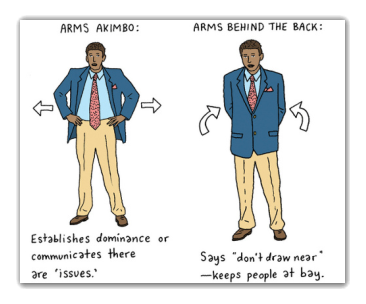 The urgent need for accomplishment in tasks that involve different targets require diverse submissive techniques. This also applies to sensitive counter-interactive tasks that exemplify human input in order for the same accomplishment. The cues applied by human input on computers for communication are American symbol writing or “smileys” that mimic Short Messaging (SMS) language on mobile phones. “SMS” on paper has become a common infection or rather writing habit by so many people.

A barrier to this one is extreme use of electronic devices on the market that support non-improvised writing.

The way to overcome this type of writing would be trying to avoid robotised short typing, have enough time for writing easily readable and mature writing. 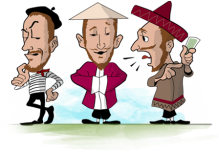 Instant No’s and YES’s paraphrased in meagre, instant communicative technology has become an infrastructure of the interpersonal skills. Some entrepreneurs love applying these sort of technology in seminars especially when they communicative across tables whilst in a seminar or conference. These can also be utilised by individuals with language communication difficulties or basically hearing problems. The languages come in forms of head nods signifying YES or NO, hand-waves signifying YES or NO, finger-rolling signifying DENIAL,ATTENTION or TENSION, direct face avoidance signifying FRUSTRATION or SHAME, cloak over face signifying SENSITIVITY, FEAR or LACK. And many others that are being performed.

A barrier to this one is extreme use of gestures, inevitable circumstances such as disabilities.

The way to overcome this would be to try as much as possible to learn the second party’s moral spectrums and forms of communication.

Sensitive forms of communication can be exchanged between individuals at some point but via explicit symbolism language known as emoticons. This is a strictly prohibited form of communication that might follow a wrong path and smudge official documentation.

Use of personal cell phones at workplaces especially official environment where these devices are totally prohibited.

Sentimental steps must be taken by the HOD’s to ensure that the employees leave the devices out of the office environment.

It is important for one to be skilful in his or her own writing especially in spelling and grammar. Your instructive form of writing should be smart enough to portray an employee that communicates well inside and outside the place of work. One is expected to be handling documents that will require professional writing that will require further grammatical emphasis besides the edification mode. One is expected to demonstrate extreme ability to use proper grammar in speaking and writing. One will be expected to communicate with clients via official paperwork and this will greatly demand a high qualification of spelling and grammar level.

A barrier to this one is lack of intensified professional official language training.

The way to overcome is have extensive training in a particular official language that is required in the working environment. 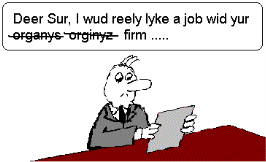 One’s composition should be professionally designed such a way that it is architecture in paragraphs, footers, headers, contains necessary references and accompanying hyperlinks if available. It is vital for the writer to act as the reader himself and make his writing as presentable and easily understandable as possible. A great writing is one that is attractive to the eyes of the reader and does not “dim” him out.

A barrier to this one is mismanagement of writing infrastructure without the use of proper interdivisional architecture.

The way to overcome this would be to utilise readily available formatting tools within typing programmes. 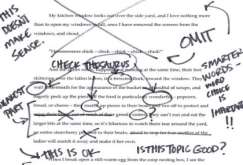 It is important for every person to review his or her work before finalizing it so as to clarify unforeseen mistakes encountered along the way whilst typing. This is deeply important in a working environment especially in the Web Designing working environment because what is being typed without further clarification might end up in the eyes of the public in error.

Barrier to this one is human ignorance on readily available devices that provide proper reviewing.

A way to overcome this would be assigning specially assigned task reviewers in a job environment whose work is to ensure that nothing goes unattended like reviewing and editing.

Mechanisms That Can Reduce Communication Barriers

Ensure that correct official language construction is maintained in your writing in order to create a diverse understanding. Avoid pigeon or rather chat session like communicative language that comes in only shortened words. Poor grammar and spelling in writing discredits the writer plus it paints a bad moral aspect.

Plays a very vital role in ensuring that individuals thirsty for further research on a particular discussed matter after noting them down. Information is noted down for future references in case of emergencies.

Abuse is one of the greatest destroyer after fire damage in communication. Politeness and quite approach towards fellow peers is a highly valued attribute.

In this familiar unit, regular use of personal devices in working areas or rather environments is a great havoc. This causes a great barrier and in order to eliminate, one must apply totally switch off this device. If this does not work at all, then the involved disturbed parties must move to a secluded, quite area away from noise and disturbance.

For a peaceful working environment, away from excessive noise and disturbance that is hard to avoid. The management is determined to ensure that noise reduction amplifiers are utilised. And that all personal devices are kept on silent mode.