On January 28th, 1984, Sudha Chandran stood behind the curtain, staring at the crowd nervously and waiting for the crowd to settle down. It had been a while since she had danced on the stage. The accident had not only left her dejected but also left her fans sceptical about her ability to return to the sacred dance floor. How can a single-legged person dance Bharatnatyam, one of the most intricate Indian dances? 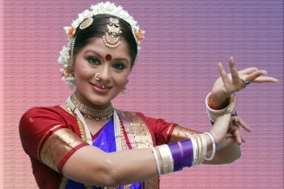 She proved everyone wrong. Her dance left the audience spellbound. Sudha was known to have this captivating effect since childhood. The young Sudha was a plethora of talent. She was born on September 21st, 1964 in Mumbai. She is the only child of K.D. Chandran and Mrs. Thangam. Her mother was an exceptionally good singer and her father was an art lover. They instilled in her the love for singing and dancing. Sudha started dancing at the tender age of 3. Seeing how well Sudha was dancing on her own, her father took her to the famous dance school of Mumbai, ‘Kala Sadan’.

The principal of the school refused to admit Sudha as she was below the age-limit. Her father pleaded with the principal to at least see Sudha dance and then make the decision. Needless to say, the principal was mesmerised with Sudha’s dance and immediately admitted her in the school. Here, her talent was nurtured under the guidance of her teachers. By the age of 17, she had already performed 75 stage shows and gained popularity for her effortless and graceful dancing.

Her parents were her support system. They were very particular about her studies and wanted her to be the best in whatever she did. Her mother left her job and stayed at home so that Sudha’s upbringing was not compromised. She made sure that Sudha went to school, completed her homework, went for the dance class, ate healthy and slept on time. There was no scope of lack of discipline in Sudha’s life. Life was not always dull for her. She was always full of life and made life-long friends during her college days. They went to watch movies together and have road-side food.

Life took a sudden turn on 5th May, 1981. She was travelling overnight for a pilgrimage with her parents when her bus collided with a truck resulting in the immediate death of the driver and severe injuries to the passengers. Sudha’s legs were stuck in the wreckage. She was admitted to a government hospital in Trichy, Tamil Nadu. Initially, the doctors thought that she had a minor fracture and treated the leg by putting a plaster on it. It turned out to be a huge mistake. When she went for a check-up to a hospital in Chennai, then Madras, the doctors found out that a wound had not been cleaned properly and, with the plaster on, it had developed gangrene. Whenever gangrene develops in the body, the body part has to be amputated to save the person’s life. Sudha’s leg was amputated in order to save her life.

It left Sudha’s heart filled with sadness and her body without a limb. For a dancer, especially of her calibre, it was a major setback. As she couldn’t dance anymore she put all her efforts and energy into studies. She had already finished her B.A degree and was pursuing her M.A in Economics from Mithibai College, Mumbai. The family was heartbroken. Her family had dreamt big for their only daughter. However, no one showed Sudha any pity. They might have been hurting inside, but when they sat together they would talk as if nothing had happened. This helped in avoiding any scope of sympathy and pity for her disability. It was a tremendous attempt to treat her like a person without disability. Through these trying times, her major source of inspiration was her father. He never showed any sign of pity on her daughter and still expected her to have a good life. She learnt to draw strength from her pain. She tried to walk with the help of the crutches as she refused to use a wheelchair. Six months after the amputation she came across an article which changed her life and staged the rebirth of an outstanding dancer.

Dr. Sethi was gaining worldwide popularity for manufacturing artificial legs known as the ‘Jaipur Foot’. She could manage to get an appointment with Dr. Sethi, but only after a week because of his busy schedule. Meanwhile, she convinced her parents and set off for Jaipur. Dr. Sethi was stunned by her determination. She refused to leave for Mumbai without getting a foot. He listened intently and understood her requirements. Due to many positions of the foot while performing Bharatnatyam, she needed a more flexible foot than there was. Dr.Sethi created the foot with many nuts and bolts so that it could be bent in any position. When Dr. Sethi presented her with one of the kind foot, Sudha asked him if she could dance again. Dr. Sethi wore the foot and did two dance steps to demonstrate what the foot could do. Sudha knew that the foot would give her, her life back.

She practiced dance, wearing the artificial foot, for several hours a day. At times, the pain would be excruciating and often it would bleed, especially when the movements of the foot became fast. But, that didn’t stop Sudha for making her dream a reality; once again. She was surrounded by people who believed in her, especially Dr. Sethi and her parents. Dr. Sethi believed in her and her strength to withstand any adversity. With the support of her loved ones and Dr.Sethi, her confidence and desire to perform on the stage started to return.

On 28th January, 1984, after two years of dance practice with the ‘Jaipur Foot’, she performed on the stage at the ‘South India Welfare Society’ of Mumbai. By the time Sudha finished her stellar performance, the entire audience stood up to see the dance of willpower. They could not imagine that a person with an artificial limb could perform such delicate and fast-moving steps. According to Sudha, ‘Once I was on stage, I forgot about my artificial foot. I could only remember that I was performing after a long time and that I had to give my best. The audience’s energy got transformed into my energy.’

Her life inspires people from all walks of life. Ramoji Rao, a Telgu producer approached her with a script titled, ‘Mayuri’ which was loosely based on Sudha’s life. She agreed to play the lead actress and overnight she became a star after the release of the film in 1984. She was presented with a special award ‘Silver Lotus’ and a sum amount of 5,000/- for her role in the film ‘Mayuri’ at the 33rd National Film Festival. In 1986, Ramoji Rao made a Hindi version of the film and titled it ‘Nache Mayuri’. The film was enjoyed by the audiences all across the globe, adding to her popularity. Through ‘Mayuri’, her inspirational story was able to reach out to millions of people across the globe. She believes that everything happens for a reason. She did not let one setback in life ruin her future, “The accident was a blessing in disguise because without it I would have been just like millions of other dancers. But, dancing with the Jaipur foot makes me one of a kind.” 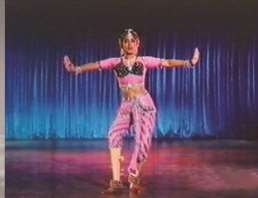 Over the years, she started concentrating more on her acting career. She became part of the small screen and film songs. During the shooting of one of her films, she met Ravi Dang, an assistant director back then. Since then, they have been inseparable. They both provided emotional support to each other. Ravi Dang now manages her dance academy called Natya Mayuri Sudhachandran Dance Academy which is in Ville Parle, Mumbai. She has also established herself as an actress in both on the small screen and in the films. Her name will always be synonymous with courage and dedication. If one thing can be learnt from her life, it is to never give up.