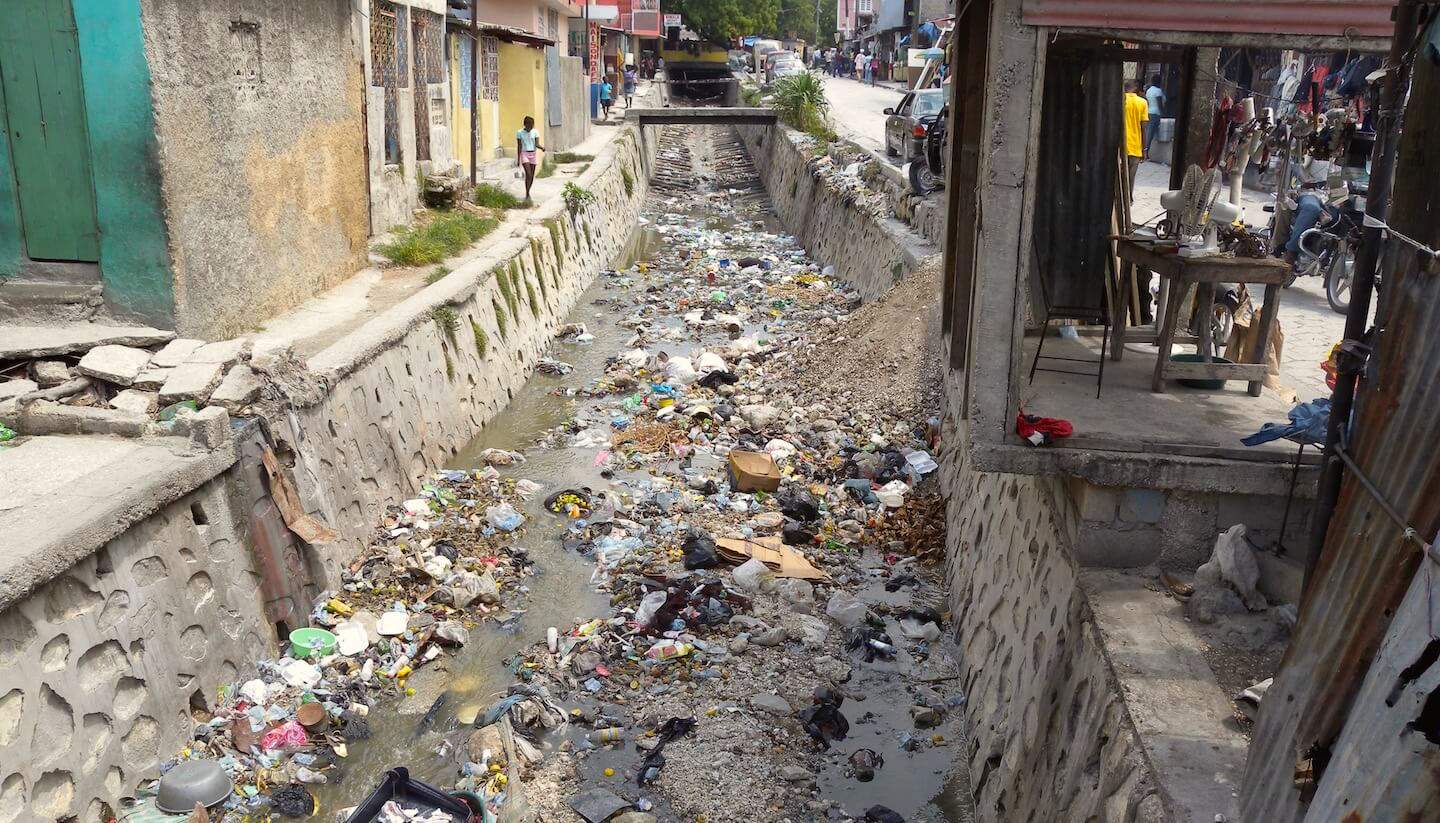 The Place I Called Home

Haiti is a country on the island of Hispaniola near the Caribbean Sea. Haiti have a rich cultural heritage that reflects on its traditional customs, particularly in art, music, food, and literature. Its  home to 10. 9 millions natives and continues to produce glorify works of art and beauty. Haiti’s  customs and culture is in bedden in my roots  and something I claim with my whole heart. Even though haiti consists of various beauty, the media and society portrayal haiti as poor, trashed embottle country. .  The artistic  piece from “Restoring the Spirit: Celebrating Hatitan Art” curated by Ruma Girnius represents a vivid, realistic outlook of Haiti compared to the image of Haiti that is reflected by the media.

The Haiti Legacy began during late 17 century.  The Haitian revolution was the first successful revolution led by self liberated slaves against French colonial empire.  The revolution began on August 22 1791 and was led by former slave Toussaint L’Ouverture. The rebellion was more of a massacre than a revolution. They burned the plantation to the ground and slaughter French troops while chanting “Koute vwa a nan libète ki ap viv nan kè yo nan tout moun” which

translates to “Listen to the voice of liberty that lives in the hearts of all.” They marched to the beat of the earth and grew  inspired by the declaration of the right man. After a 12 year battle, Haiti was declared the first independent black led country on January 1, 1804 ,  Haiti’s Independence attracted  global attention and symbolize hope for the enslaved blacks around the world.  The painting from the “Restoring the Spirit Celebrating Haitian Art” curated by Ruma Girnuis, represents  the  self established independence and peace the natives not only fought but bleed for . The  atmosphere, that flows through the work of art , gives an opposing outlook of Haiti  through a native´s  eyes. While some may view Haiti as a crippling economy, The natives view Haiti as a symbol of freedom, hope and community.  The land is soaked with their  blood and the wind  still whispers their  cries. Even though tragedy  always struck, Haitians will always stand  for their country

Beyond the dirt speck road and lumps of plastic trash captured  by the forgein press, Haiti  embodies overwhelming natural beauty and life changing scenery. It may not be written  on the welcome sign, but Haiti consists of historical monuments, golden shores, mountains peaking through lush vegetation and blissful waters. Haiti is a gorgeous paradise located on one of the largest islands in the  Caribbean and shares its borders with the Dominacan Republic.  In 2010, An earthquake with a magnitude of 3.3 hit the island and affected the lives of 3 million people. This earthquake was the most devastating disaster to ever happened  to this  country. About 250,000 lives were lost and 300,000 were injured. This natural disaster took over the media by storm and warmed the hearts of millions . The rehabilitation  of Haiti consists of nationals  government and nonprofit organizations from all over the globe.  They arranged to  send relief and emergency supplies to earthquake’s danger zones.  Since 2010,  Haiti still undergo a slow and painful recovery.  Even though there are areas still impacted by the earthquake, Haiti’s rich scenery still remains intact. ¨Why come to Haiti?̈ Because it is overwhelming. Itś out of your  comfort zone, Because it will shake you. That’s why you should come.̈ stated by Jean Cyil Pressor, Travel operator  and tour guide. The  seductive waterfall of Bassin,Bleu, the white sandys beaches of Labadee, and  the angelic brick walls of San-Souci Place are

paintings “Restoring the Spirit Celebrating Haitian Art” The artist painted the calm delicate ocean that slowly drafts into  the sand and the spring of color that pops behind the pitch  green landscape which captures Haiti ́s often overlooked beauty.

Along with overwhelming and breathtaking scenery, Haiti has a rich vivid culture. Before , there was Haiti. In the 1940s and 50s, Port-au-Prince was the source for intoxicating blend of music, gothic architecture, and vibrant colorful art. This inspired  Hollywood’s greatest artists and musicians.  The culture of Haiti is a mix of African, European and Spanish elements due to the French colonization. . Combining religion and art has helped Haitians heal from tragedy and find their strength and spirit.

Although the culture and regions hold vast beauty It’s still a developing country. According to the article, “Reason Behind Haitians Poverty ̈ by Karen Fragala Smith, ̈Haiti was   the wealthiest colony in the New World and represented more than a quarter of French economy ̈   During the 20th century, Haiti wealth was demolished from decades of American occupation, corruption,  HIV epidemics, and natural disasters. Haitians are struggling to obtain proper education and medical attention.  The trashed streets and rugged lifestyle are often captured and bashed by the news media.  The President of the United States even refers to it as on of the ¨Shit hole Countries”

Even though Haiti is struffering, The natives continues to celebrations its pride and  all the amazing accomplishments they achieved throughout the years.

In conclusion, Haiti is a rich, stronger hearted country, that overcame natural disasters and painful tragedy.Through mediums of art, tradition, community, and the land itself, they find aspirations for a better future. The outlook of Haiti through foreign eyes and media press may convey a cripple, dark and twisted county, but it will always be more. It’s a land where the sunset blaze the blood of their ancestors across the sky, where the oceans whisper stories of new and old,  where the beat of the drummers cries from its soil, and where its name will always be known as home.