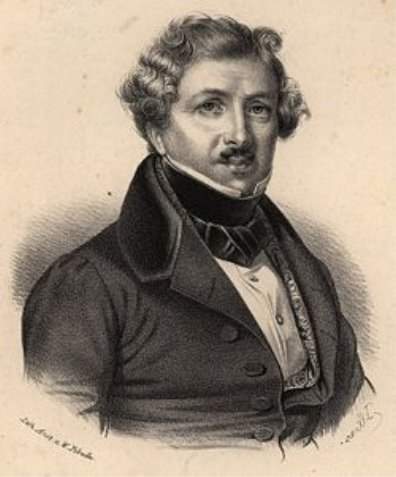 This essay will investigate Louis Jacques Mandé Daguerre focusing primarily on his work and his contribution to Photography. Furthermore, this investigative study concentrating on the social, technical, and aesthetic context of his work will explore how he has earned himself the title of a photographic pioneer. Daguerre earned the title as a result of his successful development of the first practical form of permanent photography. (Telegraph, N.D).

Louis Daguerre was a founding father of photography who was born on the 18th of November 1787 in France. (Mpritchard.com, n.d.) Although Daguerre is now known as a pioneer of photography, he initiated his career as an artist serving first and foremost as a student learning from the leading designer of the Paris Opera. Subsequently, Daguerre assisted the painter of the opera’s magnificent panoramas. The salon exhibited Daguerre’s work in 1814. Only then he could initiate his work as an independent stage designer. He co-founded the Diorama, a means of entertainment based on large paintings on semi-transparent linen through transmitted and reflected light. The lighting may be controlled by various changes of seasons or times of day, and these spectators could witness the implementation of those changes in action. The straightforward camera obscura involves the process of light seeping through a minor opening which can then be facilitated onto a screen to create an exact picture of the subject being exterior to the strongbox or room. Thus, making a difference in Daguerre’s interest in chemically settling pictures (Madehow.com, n.d.)

In his paper Robinson (2016), reveals ‘after the Niépce’s passing, with whom Dauguerre had previously collaborated, Daguerre continued to experiment with the camera which eventually resulted in the invention of the process that was ‘the daguerreotype’. Pinson (2012) states the ‘Daguerreotype was the process in which a permanent photograph, using mercury vapours and iodine – sensitised silvered plating, is achieved. The viewer of the photograph is observant in this scenario due to their ability to identify the picture floating in comparison to other flat photographs - the illusion of reality is what intrigued the viewers. (Anon, n.d.) The image sits on a mirror-like silver surface and is preserved under glass and appears as a ‘positive or negative’ print, depending upon the angle from which the darkest area of the image is bare silver. Those lighter areas have a texture which shows the process of scattering light. This type of photography has a gentle surface and will suffer effortless damage with the lightest of touch.

Ewer, 2008 writes in Gaucheraud, “Fine Arts—The Daguerreotype,” 6 January 1839′, “We have great joy in declaring an important revelation made by M. Daguerre, the distinguished painter of the Diorama. This discovery seems like a prodigy; discombobulating all the theories of science in light and optics and, if accepted, will make a genuine promise to revolutionise the arts of design”. To set the scene, it is 1989 and a crowd had congregated collectively outside the ‘Institut de France’. In the middle of the room in the academy of science and arts, there sat three distinguished men: Louis Daguerre, Isidore Niepce and astronomer François Arago”. (Barger, S. and, White, 2000). The moment in which the revelation of the daguerreotype come to light would prove to be the moment that would change the medium of photography.

Malcolm Daniel, a distinguished specialist of photography, explains with certainty and distinction the ideology of the daguerreotype. First of all, ’highly polished, silver-plated sheet of copper, sensitised with iodine vapours’ are materials you need to complete this process. Then those materials need exposure in a camera obscura which is ordinarily used by painters and artists alike who could glance into what looked like an inverted sense of realism. To ensure the development of the daguerreotype it requires exposure to mercury fumes stirred with salted water. (Daniel M, 2004). Routinely, the object would be framed and often protected with glass. This monochrome picture which could sometimes be hand coloured (Isenburg, M. 2001) and was entirely reliant on upon processes that were both from a chemical and mechanical perspective.

According to Maison Nicephore Niepce. N.D, the first images captured were still life photographs or of landscape variety. The prolonged exposure time of the daguerreotype had proven that people could be captured in photographs. As the exposure time condenses, the images start to represent that of human figures. Before Daguerre’s invention, painting and engraving were the only recorded methods of mass reproduction of art. Many of these daguerreotypes were reserved for those that were wealthy and upper class. They could conserve it as if it would stand through the tests of time. (Mattiso, B. N.D) However, daguerreotypes had a use for an unusual type of photographs which included examinations of autopsy results. Roche, G, N.D a columnist for Premiere explained, ‘post-mortem daguerreotypes were motivated from the artistry of ‘memento mori’ that had previously been utilised to great effect in painting’ . Memento mori was a generalised way of accepting death, for its literal meaning is remember death in Latin. The Daguerreotype functioned as a permanent ‘fix’ for those who wished to maintain the memory of the dearly departed. Daguerre had preserved life, humanity and had immortalised them. Daguerre had found the answer to relieve their heartache: his invention. As a result of this, the daguerreotype had become ubiquitous; frequent use concerning this type of photography had played an essential role in media outlets such as newspapers and magazines. His invention was widely acclaimed and sought after due to its rapid success. Sekula (2014) emphasised that the daguerreotypes worldwide success, originating in Europe and gaining popularity in New York, owed itself to the grand design and presentation by Louis Daguerre.

Despite its success, the daguerreotype lived for twenty years; the daguerreotype had several faults and shortcomings that made it susceptible to competition from emerging technology. To obtain a picture, it took between three and thirty minutes to obtain a fully developed photograph. (Danforth, n.d.) Compared to modern digital photography, this process is a dull task for those that prefer to work at a swift pace. From my perspective as a modern photographer, the task of remaining still seems to have proved tedious for those subjects, thus justifying the lack of expression displayed in historical photographs. The fragility of the daguerreotype was problematic. They faded over time and needed restoration to revert to their former glory.

These photographs could not be duplicated; for every daguerreotype was distinctive in its own way. The only method to distribute these photographs amongst peers was through the act of seeing or viewing. Moreover, new competitors had arisen, thus adding to the flaws that already existed concerning Daguerre’s invention. These new rivals had marked the culmination of the daguerreotype, more notably the calotype device in 1841, and prosecuted those who used the calotype, preventing it from spreading as quickly as its counterpart. Another factor that made the calotype so popular was its printing process as a result of the use paper and proved more sustainable.

‘Boulevard du Temple’ is the first recorded image documenting a person by Louis Jacques Mande Daguerre, c. 1838. ‘Boulevard du Temple’ captured a shopper getting his shoe polished by a shoe polisher in a seemingly vacant street in Paris; it was recorded on a copper sheet coated with bare silver and later on was developed with mercury fumes. The twist and turns of the bustling avenues of Paris were captured by Daguerre. Bellis (2013) stated that the shutter speed used for ‘Boulevard du Temple’ was between ten to fifteen minutes. Therefore, those who were not fixed did not appear on film due to the length of its shutter speed. Had the exposure been anything less than a couple of minutes they would not have been seen in the frame of the image. These two individuals are placed aesthetically, thus mirroring the position of the compositional rule of thirds technique.

To conclude, the investigation concerning the influence of Louis Daguerre in the world of the ‘arts’ has, in my opinion, been successful. It has proven that his work has changed how we perceive photography; he has revolutionised it! Daguerre has also paved the path to contemporary photography. It serves part of our everyday lives. Photography ranges from being used clinically to being used for advertisement purposes. Furthermore, the up-rise of social media has aided the development of photography while playing a significant role in the distribution of photography. Without Dauggerres invention, photography would not be the medium we have now come to know. Daguerre explicitly demonstrates the way in which an inventor chooses to publish their creation is imperative to its success. The decision to publish one’s findings – a decision an artist must consider – is entirely a decision that must be fueled by their judgement. However, one may decide to mirror Talbot’s behavior and may decide to keep their findings private. Despite this, it has become clear that regardless of whether a development spreads at a fast pace, it does not ensure that its successor will not outperform it. Although there was no elongated timeframe with the daguerreotype, it will remain a poignant turning point in photographic history.