Walter Benjamin argues, “that which withers in the age of mechanical reproduction is the aura of the work of art” (1999: 223). In or after the ‘age of mechanical reproduction’, are notions of artistic originality and authenticity still relevant? Refer to the ideas of Walter Benjamin and either Melissa Gronlund or J. A. Walker to support your discussion.


Before we discuss whether authenticity in art actually matters, it’s important to understand the meaning of “original” or “authentic” artwork. It’s often defined as a work of art that has not received from others nor one copied based on the work of others. If we consider this definition to be true, original artwork does not exist.

We have been bombarded with visual content since the day we have been born and have learned to build from what we see, therefore, the process of “borrowing” occurs naturally.  We would not even know to pick up a paintbrush had we not not seen someone do so at some point in our lives. So, the truth is that “original” artwork has been borrowed from hundreds of sources that even the artist might not know about. We are all part of a living visual history.

Benjamin used the word “authenticity” to describe art that had a “presence in space and time and a unique existence in the place it happens to be” (Benjamin, 1936, p1234) By this he meant that the one thing that is not reproducible is the experience of it’s creation, the history of the places it has been and the owners that have owned it, as well as factors like the time period it has been created in. It is impossible to imitate these parts of a piece of art. If we consider an art forger that creates replicas of paintings, he would not have had the same thoughts as the original artist would have, at the time of painting, nor would he have been in the same place and obviously, not in the same time period. All those elements are part of the artwork’s history and thus, part of itself. This part, he called the ‘aura’.

The aura of a work of art

Benjamin is attempting to explain the effects of modernity on art in particular. He believes that mechanically reproduced art cannot retain the aura from the original. A photograph does not have an aura while a painting does. To put things into perspective, a photograph is an image of an image, from a painter’s point of view. A painting is as original as it can get. Similarly, a digital piece of artwork also does not possess an aura. With digital art, the concept of it existing in ‘a particular space and time’ is almost negligible as it only exists on the plane of ‘cyberspace’ as we would call it.

So if the sense of aura is lost in mechanically reproduced art, what takes its place? Here, Benjamin says that the void that exists in the absence of the aura leaves us room to politicise the art, and raise several issues in place of it.

Romantic as that sounds, it’s not a said and done thing. Personally, I believe that an “aura” or an essence exists anywhere meaning does.

The Age Of Mechanical Reproduction:

The mechanical reproduction process started in ancient Greece with invention of wood cut. Wood cut could quickly produce the same ink print on various materials like wood, paper and cloth. Then came the invention of the lithograph and then much later, processes like photography and film came into practise. (Benjamin, 1936) 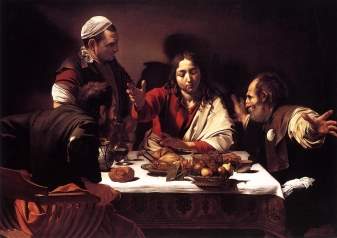 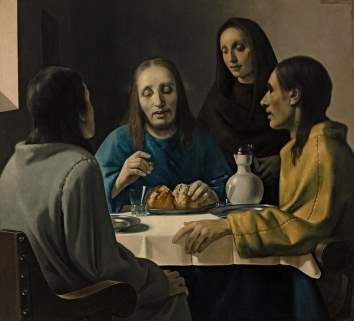 According to J. L. Austin, authenticity is a dimension word. (cited in Dutton, 2003) A forged painting may not be inauthentic in every aspect. Dutton further explains with the example of a famous art forger, Han van Meergern who had sold one of his forgeries as an original Vermeer. Dutton explained that a van Meergeren forgery of a Vermeer is an inauthentic Vermeer but it is at the same time, an authentic van Meergeren. Art forgery has been around since art itself, and it was a lot of times an educational process for pupils. In situations like these, can words like ‘authentic’ or ‘inauthentic’ be used to describe a piece of art? Is it even considered a piece of art if it is forged? Therefore, “The way the authentic/inauthentic distinction sorts out is thus context-dependent to a high degree.” (Dutton, 2003)

It is important to note that a lot of art lovers are not necessarily attracted to authenticity itself, but the idea of it. Just like van Meergeren sold his painting as an original Vermeer, there were several other ‘artists’ around the world with fake authenticities, as paradoxical as it may sound. The ‘authenticity’ of an artwork tends to get attached to the artists’ being instead of the artwork itself.

Let’s explore how the name of the artist made a painting authentic instead of the true meaning and experience behind it.

The Chinese emperor Hui-tsung (1082-1135) of the Song Dynasty, who was regarded as a great admirer of the arts and was a painter, calligrapher and poet himself, was suspected of being credited with work done by court painters. (Scharfstein, 2009)

This leads us to the subject of the tai-pi or ‘ghostpainters’.

Jin Nong, a famous painter and calligrapher of the Qing Dynasty acknowledged using a number of ghost painters to increase production. One of his ghostpainters said that as long as he signed Jin Nong’s name in ‘his peculiar laquer-brush style people would express admiration and great joy’( Scharfstein, 2009, p104)

This tells us just how much authenticity is embedded not in the artwork itself, but in the name of it.

Quite strangely, this idea of “stolen authenticity” has never died. In the present day, the same as above can be said about designer clothing, accessories and other celebrity endorsed items. For example, the designer brand, ‘supreme’ is very well known and sought after, by the young generation, because of the rarity and exclusiveness of its items. The brand has released a number of items including blowtorches, kitchen tiles, even plain prints of its logo with exorbitant retail prices.

All of that said, I do not believe originality in art can ever be overrated or unimportant but if it becomes the primary objective in creating art, it can be very uncreative, as the possibilities of combining unlikely objects on a canvas are seemingly infinite.

Western societies tend to be dominated by the ideology of individualism. As a result differences between people are more valued than similarities. The virtues of competition are stressed more than those of co-operation. For decades people in the west despised the so-called communist societies because ‘everyone had to think and dress alike’. Yet ours is an age in which industry makes millions of blue jeans available to millions of wearers, while advertisements celebrate the individualism of choosing blue jeans (one could call this paradoxi­ cal conformism ‘mass individualism’). The repetition of certain images, the prevalence of stereotypes, the cult of personality, these are the characteristics of

mass culture which most artists find unacceptable, but which Warhol’s work compelled us to confront.