Kings Cross station was designed in 1851 – 1852 by the English civil engineer Lewis Cubitt. Cubitt designed the station under the influence of the Moscow Riding Academy which was a neoclassical building built in 1825. However, it appears as though Lewis was inspired Gaimbattista Piranesi’s infamous drawings from Blackfriars Bridge in which is under constructions. Cubitt would have known this image from his interest in bridge building, can you explain why? Explore the influence of Piranesi’s ‘paper architecture’ on London’s engineers and architects.

Kings Cross station was built as the hub in London for Great Northern Railway. Their operations started in the year 1850. The plan for construction was first made under supervision of George Turnbull in the year 1848. It was designed in detail by the architect Lewis Cubitt with the opening of 2 platforms in the year 1852.[1] The architecture was interesting with the largest roof during that period constructed on the basis of the Moscow Riding Academy. Contrary to this, it is argued that Cubitt was mainly inspired by Giambattista Piranesi’s infamous drawing of Blackfriars Bridge under construction. It is expected that the design was known to Cubitt in advance, and that was the key encouraging factor for drawing Kings Cross Station architecture. The major keywords for this essay include Kings Cross, Moscow Riding Academy, neoclassical building, Giambattista Piranesi, and Blackfriars Bridge. The aim of this study is thus to explore the impact of Piranesi’s paper architecture on the architects and engineers of London. The efforts are put to identify how these architects and engineers were encouraged through the infamous drawings of Giambattista Piranesi. The main argument here for the essay is to know that Cubitt was most likely encouraged from the interesting drawings of Blackfriars Bridge. He must have used that drawing as the base to come up with further drawings of Kings Cross. In a similar manner, other architects and engineers of London must have got encouraged from the paper work of Piranesi.

The ideas proposed by Piranesi courses in early architecture were mainly an encouraging factor for the English architects.[2] Their works were used as the base in order to come up with creative design plans. The visionary images of Piranesi proved as complex ones. The choice was laid towards following the primary objective of exploration amongst the architects. The Blackfriars Bridge design was by Robert Mylne, the Scottish architect. The design of this 32 meter wide bridge can be clearly used for creation of garden to provide enhanced solution near River Thames. The Blackfriars Bridge offers heritage in infrastructure through joining the two sides of bridge using 14 meter pathway. Along with the depiction of British Empire, the infrastructure depicted an encouraging view. The panorama of the design gained attention of the architecture. The drawing was although infamous, it seems to have caused significant impact on the overall design of Kings Cross station. Cubitt seems to have got encouraged looking at the design of the bridge and used it as base to carry out architecture work. 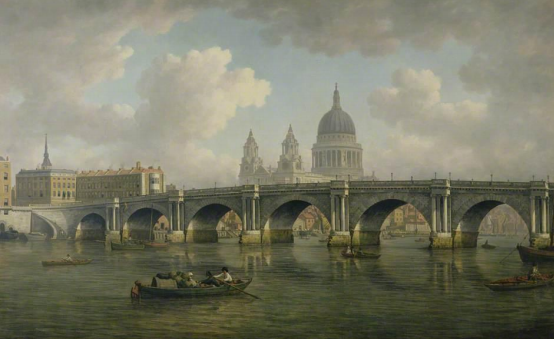 Piranesi, the son of stonemason, was born in close to Mestre in the year 1720. He had worked on the Prima Parte Di Architettura during the works in 1743. He was known of creativity in the 18th century for his artwork and drawing.[4] The architectural fantasies were used by Piranesi in order to do the drawings. Although he termed himself as an architect, his works were not much. The works of Piranesi depicted his extra ordinary talent in architecture. He had worked on several architectural fantasies, which gained attention of the people from all across the world. The major impact of his creativity was found of relevance for 21st century. His works clearly illustrate huge oppression faced by man. The images offered an expression related to the powerful means of architecture in today’s era. He had even worked on the fascination for ruins of Rome. The works illustrated his ideological slant and antiquity. Mainly the poets and artists were influenced by his works. The taste was thus developed towards the ruins in the regions of Europe leading to science, antiquity and class. The works had depicted his roman architecture through the Colosseum illustrating his fantastic formwork and angles.[5] 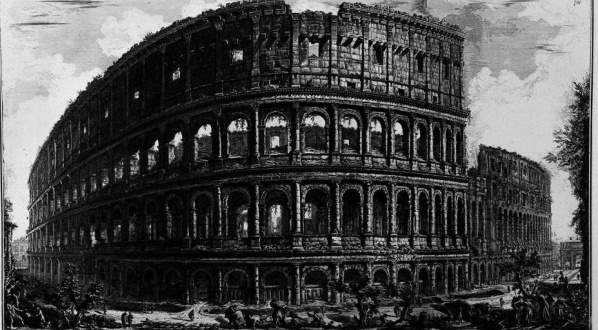 The works of Piranesi had influenced several visionaries for creating works with fantastic imagination. The fiction film such as Metropolis and Blade Runner was another example of the influence of his work on the architecture.[7] The works seemed to illustrate his neoclassical element through an illustration of dungeons and castles. He had also worked on the theme for disputed succession in the English throne, which could be associated with the Victorian Prison at The Tower of London. The architecture of the Tower illustrates an obsession of Ainsworth towards the architecture and history related to ancient structure. The works had shown his architectural fantasy towards the drawbridges, arches, gateways, chambers, halls, chapels and towers. None of these shall be left idle. Instead, the works had denoted his efforts towards working in creative manner. The architectural work was well accomplished in the regions of London. The architectural features seemed to have offered interesting work. The dark features of 18th century prisons were also viewed to be inspired through the works of Piranesi.[8] His prison, fortress, and palaces have had fearful significance. The structures with dark secrets were viewed to cause an impact on the architectural works for dungeons and towers etc. 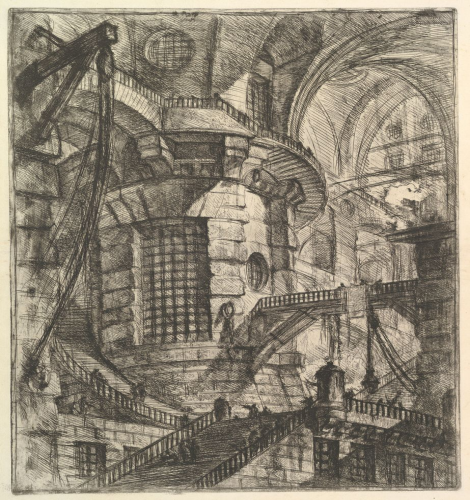 Figure 3: The Round Tower by Piranesi, Imaginary Prisons[9] 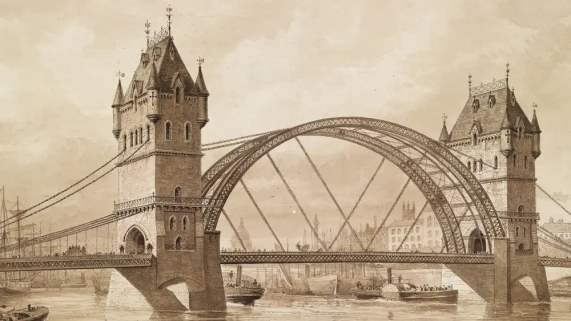 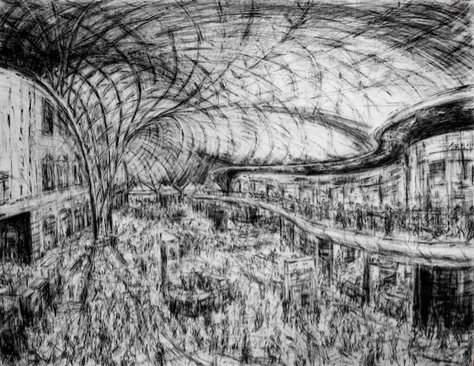 The portfolio of Piranesi was mainly associated with the landscapes of Rome and their remains illustrating his significant time spent in the regions of Rome. The attempts were also put towards architectural compositions and reconstructing old objects. His works had caused significant impact on the architectural works and creativity.[12] The interiors for an example can be associated with the interior designing in modern era to depict class and antiquity. His major works were based on the use of woods for interiors. The technique had clearly attracted attention of the architects and engineers of London in order to come up with the antique drawings in modern era. The creativity was well taken care of as per the fantasies being adopted by Piranesi’s architecture. His constructional and architectural works were key areas of attention for the disciples in art. Piranesi had further worked on history for his pictures. The power to inspire and influence the people was his major attraction. The works had shown durability in design and drawings. The idea was thus towards getting strong design in architectural terms. The literature could be thus related with the architectural creativity he possessed. The ideas were thus found of immense help in the modern society as well. The architects had thus got encouraged with the works carried out by Piranesi in 18th century. Such works is viewed to have considerable impact on the overall design pattern of the society in today’s era. The architectural creativity had taken due account of class and antiquity, which is an important factor of concern in modern society.

The essay here clearly shows the imaginary works of Piranesi in the past. He had caused considerable impact on the modern architects and engineers for his fantasy based drawings and architectural work. The local and features had been well illustrated in his drawings to be used as the base in present architectural society. The Kings Cross station for an instance was viewed as an interesting work designed by Cubitt. The design is though considered to relate with the neoclassical building by Moscow Riding Academy, the drawing is viewed to relate considerably with the Blackfrairs Bridge that was under construction. The works of Scottish architect was thus considered as helpful in order to design the station. The Piranesi work was thus viewed to cause considerable impact in indirect manner on the architects and engineers working in the regions of London. The Piranesi had thus drawn considerable influence on the English architecture. Piranesi has been able to offer series of interesting works through their fantasy based works. The historical works were thus interpreted through the neo classical architecture work of Rome by Piranesi. The efforts could be thus associated with the intellectual response towards the design and technique being adopted in early works. Piranesi has had an interesting influence on the architectural work that need to account for the fantasy based drawing with antique look. Thus, Giambattista Piranesi’s infamous drawings were the major inspiration to Cubitt and several other architects working in 20th and 21st century.

[3] A forest of Masts: The image of the river Thames in the long eighteenth century- Geoffrey William Snell, Published in 2014, University of Sussex

[6] Piranesi- An Analysis on History, Architecture, and Influences behind his Etchings during 18th Century Europe- Mashroor Ishraque, Published in 2017, Ryerson University

[12] Piranesi Between Classical and Sublime- Ek, Fatma Ipek, and Deniz Şengel, Published in 2007, Middle East Technical University Journal of the Faculty of Architecture