The video was produced to critically examine the concept and spatial pattern of London as many cities in one. We took a postmodern urbanism view using iconographic place making analysis. It must be stated that the term postmodernism in itself is a highly debated topic (Crook, 1992). There exits much debate about whether the conditions described as postmodern are at all unique and new, or if said conditions even exist (Best and Kellner, 1992). For us, the very debate surrounding the term is evidence enough that as embedded researchers we must consider the ideas associated with the term. Thus, the term has become an indispensable name for a way of thinking about urbanism, which clearly concerns us. The video showcases how social and urbanism intersect and the concept of postmodernism in London. The video incorporates hard and soft features of the city, focusing on eight key aspects of urban ecology, economic, religious, tourist, education, retail, sports, and political. Expanding on the concentric zone theory by the Chicago School, we detailed social spaces of London that could iconically define the city on their own. I focused on London as an educational city.

My initial approach was to examine and detail London’s education system as a whole, but quickly realized this was too ambitious. So I decided to only include the higher education institutions. Higher Education students make up 4.7% of London’s total population of 8.17 million estimated in the 2011 Census. In 2013 London’s universities attracted over 100,000 international students, and 62,000 from the rest of the UK; additionally, 24% of all international students in the UK were studying in London (London Higher, 2013). Through my research I found this to be quit a task as well, since London has approximately 40 higher education institutions. I had to narrow down what would be the most iconic institutions for my video, and decided the oldest institutions would be the most iconic. So I research the three oldest institutions, King’s College Founded in 1829, University of London Founded in 1836, and London School of Economics and Political Science (LSE) Founded in 1895. These schools have a long history and distinct architecture which I thought was important to the overall project. The universities were all centrally located in the heart London with the tourist spaces a short distance away. This posed some difficulties in the ease of access, since the only viable transport seemed to be the subway. So I planned accordingly, first starting with King’s College.

King’s College is organised into nine academic schools, spread across four Thames-side campuses in central London. I decided to film on the Strand Campus, which is the founding campus of King’s College. Once I began filming I started by detailing the architecture, and spaces within the campus. The most prominent building on the campus was the Somerset House East Wing. This was contrasted by the postmodern architecture of the entrance to the main reception building, and remodelled facade facing Strand St. (See Plate 1). This mix of architecture was interesting, and a good example of defined periods in English history. I started with architecture because contained within each of these two buildings is the respective ideologies of neoclassicism and postmodernism (Jencks, 2002). The architecture provides a clear example of the visual aesthetics associated with each movement, and a concrete reflection of the culture and economic conditions from which it arises. Walking around the campus I had the feeling of exclusion, as the area was gated and there was a stark difference in the social aspect of the space, and social aspect outside the gate just a few meters away. In contrast, LSE less than a block away has a feeling of inclusion and openness.

The London School of Economics and Political Science campus at Clare Market and Houghton Street in Westminster was my second filming location. The openness of the campus is due to its ownership of adjacent buildings, creating an almost continuous campus between Kingsway and the Royal Courts (See Plate 2). The architecture was modern, and walking through the campus felt like walking on a regular London street. However, there were spaces of student culture, which felt different and unique from off campus. These spaces had various arts, student made posters, and seating areas. There is current renovation occurring at the school that may be postmodern, but is not visible. 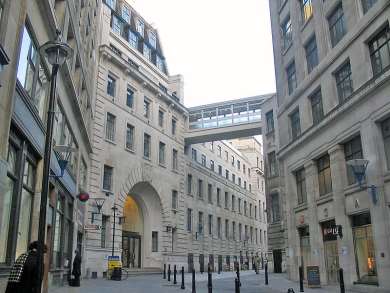 The third and final site filmed was the University of London (See Plate 3). London is the second-largest university by number of full-time students in the United Kingdom, with around 135,000 campus-based students (London Higher, 2013). The main criticism of urban ecology is that it neglects the role of culture in its analysis of the social structure of a city. Another criticism is that the theory is overly simplistic, taking no account of class, race, gender and ethnicity (Best and Kellner, 1992). When filming on this campus I decided to address this by taking a social approach, and filmed the cultural aspects of the students in the campus spaces. Although the campus is relatively open like LSE, there is a feeling of exclusion when walking through the space. In and around the university the student culture is very apparent. The demographics of the students were diverse with no sign of a dominate race or sex, creating a multi-cultural space. Additionally the local shops in the area catered to the students, indicating a symbiotic relationship with the students driving the economy in the area (Clarke, 2003). 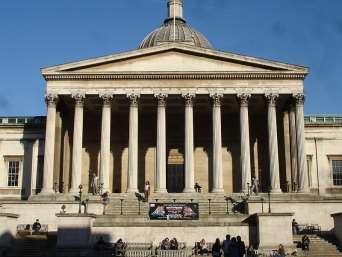 Kaplan, A. (1988) Postmodernism and its Discontents, London, Verso

McKible, A. (2002) Space and Place of Modernism, London, Routledge