Many people don’t realise how hard it can be to design something. Especially building, this is why architect’s job isn’t easy. The massing and overall design of the building is influenced by number of different factors and how important they are differs for each design. I would like to highlight the most important ones, and highlight which one of them cross reference quite often.

As Richard Rogers said “form follows profit, and this is aesthetic principle of our times”, unfortunately this is main factor impacting the design and all the other processes in architecture. Although it’s not the only one. Other example is often on the very beginning of the project – the site. Size configuration, topography this has huge impact on design. Sometimes we can change slightly topography, but site shape would be more of an issue. Often in extreme cases this becomes the asset of finalised project, like it happened in Tokyo project “A life with large opening” often called “gap house” designed by ONDESIGN. 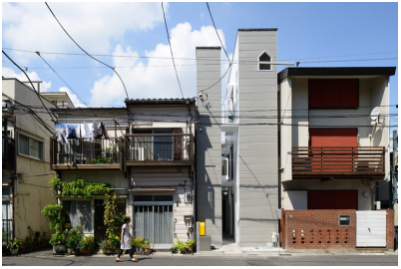 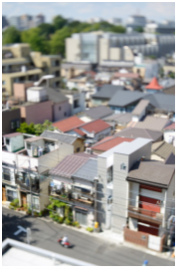 Next factor is often one of the most influential in good and also in the bad way. These are and include number of people, starting from client all the way to neighbourhood, which sometimes influences the design. Probably one of most important stakeholders is user/client, they often provide driving force for the design. 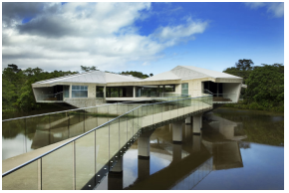 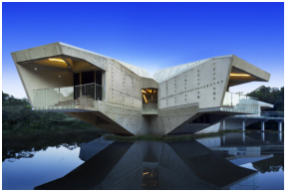 As they may be personally involved in process of design and then construction. Possibly the best example of this could be STAMP HOUSE designed by Charles Wright Architects. This project in was directed and influence by various factor of which the most challenging was client, that desired carbon neutral, off-grid architectural statement that would be: “new face of tropical architecture”. Effectively this particular project was as highly influenced by client’s introduction of environmental design. Final design was to minimalize impact on environment (as client requested), so that ecosystem around it would not be affected. Therefore architect’s had to work very closely with experts and various organisations. Effectively this lead to zero carbon project that is level 5 cyclone proof and therefore classed as a cyclone shelter, additionally it’s flood proof and wouldn’t suffer from any natural disaster as it uses on sight solar panels and rain water collected in 25000 litres tank that is also located on the site. Another very influential stakeholders are neighbours and community groups. They often effect not only design but also whether building will be completed or not. Good example could be found in Manchester where public was picketing construction of new Manchester Metropolitan University campus building, the site chosen by MMU has previously been picketed by same group of people and that was probably what caused investment to fail. 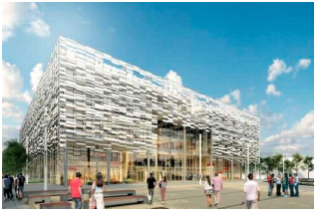 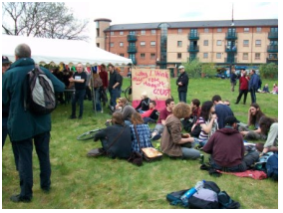 This time it was different partially due to professional manner of architect’s, MMU and local government. Although as many people claim the main role in this case was played by another influential and sometimes critical factor – economic status. As the economic crisis emerged rate of investment started drastically falling down, MMU used this fact to gain planning permission for Birley Fields proposal and convince authorities and residents. This just reinforces and relates back to famous Rogers quote “Form follows profit, is the aesthetic principle of our times”. This briefly mentioned local government as they are stakeholder representing local and public interests. They are often main body that appoints people to ensure, that building at it final stage is safe to use. Which obviously needs to be considered and included during design stage. Unfortunately not everything could be predicted like 9/11 terrorist attack. Although government and designers with engineers do their very best to prevent similar disasters from happening. 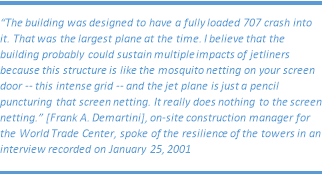 This includes meeting and exciding building regulations, fire regulations and many more. These also relatively strongly influences the design. Number of people work to make sure building is safe the most important and influential of which is engineer or team of engineers. They do all the hard calculations, and this is what they have done in case of WTC. Architects and engineers jointly admitted that they designed World Trade Center to withstand air plane collision.

Although it was impossible for building to handle this with so intense fire inside it. This leads me to another factor that strongly influences design that makes it possible and functional.

Even greatest building on the earth without sufficient services and structure to support it – is a disaster. This is why engineer and sometimes M&E engineer effect design. Often especially in big projects architect and structural engineer work in collaboration to create final design. This is evolution from the sentence said by Louis Sullivan about his new Wainwright Building – “form follows function”. Even if architect and engineer work close together they are often limited by construction methods and processes, like it almost happened with Beetham Tower in Manchester. The design caused a lot of dispute on how and whether it would be possible to safely construct four-metre cantilever which is definite land mark in Manchester’s skyline. Frank Lloyd Wright found similar problem when he proposed Mile High Illinois which was proposed in 1956 and never been built, simply because construction methods wouldn’t allow it then and possibly even now it could be challenging to construct this proposed building. Although this shouldn’t be a reason not to design it there are number of projects that has been designed and either not build or changed during construction because this coordination between architect and engineer wasn’t successful. Similar cooperation would be good between M&E engineer and architects. Although services that M&E is taking care of often are not of particularly important at the design stage and therefore sometimes they tend to be pushed to blank box where they should be placed or they not even included at all. Unfortunately this is often not enough place and highly 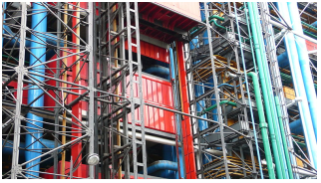 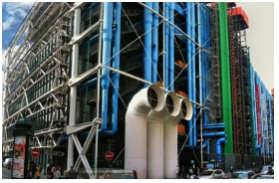 effects aesthetics of interior. This wasn’t case in Pompidou Centre in Paris where all the services are on the external façade and therefore services engineer strongly effected or actually created the appearance of this building. This innovative design created very industrial appearance, also its good place to realise how many services and work goes into parts of building that are usually hidden.

Possibly hiding all this causes people to think anyone can build a building and call it  architecture – and this is incorrect. Another influencing factor is definitely sustainability. This factor is more and more often mentioned in client’s requirements as its good for PR. Although due to global warming and heat island effect more and more government’s and authorities include some form of sustainability in their building regulations. And therefore it’s definitely outside of architect’s influence. Although sometimes this as well as other restrictions allow great designs to be created and to emerge, similarly like it was with Pompidou Centre with services, they allowed it to be great building. Often sustainability of the building doesn’t cause huge effect on the design, although it has to be considered from the start. Another strongly influential factor that I would like to mention is time. As we know ‘time is money’ this is what Benjamin Franklin said, and it’s still valid. Different people need quick design for number of different reasons. No matter of reason this influences the design. It may be that because architect need to finish design very quickly and he can’t refine all the. It could be that someone works really well under pressure and therefore final design may come out brilliantly. In most cases where time is important factor client decide to use unconventional building process called ‘Design and Build’ this means that construction starts as soon as architect creates rough shape. That causes that some of the details can’t be changed as they may already been built. This isn’t something new, it’s happening for long time, one of best examples is Sagrada Familia in Barcelona, this Roman Catholic basilica designed by architect Antoni Gaudí, construction started in 1882, this is 122 years ago, and it’s still not finished. 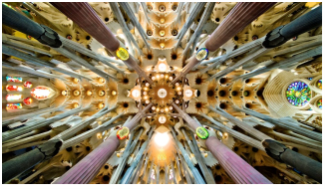 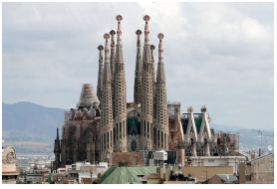 This wouldn’t be possible without this construction method, and hopefully if finished in 2028 as current estimates show it would be definitely one of the longest construction processes in the history. As visible on photo above it’s not surprising, because as its being build, the attention to the details and the beauty of construction is at the highest possible level. Other influential factor that in my opinion is fundamental is the function. The role of architect is to find the solution for many, sometimes very hard problems. This is what in my opinion defines good architect. It’s not only how ‘pretty’ the building is, or how tall, it’s about how well architect or even designer thought about potential issues and how he solved it. Otherwise building is just – a shed. Functional but without thought putted into it, althought because “form follows function” or at least it should, the design supposed to reinforce the function, and definitely not to go against it. This is what many people claim that has happened in case of Vitra Fire Station designed by Zaha Hadid, even though she is great architect, specific to her design style. 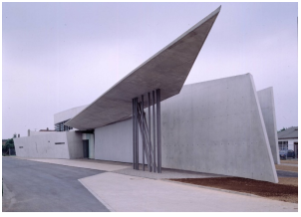 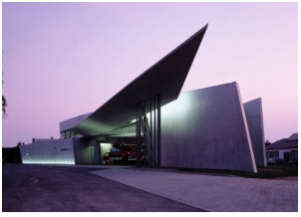 As many people claim, the sculptural fanciness of designer caused building to be not functional as fire station and had to be handed over, and now it’s “used for exhibitions and events and continues to be one of the highlights on the Vitra Campus in Weil am Rhein.” And I’m not disputing fact that it’s obviously architectural highlight of the area. Although it’s definitely in its design more suitable for exhibition area rather than fire station, because in case of fire it was hard for fire engine quickly leave, to the extent that some people called it dangerous. And therefore I think it’s important to create great designs, but not to forget about primary needs of the place, even factory or storage buildings could be architectural statement not only a building.

There are many, many more factors that affect architectural designs all over the planet. Some more and other less, it all depends on client , and situation that the building is being build, however definitely most important and most influential is function followed by site, money and the client.