The Human African Trypanosomiasis (HAT) is a disease commonly known as sleep sickness which is transmitted to humans by the tsetse fly. It is caused by microscopic parasites which are species of the Trypanosoma brucei (world health organisation, 2013), there are two sub species of the disease which are Trypanosoma brucei rhodesiense and Trypanosoma brucei gambiense. The disease is that if not treated early can cause infection in the central nervous system producing the sleep sickness symptom as it moves from stage 1 to stage 2 passing the blood-brain barrier. (world health organisation, 2013) Therefore, it is essential in Africa that simple methods can be developed for HAT so that villages can be tested for this and treatment can be given immediately.

This practical used a molecular method called a loop mediated isothermal processing (LAMP) assay to perform diagnostic and xenomonitoring tests for trypanosome (sleeping sickness) infections as it rapidly amplifies targeted DNA under isothermal conditions. The DNA was amplified in a water bath where the samples were incubated at 60-65°C. The efficiency of the LAMP assay was great as results were obtained within 35 minutes and were sensitive within 1 trypanosome per ml of blood (world health organisation, 2013). The assay used a master indicator (red phenol) where the colour change would turn from pink to red, as more nucleic acids were being produced, the solution was more acidic turning solution from alkaline to acid. The LAMP assay is a more suitable technique to be used in the endemic regions of Africa due to the rapid amplification of DNA compared to that of polymerase chain reaction (PCR) (Ikadai H at al. 2004). The results of all 3 individuals tested positive for HAT as they in their blood samples showed Trypanosoma brucei. The tsetse fly was also positive for HAT which makes sense because all the individuals have HAT.

Our controls for this were invalid as they didn’t show any fluorescence. However, not only this we knew that the controls were not correct from the specific colour of our controls as they were not as they should have been. This is limiting for our overall diagnosis of these individual patients because if our controls are not accurate then it is less likely that our own results are precise. Therefore, it would be unethical for us to give these patients treatment. Firstly, because it could be unnecessary to treat them, but it also could be harmful to them. 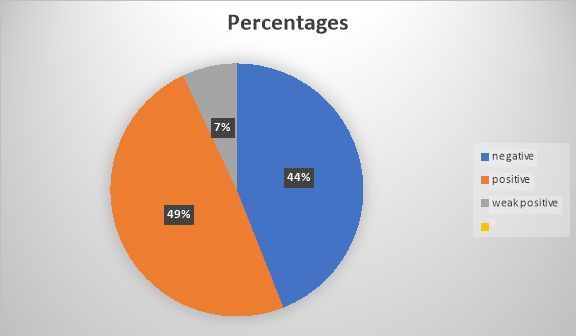 The first patient that we looked at was Femi, the results showed to us a weak positive result which showed that she had Trypanosoma brucei. I suggest that Femi should be tested again because firstly the weak positive result is not conclusive enough to suggest that Femi has the disease but also the fact that our control results were not accurate suggests uncertainty. Thus, Femi needs to have more tests.

Secondly, we looked at Banu similarly the results showed to be a weak positive, similarly this suggests the presence of Trypanosoma brucei where they could have Trypanosomiasis and require treatment. However, I would not recommend this due to the inaccuracy of our controls, therefore to be certain more tests should be carried out. Also, the results we saw again were a weak positive which suggests that the result is not conclusive.

Lastly the patient we looked at was Hope, out of all three patients she had the largest amount of DNA in the sample which showed to be a weak positive this suggests that out of all three samples it is the most likely to be positive where there is presence of Trypanosoma brucei. But again, the fact that we got a weak positive as well as having inaccurate controls suggests that to offer treatment is not wise. Therefore, Hope requires to be tested again.

5. Discussion (25%) You should include citations for references in this section (at least 3 please). Suggestions for topics to cover:

The community risk is dependent on many variables, as we are unsure of which sort of environment that these people of Africa live in, we are told that we are performing tests on patients and tsetse flies in a field in the sub-Saharan but we do not know if this area has a high concentration of tsetse fly and how likely is the population going to get into contact with these flies. From our class results we have found the infection rate to be 56% out of 43 people. This indicates that there is a high risk of infection in this area. To prevent the Tsetse flies from biting the surface of skin I suggest long shirts, trousers and hats of a medium weight due to tsetse flies having the ability to bite through thin clothes (Centres of disease control and prevention, 2013). Also, it has been found that the tsetse flies are attracted to bright colourful or darker coloured things suggesting that neutral coloured clothes would be the most appropriate (Centres of disease control and prevention, 2013).

When looking back at the assay there were many things that could have been done better. Due to the amplification of DNA being an important part of the procedure it was susceptible to being contaminated, which removed the required precision needed to get accurate results. This was seen especially in using the same pipette tips instead of changing every time which would have led to no cross-contamination. When exchanging reagents from samples it was possible to leave a minuscule amount in the test tube which may have affected our results. Primarily our problem was that the samples were left incubating for too long. The samples remained orange, so we kept the test tubes in the 60-65°C water bath but when it came to the visualisation section of the assay we didn’t see anything because it had been incubating for too long. When looking at our UV results we saw that we had minimal amounts of DNA in the solution, therefore our amplification section of the assay was not performed correctly. Possible due to all the above reasons. But as we saw from our control results being inaccurate, this lead us to be unable to properly diagnose each patient only to suggest that they need to be tested again.

Due to the rapid, specific and sensitivity (Ikadai H at al. 2004, Tomita N 2008), I think that the LAMP assay would be the most suitable to be performed in these endemic areas of Africa due to the essential need to get a fast response and the cost effectiveness compared to PCR make it the perfect candidate to be successful (Tomita N 2008). Also, another advantage of using the Lamp assay it is possible to use a DNA intercalating dye to see the results (Tomita N 2008), this removes the need for electrophoresis reducing the time for the analysis of results.  However, the LAMP assay being cost effective it is also very costly primarily due to the sensitivity of the assay, this may be a problem for these areas of Africa because they are poor.