The major composition of a lignocellulosic biomass is lignin, cellulose and hemicellulose, which is responsible for the structure and rigidity of plant. These components has been reported to have high potential energy and are been widely used as fuel in automobile and industries. The components of the bagasse were chemically characterized by measuring their dry weight. Table # represents the composition of dry sugarcane bagasse analysed in the present study compared with data collected from other research articles. The dissimilarities in composition of lignin and cellulose might be due to genetics variations, growing location, methods of harvesting, growing conditions and analytical procedures.

As per the generated data, cellulose content in the bagasse was 46%, which was further reformed into accessible form for the saccharification enzyme. While the lignin constituted 19.6%, thus removal of lignin was carried out by the pre-treatment of bagasse for an efficient enzymatic hydrolysis.

The statistical design used for the microwave assisted alkaline pre-treatment is a four factors (weight of bagasse, power of microwave in wattage, NaOH concentration and the exposure time period) system, the response of the pre-treatment was based on the cellulose composition and reduced lignin after the pre-treatment. The design summary is shown in the Table #.

The design was a set of 21 runs, combinations of four factor experimental design, based on the RSM and CCD (Tabel#). The RSM is mathematical based system to study the interactions between the factors, while the CCD enables us to deduce an optimal condition for the pre-treatment.

The adequacy of the quadratic model for the experimental responses (cellulose Y1 and lignin removal Y2) was checked using the Analysis of Variance (ANOVA), which was verified using the Fisher’s statistical model (F-value). The table# shows the ANOVA for Y2 response.

ANOVA of the regression model for lignin removal had 15.74 “F-value” which described that the model is significant and also defined that there is only 0.14% chance that a “Model F-value” this large could arise due to noise. Since the “p-value” 0.0014, lesser than 0.005, it indicates that the lignin removal is sensitive to the coefficients/factors in the model. In other words weight of bagasse (A), microwave exposure (B), NaOH (C), BD, A2 and B2 have strong influence on the lignin removal. The p-value 0.0011 for BD (B-coded for microwave, D-coded for time), indicates the strong mutual interaction between B and D in removal of lignin. The “Lack of Fit F-value” of 6.62 justifies that there are 5.39% chances that such large values of “Lack of Fit F-value” might occur due to noise, where lack of fit is an error that would occur when one of the factor is omitted from the process model. Another statistical measurement that is a signal to noise is the ‘‘Adequate precision’’. The desirable ratio is greater than 4, as such the Adeq Precision value is 20.22, this model can be used to navigate design space and further optimization. “Multiple correlation corfficient or R2” value denotes the correlation between observed and predicted values, i.e. if the value is closer to 1, it means better correlation. In this case the R2 value is 0.9735, indicating better agreement between experimental values and predicted values. The “coefficient of variation (CV)” indicates the degree of precision to which the experiments are compared. The lower reliability of the experiment is usually indicated by a high value of CV. In the present case the CV value is low (8.5%) indicates a good precision and reliability of the experiment. At the same time, “Adjusted determination coefficient (Adj R2)” was high specifies improved precision and reliability of the conducted experiments. 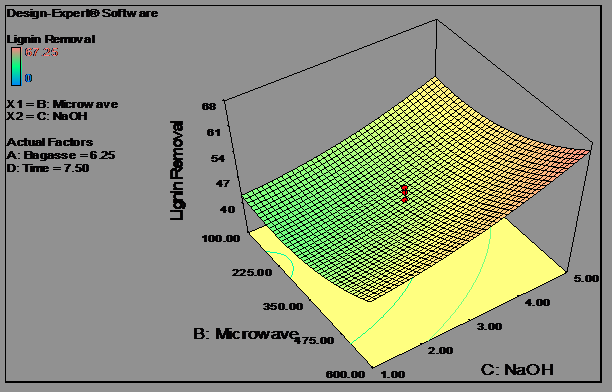 Figure 1. Co-operative effect of Microwaves and NaOH on lignin removal

The second response considered in the pre-treatment was the amount of cellulose retained (Y1) after the process. The ANOVA of quadratic regression model for cellulose retained after pre-treatment illustrated in Table # is a significant model as evident from the Fisher’s F-test value (12.91) with a very low probability value [(Prob > F) = 0.0165]. This also indicates that there is only 0.24% chance that the F-value occurs due to errors during the experiments. Among model terms A, C, BD and A2 are also significant with probability of 99%. The interaction between B and D significant effect on increase in cellulose retaining response. The goodness of fit of the model was checked by determination coefficient (R2). In this case, the value of the R2 (0.9676) indicates that only 3.24% of the total variation between experimental values and predicted values are not explained by the model. The value of the adjusted determination coefficient (Adj. R2=0.8929) was also high, at the same time a relatively lower value of the coefficient of variation (C.V. = 9.3%) which indicates model is significant and the conducted experiment is consistent and has a good precision. The level of noise that affected the model is also very low, i.e. 11.16% determined using the Lack of Fit F-value (3.99). The Adequate Precision (15.608) for this model is greater than 4, this suggests the model can be used for navigating the design space and optimizing the experiment.

The two response models of microwave assisted alkaline pre-treatment have shown positive influence on the removal of lignin and increased cellulose in bagasse. Thus the statistical analysis is reliable to generate the optimal conditions required for pre-treatment, the optimum condition was predicted using numerical optimization.

The optimal values selected were, 6.37 g of bagasse irradiated at 350 W in 5% NaOH solution for 8.87 minutes. The predicted cellulose concentration was 81.94% and 56.6% lignin removal. The figure # represents the graph obtained using the numerical optimization methods. 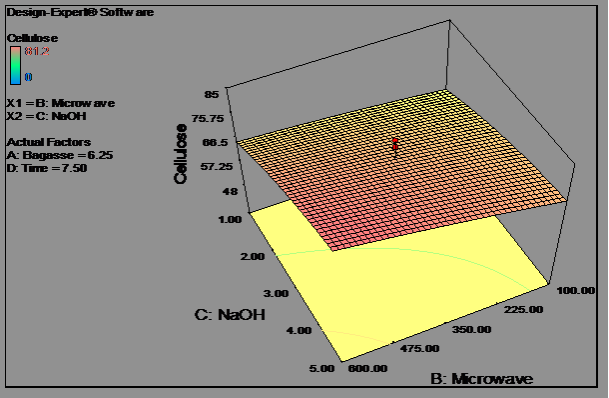 Figure 2. Co-operative effect of Microwave and NaOH on cellulose concentration 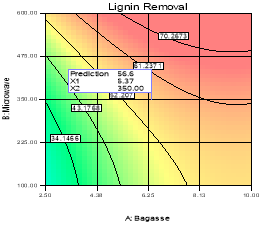 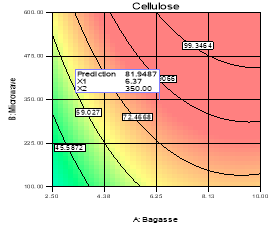 There was 48% loss in dry weight of the bagasse after pre-treatment at optimized conditions, which might be either due to removal of lignin or lost during the washing process after pre-treatment bagasse. The result was similar to the work done by (Farid, Noor El-Deen, & Shata, 2014).