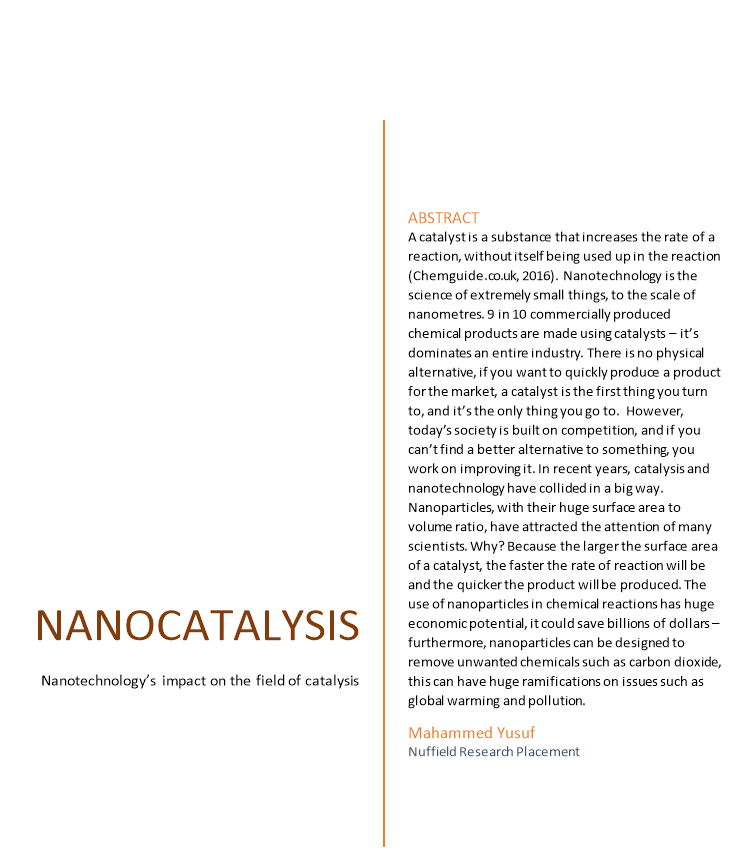 The word Nanocatalysis is made up of two parts, nano and catalysis. Let’s begin my tackling the first part. Nano, short for nanotechnology, is the study of extremely small things, and their applications to society. 1 nanometre is a billionth of a meter (Nano.gov, 2016). And as for catalysis, this refers to a ‘chemical reaction bought about by a catalyst’, with a catalyst being a substance that makes it possible for a reaction to be faster, by matching chemicals together quicker (Northwestern, 1999).Â  Nanotechnology and catalysis go together so well because in order for a catalyst to be as good as possible, it needs to have a large surface area. This allows the catalyst to interact with as much of the reactants as possible.

Why I am researching Nanocatalysis?

I decided to pursue this topic because the entire chemical industry is dominated by catalysts, nearly every product created via chemical reactions has been produced with the help of a catalyst. Furthermore, I chose this topic because of its futurology aspect – it’s a well-known fact that global warming is slowly destroying our habitat, Earth. According to NASA, the carbon dioxide levels are the highest they have ever been in 650,000 years. This is contributing to the fact that our global temperature is up 1.4o F since 1880 (climate.nasa.gov, 2016). However, the scientists of this world aren’t just accepting this as our collective future, nanotechnology being used for catalysis has reinvented catalyst designing, and now catalysts can be designed to absorb harmful chemicals and gases that contribute to global warming. Because of nanotechnology, catalyst membranes can be modified to remove unwanted molecules from liquids and gases through the membrane design. (Nanowerk, 2010)

What will this report be about?

This report will look into how nanotechnology is reinventing catalysis, Nanocatalysis’ real world applications, how it could be used to combat global warming, how Nanocatalysis is saving money andÂ  how it is a safe alternative to ordinary catalyst.

However, we will also dive into the problems that face the industry of Nanocatalysis, how it could pose health and safety issues to humans and how nanotechnology is very difficult to control.

There are two types of catalysts, Heterogeneous and Homogenous. Heterogeneous catalysts are in different phases to the reactants, they are solid while the reactants are liquid. However Homogeneous catalysts are in the same phase as the reactants, if they are liquid, gas or solid – so are the reactants. The key objective to making nanocatalysts work is making them as efficient as possible, stabilizing catalysts has been an issue for a very long time – you need the catalyst to have a long lifetime, with a very high selectivity (more desired products formed). According toP. Nagaraju Rao, ‘A good stabilizer is one that protects the nanoparticles during the catalytic process, but does not neutralize the surface of nanoparticles resulting in loss of catalytic activity’. Catalyst stabilizers come in many forms, from metals to polymers.

To increase efficiency as much as possible, scientists have used nanotechnology to create nanocatalysts supports. Through the discovery of a porous aluminium oxide powder, scientists have been able to improve efficiency. Dr Brian Woodfield and David Selck have used this porous material, with its huge network of pores, each 3 nanometres in length, and have filled each pore with expensive catalytic metals – each pore 30,000 times smaller than a human hair. This may sound expensive, purchasing platinum and using it to fill holes, but it is on such a small scale that it is saving a huge amount of money. So, in theory, you are using less metal – but each tiny piece of metal adds up to produce a huge surface area. In industry, clumps of platinum used to be used – which is outrageous. Since it is a known fact that only the atoms on the surface that are exposed to the reaction are useful, this type of nanocatalysts saves so much time, money and effort. Dr Brian Woodfield and David Selck are working on producing tiny 1 nanometre crystals of these expensive metals and placing them in porous aluminium oxide, so every atom in the metal is being used. This streamlines production and therefore it improves efficiency. (Cougar Cosmos, 2011)[DS1]

Nanocatalysts are more efficient than normal catalysts, as I have established. This major advantage leads to a higher yield of the desired product in a chemical reaction. A real world example of this would be the production of biodiesel from waste cooking oil, where the ‘Solid acid nanocatalysis of Al0.9H0.3PW12O40 nanotubes with double acid sites yield 96% of biodiesel from waste cooking oil as compared to 42.6% with conventional H3PW12O40 catalyst’.Â  (P. Nagaraju Rao, 2010)

By controlling the pore size of the catalytic membranes in nanocatalysts, you can alter them to remove unwanted molecules, such as harmful gases such as CO2 (global warming) and NO2 (ozone depletion), (Nanowerk, 2016). And through further experimentation by chemical engineers, leading nanotechnology research company Oxonica have produced a nano-diesel fuel additive which decreases fuel consumption, greenhouse gas emissions and other harmful emissions. This rock solid research has gone through years of large-scale trials. The science behind this is truly staggering – through the utilization of Cerium oxide nanoparticles in the early stages of combustion, the peak pressure of reaction is reduced. This has a knock on effect, because this reduced pressure results in less NOx emission. This prolongs combustion, which leads to a reduction in inburnt hydrocarbon and, ultimately, a decrease in fuel consumption of up to 9%. This research can be applied to nanocatalysts, the genius of the researchers behind this discovery used fundamental physics knowledge to manufacture a product that makes the engine do more work for the same fuel used – which can be also be done with catalysts! (P. Nagaraju Rao, 2010)

Global warming is a very pressing issue, with the 10 warmest years ever recorded being logged since 1997 – it’s these small improvements in existing reactions that add up to something phenomenal. (Friends of the Earth briefing, 2010) 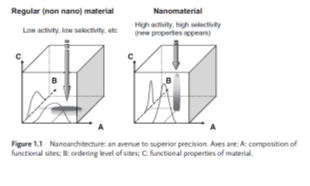 Figure 1. (Karine Philippot and Philippe Ser, 2013) Shows us how nanomaterials are more efficient than regular materials. 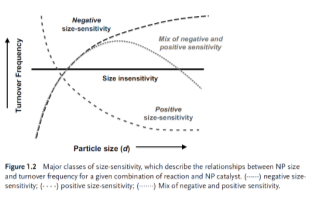 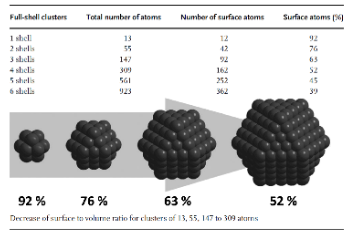 Lack of support from investors:

Lack of support from market:

The market will eventually embrace nanocatalysis:

Global Industry Analysts, Inc. predict that nanocatalysis will receive huge interest in the future, as global warming becomes more apparent and companies are either forced to, or willingly embrace more environmentally friendly methods. The global market for nanocatalysts is expected to reach $7.2 billion by 2020 – with nanocatalysts focused on removing harmful greenhouse gasses receiving the most attention. The strength growth of automobile production in India and China means the Asia-Pacific will emerge as the fastest growing market. They believe automobile production will be a huge revenue stream for this global market as nano-catalytic converters will be become the new norm for the automobile industry. This makes sense, with the astonishing rise of the electric car, fuel based cars will eventually be phased out of society due to global warming concerns – nano-catalytic converters can add a breath of life to this dying business. 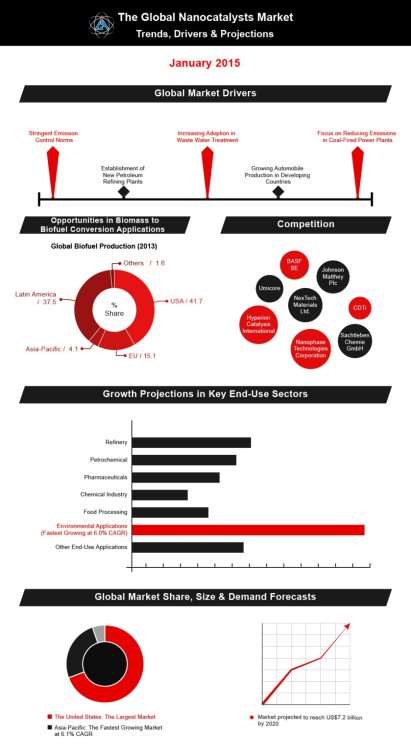 Normal, expensive metal, catalysts have been used for a very long time – this doesn’t truly mean they are better. Let’s take platinum as an example, which suffers from low efficiency, slow kinetics, high costs and a very short lifetime. Nanocatalysts are efficient, save money, durable and have a high stability. They are essentially the new generation of catalysts. But that doesn’t mean that the old will be phased out. As I’ve discussed previously, engineers and material scientists such as Dr Brian Woodfield and David Selck are using highly expensive metals such as platinum and putting them in porous nanocatalysts supports to the point where so little of the expensive metal is being used, that the actual cost is reduced extensively. (Karine Philippot and Philippe Ser, 2013)

Therefore, it would be better to classify nanocatalysis as an evolution, drawing from the old norms of chemistry and material science and using the theory behind this to reinvent the standard.

Through secondary research, I was able to gather information from a large number of sources. At the start of this research, I had many goals and vague ideas about what nanocatalysis had the potential to be. Through extensive research I was able to establish that nanocatalysts will be essential to solving large scale issues such as global warming by transitioning the world from large emissions of greenhouse gases to low emissions of these harmful gases. This will have huge effects on the world, with deals such as the Paris Climate Agreement put in place to ensure global warming isn’t the end of the world, nanocatalysis will surely be a card government and corporations will be playing.

I was also able to establish, through my research, that nanocatalysis is soon to be a very lucrative industry. Industrial predictions show that since nanocatalysts save money, improve efficiency, selectivity and yield it will grow to be a $7.2 billion dollar global market – to put this into perspective, this is more than double the valuation of the Cyprus stock exchange. (Visual Capitalist, 2016)

Nanotechnology may be the science of extremely small things, but it has a big future ahead of it.

Northwestern.edu, (1999). What is Catalysis? [Online] Available at: http://www.northwestern.edu/magazine/northwestern/winter1999/winter99coverstoryside1.htm [Accessed 16 Aug. 2016]

[DS1]This is not the format for Harvard referencing.

[DS2]Good use of examples in this paragraph.

[DS3]Should be in alphabetical order.