Human papillomaviruses (HPVs) are the most common sexually transmitted agents. High risk types of Human Papillomavirus, as HPV16, are the causative agents of virtually all cases of cervical cancer and a significant proportion of other anogenital cancers, as well as some head and neck cancers [1-3].

The K14-HPV16 transgenic mice model is specially used to study the HPV-associated squamous cells cancers. In this model, the expression of early region genes (E2-E8) of HPV-16 is driven by the keratin 14 promoter/enhancer [4]. The K14-HPV16 transgenic mice develop epidermal hyperplastic lesions that progress to dysplastic lesions and ultimately to invasive cancer. The expression of HPV oncogenes E6 and E7 induces epithelial carcinogenesis through well-defined premalignant stages before de novo carcinoma development [5]. The basal cells are mitotically active and thus may develop further mutations in response to a proliferative stimulus, and the expression of K14 has been shown to persist in well-differentiated squamous carcinomas [6]. This model of multistep epithelial neoplasia will facilitate the study of both the epigenetic and the genetic factors that regulate neoplastic progression and coordinate malignant conversion.

MicroRNAs (miRNA) are small, noncoding RNAs that regulate gene expression by base pairing with mRNAs, leading to the inhibition of mRNA translation or its degradation. In normal cells, miRNAs control numerous processes including proliferation, differentiation and apoptosis [7]. Furthermore, these molecules are described as key regulators in many diseases including, neurological disorders, cardiovascular diseases, viral infections and cancer. Some miRNAs are lost during tumorigenesis whereas other miRNAs are upregulated. Previous data indicates that miRNAs are important to distinguish subtypes of cancers, where the histological diagnosis is complex and difficult. Furthermore, it also may be a useful tool to diagnose cancers of unknown origin and to study cancer predisposition [8].

MicroRNA-21 (miR-21) has been implicated in various aspects of carcinogenesis. In most solid tumors, miR-21 is overexpressed and thus influences cell proliferation, differentiation and apoptosis [9-11]. However, the interplay between miRNAs, human papillomavirus (HPV) genes and how these interactions contribute to HPV-associated cancers remain elusive and not well understood.

15 offspring females from consecutive litters were genotyped at weaning, using tail tip samples. To genotyping were used tail tips of mice of the strain FVB, wild-type or hemizygous. Tissue lysis was performed using MAGNAPure DNA Tissue Lysis Buffer and Proteinase K for 17 h at 65 °C. Nucleic acids were extracted by the High Pure Viral Nucleic Acid Kit following the manufacturer’s instructions. To test the efficacy of the method of DNA extraction was investigated the presence of mouse-β-globin gene. The presence of integrated HPV was assessed by amplification of HPV-E6 and HPV-E2 genes by polymerase chain reaction methodology (PCR) in-house. The resulting genotypes were confirmed to the respective phenotypes. After genotype determination, all animals were sacrificed at 22 to 26 weeks-old and completely necropsied.

Skin samples were fixated in 10% neutral buffered formalin for 48 hours, routinely processed and paraffin-embedded. Histological sections (2µm-thick) were obtained and stained with haematoxylin and eosin (H&E) for examination on light microscopy. Samples and their lesions were classified as normal skin, epidermal hyperplasia and epidermal in situ carcinoma by two independent, “blind” researchers (CL and RGC).

To study miRNA-21 expression, the skin samples were macerated with the TRIzol reagent (Invitrogen) for RNA preservation. The extraction of total RNA was performed using aHigh Pure RNA Isolation Kit(Roche Applied Science), according to manufacturer’s instructions. RNA quality was assessed by measuring the absorbance at 260 nm and its purity was evaluated by the ratio of absorbance at 260/280 nm.

Data analysis was performed by the computer software IBM®SPSS ®Statistics for Windows (Version 20.0). The 2–ΔΔCt method, along with Student’s t-test was used in order to evaluate any statistical differences in the normalized expression of the miR-21.

To analyze the normalized relative expression (-ΔCt) of the different groups, we considered the results corresponding to 99% representation of the population (

To study the miR-21 normal expression profile in tissues, we quantified the expression of miR-21 in the ear and chest skin samples of the control group. We observed that the ear tissues have lower expression levels when compared to chest tissue (p = 0.036) (Fig.3 a)).

To compare the relation between miR-21 expression and lesion type, we analyzed the histology of ear and chest samples from transgenic mice and we quantified the expression of miR-21 in the same. We detected that lower expression levels of miR-21 are associated with cancerous lesions as in situ carcinomas (ear) compared with hyperplastic lesions (chest) (p=0,043) (Fig.3 b)).

Recent studies have associated miR-21 to the pathogenesis of various diseases, including cancer. (ref)

MiR-21 overexpression is observed in the majority of carcinomas and hematological malignancies. However, understanding of the potential role of miRNA-21 in previous microenvironment to the development of HPV-associated lesions remains elusive.

In cervical cancer, it is accepted that HPV infection is the most important factor for transition from normal cervical epithelium to cervical pre-neoplastic intraepithelial neoplasia and subsequently to invasive cervical cancer. However, the influence of others factors including the microenvironment are poorly investigated. Microenvironment associated to miR-21 may be key factor to the predisposition of cancer. We studied that the expression of miR-21 in normal tissues could be important in development of HPV-associated tumors.

Our results demonstrate that, in transgenic mice, all ear tissues presented epidermal in situ carcinomas and chest tissues showed epidermal hyperplasia. Thus, we hypothesize that these interesting facts could be related to different miR-21 profile expression of both tissues.

Our results indicate that there is no statistically significant difference between the miR-21 expression in HPV-positive samples and controls, concluding therefore that the presence of HPV does not directly influence the expression of this microRNA. This result is consistent with the hypothesis that differences in the miR-21 expression existing in the normal tissue microenvironment are an important determinant of the HPV-induced carcinogenesis process.

Several studies have expanded the concept that inflammation is a critical component of tumour progression. Many cancers arise from sites of infection, chronic irritation and inflammation [13].

Thomas X. Lu et al., identified an IL-12/IFN-g–dependent pathway as the most prominent upregulated pathway in the lungs of OVAchallenged miR-21-/- mice compared with wild-type littermate controls, providing substantial evidence that this is the major pathway dysregulated in the miR-21–deficient mice [14]. As IL-12 is a major cytokine that regulates Th1 versus Th2 decisions primarily by inducing T cells to produce the Th1 cytokine IFN-γ [15], may be related to inflammation responsible for tumor progression.

These facts that relate the miR-21 downregulation with increased inflammation may explain our findings that tissues with lower miR-21 expression are more likely to develop a carcinogenic pathway.

Pten has been verified as a miR-21 target in pancreatic cancer, hepatocellular cancer and squamous cell carcinoma [16, 17]. (…)

6.Stoler, A., et al., Use of monospecific antisera and cRNA probes to localize the major changes in keratin expression during normal and abnormal epidermal differentiation. J Cell Biol, 1988. 107(2): p. 427-46.

Fig. 1 Mice genotyping. The presence of integrated HPV was assessed by amplification of HPV-E2 (b) and HPV-E6 (c) genes by polymerase chain reaction methodology (PCR) in-house. Mouse-β-globin gene was used as endogenous control (a).

Fig. 2 Normalized relative expression of miR-21 in transgenic mice (HPV+) and wild-type mice (HPV-), in ear (a) and chest tissue (b). 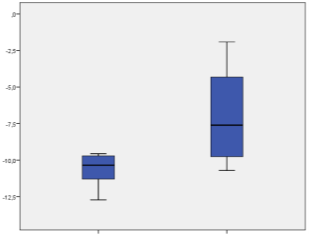 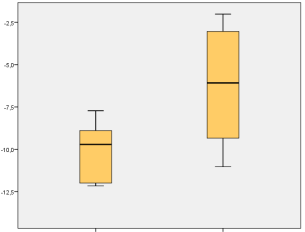