After careful appraisal and analysis of previous works, this project is categorised as a research gap due to the lack of relevant information on the topic. However, relevant literature exists, and they contain key information on various methodologies that will be employed on this project. Also, they contain relevant data that will be used to establish relationships as well as form baselines for this project. A key part of achieving the aim of the project is to perform an evaporation test with a similar test performed by James Hemingway as part of his doctoral thesis (Hemingway, 2013). This test, along with other procedures such as outdoor pitch modelling will help determine the evaporation rates and estimate the percentage loss of discharge via evaporation. This will help gain further insight into the drainage behaviour of synthetic sports pitches and will aid in developing more efficient products.

As the rate of flooding increases annually, the need for improved drainage systems and infrastructures to help reduce flooding increases significantly. Indeed, this prompted the engineering community to carry out research on various infrastructures that discharge large quantities of water into the local watercourses. This resulted in the need to fully understand the role sports pitches, especially synthetic sports pitches play within the drainage system as they discharge large volumes of water. Subsequently, this realisation led to the placing of drainage restrictions by the Government and planning authorities on surface water discharges going into local watercourses (Fleming & Forrester, 2014).

Synthetic sports pitches are great in number in the UK and the majority of them possess large coverage of area. The implication of this is that these pitches discharge huge amounts of water into the local watercourses (Simpson , Fleming, & Frost, 2012).  This ultimately has led to the development of methods to aid in controlling the flow of water into the local watercourses or related infrastructure (Fleming, Frost, & Simpson, 2016). A great example of this has been the deployment and installation of large, expensive, separate attenuation tanks integrated with synthetic sports pitches (Simpson, 2016). The accurate estimation of the volume of water collected from the discharge from precipitation, for example, is filled with complexities and since priority to this issue is on the low side, the current designs are somewhat too simplistic (Fleming, Frost, & Simpson, 2016).

Since synthetic sports pitches have been subject to drainage restrictions imposed by the Government and planning authorities, it means that it is important to account for the amount of discharges synthetic sports pitches contribute to the local watercourses. The issue with these pitches is that some of the discharges are not accounted for as confirmed by multiple studies and reports after precipitation occurs for example (CDSL, 2017). And this raises the question of “where does the rest of water go” and that is why this project will investigate into the role evaporation plays on this issue. This will include the drainage system and as sports pitches are increasing at a rapid pace locally and globally, understanding their hydraulic behaviour may lead to;

-          the development of an incorporated sustainable runoff attenuation system as well as the specified storage capacity,

And as such, this project will conduct a Laboratory and field study to support some research into the drainage behaviour of sports pitches particularly relating to surface evaporation.

This project aims to conduct a Laboratory and field study to support some research into the drainage behaviour of sports pitches particularly relating to surface evaporation.

The research aim will be achieved with the help of the following objectives:

Studies and various fieldwork have been carried out on synthetic sports pitches in the aspect of pitch infrastructure, user safety and pitch performance (Fleming & Forrester, 2014). Pitch infrastructure is especially important to the engineering community because it facilitates the understanding of the hydraulic properties of pitches in relation to drainage and other relevant processes (Hemingway, 2013). As such, relevant works as interrelated to this project published are appraised;

Gusting, Fleming, Allinson and Watson investigated the thermal behaviour of an instrumented 3rd generation ATP at Loughborough University and they made use of a numerical model to predict the surface temperatures. The investigations showed a rapid heating and cooling of the surface of a 3G ATP during peak summer daylight hours with the temperature rising up to 90º. Solar radiation, they reported, is the main factor driving surface temperature fluctuation and, in the end, they concluded that using a material with higher conductivity and higher albedo than black crumb rubber will allow for lower pitch surface temperatures (Gustin, Fleming, Allinson, & Watson, 2018). This particular publication does not answer the research question considered for this project, however, it provided a framework to establish the relationship between meteorological conditions i.e. solar and wind energy and the 3G ATP pitches. This framework in return will be incorporated into this project in the form of establishing a relationship between weather conditions and evaporation being one of the overall objectives.

Hemingway looked into the surface infiltration of synthetic sports pitches while also investigating the retention and evaporation characteristics of synthetic sports carpets. To carry out the investigation, he built a pitch model in the laboratory and using different pitch carpets, he investigated the phenomenon. In the end, he found that there are disparities in the infiltration mechanisms of different pitch samples due to infill properties. Also, he postulated that wind and solar energy have an effect on synthetic sports pitches after an evaporation testing was carried out (Hemingway, 2013). This publication gives more insight into the effect of solar and wind energy on synthetic sports pitches as well as the infiltration process and subsequent behaviour. It does not however answer the research question considered for this project as it was mainly focused on the surface infiltration, but the evaporation test carried out will act as a benchmark and will be replicated and modelled for this project albeit for slightly different purposes.

Simpson carried out a doctorate research project to “investigate and document the performance of common pitch construction and drainage systems to better characterise the key drainage mechanisms that occur and control the flow of surface rain water through the pitch to the discharge outfall”. He employed the use of field monitoring, laboratory trials and numerical modelling to further understand the drainage behaviour of natural and artificial sports pitches which provided key findings (Simpson M. , 2016). This publication tackled the drainage behaviour in a much broader sense using the three aforementioned core research activities so therefore it does not answer the research question considered directly. It however recorded numerous data especially from the use of some of the monitoring device called ‘FloPod” which will be used for this project as the benchmark from published literature.

This project deals with the pitch infrastructure part of things looking precisely at the drainage behaviour of synthetic sports pitches particularly in relation to surface evaporation. As mentioned, solid work has been done with regards to drainage especially into the understanding of the hydraulic properties of synthetic sports pitches as well as the infiltration of surface water. However, the role certain processes that may or may not affect the system, like Evaporation, play have been neglected and this has resulted in the availability of little to no research and studies concerning them. This has created a research gap and as such, this project has been aimed at investigating the surface evaporation attributed with synthetic sports pitches.

An evaporation test procedure will be conducted under a controlled setting in the laboratory and this will be replicated from the work carried out by Hemingway. Essentially, samples of synthetic pitches will be housed in a temperature control room and are subjected to simulated rainfall of a certain intensity and known quantity. Evaporation is then calculated by weighing the samples periodically for a certain time frame.

The experiment will then be modelled and be carried out outdoors under natural conditions. The weather will be monitored, and weights of the samples will also be observed periodically and just like the lab experiment, a change in mass will indicate loss due to evaporation. The work done by Hemingway provided the perfect framework as well as design to be able to monitor evaporation using the pitch model as well as real conditions which will go a long way in helping answer the research question.

One of the main drivers of evaporation is evidently temperature; and as such, the temperature will be recorded simultaneously with the experiment. The work of Gusting, Fleming, Allinson and Watson on temperature led to the consideration of temperature and understanding this will facilitate the formation of patterns with regards to the occurrence and rates of evaporations.

The data collected will also be compared to numerical methods of calculating field evaporation from the literature such as the data recorded by Simpson on the use of FloPod which would help to form correlations. In the end, recommendations will be provided based on the findings whilst carrying out the project.

This project will employ the use of various equipment and devices as used in the respective literature to help achieve the aim and objectives.

Weather Station – This is a device that employs the use of different sensors to record data related to the weather and environment (Acutrite, 2017). This will mainly come into play when carrying out the outdoor modelling as the laboratory testing will be in a controlled environment. 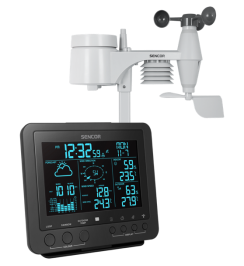 Laboratory scale – This will be used to measure the weights of the synthetic pitch samples before and after subjected to stimulated rainfall. 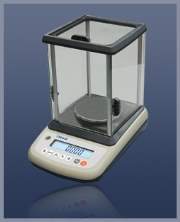 Turf samples – Four types of artificial turf surfaces used in the literature will be used for this project to perform the evaporation test. They include; Polytan Megagrass 35, Tigertuf soccer 40, Tigertuf soccer real 50 and Polytan Ligaturf RS+265 (Hemingway 2013). They are all essentially mad of the same fibre material i.e. polyethylene with the only exception being Polytan Megagrass which is made of polypropylene (Severn, Fleming , Clarke, & Carre, 2010).

Outdoor model – This will include all four pitch surfaces and the outdoor experimentation will be carried out with the weather station for various time frames. 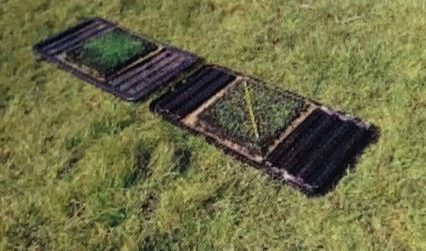