IN WHICH AREA OF HEALTH CARE CAN GENOMICS MAKE THE BIGGEST IMPACT, AND WHAT SCIENTIFIC ADVANCES ARE NEEDED TO MAKE THIS HAPPEN?

Cancer management is one of the hottest areas in modern healthcare, especially with its increasing burden in both developing and developed countries. Genomics has changed the landscape of cancer management. This review highlights the current knowledge and concepts concerning how genomics with the advent of new technologies has revolutionised cancer management. Although we still have a long way to go till achieving full cure of cancer, the rapid development of cancer research carries fruitful promises for the near future.

The International Agency for Research on Cancer (IARC) has recently declared that global cancer burden rises to 14.1 million new cancer cases and 8.2 million cancer-related deaths occurred in 2012, compared with 12.7 million and 7.6 million, respectively, in 2008, with prediction of a substantive increase to 19.3 million new cancer cases per year by 2025. Prevalence estimates for 2012, show that there were 32.6 million people alive over the age of 15 years had a cancer diagnosed in the past five years. 1

This sets off the alarm bells, we have to develop more effective tools to face this current situation.

Genome sequencing and the oncogenic landscape:

Cancer is driven by various genomic alterations. The emergence of the draft human genome sequence in 2000 empowered the study of cancer genomes in many ways. With the arrival of the next generation sequencing (NGS) the tumour biology research has further revolutionized.2

With comprehensive sequencing of many cancer samples, huge number of mutated genes were discovered, so it is crucial to classify these genes into those whose mutations confer with selective gross advantage for the cancer ( driver genes mutations) and those which occur though the course of tumourigenesis and do not have great impact on the selective gross advantage (passenger mutations). There are about 140 driver genes identified till now. A typical tumour contains two to eight of these driver gene mutations. Driver genes can be classified into 12 signalling pathways that regulate three core cellular processes: cell fate, cell survival, and genome maintenance (Fig. 1). Therefore, targeting the driver genes or their products could have a great impact on tumour growth. Besides, the administration of unnecessary, costly, and potentially toxic treatment will be avoided.2 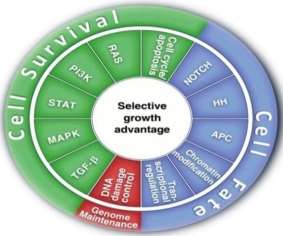 Targeted therapy towards the products of mutated driver genes has revolutionized the modern cancer therapy. This is best exemplified by imatinib which targets the Abelson (ABL) kinas in chronic myeloid leukaemia (CML). ABL kinase is a chimeric oncogenic fusion protein resulted from a reciprocal translocation of break point cluster (BCR) on chromosome 22 and ABL on chromosome 9. Food and drug administration (FDA) approved imatinib as first-line treatment for CML in 2001 for its magnificent response with 89% overall rate of 5-uear survival for patients treated. 3

It is crucial to accurately match patients with the most appropriate drugs. Otherwise, some anti- cancer drugs would be clinically useless because the personal and financial costs would far outweigh the benefits. For example, targeted epidermal growth factor receptor (EGFR) inhibitors achieve a response rate of 71% in patients with non-small cell lung cancer whose tumour harbour an activating EGFR mutation compared with 1% for those without a mutation.3

There are many targeted drugs that are already used or will enter the clinic soon (Table 1).3

Genetic networks and pathways: one hit is not enough

Genomics has shed the light on genetic networking and pathways, where tumourigenesis results from multiple mutations in different genetic networks driving one or more pathways that eventually lead to the acquisition of the growth advantage. This could explain why some targeted drugs are thwarted by resistance. Moreover, this could provide novel combinations for therapeutic intervention.4

For example, most of melanomas are driven by mitogen-activated protein kinase (MAPK) pathway which is composed of Ras-Raf-MEK-ERK switches. Melanoma patients who have B-RAF V600E variant greatly respond to the B-RAF inhibitors (vemurafenib and dabrafenib). Vemurafenib was approved by FDA in 2011 for increasing the survival in melanoma patients. 4

Unfortunately, this response is short-lived and regulation of two other agonists of MAPK- signalling, C-RAF and MAP3K8/COT, could bypass the requirement for B-RAF by re-activating the pathway downstream of the drug target. In a similar vein, Nazarian et al. (2010) have shown that another member in the same pathway called MEK – a downstream kinase to B-RAF- is also mutated in resistant cases. Therefore, adding MEK inhibitors to vemurafenib, could effectively eliminate most of resistant cells.4

Recently, Villanueva et al. (2013) have shown that the response rate to MEK inhibitor (trametinib) is decreasing. Resistance to MEK and BRAF inhibitors was conferred to MEK2-Q60P mutation and BRAF-V600E amplification, respectively, resulting in sustained MAPK activation in the resistant cells. Interestingly, concurrent use of both dabrafenib and trametinib from the start, not after developing resistance, could significantly improve the efficacy and decrease resistance to therapy. Moreover, a triple combination of dabrafenib, trametinib, and the PI3K/mTOR inhibitor GSK2126458 led to sustained tumour growth inhibition.5

This paves the way for novel combinations of drugs targeting multiple nodal points in cancer- driving pathways. As a result, cancer therapy will be more efficacious with less resistance.

Many cancer genome projects unleashed in the past decade have identified essentially complete sets of protein-coding genes, coupled with the discovery of novel microRNAs. Moreover, deeper coverage of many cancer genomes has identified a wealth of somatic mutations, including copy- number changes (deletions and amplifications of DNA), rearrangements, point mutations and small insertions in many tumour types. However, the real challenge is to classify these enormous data sets and translate them into functional and actionable alterations.6

Recently, computational algorithms and functional genomics together with the sequencing of complete genomes of human cancers provide comprehensive catalogues of somatic mutations that fuel different types of cancers. Moreover, these catalogues predict possible targets for therapy in a resistance emerged towardsB-RAF inhibitors. Johannessen et al. (2010) have shown that up-selected cancer.

12 cancer types are classified according to their genetic and epigenetic alterations, and then they are gathered into pathways that affect oncogenesis with correlation between these functional alteration and available targeted therapy (Fig. 2). The globally coordinated International Cancer Genome Consortium (ICGC), of which TCGA is a member, will add thousands more samples and additional tumour types which together with computational algorisms will lead to better understanding of cancer.6

In the future, we would have a genomic atlas for different types of cancers guiding us through our quest for finding a cure for cancer.

MicroRNA and cancer: tiny but powerful

MicroRNAs (miRNAs) are small noncoding RNAs which enhance the cleavage or translational repression of specific mRNA with recognition site(s) in the 3’-untranslated region (3’UTR). They are involved in multiple biological activities as well as disease progression including cancer. Depending on the functions of their targets, they could act as either tumour suppressors or oncogenes. Dysregulation of miRNAs has been widely observed in different stages of cancer either by structural genetic alterations, epigenetic changes or abnormal biogenesis.7

Recently, miRNA-based anticancer therapies have been exploited, either alone or in combination with current targeted therapies. MicroRNA approaches could concurrently target multiple effectors of pathways involved in cell differentiation proliferation and survival (Fig. 3). 7

For example, O’Day et al. (2010) have shown that miR-24 inhibits proliferation through direct targeting of c-Myc, E2F1 and a number of related molecules. Interestingly, Ma et al. (2010) have shown the crucial role of miR-10b in breast cancer metastasis. This group has also exploited a possible therapeutic application, reporting that systemic treatment of tumour-bearing mice with miR-10b antagomirs suppresses breast cancer metastasis. This opens the door for the use of oligonucleotides or virus-based constructs to either block the expression of an oncogenic 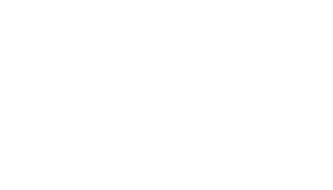 For a cancer to develop and metastasise, it must first escape the immune surveillance. Cancer uses a Houdini mechanism to hide its antigens and deceive the immune system. Hanks et al. (2013) have shown that loss of tumour-expressed type III transforming growth factor receptor (TGF R3), enhance TGF-signalling within loco-regional dendritic cells (DCs) and up-regulated both the immune-regulatory enzyme indoleamine 2, 3- dioxygenase (IDO) in plasmacytoid DCs and the CCL22 chemokine in myeloid DCs. These alterations mediate T regulatory cells infiltration and the suppression of antitumor immunity.8

Another recent approach in this field is releasing the brakes of the immune system by using checkpoint blocking antibodies. For example, antibodies directed against cytotoxic TÂ­ lymphocyte antigen 4 (CTLA-4) (e.g. Ipilimumab) and programmed death 1 receptor (PD-1) (e.g. Nivoluma) have demonstrated significant recent promise in the treatment of an expanding list of malignancies. Ipilimumab was approved by FDA in 2011 for significantly improving the survival of patients with metastatic melanoma. Further research will demonstrate much more checkpoints that can enhance immunotherapy either alone or with combinations with other drugs.9

Bedel et al. (2011) have shown a pivotal and novel role for signal transducer and activator of transcription 3 (STAT3) in modulating the expression ofMHC-I chain-related A (MICA) -one member ofNKG2D-L family- in cancer cells. Interestingly, neutralizing STAT3 with pharmacologic inhibitors or siRNA has led to an increase in NK degranulation and IFN–y 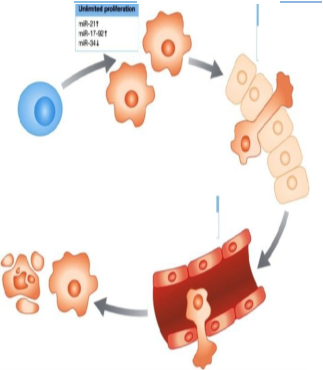 This sets the stage for developing novel effective immunotherapies in the future as well as increasing today’s ones efficacy.

Genomics has revolutionary changed the landscape of cancer management. Whole genome sequencing of many cancer types combined with computational algorithms will add a wealth of information to our current knowledge. In the future, complete comprehensive genomic atlas will be available for most cancer types. Therefore, the mutations driving an individual’s cancer could be exactly identified then precisely targeted by chemotherapeutics, immunotherapy, synthetic oligonucleotides or combinations of those. This will increase the efficacy of the therapy. Besides, the administration of unnecessary, costly, and potentially toxic treatment will be avoided. It will be true that cancer could be cured!