The Effect of Crowd Size and Colour Cues on Face Recognition

The influencing factors of face recognition have been well documented in psychological literature. The present study examined the effects of colour cues and crowd size on face recognition, whilst also analysing the interaction between these two variables. An opportunity sample of eighteen participants aged between 19-22, both male and female, took part in a within subject’s design. Participants were given forty trials to complete, whereby they were shown a target face for three seconds in either colour or black and white, then immediately asked to find that face as quick as they could in a small or large crowd, also in either colour or black and white. The results showed a significant effect for crowd size on face recogniton, whilst the effects of colour cues just missed significance. There was a significant interaction between crowd size and colour cues, suggesting reaction time was quicker in the colour condition when the crowd was small.

A vast amount of psychological research has been conducted on factors that alter our ability to identify faces. Face recognition is the primary focus of attention in social relationships and is critically important in the communication of emotions and identity. Hence why face recognition is applied in serious real-life areas such as security systems, passport control and identification of criminals.

This refers to the eigenface theory of face recognition which adopts a holistic approach by transforming faces into a small set of essential characteristics/eigenfaces (eyes, ears, nose etc) that are important in the learning stage (Slavkovic and Jevtic, 2012). The human face has an extremely dynamic and complex structure with characteristics that can significantly change between people, therefore this approach uses Principle Component Analysis to reduce the number of variables in face recognition. A vast amount of research has explored the importance of facial features as an eigenface factor. Haig (1984) found that original faces were recognised much quicker than faces that had been modified by altering the facial features, suggesting the structure of facial features is important in face recognition.

Another eigenface factor that can influence face recognition is colour cues. Yip and Sinha (2002) investigated the contribution of colour cues to face recognition and found that recognition performance with coloured images was significantly better than with grey-scale images, suggesting that colour has a positive influence on our ability to recognise faces. In support of this Hancock, Bruce and Burton (2000) highlighted that grey-scale information can dramatically affect face processing and that differences in colours used in an image can create problems for human face matching. This could potentially lead to important problems regarding the use of security images as these tend to appear in black and white.  However, Bruce et al (1998) examined face recognition for high quality videos in colour and monochrome, and found that colour did not improve face identification compared to black and white, but was crucial when identifying other key components of a perpetrator on CCTV such as colour of clothing, vehicle, hair etc. Therefore, these findings show that colour can be beneficial for face recognition and identity matching in a real-life setting, which has legal advantages especially when trying to find a criminal.

Colour is not the only factor that can influence accuracy of face recognition, particularly in a legal setting. Research on visual crowding (i.e. clutter) has been shown to limit perception and object recognition. Whitney and Levi (2011) claim that crowding impairs identification, but this depends on how many stimuli are surrounding the target object. Ohman, Juth and Lundqvist (2010) studied the effect of distractor redundancy on face recognition between two different stimuli sets, one with 6 faces and one with 60 faces. They found face recognition was poorer with the large stimulus set than the small stimulus set, suggesting distractor redundancy has a much stronger effect when there are more faces/distractions present.

The present study aims to build on Ohman, Juth and Lundqvist’s research by investigating the effects of both crowd size and colour cues on face recognition, as they are yet to be studied collectively. The findings from this research could lead to improvements in criminal identification methods such as CCTV and eye-witness testimony.  Eighteen participants will take part in a within groups design. All participants will complete forty trials; in each they will be shown a target face to remember, either in black and white or colour, and immediately after will be asked to find the face in either a small crowd (four faces) or large crowd (ten faces) also in either black and white or colour. If according to Ohman, Juth and Lundqvist that larger crowds impair face detection, then we would expect a quicker reaction time to finding the face in the small crowd than the large crowd. Similarly, if according to Yip and Sinha that colour cues improve recognition performance then we would expect the colour condition to have a quicker reaction time than the black and white condition. We also expect an interaction between colour cues and crowd size, such that reaction time will be quicker when recognising a target face in the colour condition when the crowd is small.

To control forconfounding variables, a total of 300 faces were used so that no face had to be used twice, hence avoiding practise effects. Also, in half of the trials the target face was present in the crowd and in half it wasn’t; this avoided response bias and ensured participants were answering honestly.

The experiment was created using the OpenSesame software: https://osdoc.cogsci.nl/, and consisted of forty trials that all participants completed. In each trial, participants were shown an individual face in either colour or black and white for three seconds, then immediately after were presented with another screen that contained a crowd of faces. Participants were asked to press the right arrow key on the keyboard if they could not find the face in the crowd, and the left arrow key if they could find the face in the crowd. In half the trials a large crowd was used consisting of ten faces and in the other half a small crowd was used consisting of four faces. Similarly, in half the trials the crowd of faces were shown in colour and in the other half the crowd of faces were shown in black and white. To control for response bias, the target face was present in the crowd for half of the trials, but not present in the other half. OpenSesame counterbalanced and randomly presented the trials so there were equal amounts of all conditions; ten trials were large-coloured crowds, ten were large-black and white crowds, ten were small-coloured crowds and ten were small-black and white crowds. Reaction time was measured in milliseconds for how quick participants were to recognise the face or not, indicated by which arrow they pressed.

A 2 (colour type: colour or black and white) x 2 (crowd size: small or large) within subjects’ design ANOVA was performed on the data.

Post-hoc t-test comparisons were performed with p-values altered for familywise error rates using the Bonferroni correction. Table 2 shows that four out of six comparisons were significant.

These findings contradict those of Yip and Sinha (2002) who found that coloured images produced better recognition performance than grey-scale images. Similarly, Hancock, Bruce and Burton (2000) demonstrated how grey-scale information can negatively affect face recognition. Although the present findings did not reveal a significant effect of colour, it only just missed significance which still highlights the importance of colour as an eigenface factor. Colour provides us with more visual information that can be used to recognise a person and must therefore be processed holistically along with other characteristics like facial features. However, the findings do support those of Ohman, Juth and Lundqvist (2010) who concluded that larger crowds provide more distractions and therefore slow down reaction time for finding a target face. Therefore, this study has theoretical advantages as it builds on previous research on the influence of eigen-face factors for face recognition.

There are some practical implications to the findings from this study. Bruce (1998) concluded that colour is crucial when identifying important aspects about a perpetrator such as colour of clothing/vehicle and this study found that colour, although not significant, did improve face recognition in both the large and small crowds. This suggests that colour is an essential part of criminal identification and could lead to improvements in CCTV such as filming in colour instead of grey-scale as this could increase the likelihood of recognising a criminal, especially if they’re in a large and crowded public space.

However, there is a limitation to this study regarding the stimuli. When uploading the images onto OpenSesame, they were edited to be the exact same size however once the experiment ran, some of the images appeared smaller in size than others. This created an extraneous variable as the difference in image size could’ve impacted reaction time rather than the variables we were manipulating. The large, coloured crowds appeared smaller on the screen in comparison to the others which may explain why this condition had the slowest reaction time (M=1832.21), therefore this reduces the internal validity of the study as we cannot be sure whether the experimental conditions were having an effect or not. However, if this study were to be replicated researchers could control for this issue and ensure all images are presented in the same size. Similarly, the effect of colour cues was just shy of significance, therefore future researchers may wish to use more colourful stimuli in the colour condition to really differentiate between the grey-scale images as this could create more variability in the findings and give potential for a more significant result.

The concluding point of this research is that crowd size significantly influences face recognition, and if studied again colour cues may be proven to have a significant effect also. This can guide future research on the influence of colour and crowding on criminal identification methods such as CCTV and eyewitness testimony.

Table 1. Means and Standard Deviations of reaction time in milliseconds for recognising a target face in a large/small crowd and the colour/black and white condition.

Figure 1. Mean reaction time in milliseconds for recognising a target face in a large or small crowd and for the colour or black and white condition. Error bars are ±1 SE 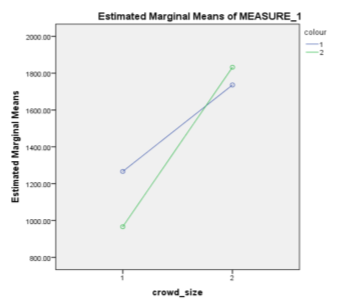 Table 2. Post-hoc comparison table for the six statistical t-tests that were carried out.