This reports primary aim is to answer the question whether or not ‘is shopping political?’ In order to delve into this statement, this report will be split into sub-headings creating a commentary around the various political trends amongst the area of consumerism. These sub-headings will range from theories on false needs, to backlashes against the system such as Anti-branding, and ethical consumerism. This discussion will allow for the examination of how these actions transpire the arena of consumerism into a political environment. Whilst examining these political statements, the second aim is to apply the wide array of differing ideological paradigms that are amongst the ‘politics of the everyday’. Then using them in-conjunction with the previously mentioned areas, it will then conclude by answering the question at hand.

Firstly, the statement is ‘shopping political?’ is in itself a hard question to define, as shoppers make their decisions based upon a wide category of ideas, which goes further than the confines of price or convenience (Petrocelli 2013). These next paragraphs will explore the wider dimensions of shopping. 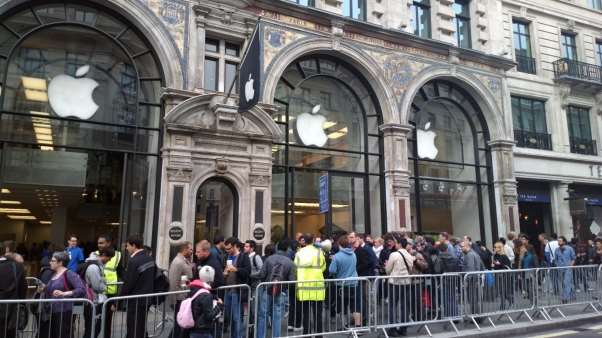 This image depicts an Apple shop releasing a new upgrade of the iPhone, where hundreds of people are waiting to purchase it. This event to some is a seemingly normal occurrence in everyday life. However some theorists have looked deeper into these events with a more critical eye. Herbert Marcuse’s ‘one dimensional man’ argues that society today is distorted; and this so called ‘consumer society’ and the politics of corporate capitalism has created a second nature of man which ties him libidinally and aggressively to the commodity form (Marcuse 1964 p.11). This quote and picture generates an extremely valuable point for today’s society, as if we examine the constructs of our culture; every advisement, every commodity, generates an image that without these materials we will not achieve any form of freedom or happiness.

Marcuse also points out that these false needs are nothing to do with our basic needs like; clothing, or shelter. They are posed upon us by elites to alienate and re-press society, making us blind to the true imperatives of this world. For example one does not need a million pound mansion. Yet, one will work 70hours a week putting them under constant stress or even to die prematurely for this so called ‘need’ (Chernus N.d p.7) instead of focusing issues such as poverty. Neo-Marxists are also sceptical of this dependency of commodity fetishism arguing it organises our lives in an exploitative way. Evidently, we don’t feel like victims in this controlled society, in fact we feel very much liberated. But, this system outlines that that possessing, consuming, handling and constantly renewing these gadgets (Marcuse 1964 p.11) is the true form of freedom.

Bauman’s theory ‘Liquid life’ can also be used to comment on the oppressive nature of consumerism. To back up Marcuse’s argument, Bauman stressed that the very nature of liquid life creates a dependency on these gadgets. But he also acknowledges that those hot-headed or desperate enough to try and defy the odds stacked against them risk becoming outlaws and outcasts (Bauman 2005 p.6). Creating an assumption that liquid life not only controls an individual, but those who attempt to defy it risk being alienated, for example the phenomenon ‘keeping up with the Jones’s’, could be an example of liquid life as we feel compelled to better ourselves over others, otherwise we feel materially deprived.

Marcuse’s thesis on false needs is an exceptionally good doctrine into the examination of how politics is embedded within the purchase of commodities. However, this kind of alienation and repressive nature of shopping, does not sit well with post-modernist theorist Roland Inglehart. Whom would argue that the idea of purchasing goods does not necessarily mean oppression. As Inglehart’s theory is very much embedded with Maslow’s ‘Theory of Human Motivation’, he argues that because we ‘no longer have a direct relationship to the imperatives of economic security’ (Inglehart, 1977p.991). Citizens will then ‘desire worldly goods as symbols of affluence’ (Inglehart 1971 p.991). This standpoint suggests that the idea of purchasing luxuries should be celebrated, due to the fact that we are now in a society that can afford to do so without fear of economic restraints.

To conclude on this section the capitalist system has certainly created a high dependency on false needs. We are programmed to achieve personal needs not because we truly need them, but for pure gratification, driving many into debt. 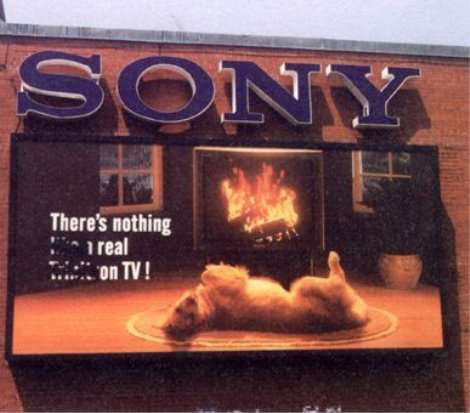 With the last sub-heading examining the oppressive nature of shopping, this section will examine a particular backlash that has emerged out of this critical thought. ‘Anti-branding’ is a growing resistance to transnational brands and corporate globalisation (Hollenbeck 2006 p.479). What seems important to note is that historically these kinds of backlashes are intertwined with Lefebvre’s social space theory, on the grounds that it tended to use an occupation of a physical space such as 1968 student protests. Yet, in this globalising age with the ease to obtain technology, protests are transpiring into virtual spaces. The internet is altering the balance of power between customers and companies, customers are using this as a tool to achieve louder voices (Pitta and Fowler, 2005 cited in Farshid et al p.1) without the constraints of time or location.

The ideas of Bauman’s, and Marcuse’s arguments that capitalism corrupts, is being slowly eroded by Inglehart’s postmodern analysis that we are rationally informed political actors. As this new technology like the smart phones has paved way for the consumer to communicate, discuss and digest large amounts of information, which isn’t necessary from ruling elites or corporations. With theorists such as Naomi Klein in her book ‘No logo’ she commented upon the culture jamming phenomenon regarding it as ‘identity politics goes interactive’ (Klein 2000 P.289). With these points in mind it does suggest that politics is within these protests.

Nonetheless, a counterargument that can be raised; is that it has become increasingly difficult to define a brand name, due to the fact it is now applied in all manner of products and even politics itself. Take Tony Blair’s ‘Cool Britannia’ campaign in ’97 this was a brand name linked to a political party, but was branded in such a way to represent a ‘cool’ rhetoric; that stood for Britain’s film and music scene etc. A large majority of individuals got behind this movement. However, using a Marcusian standpoint it could be used to suggest that this kind of branding is actually just a window dressing and the political undercurrent for oppression remains the same; it is just more sophisticated in its implementation. 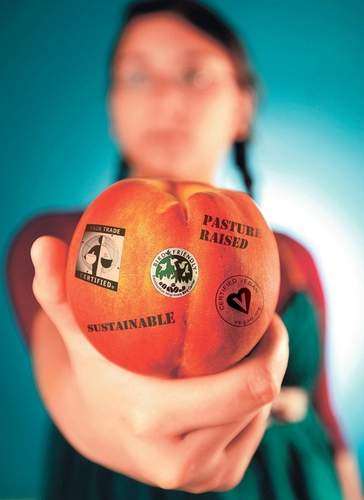 Highlighting the various backlashes against consumerism in the previous heading, this subheading will explore how ‘new politics’ has emerged from these protests. Campaigns such as the ‘Nike Anti-Sweatshop campaign, aimed at raising awareness about the labour conditions in company owned factories in developing worlds, can be associated with the certain anti-branding campaigns. But these new movements could be argued to have laid the foundations to larger movements such as ‘consumer ethics’.

The incorporation of ethics into consumerism has created a case for is ‘shopping political’, on the grounds that this ethical nature has led to changes in practises of companies and law itself. For example; ‘Canned tuna companies were pressured through consumer boycotts to end fishing practices that endangered dolphins before governmental legislation mandated such’ (Marzocca 2012). This kind of rationality can be connected again with Inglehart’s post-materialism thesis as certainly movements have relied upon communications between political actors like environmental, fair trade and Human right groups. The barriers in which we gathered information has ceased to exist creating an informed citizen.

Continuing, the emergence of ethics it can be used as a critique to the so called ‘manipulated consumer’ standpoint of Marxists. As, evidently personal attitudes and purchases are now informed by ethical or political assessments of business’ and government practices, so when consumers deface or scrutinise their practises it is essentially a globalisation of individualism. This argument can be very much linked to the Feminist ideology who saw that the ‘person is political’. With that being said the consumer is therefore acting ‘politically’ and is less ‘brainwashed’ than we thought. The standpoints from the Chicago school of economics that protests are due to individuals being unable to conform to society are therefore misguided. On, the grounds that in today’s society there are agents who monitor public opinions (UKPOM) and trends, suggesting that it is no longer enough for corporations to focus on shareholders’ goals but, they are evaluated on their ethical and moral values (Takala 1991 cited in Uusitalo 2004 p.214). Thus, implying citizens do not possess cognitive inadequacies as proclaimed by this school.

Concluding, on this report with a reï¬‚ection on the whole debate of consumerism, just because this act of shopping does not necessarily follow the traditional rhetoric set by politics with a capital ‘P’, this does not mean the impact isn’t just as significant. Examining theorists of the everyday such as Inglehart, Marcuse and Lefebvre they clearly suggest that politics is among shopping on many different levels. In order to answer the question of this report, the most convincing form of politics in shopping is situated within the area of ethical consumerism. The idea of this phenomenon is not situated at one particular company or government; it is an extension of the larger political movements such as new social movements whom are also striving to achieve the same ends through more contemporary measures like lobbying or protests. These new social movements are the foundation to new political subjects, the creation of new political spaces (Lefebvre), and ultimately changing the perception on what we mean by society (Marcuse/Inglehart) (Carrol 1997 cited in Harter 2011 p.15). There is a sizeable power the shopper holds in relation to the purchasing of goods as if shoppers change the way they shop or perceives a business, it means that these institutions have to adapt to the new paradigms set, emphasising that shopping is political in both nature and in action.