From colonial times to present day 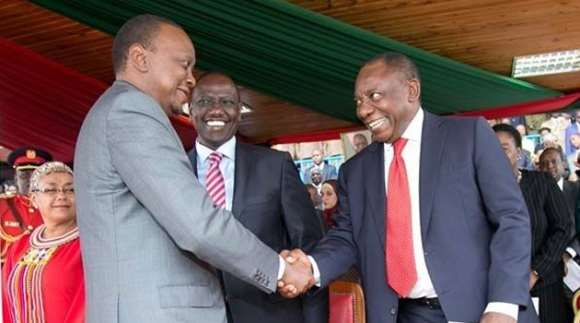 This briefing paper examines Kenya’s security strategy in terms of external and internal threats. It will analyse why Kenya has taken specific measures to tackle threats and challenges from Kenya’s colonial period to present day.

In terms of geopolitical factors, the Nile was and is a very important river. Britain wanted to capture and control the Nile in the 1800s, in order to increase trade. Additionally, they wanted to have control over Egypt, by capturing the source of the Nile, which helped sustain the country and then move on to control the Suez Canal. By doing so, the British would have full control over trade in the Middle East with Europe. Kenya was colonized from 1885 until 1964, when it gained its independence.

The first decade after Kenya gained its independence, Somalia posed one of the biggest security threats. In 1992, after the overthrow of Siad Barre, the president of Somalia at the time, Somali refugees found shelter in Kenya as their country was a very unstable state, and this quickly started impacting Kenya’s national security. Somalia was then ruled by jihadist militant group, Al Shabaab, and through the influx of refugees, it allowed terrorism to cross borders to Kenya with kidnappings and hijackings increasing rapidly. Terrorism is still one the most challenging and serious threats Kenya faces today.

Another neighbouring country that posed a threat to Kenya was Uganda, in terms of external security. The rise of Idi Amin caused tensions between the two states, as the Ugandan president claimed a part of Kenya. To respond to this threat, Kenya improved its air force and build a stronger army in terms of number of soldiers enrolled. The tension between these two nations was a great challenge for Kenya and a threat it faced and still is today with the proliferation of small arms and the instability of a bordering country.

Adding to that, South Sudan poses a great threat to Kenya’s national security. In 2011, South Sudan, gained its independence, attention was brought to the Elemi triangle and countries in that region. This challenge was dealt with through peace talks to come to a common resolution in a diplomatic and civil manner, however, it could still pose a threat to regional security and impacting Kenya in the future, as different nations have different interests. Furthermore, internal conflicts in South Sudan also threaten Kenya’s national security, as they could spill over and start spreading in other nations which would destabilize the region and its security.

In terms of social security Kenya, since independence, has faced problems with ethnicity influencing internal politics thus affecting the nation’s national security. These ethnic groups which lead to a divided nation have existed since Kenya’s colonial era to post-colonial and even today remain an imminent threat to the security of the country. Kenya understood this challenge, thus included in its constitution, that the government should have a legal requirement in appointing a leader that will reflect and support ethnic diversity and not favour certain ethnic groups.

Distinction was made between ethnic groups based on the land they owned, however this lead to ethnic conflicts for land ownership between different groups. Another difference that divided these ethnic groups was language which encouraged strong ethnic identities trying to prevail and ending up in conflicts. Adding to that, the effect that ethnicity had on Kenya, is that it divided the country into 42 different tribes which intensified internal ethnic conflicts that posed a security threat to Kenya before and even after independence and affect Kenya’s economic development agenda.

In terms of political security, Kenya was influenced largely from its colonizers.Â  The structure that they adopted into their political system was created by the British who colonized Kenya. However, the diversity of ethnic groups was embedded into politics with culture violence being the only tool Kenyans used to achieve their aim. There was no trust between different ethnic groups and thus leading to a more polarized political system with the risk of increasing cultural violence to resolve issues.

Ethnic groups formed their own political parties to establish power to their own people. This lead to election violence, which is still one of the most important internal security challenged the nation faces today. Kenya’s political system was and is still is divided between these ethnic groups which could potentially lead Kenya into a civil war which could simply be used as a “political statement.” After Kenya gained its independence the government of Kenya tried uniting the nation into thinking as a unity instead of being segregated into the 42 ethnic groups and tribes, hoping to put an end to political rivalry and focus on issues such as poverty and health security as one nation. Policies were formulated to achieve regional stability as well as continental unity to depolarize the world from the two superpowers at the time (USA vs. USSR). Kenya was always a neutral country during the time period 1960-1970 as it had a vision of a united Africa.

The second decade after Kenya gained its independence, Somalia still posed a threat to the nation, as it continued receiving support from the Soviet Union. The end of the Cold War had a negative impact on Kenya as the US tried promoting democracy which led to a negative response by some Kenyan ethnic groups.Â  These rallies that took place to promote democracy, often resulted in violence.

To obtain economic security Kenya has to ensure that it has financial stability, access to resources and that its citizens have sufficient income. However, Kenya still suffers from high levels of unemployment, poverty, and segregation of different income classes. In terms of economic dominance, Kenya has seen its industries grow and help finance some of the projects Kenya envisioned in the Vision 2030, an ambitious plan Kenya wanted to implement by the year of 2030.

The division of people in terms of wealth is very visible in Kenya. Poverty is at high rates which leads to unstable settlements and the rise of criminal behaviour, as people have to compete with each other for basic resources such as food and water. Reasons why the nation has failed to implement policies to reduce poverty and the wealth gap is poor budgeting and overestimating the nation’s capabilities. There is a lack of appropriate policy frameworks and personnel to carry out these policies.

Kenya in recent times, has discovered oil, gas and other mineral resources which could potentially lead to an growth in the country’s economic development. Kenya has responded to these opportunities in a diplomatic and business like manner, already singing contracts with international oil companies for the exploration of its oil as well as training its own people in handling and exploring these sources themselves. However this puts Kenya in a difficult spot as the instability of its region could lead to radicalized groups wanting control of Kenya’s oil. The nation wishes to create strategic and business relationships with big international companies in order to avoid these sources falling in the wrong hands.

In terms of political security, with 42 different ethnic groups present in Kenya, Kenya is a divided nation with a lack of a national identity. Ethnic violence has been present in Kenya even before its independence. Even after the nation gained its independence, ethnic groups still divide and pose a challenge to Kenya’s national security. Kenya’s attempt at resolving this challenge was not successful and therefore Kenya’s idea of addressing with the issue is through educating younger generations on how to think like Kenyans instead of following their ethnic prejudices. Kenya has constantly failed at resolving ethnicity and ethnic conflicts is still is a corrupted government.

With the segregation of different ethnic groups, presidency is also in favor of the ethnicity of the party elected. In 2008 was the biggest political conflict Kenya has witness with the violence used a s a tool to displace members who were in power of specific ethnic groups. Keya created a legislation and made it a legal requirement to found political parties based on the person’s religion or ethnicity and this was also used to prevent gender discrimination. All parties were required to follow a code of conduct.

The nation has failed repeatedly as it has not yet resolved the issues with ethnicity and corruption. Corruption in Kenya weakens its agenda on economic development. These ethnic groups are not only present in Kenya but also in other neighbouring countries which makes it very difficult for the country to respond to such an imminent and large threat that it is facing as it is surrounded by unstable nations..

Kenya has been struggling with health security for a long time. Incidences of malaria, HIV/AIDS, Tuberculosis and other diseases have affected, not only Kenyans but also national economic development. More of the nation’s funds are directed towards building a better health care system that would cater to everyone and could be afforded by everyone. This eventually leads to a slower economic growth for the country, which leads to lower incomes for certain groups of people and thus resulting in a higher percentage of poverty. Kenya focuses on education, health and poverty as key instruments in developing the country and creating this prosperous nation it has envisioned by 2030.