The electroencephalogram (EEG) as described by David Eagleman and Jonathan Downar (2016), is a device designed to measure and record brain wave patterns, and was originally designed for evaluating brain activity of epileptic and brain damaged patients (p. 312). The current study is a replication of Kubova, Kuba, Spekreijse, and Blakemore’s 1995 study utilizing the EEG to measure the effects of coherence and luminance on motion-onset visual evoked potentials (VEPs). The two independent variables looked at in this study were motion coherence (100% coherent and 1% coherent), and luminance (dim vs bright). The hypotheses were (a.) coherence should affect the amplitude of the N2 peak; specifically, that low coherence should result in a higher peak amplitude, and (b.) luminance (brightness) should affect the latency; specifically, that low luminance should delay the peak.

VEPs were recorded with a 40-channel NuAmps amplifier with the filter set at 0.03 – 200 Hz, the sampling rate set at 500 Hz, and with linked earlobe reference. Participant subjects and research assistants met for scheduled sessions in Dr. Martin’s lab. Research assistants applied the EEG cap, gel, and electrodes to the subjects. Subjects were given instructions to look at computer generated stimuli: 400 trials (100 per condition) of 500 moving dots (each 0.02° of visual angle in size). Stimuli were presented in viewing aperture 5° across. Duration was 500 ms, inter-trial interval 500-2000 ms; randomly varied, using uniform distribution. The subjects were asked to perform small mechanical manipulations on the computer keyboard in response to the visual stimuli. The EEG data was processed by using a low pass filter at 45 Hz. The bad epochs were removed from the data, and all blink artifacts were removed with independent components analysis.

Analysis of VEPs serves as a tool in detecting various abnormalities that may involve the visual pathways, such as epilepsy and other brain dysfunctions. Implications of the results of this study support previous research providing evidence that there are various neural mechanisms involved in motion-related VEPs that expand beyond the primary visual cortex (Bach, M., & Ullrich, D., 1997; Braddick, O.J., O’Brien, J.M.D., Wattam-Bell, J., Atkinson, J., Hartley, T., & Turner, R., 2001; Kubova et al., 1995). The hypotheses that low coherence would result in a higher N2 peak amplitude was confirmed. Potential confounders to the study would be research assistant inexperience, as well as the inability to control for both internal and external noise, which could degrade the recordings (Jackson, A.F., & Bolger, D.J., 2014). 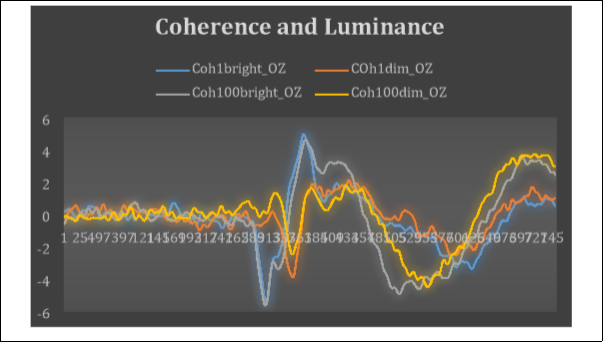 Figure 1. Coherence for dim and bright stimulus on amplitude.