The soft palate is the posterior fibro muscular part of the palate that is attached to the posterior edge of the hard palate.1 It participates in most of the oral functions, especially in velopharyngeal closure which is related to the normal functions of sucking, swallowing and pronunciation.2 The palate is formed by the fusion of three components; the two palatal processes and the frontonasal process. At a later stage, the mesoderm in the palate undergoes intramembraneous ossification to form the hard palate. However, the ossification does not extend into the most posterior portion which remains as the soft palate. Early references concerning the objective measurements of the soft palate have been done by investigators for assessment of speech, function and the upper airway structures.3-11 Although these continued efforts toward the dimensional analysis of the soft palate and its surrounding structures have been made, little attention has been paid to the variety of soft palate morphology and configuration. Image of the soft palate on lateral cephalometry appears to have various morphologies in normal individuals, in contrast to the only one kind published in the literature. Pepin et al found the ‘‘hooked’’ appearance of the soft palate in patients who were awake, which indicated a high risk for the obstructive sleep apnoea syndrome.12

The purpose of the present study is to investigate the variation of the soft palate morphology and the proportional differences of the soft palate between the two gender groups. This study can be helpful for understanding the various morphologies of the soft palate in the median sagittal plane on lateral cephalograms. These findings may be used not only as references for the normal soft palate, but also for cleft reconstruction and the etiological research of obstructive sleep apnea syndrome (OSAS) and other conditions.

We conducted a cross-sectional study in department of Oral Medicine and Radiology, Manipal College of Dental Sciences, Manipal. Instructional ethical committee approval was obtained for the study. Lateral cephalometric radiographs of individuals subjected to radiographic examination for orthodontic purpose were retrieved for the study from the archives of departments of Oral Medicine and Radiology and Orthodontics. A total of 100 digital lateral cephalograms of normal healthy individuals (50 males and 50 females) who were aged 15-45 years were retrieved from November 2014 to February 2015.

All the subjects who had normal speech and function were included in this study. Radiographs of good quality and visibility of soft palate were included. Patients with facial or palatal deformities or facial trauma were excluded. Poor quality radiographs and radiographs with incomplete details were also excluded.

All lateral cephalograms were taken using orthopantomograph (Planmeca) with a tube potential adjusted to optimize the contrast. All the images on the radiographs were observed and classified into 6 types by 2 radiologists independently according to You M et al., (2008).1 The six types of morphology of the soft palate are as follows:

All the analysis was done using SPSS version 18. A p-value of <0.05 was considered statistically significant. Comparison of variation of soft palate morphology between males and females was done using Chi-square test. 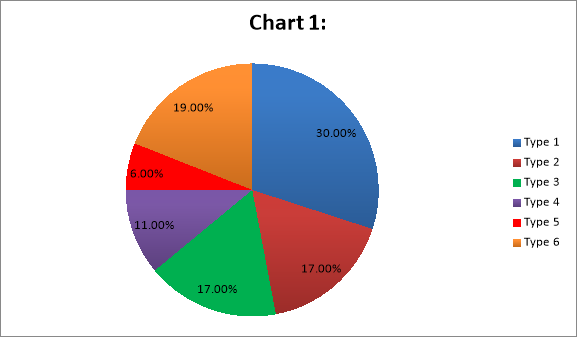 Table 1: Comparison of shape of soft palate between males and females

Cephalometric analysis is one of the most commonly accepted techniques for evaluating the soft palate in both normal individuals and those with cleft palate. Cephalometry is a relatively inexpensive method and permits a good assessment of the soft tissue elements that define the soft palate morphology and its surrounding structures.1,8

Much of the former research that studied the soft palate and its surrounding structures was aimed at providing some information on diagnosis, prediction and treatment in individuals with cleft palate. The soft palate plays a large role in velopharyngeal closure, which refers to the normal apposition of the soft palate with the posterior and lateral pharyngeal walls. It is primarily a sphincteric mechanism consisting of velar and pharyngeal components. The movement separates the oral cavity from the nasal cavity during deglutition and speech. When the velum and lateral and posterior pharyngeal walls fail to separate the two cavities, velopharyngeal incompetence (VPI) occurs.1

In our study, the leaf-shaped soft palate was the most frequent type, which is an expected finding since this type was previously described as a classic velar morphology in the literature. This was in accordance with the previous studies reported in the literature.1,13-15 However, Type -2 (Rat tail shaped) was reported to be commonest by Praveen et al., 2011.16 While the S-shape was seen in only few cases, it can be supposed that the number of subjects in the investigation was not large enough. The S-shape, which was described as a hooked appearance of the soft palate by Pepin et al.,17 was found in 5.8% subjects in our study. They hypothesized that soft palate-hooking plays a key role in pharyngeal collapse, since hooking results in a sudden and major reduction in the oropharyngeal dimensions, which therefore dramatically increases upper airway resistance and the transpharyngeal pressure gradient. Pepin et al., therefore concluded that hooking of the soft palate in awake patients indicates a high risk for OSAS.17

In our study, the difference between gender didn’t exist in the comparison of the proportion of the various morphology of soft palate. This was similar to that reported by Praveen et al., 201116 while previous study by You et al.1 reported gender differences, wherein type 2 and 3 were significantly less in females than males. Type 1 was the most comments type among males and females in our study which was followed by type 2 and 3. This was similar to the study reported by Kruthika S et al., 2012.15

This classification can help us better understand the diversity of the velar morphology in the median sagittal plane. These findings can be used as references for the research of velopharyngeal closure in cleft palate individuals and for aetiological research of OSAS and other conditions.