There are two management offices of Cognita in the United Kingdom, London Office in London and Group Head & Europe Regional Office in Milton Keynes. The distance between two offices is 1 hour and 4 minutes in driving, about 51.3 miles. Cognita Management are considering combining these two offices into one but they are thinking Milton Keynes or London is the best place for moving to. Chris Jansen, the Group Chief Executive Officer of Cognita is asking a report on combining offices of Milton Keynes and London.

Internet is very popular and strong. There are most of information on internet for comparison. Beside that Estate Agents in London and Milton Keynes can help with more information and making decision. Staff survey is also key information of the office moving because keeping experience staff is very important and bring lots of benefit and saving cost for the Group such as recruitment, training, relocation, etc…

When moving office, there are many aspects need to be considered so that it does not influent much to the business, such as:

Brief of London and Milton Keynes

There are 17 Cognita Schools in London and 23 Schools through the United Kingdom.

Note: all currency in this report is Pound Sterling (GBP)

As the info of NUMBEO, the indices difference are (the data below is from NUMBEO website):

Here is the board in basic of cost living


Base on the board above, here is the summary of the basic expenses and saving cost when living in Milton Keynes 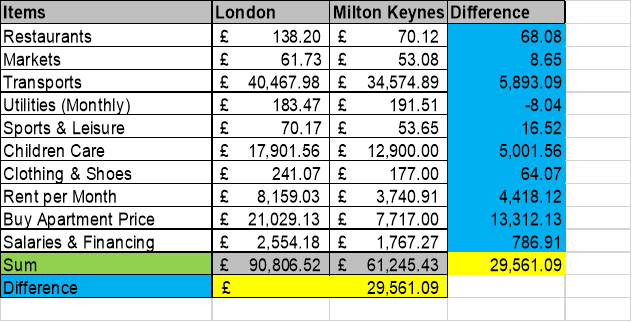 The basic cost for living as the analysis board above, the living cost in London is much expensive than Milton Keynes.

Cost of office rent is not less important. Following is the average cost of flexible office space in the United Kingdom per person per month is between £200 and £1,400, depending on location and amenities (data from Instant Office).

Everyone can see office space rental in London is highest. If the office is moved to another city, the company may save: 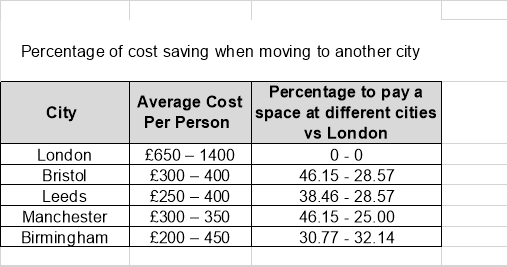 And rental offices cost in Milton Keynes is between £56 to £250 per person per month per person in average. There are some spaces with higher cost, people can call for a deal.

The cost of rental office in Milton Keynes is much cheaper than in London. The company can save 91 to 82 % on this cost. 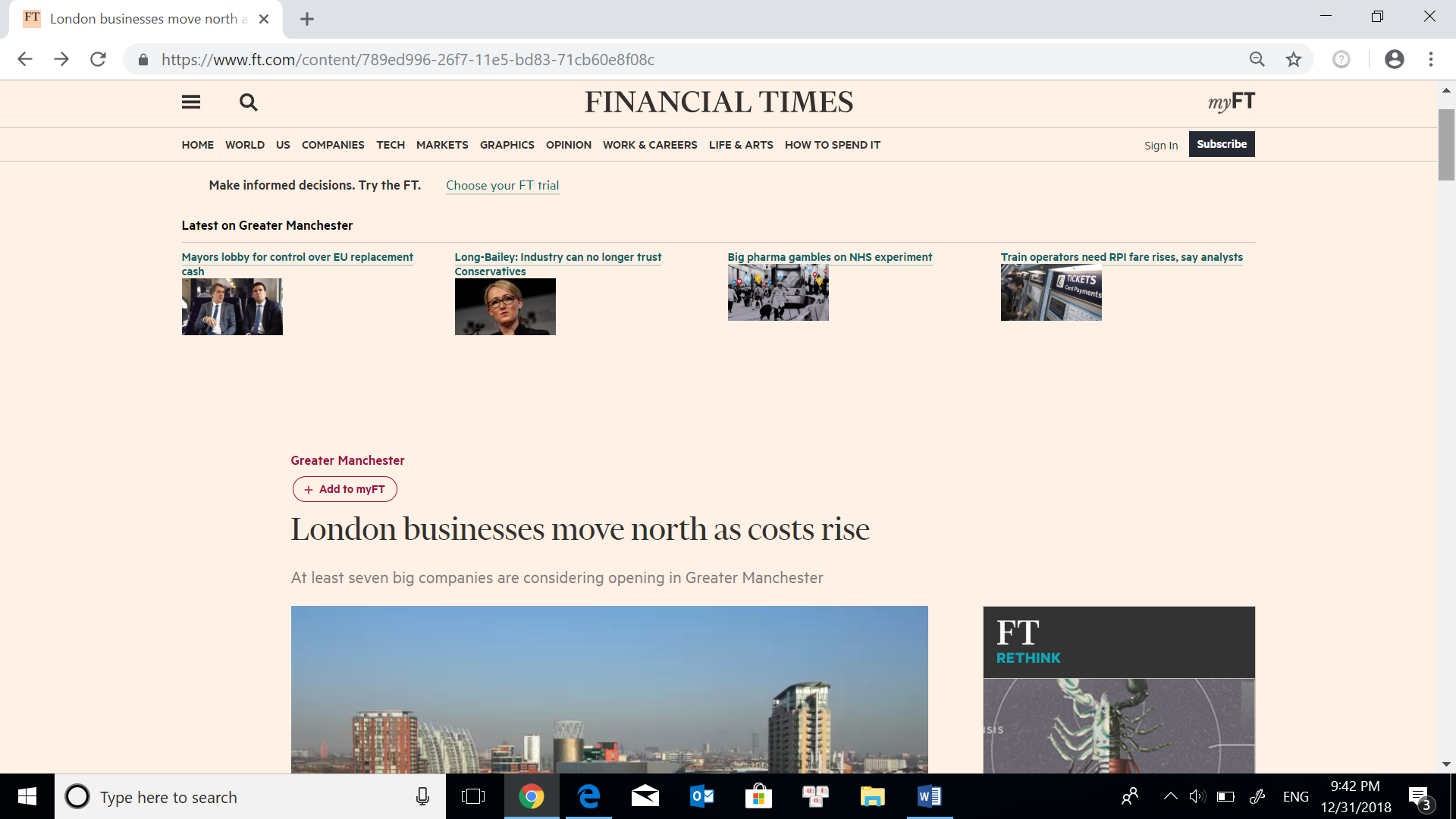 “At least seven big companies are considering opening in Great Manchester rather than expand in London, as the high cost of doing business in the capital begin to bite.

About 70 per cent of the 30,000 plus students who graduate in Manchester every year remain in the city, providing a skilled workforce. “You can get lawyer in Manchester for half the price of London” Mr. McFarlane said.

Andrew McFarlane, head of Northwest for Colliers, said London was reaching a point where the costs of doing business outweighed the advantages for some.

In the capital, rents have hit £67.50 per square feet in the City and £125 in the West End, compared with £34 in Manchester. In response, companies are looking at moving to suburbs such as Bromley and Croydon. “If you are moving out of central London you might as well look at other city centres.”

Average house prices of £100,000 are less than a quarter of London’s. As well as two Premier League football clubs, it has two orchestra and its biennial International Festival has won critical acclaim.

Midas expects to beat last year’s record investment figures, when it attracted 4,067 jobs from almost 100 projects, and says it is talking to more than 200 potential investors.

Manchester Evening News had a question: Why are so many Londoners leaving the capital for Manchester? 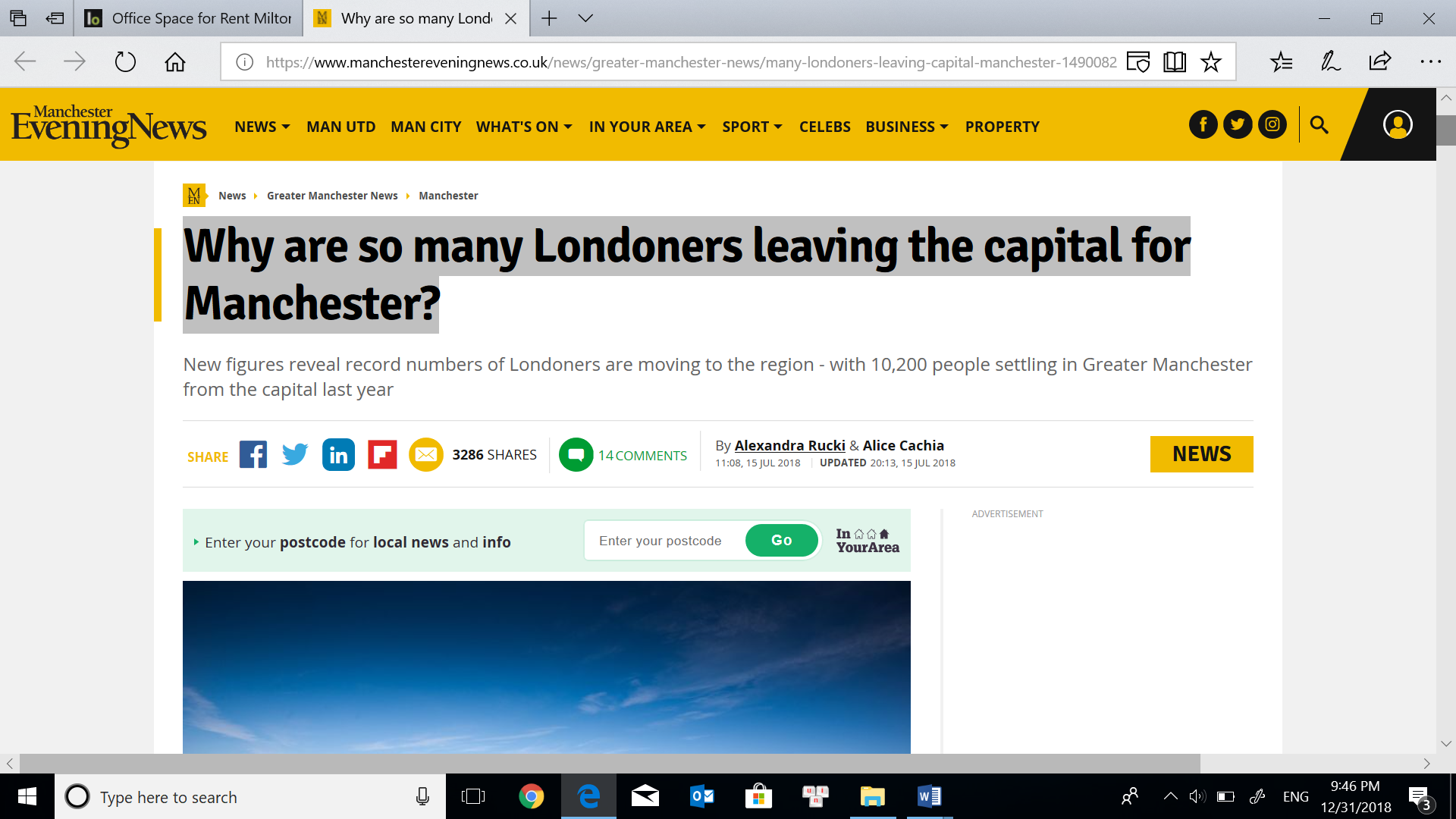 It means London loss of 1,330 people to Great Manchester – or more than three a day.

People think that it’s find to move to Great Manchester because it’s is around 210 miles away from the capital. People can drive a car or take airplane when they need to be back and forth between London and Great Manchester.

According to new data from the Office for National Statistics, Great Manchester welcomed the highest immigration from London to Manchester in five years.

These are the areas at Great Manchester that Londoners moved to

People love to living in London. At the first time living in London, It’s very good for social life but later on they recognise that London is an expensive Capital and they want to move out of London.

House renting in London is too expensive so that they choose to move out of the Capital a little bit. Same payment but they move out of the heart of London, they can have a bigger space for living and not too much far from the Centre. Recently people select this solution.

A M.E.N. reporter, 29 years old said “I think people are becoming aware of the fact it is no longer necessary to build your career in the capital, there are many opportunities for graduates in Manchester”.

House price is one of the key reasons that more people moving from London to Greater Manchester. In fact people recognize it’s cheaper to live in Great Manchester.

Map from London to Milton Keynes and Great Manchester. 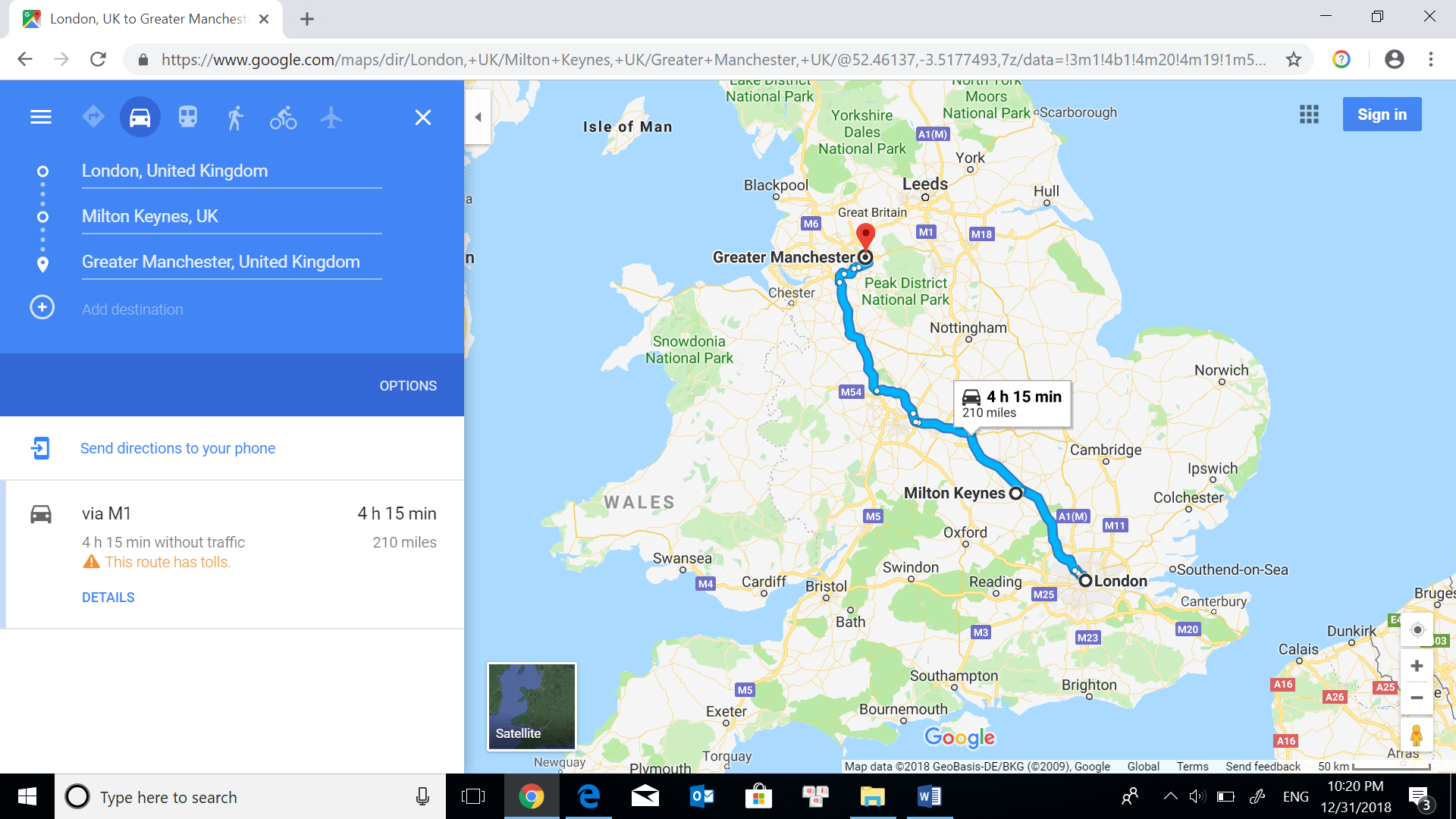 From London to Milton Keynes, it’s 54.3 miles and to Great Manchester, 212 miles 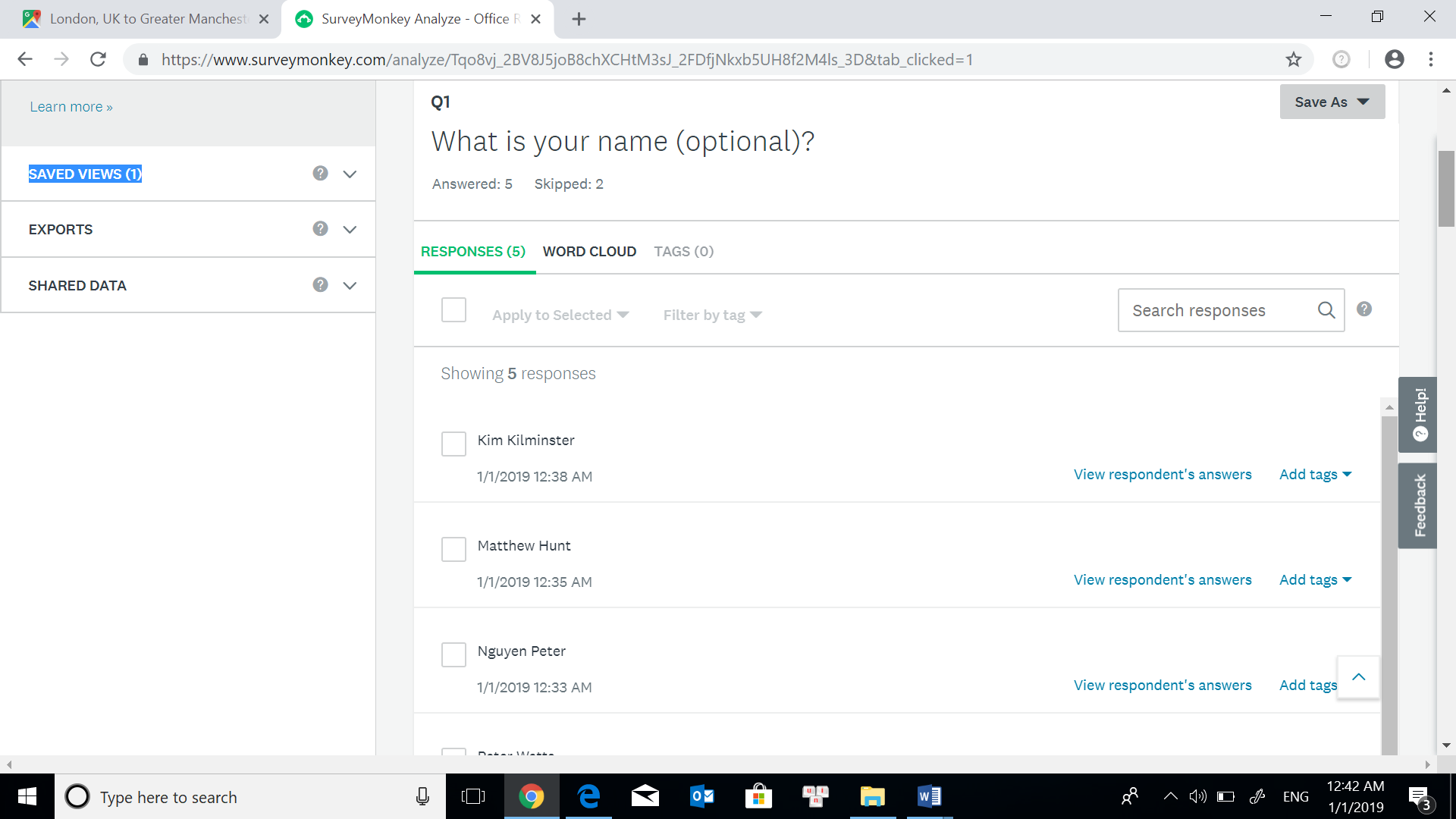 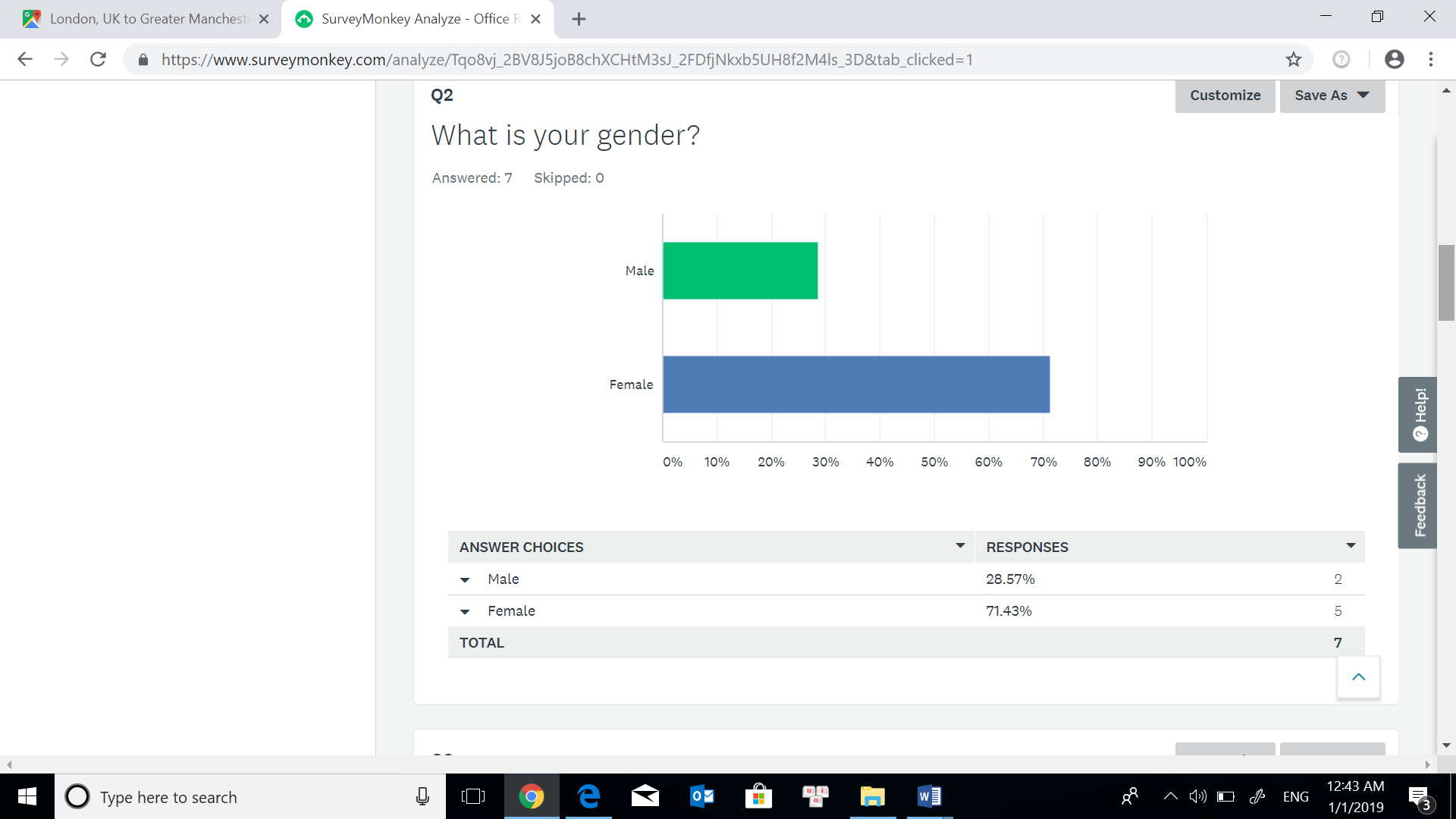 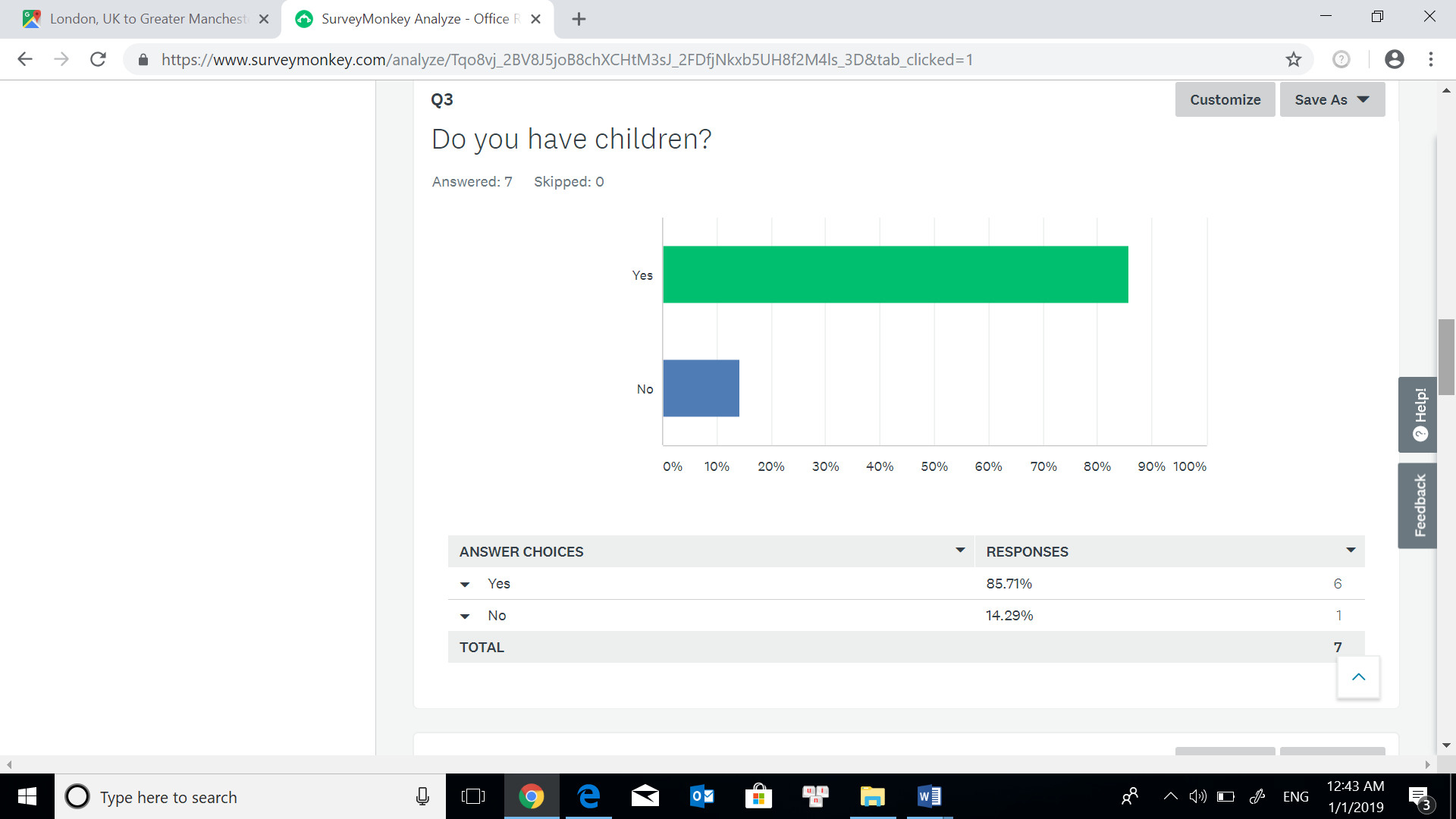 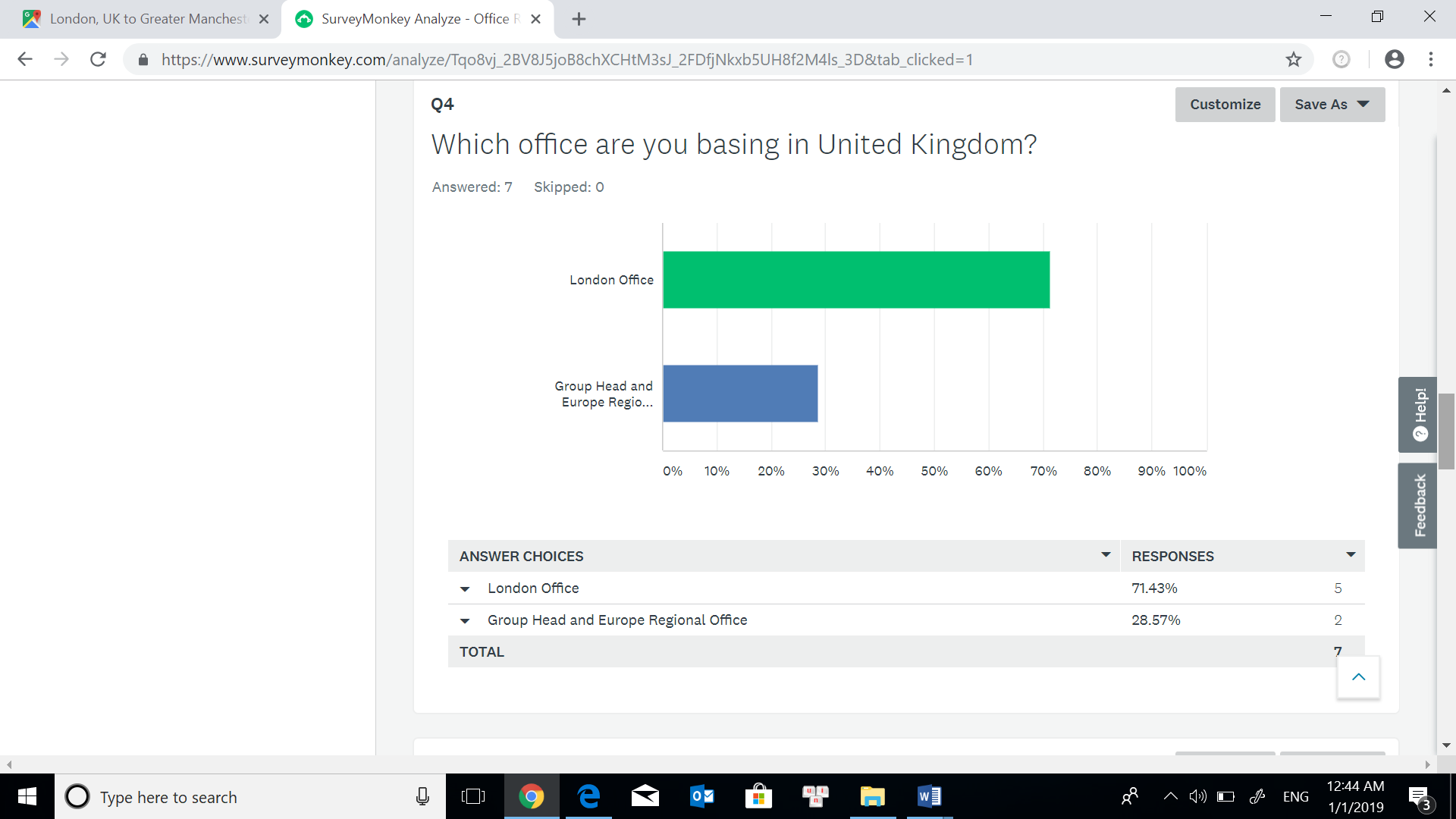 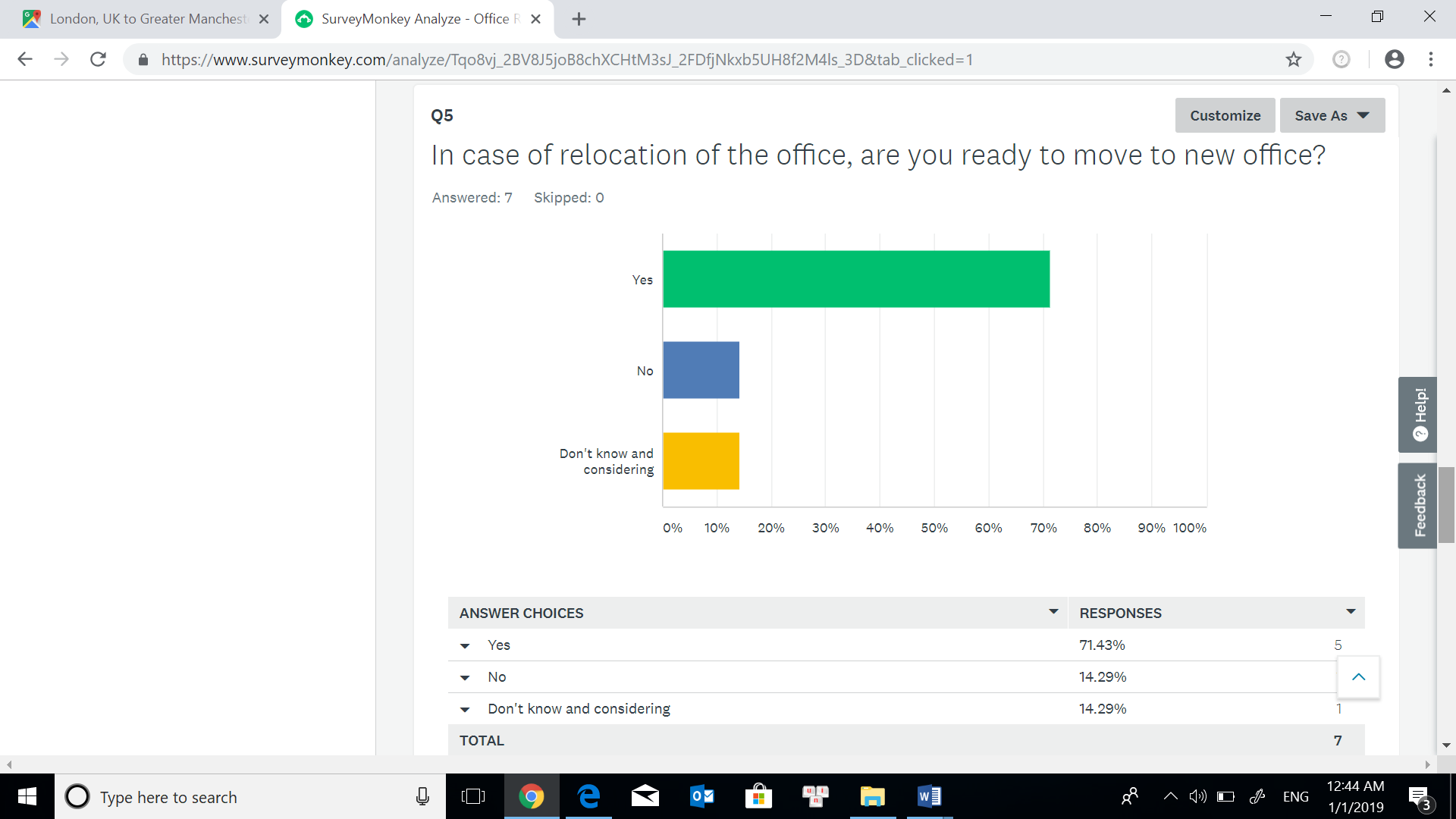 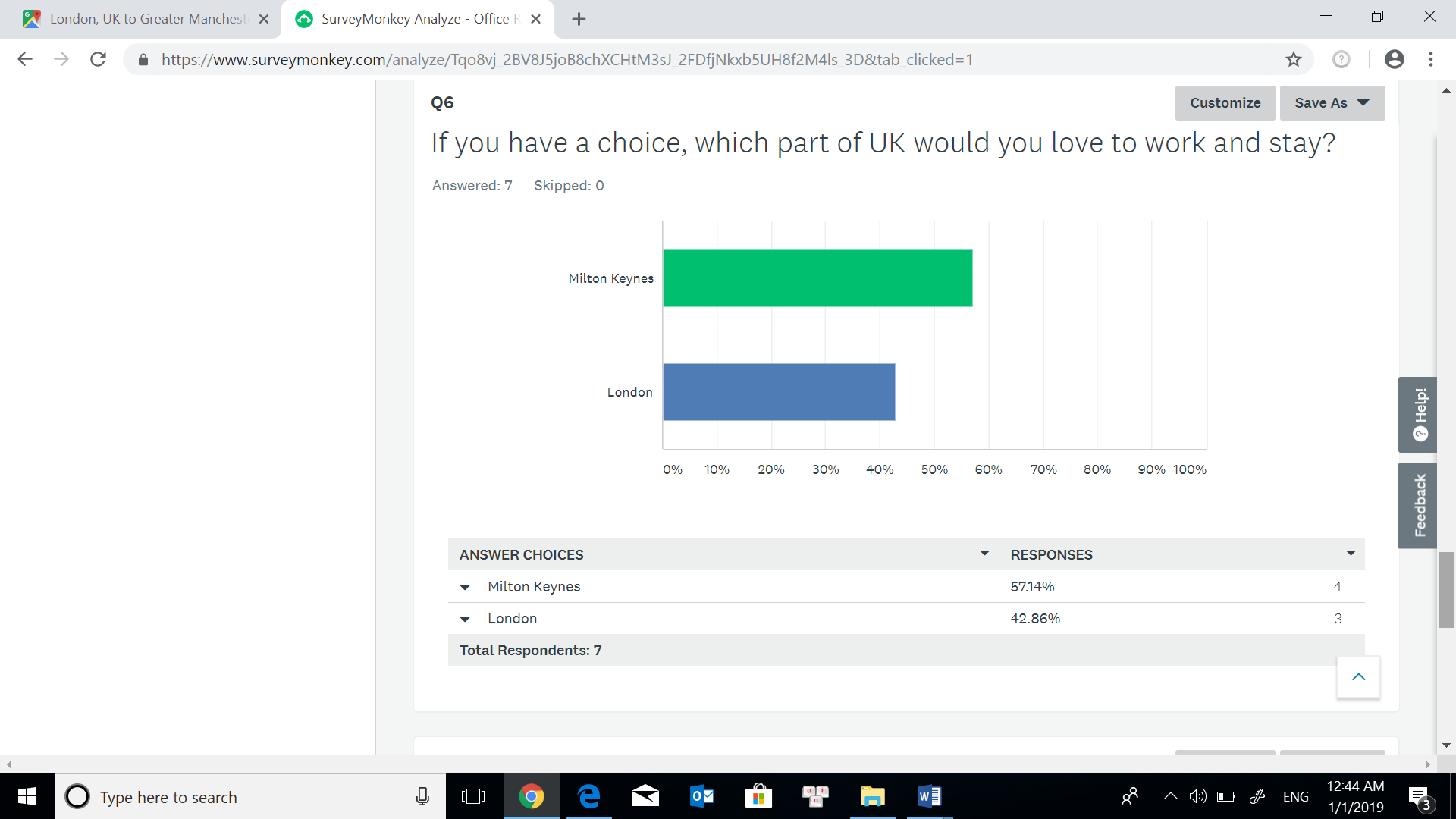 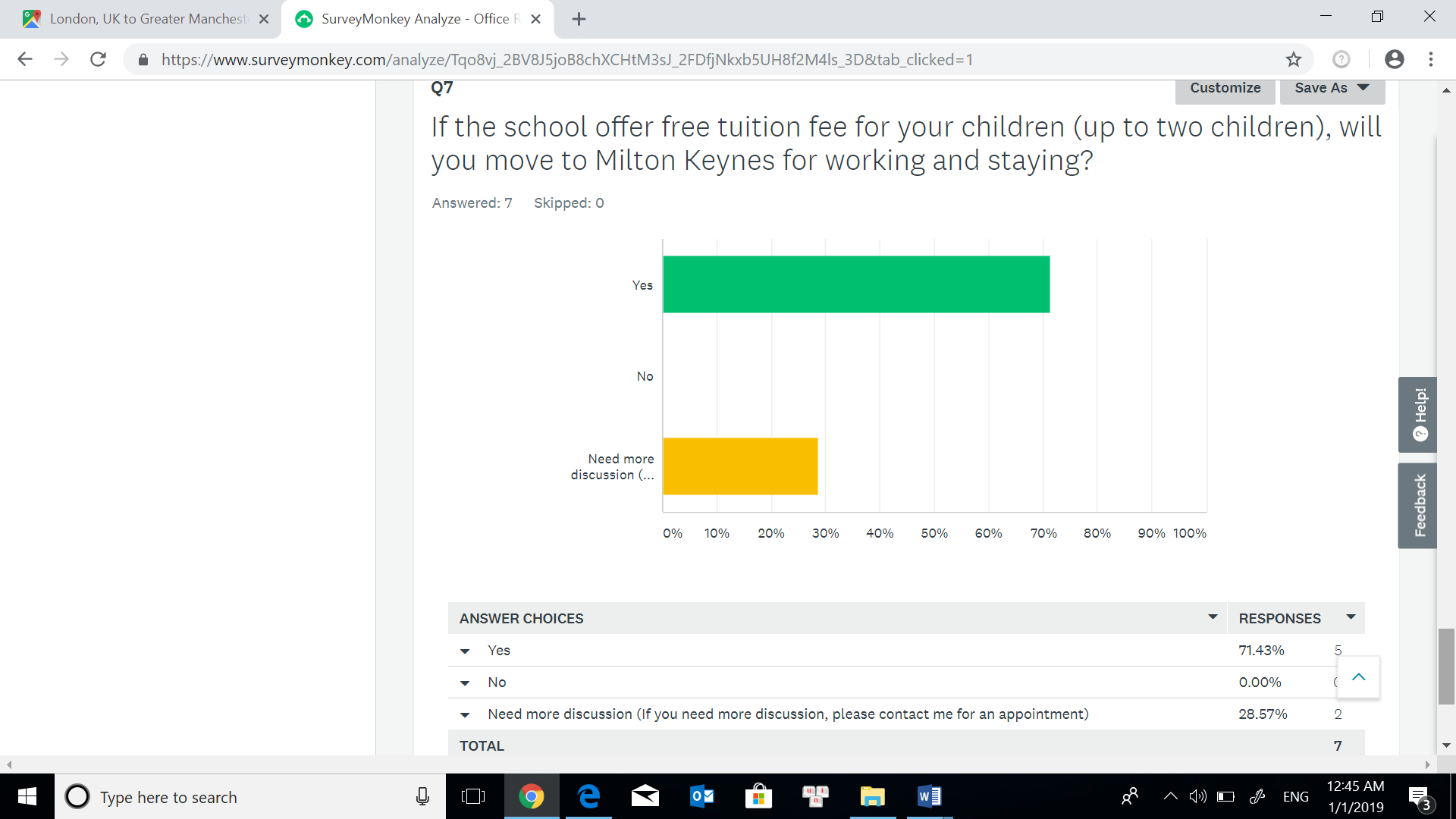 Looking at the survey result, 71.34% staff in London Office may move to the Cognita new office for working and living and 51.14% love to move to Milton Keynes for working and staying. The supporting with free tuition fee for their children is very good. It attracted the staff who have children and married. There are 71.34% staff agree to move to Milton Keynes if the Group support free tuition fee for their two children.

In summary, recently many companies in London are looking for a place to move the office out of London because of increasing price. London is one of the most expensive cities in the world. Although London is very convenient for business with transportation system, 8 International Airports in London around, business centre, and labour sources but people now want to move out of London to another cities in the United Kingdom such as Birmingham and Great Manchester, for example last year there was 4,710 people in Manchester moved to London but there was 4,810 Londoners moved to Manchester for working and living. London shorted 100 people for Manchester.

As updated in December 2018 on NUMBEO, a minimum cost for a single person in London is £802.64, without rent. Cost living index of London is £81.60. London is the 27th city in ranking of cost living in the world. Below is the chart of distribution of expenses. Look at the chart, rent per month is 44% of the expenses.

Comparing with distribution of expenses in Milton Keynes as below. Cost of rent per month is only 28.8% of the expenses, the difference is 15.2% for rental 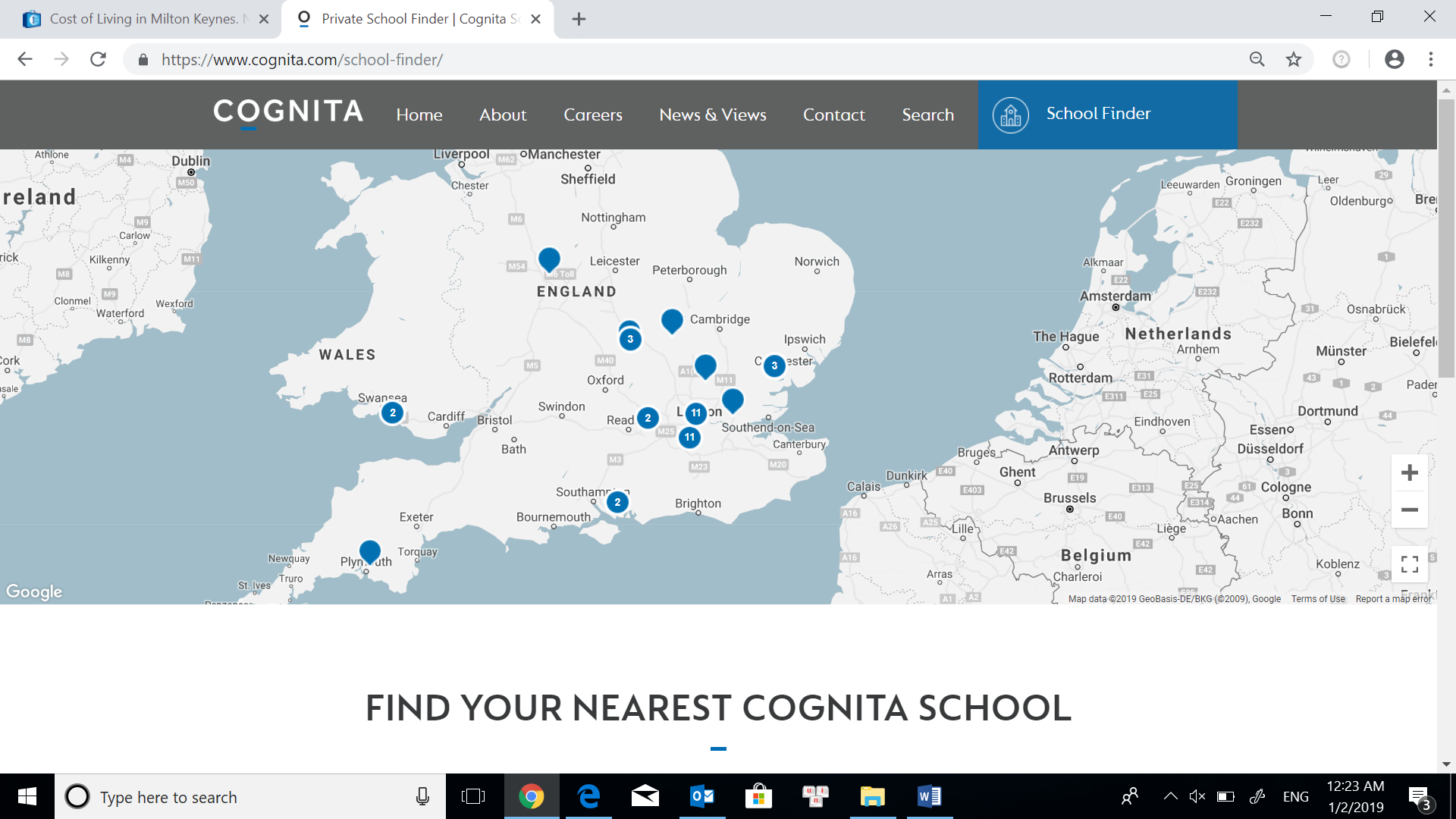 Through the staff survey result, it’s very happy to see the most of staff are ready to move with the Group. 71.43% of staff at London Office are able to move to new office and 57.4% staff want to work and stay at Milton Keynes.

The weather in Milton Keynes and London is not much different if we don’t want to say it’s same. This is one of the advantages for moving to Milton Keynes. 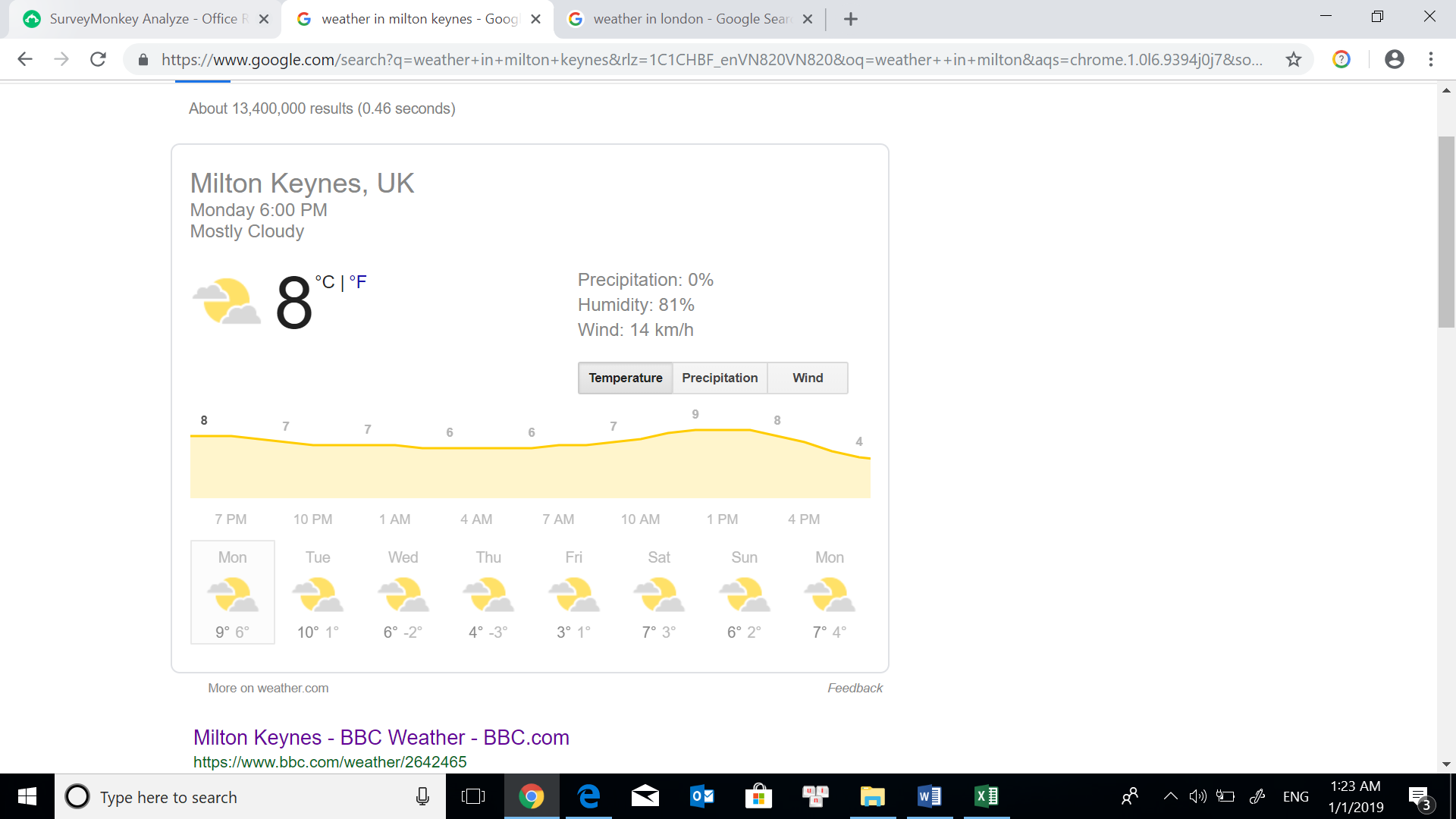 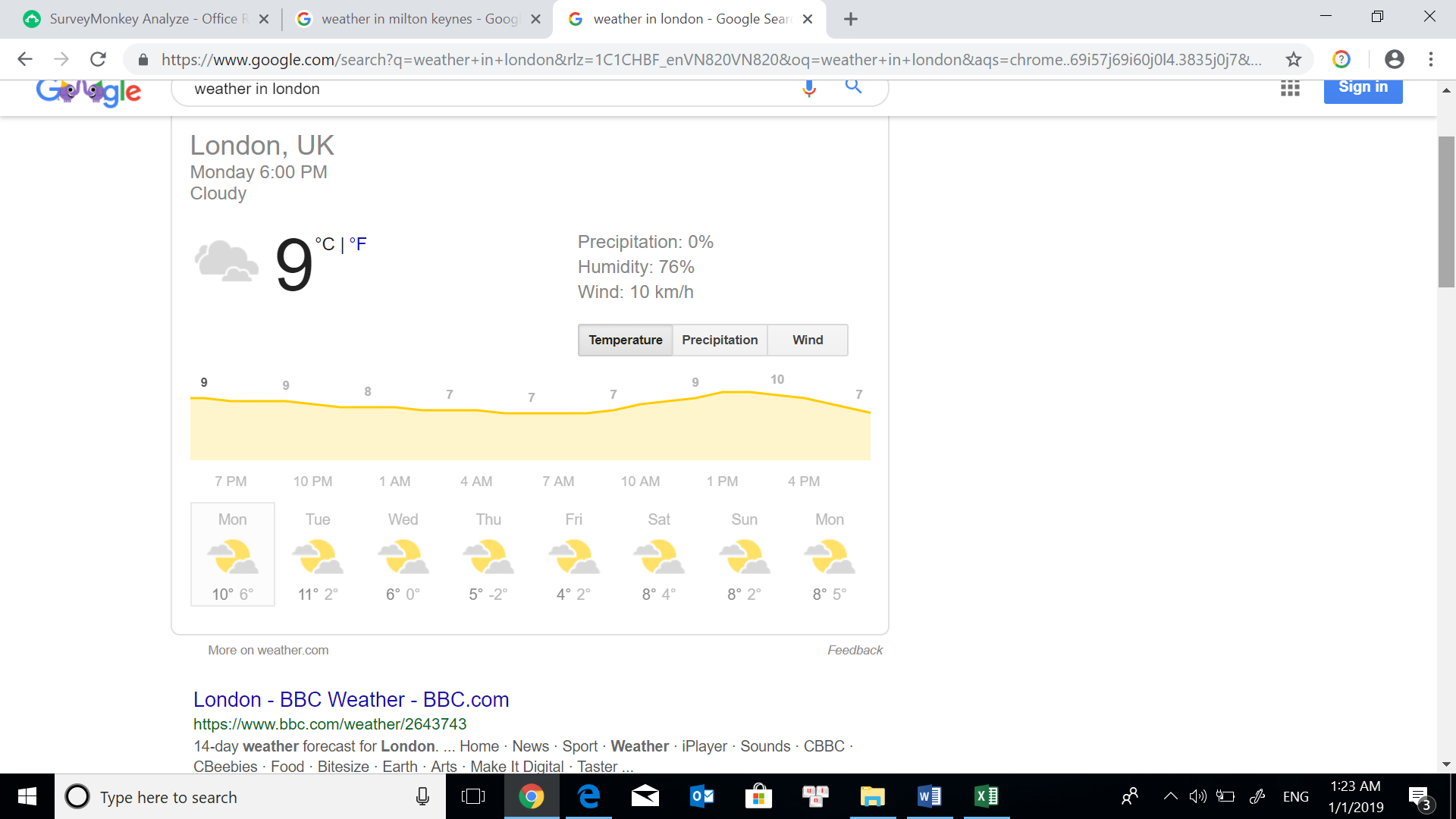 Transport at Milton Keynes was originally designed as urban so it’s very convenient.

Following all information above, I think it’s better we combine two offices into one. With all the advantages in Milton Keynes now, the decision moving the London office to Milton Keynes is the best one. With the trend Londoners run away from London to another cities, we can consider to build up more schools in the cities that Londoners moving in such as in Birmingham and Great Manchester. Moreover, we can consider to build up a “camp” school for middle and high students in Milton Keynes. We will attract students from City to “Country” breathing the fresh air and enjoy a “break time” when they want to avoid the hustle and bustle of the big cities. The programme can be linked between the “camp” schools and other Cognita Schools in London and other parts of the United Kingdom. Milton Keynes is not too much far from London and this school may offer short terms for long trips for middle and high students whose parents want to move out of London with fresh air, low cost in Milton Keynes. Catching the trend of society, people like to move out of the Capital because of cost living and house rent. We can see this very clear through the staff survey result. There was 71.43% of staff working at London joining the survey. Most of them are ready to move with Cognita when the company want to relocation of the office and there was 57.14% choosing Milton Keynes for working and living. It is an amasing number, moreover it is more confident to move out of the London with 71.43% staff agreed to move to Milton Keynes for working and living if the company offer free tuition fee for their children. People balance their cost very carefully. Combining two offices into one is a good choice, the company can

-          merge the same function departments into one. This helps to reduce cost to pay for head of departments;

-          help staff keep standard of living but live in bigger house and have saving money.

-          look for a chance to open new business in Milton Keynes or develop to other parts of UK.