Staysure.co.uk Ltd specialises in insurance and financial services in the UK and Europe. It was formed in 2004 to provide travel insurance and expanded further to provide home, motor, health and life insurance along with some insurance products. In October 2013 Staysure.co.uk faced a security breach wherein over 100,00 live credit card details along with other personal details of the customers were compromised. This security breach affected 7% of the customers who had purchased insurance from Staysure before May 2012.

Before May 2012 the firm stored the card numbers of the customers along with the CVV numbers and other personal details like customer name and addresses. The card details were encrypted but the CVV numbers were fed as plain text into the database even though the card security details should not have been stored at all according to the industry rules. The chief executive of the company said that these details were stored in the system to help customers in their renewal process. After May 2012 the company ceased storing these details. The server on which the website server was based had a software vulnerability and even though a software patch was published in 2010 and 2013 the data controller failed to update software both the times due to lack of formal process to review and apply software updates. The failure to update the database software and the security flaws in the IT security system made the company very vulnerable to a cyber-attack.

The security flaws in the company’s JBoss Application web server were exploited between 14th and 28th October 2013. The attacker used the vulnerability in the application server to inject a malicious JavaScript code called “JSPSpy” on the firm’s website. JSPSpy enabled the attackers to remotely view and modify the source code of the website and query the database containing the details of the customers. It also let the attackers open a command shell allowing them to remotely execute privileged operating system commands. The attackers specifically targeted and downloaded the payment card details. Even though the card numbers were encrypted the attackers were able to identify the keys used in the encryption and hence could decrypt the card numbers. At the time of the attack the database contained a total of 110,096 live card details, which were at a risk of being accessed and used in fraudulent transactions. The firm became aware of the attack on 14th November 2013 and immediately hired independent forensic data experts and wrote to 93,389 affected customers, to make them aware of the attack. The company also offered the affected customers free access to Data Patrol, which is an identity fraud monitoring service.

After the attack Staysure was fined with an amount of £175,00 by theÂ  ICO since the company did not comply to the Payment Card Industry Data Security Standard (PCI DSS) , which is a standard administered by PCI Security Standards Council (PCI SSC) to increase payment card security and decrease the transaction frauds over the internet.

The purpose of threat analysis and risk assessment is to maximize the protection of the three main pillars of security namely confidentiality, Integrity and Accessibility while still providing usability and functionality. A Risk to any organization or an individual is an interactive relationship of threat, asset and vulnerability. The various levels of risk can be represented as the product of the impact and probability (likelihood). 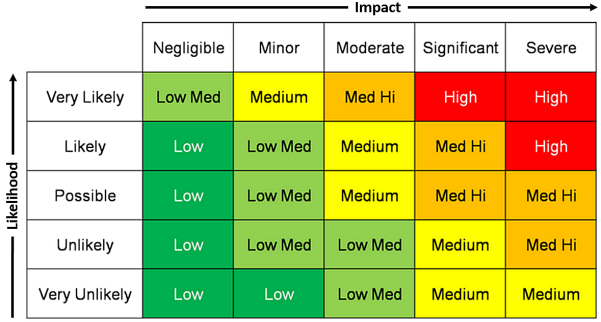 Figure 1 shows a risk matrix which represents the various levels of risk. A vulnerability is a weakness in the system that can be exploited by an attacker or can be unintentionally triggered by a person within the organization. The likelihood is the possibility that any vulnerability will be taken advantage of or the vulnerability will be triggered by someone unintentionally. The likelihood is related to attacker’s intent, attacker’s ability and attacker’s target. If a certain vulnerability is exploited the impact on an organization can be expressed in terms like Negligible, Minor, Moderate, Significant, Severe.

The table below shows a risk assessment architecture for Staysure.co.uk. The Firm had several security flaws in the system, which the attackers exploited to gain access to customer information. 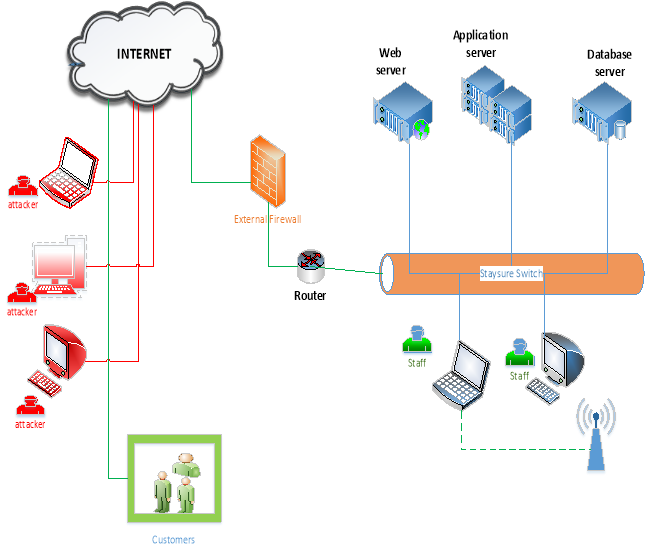 Staysure.co.uk had no security policies in place which can be sited as the base for the cyber-attack. Being an insurance company and holding personal records of millions of customers the company should have had security procedures in place. It is important that the employees of a company are trained and made aware of the importance of information data security. The fact that the attackers took advantage of the software vulnerability in the JBoss application server even though there were patches available to fix the vulnerabilities shows the ignorance of the data controller towards information security. Table 2 lists security recommendations which would have prevented the attack. 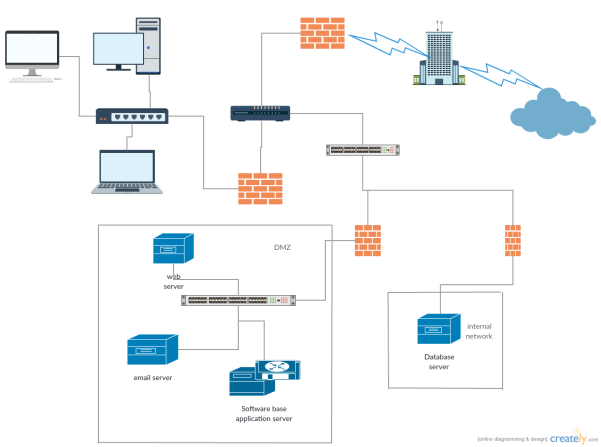