For any given organization, it is vitally important to always ensure that the payroll system is designed in such a way that overall effectiveness in enhanced. Traditionally, payroll systems were not quite complicated since employees were more or less few in number. However, the modern-day payroll systems have to take into consideration numerous aspects such as insurance cover, house allowances, bonuses, advance payments and the like. In addition to this, the world has experienced tremendous innovations in terms of cutting-edge technological advancements; these technological innovations have enabled organizations to streamline their payroll systems and thus enhance the standards of effectiveness. For this case study, a comprehensive analysis of the payroll system of a leading American firm will be done. Emphasis will be made upon the specific type of architecture that should be used while establishing the new payroll system for the organization. The various technological platforms that shall be integrated into the new payroll system will also be documented while also presenting a graphical illustration of the new model. In addition to this, a comprehensive analysis of possible issues of ethical concern with regard to the new payroll system shall also be conducted.

Considering the fact that this organization has a wide area network that interlinks the numerous offices in different parts of the United States of America, it is of paramount importance that the new payroll application system be based on a solid architectural framework. Such an architectural framework must consider all-important factors such as the avoidance of errors, synthesis of data contained in inventories, evaluation of allowances, and integration of the prevailing rates of income tax. Following is an analysis of the specific components of the architecture for the new payroll system.

As mentioned above, the payroll system of such a large organization should be based on a solid framework that considers all-important factors. Firstly, the architectural framework must have the capacity to evaluate the fine details pertaining to the payment of employees. The number of hours of work done by individual employees should be included in the new architectural framework; this is one of the most critical aspects of any kind of payroll system (Bragg, 2004). The hours vary from one employee to another and as such, this results into pay variations even among employees who are categorized in the same job group. Apart from the number of hours, another important variable that must be included in the architectural framework for the new payroll program is the prevailing rates of tax or revenue deductions. On an annual basis, the Federal Government of United States of America reviews the rates of income tax in accordance with the specific budgetary projections. These rates must be taken into consideration while calculating the total pay of all employees and as such, the new architectural framework should have the same (Steinhoff, 2000).

Another important variable that should be included in the design of the new payroll system is the labor data; the nature of work done within an organization varies from one employee to another. This results into pay variations and as such, it must be included in the design of the new payroll system. The employee master file is another crucial aspect that must be taken into consideration while designing the new payroll system; the master file provides all the fine details about the employee including pending bonuses, increments and other miscellaneous information. Apart from the employee details, the architectural system of the new payroll program shall also include the relevant platforms for making precise calculations. Some organizations incur huge expenses every now and then as a result of using payroll systems that are characterized by substandard levels of accuracy. In order to avoid such eventualities, the new payroll system should be carefully designed in such a way that high levels of accuracy are attained while performing calculations. Finally, the architectural design should also have the capacity to provide an updated payroll without any kind of delay; this will go a very long way towards helping the organization avert unnecessary instances of time wastage (Bragg, 2004). As already mentioned in the introductory section of this paper, the extensive advancements in technology have made it possible to streamline the payroll systems in all kinds of organizations. In order to successfully implement the architectural system for the new payroll system as outlined above, it is of paramount importance to examine some of the most important technological components that shall be used. Firstly, internet connection will serve as an important element from a technological point of view. This is because the organization has offices in different parts of the United States of America and as such, reliable connection is required (Steinhoff, 2000). Considering the expansive nature of United States’ landmass, it would be critically important to back-up the wide area network connection with high-speed fourth generation internet connectivity. In order to enhance the security of the data transfer from one office to another, unique internet protocol addresses must be used. All the IP addresses must be encrypted in accordance with the specifications provided by the main server in order to streamline communications while also enhancing the standards of security. Apart from internet connection, another important technological platform that must be integrated into the architectural framework of the new payroll system of the organization is the use of quality software applications (Bragg, 2004). There are numerous payroll software applications available in the United States and global market; however, this fact notwithstanding, some are characterized by fundamental flaws such as the lack of accuracy and susceptibility to cyber-crime. One of the most effective payroll software for corporate organizations is the Dynamics GP. Produced by Microsoft Corporation, this software has the capacity to streamline the payroll systems within the organization since it has high levels of accuracy and also saves time. TRAVERSE by Open Systems is another software application that might come in very handy for the payroll system of this organization since it is characterized by high levels of effectiveness (Boroughs, 2008). 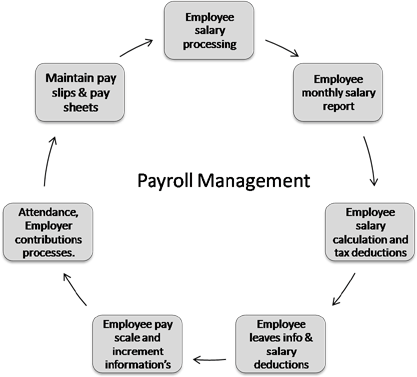 Despite the fact that the new architecture for the payroll application in this organization would be characterized by high levels of efficiency, it is critically important to pinpoint the fact that there are several potential issues of ethical concern that might characterize its implementation (Boroughs, 2008). For instance, the new application might contribute immensely towards the infringement of fundamental rights of the employees because of being too dependent on detail. The potential ethical issue can arise in the connection with the new architecture for example reduced jobs,if the company uses the architecture method for the new payroll, then the employee might no longer be essential. Usually, the company has a department where it looks at the payroll of the employee, but with this system, most of the job will be done and handled by the computer. Fraud is another concern, the employee who knows about computer and networking can easily manipulate the information like changing the time sheet. Hacking is one of the most common problems in today’s world. No matter how secure the company system is, there are people who can back the system company. Putting their information in the web can be hacked and the information can be used against them. In addition to this, the fact that the computer systems of the organization are connected with one another might result into the disclosure of the payroll details of employees to unwanted parties.