At a high level IoT can be pictured as [1] “a unified network of smart objects and human beings responsible for operating them (if needed), who are capable of universally and ubiquitously communicating with each other.” Furthermore [1] the building blocks are “are sensory devices, remote service invocation, communication networks, and context-aware processing of events”.

Specifically, per the text book [1] “SOA has the potential to augment the level of interoperability and scalability among the objects in IoT. Moreover, from the user’s perspective, all services are abstracted into common sets, removing extra complexity for the user to deal with different layers and protocols”. On the other hand, API-oriented IoT architecture involves Web APIs and REST that typically use lightweight data-exchange format like JSON to reduce network overhead. In addition, by having APIs, a service provider can boost its commercialization because functionality is easily accessible by the outside (customers) and security is easily setup thru mechanisms such as OAuth, etc. The above trends makes sense since in my non-IoT work experience as a software developer, API oriented technology is being used more than SOA based architectures because of similar reasons.

The four layers of SOA-based IoT architecture are [1]:

• Interfaces layer consists of the interaction methods with users or applications

Unfortunately there are some security issues that arise during deployment of IoT systems. For instance, since the aim of IoT systems is that everything can be connected that also means that hackers have many different ways (objects) to steal information. For example, currently most people use computers and phones as part of their daily lives and hackers can steal information true various means by using the internet or similar networks that connects computers and phones for instance. However, with IoT, if we have other objects (say a fridge or similar) interconnected then hackers can perhaps find ways to steal information that were inconceivable in the past by going thru objects that users perhaps would not even think might be compromise.

Per the text book [1], security threats can be divided in three broad categories: Capture, Disrupt, and Manipulate.

There are a variety of attacks that can be found within the above categories such as: eavesdropping, Masquerading, Man-in-the-middle, Replay attacks, Denial-of-Service (DoS), etc.

As a guideline, Cisco created an Iot reference model which has seven layers [1]: 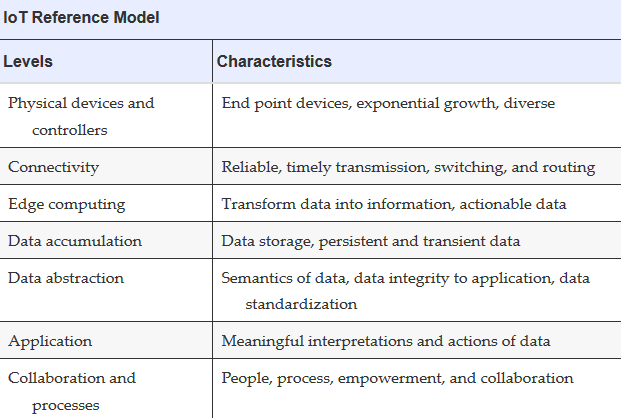 Per the text book [1] “The fundamental idea is to present a level of abstraction and appropriate functional interfaces to provide a complete system of IoT. It is the coherence of an end-to-end IoT architecture that allows one to process volume of context specific data points, make meaningful information, manage intrinsic feature of large scale, and ultimately design insightful responses.”

At a high level cloud computing provides different service categories (Software as a service (SaaS), Platform as a service (PaaS), Infrastructure as a service (IaaS), Public Cloud, Private Cloud, Hybrid Cloud) that can be used by companies to solve a particular business need. In other words, cloud computing [3] “… is a new business model for the consumption and provisioning of information technology software, infrastructures, and related services.” Moreover, based on the US National Institute of Standards and Technology cloud computing is [3]  “… a model for enabling ubiquitous, convenient, on-demand network access to a shared pool of configurable computing resources (for example, networks, servers, storage, applications, and services) that can be rapidly provisioned and released with minimal management effort or service provider interaction.“ 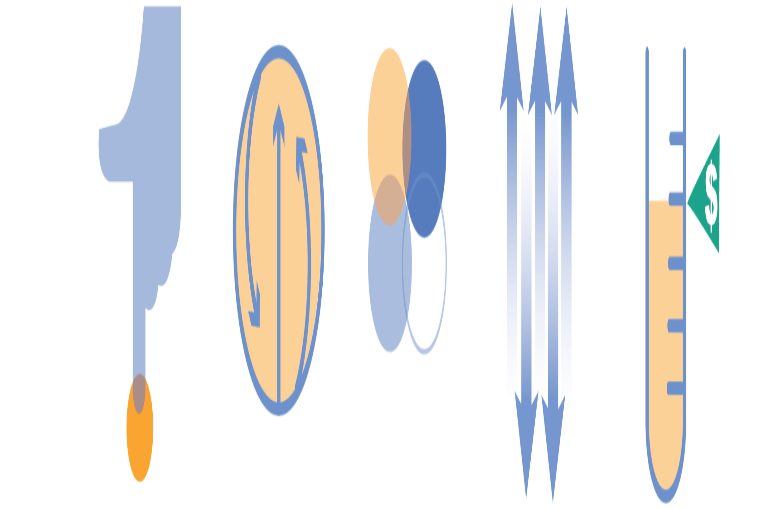 Another related concept is a reference monitor which [4] “is a system component that enforces access controls on an object.” On the other hand, also related to TCB is the security kernel which [4] “… is the combination of hardware, firmware, and software elements in a Trusted Computing Base that implements the reference monitor concept”.

IBM provides a great diagram [5] to picture TCB at a high level: 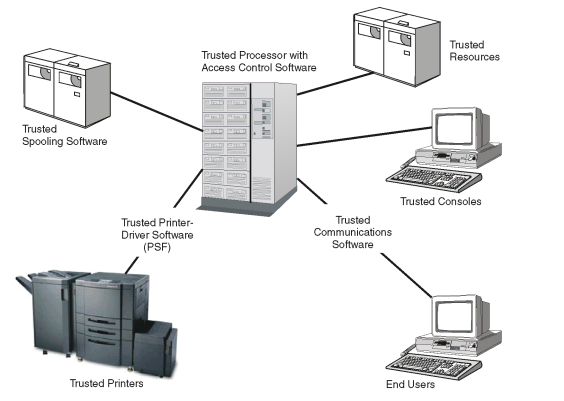 At the user level, everything starts with a mobile handset (i.e. mobile device) that uses several hardware components [5] “: