1. Aetiology: Typhoid fever, otherwise known as enteric fever, is a potentially fatal multisystemic illness caused primarily by Salmonella typhi. S typhi has been a major human pathogen for thousands of years, thriving in conditions of poor sanitation, crowding, and social chaos. It might have been responsible for the Great Plague of Athens at the end of the Peloponnesian War. The name S typhi is derived from the ancient Greek typhos, an ethereal smoke or cloud that was believed to cause disease and madness. In the advanced stages of typhoid fever, the patient’s level of consciousness is truly clouded. Although antibiotics have markedly reduced the frequency of typhoid fever in the developed world, it remains endemic in developing countries.

Salmonellae are gram-negative, non-spore-forming, facultatively-anaerobic bacilli that measure 2–3 by 0.4–0.6 µm. The initial identification of salmonellae in the clinical microbiology laboratory was based on growth characteristics. Salmonellae produce acid on glucose fermentation, reduce nitrates, and do not produce cytochrome oxidase. In addition, all salmonellae except S. gallinarum-pullorum are motile by means of peritrichous flagella, and all but S. typhi produce gas (H2S) on sugar fermentation. Notably, only 1% of clinical isolates ferment lactose, and a high level of suspicion must be maintained to detect these rare clinical lactose-fermenters.

2. Incidence: Typhoid fever occurs worldwide, primarily in developing nations whose sanitary conditions are poor. Typhoid fever is endemic in Asia, Africa, Latin America, the Caribbean, and Oceania, but 80% of cases come from Bangladesh, China, India, Indonesia, Laos, Nepal, Pakistan, or Vietnam. Within those countries, typhoid fever is most common in underdeveloped areas. Typhoid fever infects roughly 21.6 million people (incidence of 3.6 per 1,000 population) and kills an estimated 200,000 people every year.

In the United States and other developed nations, most cases of typhoid fever arise in international travelers.

3. Pathogenesis : All Salmonella infections begin with ingestion of organisms, most commonly in contaminated food or water. The infectious dose is 103–106 colony-forming units. Conditions that decrease either stomach acidity or intestinal integrity increase susceptibility to Salmonella infection.

Once S. typhi and S. paratyphi reach the small intestine, they penetrate the mucus layer of the gut and traverse the intestinal layer through phagocytic microfold (M) cells that reside within Peyer patches.

After crossing the epithelial layer of the small intestine, S. typhi and S. paratyphi, which cause enteric (typhoid) fever, are phagocytosed by macrophages. These salmonellae survive the antimicrobial environment of the macrophage by sensing environmental signals that trigger alterations in regulatory systems of the phagocytosed bacteria. In addition, salmonellae encode a second type III secretion system that directly delivers bacterial proteins across the phagosome membrane into the macrophage cytoplasm. This secretion system functions to remodel the Salmonella-containing vacuole, promoting bacterial survival and replication.

Once phagocytosed, typhoidal salmonellae disseminate throughout the body in macrophages via the lymphatics, and colonize reticuloendothelial tissues (liver, spleen, lymph nodes, and bone marrow). Patients have relatively few or no signs and symptoms during this initial incubation stage. Signs and symptoms, including fever and abdominal pain, probably result from secretion of cytokines by macrophages and epithelial cells in response to bacterial products that are recognized by innate immune receptors when a critical number of organisms have replicated. Over time, the development of hepatosplenomegaly is likely to be related to the recruitment of mononuclear cells and the development of a specific acquired cell-mediated immune response to S. typhi colonization. The recruitment of additional mononuclear cells and lymphocytes to Peyer patches during the several weeks after initial colonization/infection can result in marked enlargement and necrosis of the Peyer patches, which may be mediated by bacterial products that promote cell death as well as the inflammatory response.

4. Clinical features : Typhoid fever begins 7-14 days after ingestion ofS typhi.The fever pattern is stepwise, characterized by a rising temperature over the course of each day that drops by the subsequent morning. The peaks and troughs rise progressively over time.

Over the course of the first week of illness, the gastrointestinal manifestations of the disease develop. These include diffuse abdominal pain and tenderness and, in some cases, fierce colicky right upper quadrant pain and also constipation. The individual then develops a dry cough, dull frontal headache, delirium, and an increasingly stuporous malaise.

At approximately the end of the first week of illness, the fever plateaus at 39-40°C. The patient develops rose spots, which are salmon-colored, blanching, truncal, maculopapules usually 1-4 cm wide and fewer than 5 in number; these generally resolve within 2-5 days.

During the second week of illness, the signs and symptoms listed above progress. The abdomen becomes distended, and soft splenomegaly is common. Relative bradycardia and dicrotic pulse (double beat, the second beat weaker than the first) may develop.

In the third week, the still febrile individual grows more toxic and anorexic with significant weight loss. The conjunctivae are infected, and the patient is tachypneic with a thready pulse and crackles over the lung bases. Abdominal distension is severe. Some patients experience foul, green-yellow, liquid diarrhea (pea soup diarrhea). The individual may descend into the typhoid state, which is characterized by apathy, confusion, and even psychosis. Necrotic Peyer patches may cause bowel perforation and peritonitis. This complication is often unheralded and may be masked by corticosteroids. At this point, overwhelming toxemia,myocarditis[C1], or intestinal hemorrhage may cause death.

If the individual survives to the fourth week, the fever, mental state, and abdominal distension slowly improve over a few days. Intestinal and neurologic complications may still occur in surviving untreated individuals. Weight loss and debilitating weakness last months. Some survivors become asymptomaticS typhicarriers and have the potential to transmit the bacteria indefinitely. However, there are some atypical presentations of classical typhoid fever and the clinical course of a given individual with typhoid fever may deviate from the above description of classic disease.

The timing of the symptoms and host response may vary based on geographic region, race factors, and the infecting bacterial strain. The stepladder fever pattern that was once the hallmark of typhoid fever now occurs in as few as 12% of cases. In most contemporary presentations of typhoid fever, the fever has a steady insidious onset[C2].

5. Complications: These include the following:

Gastrointestinal bleeding (10–20%of patients), intestinal perforation (1–3% of patients).Others are neurologic manifestations which occur in 2–40% of patients, including: meningitis, Guillain-Barre syndrome, neuritis, and neuropsychiatric symptoms usually described as “muttering delirium” or “coma vigil”, with picking at bedclothes or imaginary objects.

Fewer than 10% of patients develop mild relapse, usually within 2–3 weeks of fever resolution and in association with the same strain type and susceptibility profile.About 10% of untreated patients with typhoid fever excrete S. typhi in their feces for up to 3 months, and 1–4% develop chronic asymptomatic carriage, shedding S. typhi in either urine or stool for greater than one year. Chronic carriage is more common among women, infants, and persons who have biliary abnormalities or concurrent bladder infection with Schistosoma haematobium.

The diagnosis of typhoid fever (enteric fever) is primarily clinical. However there are series of tests which could confirm the diagnosis .

Cultures: Blood, bone marrow, stool and urine specimens. Blood Cultures are widely considered 100% specific while culture of bone marrow aspirate is 90% sensitive until at least 5 days after commencement of antibiotics. The technique is extremely painful, which may outweigh its benefit.

Blood, intestinal secretions (vomitus or duodenal aspirate), and stool culture results are positive for S typhi in approximately 85%-90% of patients with typhoid fever who present within the first week of onset. They decline to 20%-30% later in the disease course. In particular, stool culture may be positive for S typhi several days after ingestion of the bacteria secondary to inflammation of the intraluminal dendritic cells.

Bone marrow aspiration and blood are cultured in a selective medium (eg, 10% aqueous oxgall) or a nutritious medium (eg, tryptic soy broth) and are incubated at 37°C for at least 7 days. Subcultures are made daily to one selective medium (eg, MacConkey agar) and one inhibitory medium (eg, Salmonella-Shigella agar). Identification of the organism with these conventional culture techniques usually takes 48-72 hours from acquisition.

Molecular Method: Polymerase chain reaction (PCR) has been used for the diagnosis of typhoid fever with varying success. Nested PCR, which involves two rounds of PCR using two primers with different sequences within the H1-d flagellin gene of S typhi, offers the best sensitivity and specificity. Combining assays of blood and urine, this technique has achieved a sensitivity of 82.7% and reported specificity of 100%.

Serologic tests : These are assays that identify Salmonella antibodies or antigens, supporting the diagnosis of typhoid fever, but these results should be confirmed with cultures or DNA evidence.

Differential diagnosis: This includes include

c. Environmental and behavioural risk factors that are independently associated with typhoid fever include:

The proper treatment approach to typhoid fever depends on whether the illness is complicated or uncomplicated. Complicated typhoid fever is characterized by melena (3% of all hospitalized patients with typhoid fever), serious abdominal discomfort, intestinal perforation, marked neuropsychiatric symptoms, or other severe manifestations. Depending on the adequacy of diagnosis and treatment, complicated disease may develop in up to 10% of treated patients.

If a patient presents with unexplained symptoms suggestive of typhoid fever (enteric fever), broad-spectrum empiric antibiotics should be started immediately. Treatment should not be delayed for confirmatory tests since prompt treatment drastically reduces the risk of complications and fatalities. Antibiotic therapy should be narrowed once more information concerning the definitive diagnosis is available. Recommended antibiotic therapies are Cefixime, Azithromycin and Ciprofloxacin per oral for uncomplicated cases, while Ceftriazone, Azstereonam, Cefotaxime and Imipenem could be administered intravenously for complicated cases .

Patients with uncomplicated disease may be treated on an outpatient basis. They must be advised to use strict hand washing techniques and to avoid preparing food for others during the illness course. Hospitalized patients should be placed in contact isolation during the acute phase of the infection. Feces and urine must be disposed of safely.

Surgical care: Surgery is usually indicated in cases of intestinal perforation. Most surgeons prefer simple closure of the perforation with drainage of the peritoneum. Small-bowel resection is indicated for patients with multiple perforations.

If antibiotic treatment fails to eradicate the hepatobiliary carriage, the gallbladder should be resected. Cholecystectomy is not always successful in eradicating the carrier state because of persisting hepatic infection.

10. Prevention. This involves the following measures:

Typhoid fever usually occurs in developing nations whose sanitary conditions are poor. Typhoid fever is endemic in Asia, Africa, Latin America, the Caribbean, and Oceania, but 80% of cases come from Bangladesh, China, India, Indonesia, Laos, Nepal, Pakistan, or Vietnam. Within those countries, typhoid fever is most common in underdeveloped areas. 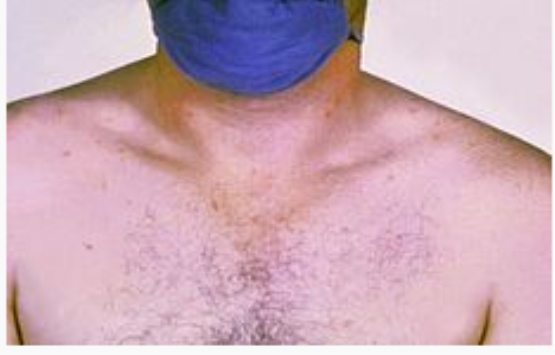 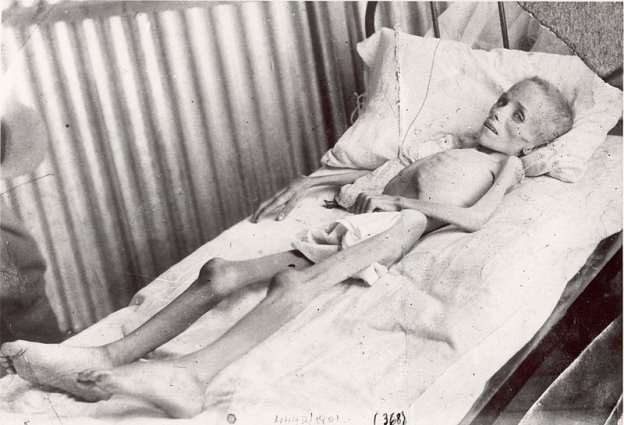