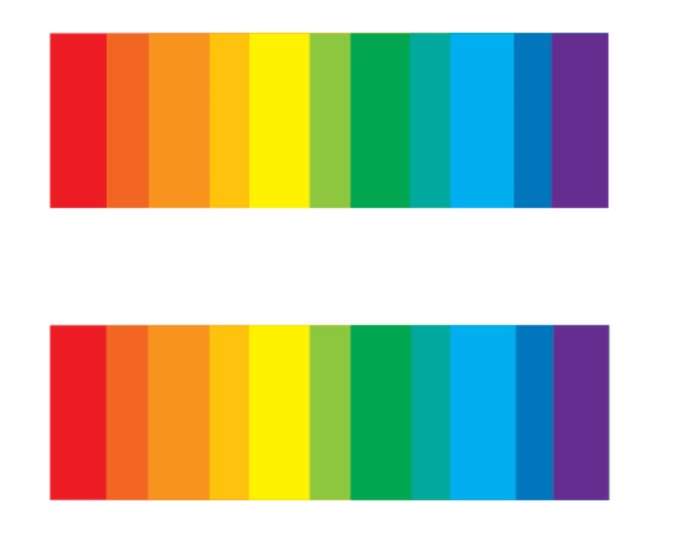 Dryden analyzes the blood donation questionnaire of the Canadian Blood Services and the manner in which the blood stories and the blood system in general, relate and portray blackness, Canadian (homo) nation-making, and queer (diaspora) sexualities. The narratives generate flashes of confinement, discipline, and regulation. The questionnaires are aimed at identifying the best blood donor, consequently separating people whose blood is considered to gives life from those whose blood brings death. The result of this is a ban on given groups of individuals, comprising African people, gay men, and bisexual (Dryden, 2016). Through this research, Dryden seeks to expose how black people’s lives are continuously denigrated using blood as justification, among the straight and gay people, to rebel the small, normative Eurocentric gay blood structures. 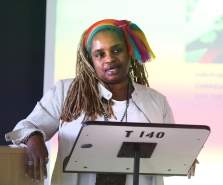 Dryden argument is that there ought to be an end in the homo-nationalist depiction of gay blood and particularly, the way queer communities are envisioned in Canada. The tainted-blood crisis spectacle within the blood discourse and text prompted moral anxieties regarding HIV/AIDS, fears of peculiar sexual behaviors, defilement, and homosexuality. Relations between racial degeneracy, national security, appropriate sexual relations, the dispersion of contagion, and morality were made. The HIV/AIDS anxiety is merged with the homosexuality panic and the unending miscegenation colonial panic, apparent in the tainted blood outrage. This blood issue makes essential a simultaneously diasporic and queer mediation; something presently obstructed in the gay blood and blood donation normative discussions. Blood is an enunciative site, while identity could be tactically engineered for nation building. It is thus, of considerable import how engaged blackness (and black blood) are (Dryden, 2016). These inclusion conditions enable the blackness un- or belonging, particularly by means of its invisibility and visibility.

The idea of blood safety is employed to enable the nationalist boundaries established through a political community’s imagination. These contemporary and historical blood practices and theories rely on identity’s physical legibility as well as on these bodies surveillance to make certain that othered bodies (groups considered impure, foreign, dangerous, and “bad”), that is African and gay, stay readily distinguishable as “other” and, as a result, continuously unbefitting both nationally and in national blood supply. Dryden quotes Walcott who cautions that “Blackness is assorted, heterogeneous, and dis/similar and, as such, when read alongside/through queer diaspora it works to disrupt monolithic notions of “the other.” According to assorted Dryden, efforts to position blackness separate from the imaginatively Canadian boundaries, is risky (Dryden, 2016). Such efforts fail to be in harmony with the black people lived realities throughout the nation, who relentlessly make Canada home despite all of the difficulties.

A notion exists that HIV-0 is prevalent to and belonging of the body of African. This HIV-0 infected-blood doubles as a racial characteristics; thus, its meaning is portrayed as indicative of violence (death to be precise), and this violence (by means of tainted or polluted blood) transfers. This narrative’s perpetuation, that Canadian Blood Services uses, demonstrates perpetuation of racism by means of blood and its donation. Africa and its citizens are still considered entities unfamiliar and dangerous. Sexuality and blood still maps the imperial and colonial power’s territories and terrain (Dryden, 2016). Blood keeps coding the body, and the body keeps coding the blood. 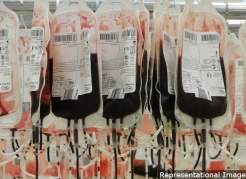 Despite the fact that all blood undergoes a testing procedure, the tests presently available and applicable, as stated by Canadian Blood Services, cannot detect all HIV strains; particularly, they state incapacity to detect HIV-O that they conclude is geographically “Africa” specific (Dryden, 2016), despite the available evidence indicating the presence of this strain in other areas, comprising North America and Europe.

Blood and donation accounts have repetitively been fabricated, using changing and irregular knowledge distributions and exercise, to create the sex (and health) historical ontology. The structure of this narrative has prepared the basis for an unusual nationalist projects range, comprising the mediation into the deferrals of “just gay” blood-donation. Nevertheless, the accounts in the donor questionnaire demonstrate the sexuality manifest intricacies and contradictions (Dryden, 2016), and the blackness labeling as chaotic and needing control.

Blood, excluding those amassed for donation, drifts within a huge reference field wherein turning towards (“giving life”) and marked for (“bringing death”) are simply two odds. HIV/AIDS therefore, exposed the already-imagined outsider as an existing and apparent actual life threat. According to Dryden, it is difficult to alter this notion of an identifiable outsider that brings death since, intentionally, the individuals considered possible bringers of death cannot claims innocence or victimization since they are normatively placed as always having entered the depriving and foreboding dystopic states (Dryden, 2016), despite there not being a given period in history where there was cultural purity.

Strangers or outsiders are already considered strange and unfitting. Individuals coding groups as with black/African blood enables their being “out of place” bodies classification. This articulation, according to Dryden, is vital. The strangers recognition ability is established in the spaces of belonging social demarcation: the outsider is described as that already has polluted such spaces like a danger to persons and property: “many citizens are anxious of the ‘aliens’ whom they ought to share public places, comprising loitering homeless individuals, unidentified black youths, drug addicts, aggressive beggars, and muggers.” (Dryden, 2016) 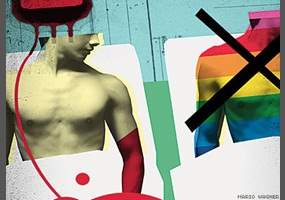 Dryden identifies the breakdown that transpired following eight African nations coming to represent Africa, as a result propagating the blackness and “dark continent” narrative as the death bringer. Blood represents the porous perimeter, where us/them, citizen/other, insider/outsider, and here/there definitions are formulated and spread. Delineating sexualized and racialized blood is an effort to establish impenetrable confines in the Canadian production and animation of white blood pureness. These narratives offer a pedigree to present-day blood-donation exercises. It is in this nationalized blood narratives framework that discourses of contemporary “gay blood” exists. Blackness is dissimilar, varied, and heterogeneous, and thus, functions to disorder when spoken alongside/through queer diaspora it works to disrupt “the other” monolithic notions (Dryden, 2016). Efforts to position blackness outer the borders of what is imaginarily Canadian are risky.

The ease that HIV/AIDS was accredited to the African (and later Haitian) body originates from the African body positioning as degrading. Dryden quoting Patton (1990) claims, “Disease in Africa is 100 considered natural, conjured out of the primordial naught or caught from animals imagined to live side by side with Africans” (p. 82). The arguments supporting of this problem hinges on a supposed logical impartiality believed to go past or outer its individual miscegenation, monogyny, and polygyny genealogies. Question 30 symbolizes the expansive “African AIDS” articulations, which rely on the blackness and “the dark continent” racist tropes. These tropes paint Africa as an area where the (black) persons are in a unending development state, not yet wholly human, and also where the use of condom does not existent, medical health care is unreliable and deprived, and both identified and unidentified fatal epidemics are overwhelming and irrepressible. The racialized blood demands and sexuality “science” that should expose and uncover a “secret”. Similar questions to and Question 30 police “race”, sex, and gender, whereas operating in tandem to fashion a queered (usually infectious) ‘Other’ that is erroneously welcomed although already facing scrutiny (Dryden, 2016). The pathologizing bodies and behavior practice is as interrelating and liquid as the blood that is claimed to carry these bodily “truths.”

The constant HIV/AIDS denotation marking Africa as a prevalent “country” also characterizes African bodies as those usually out of place in the gay community as well as in Canada. The queer-blood ban exploration commences with Question 30 to introduce othered bodies into the established homo/heteropatriarchal whiteness as well as to read the present. At this site, distracting homo-nationalisms drives queer realities at the Canadian boundaries, where “there” infers here; and the “othered” equally is the fellow queer—believable, intelligible, and imaginable (Dryden, 2016)! Blood donation is an essential location for probing the Canadian imagined and social places and spaces, where acknowledgment of those blood-bodies, presently out of place, becomes an intricate exercise. 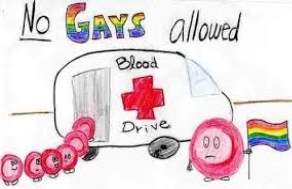 This HIV/AIDS strain arguments are suspicious, since for about twenty years it has been labeled “new”. Push for the inclusion of “just gay” using the attention on Question 19 carries in it a whiteness and white supremacy racial history, as demonstrated by its muteness towards other, equally-queered, blood questions. Despite the fact that the prospective recognized belonging of a number of gays propagates the violence towards othered queers. We cannot imagine any future if we continue embracing the blood ability to unsettle, disrupt, and disorder. The emphasis on these problems show that these blood enable fragmentation discourses and disrupt cohesion narratives that in addition merely seek and communicate to the best donor, gay, and national subject.

The strength of Dryden analysis on the analysis of race, sexuality and the ways that such knowledge is re/produced through the policies of national health oriented institutions such as Canadian Blood Services is that it brings out the racial issues and heteronormativity concerns deeply rooted in major Canadian institutions promulgated by the former colonial masters of the subjects (African continent and its citizens). This analysis highlights these issues with great depth and calls for action to try better the situation, particularly to Canadian citizens of African descent and blackness that are being denied an opportunity to do good or help others in need through donating blood.

The weakness, however, is that it fails to demonstrate whether individuals with black skin born and bred in Canada are subjected to the same kind of treatment. It is a fact that the HIV-0 strain could be more prevalent in Africa that the rest of the world. Furthermore, Dryden only gives a single instance whether actual direct racial bias was demonstrated, when the woman born in Africa from a white Canadian family was upon being questioned by an official advised on the way to respond to the questions in the questionnaire next time. If such incidents were more prevalent, the effect would have been more demanding, but a single incident is not an indication of this kind of bias being prevalently practiced by the institution. 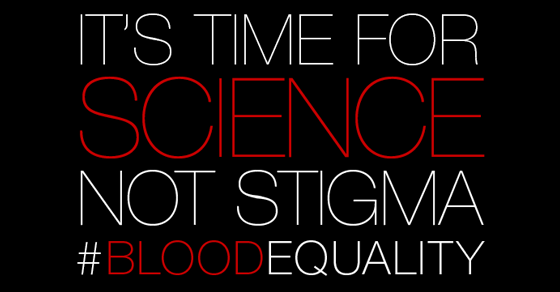