This research project is going to deal with three kinds of Maori trends, which have been issued from 1919 to the present and this research is going to identify and demonstrate about Smoking, Alcohol and Obesity. Those trends based on Northland, New Zealand. Additionally, each trend is identified by each difference question.

Below question of bullet points demonstrate what this research project is going to do.

Those above questions are going to be shown by ethical and cultural considerations as following methodologies, which are literature review and statistical data and graph. Moreover, those trends are approached to Maori Hauora form, which is Te Whare Tapa Wha and the form consider Taha Tinana (Physical health), Taha wairua (spiritual health), Taha wanau (family health), Taha hinengaro (mental health). For three Maori health trends, this research is going to involve health services which are accessibility and Affordability. Accessibility is that many Maori have issues on transport such as own car and transportation. Affordability is significant barrier for Maori to access general practitioner due to too high cost.

Literature review has plenty of sources for this research project. The example of resources is book, Internet, journals, government publications, dissertations, theses, electronic databases and reference materials. Those resources are helpful to understand and identify 3 Maori trends that I choose in existing knowledge. By using those resources even literature review makes the research project to avoid reinventing the wheel by undertaking research for which the conclusions are already known.

Statistical data and graph provide factual data which is based on true events that is occurred in the past, thereby we can identify Maori trends. Additionally, those methodologies make this research easy to gather information and analysing trends.

Question1. Why do Maori women smoke during pregnant?

Below bullets are shown why they keep smoking during pregnancy.

Table3. Environment – a) Social and b) Work 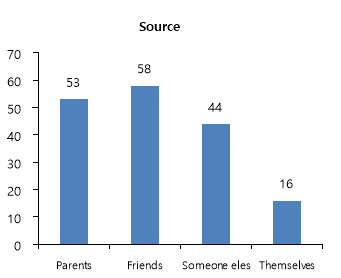 Below figure 2 is shown that problems associated with alcohol use among current drinkers.

Figure2. Problems associated with alcohol use among current drinkers

Three of problem associated with alcohol use are noticeable which are had unsafe sex, done things that could have got you into serious trouble and been injured after you had been drinking alcohol.

Question3. Why is Maori higher rate of diabetes?

There is variety reasons that make diabetes occurred and obesity is the most affected occurring obesity among diverse reasons. Below figure and table are going to show how many Maori population is obesity as dividing ethnic group.

Figure3. Proportion of the population aged 15+ who are obese, by sex& ethnic group

There are many Maori suffering diabetes and the population having diabetes in Maori are much higher than non-Maori. The population is nearly three times more common in Maori. Additionally, Maori being diagnosed have type 2 diabetes which are expected to significantly increase over the next 20 years with the biggest impact being on Maori, Pacific people and those living in deprived neighbourhoods. The main reason that many Maori are having type 2 diabetes is unequal access to and quality of diabetes care. Although there may be many other reasons to explain disparities of death and complications from type 2 diabetes, there is evidence that ethnic in access to and quality of care may play a role.

Prevention of diabetes at a community level is predicated upon promotion of healthy diet, exercise and thus, weight control. However, policy and practice strongly believe behaviour change at the individual level is significant. It is unfortunately that this is going to solve diabetic epidemic and structural change at the level of taxation incentive, food regulation and advertising for healthy changes in manufacturing will be needed.

Ngati Porou Hauora (NPH) on the East Coast is implementing a programme called Ngati and Healthy. Their purpose is reducing the risk of type 2 diabetes mellitus by promoting a lifestyle characterised by healthy eating and regular exercise and also increase awareness of diabetes and pre-diabetic conditions both amongst those at high risk of developing diabetes.

By using those above literature review, this research was demonstrated three Hauora trends which are smoking, alcohol and diabetes based on question. In addition, the information of data in literature review is going to be analysed with bullet points.

Smoking: why do Maori women smoke during pregnant?

Diabetes: why is Maori higher rate of diabetes?

This research dealt three Hauora trends from 1919 to this present day regarding each questions. In the smoking part, many pregnant Maori women smoke during pregnancy. So, they need to support to cease smoking by education. As the research dealt, many pregnant Maori women have poor knowledge what side effect coming when they smoke during pregnant. This is most significant issues and other important issue is unplanned pregnancy. Therefore, they smoke until they recognise they are pregnant. To prevent this kind of happening, health provider have to deliver information to Maori female even male also to make them aware of side effect of smoking surrounding pregnant women. In the Alcohol part, Most Maori students are exposure to easily get alcohol and most significant problems is Maori students is not aware of seriousness of drinking alcohol because of their surroundings. Alcohol use make problems in variety situation and it make Maori students injured even seriously. So, to prevent this kind of situation, they need to be provided education. In diabetes part, type 2 diabetes is common disease among Maori even that disease is occurred three times higher than non-Maori. The reason that diabetes is occurred is closely relative with lifestyle and the rate of obesity is higher than non-Maori. So, Maori need to improve their life style by exercise, control weight and manage diet.

The New Zealand Medical Journal, Binge drinking among Maori secondary school students in New Zealand: association with source, exposure and perception of alcohol use (2013), Retrieved from