The question of this assignment

Discuss the characteristics of a dopamine neuron and how does this relate to what has been achieved in the culture dish.

In our body a lot of organs that make our function of movement and control. Parkinson’s disease affect our move. It happen when there is a problem of the certain of nervous cells in the brain. The nerve cells make an important chemical is named dopamine. The dopamine sends signals to the part of the brain that controls movement. Also, the dopamine lets the move of our muscle smoothly. The Parkinson’s disease breakdown the nerve cells that make the dopamine. When the person do not have enough dopamine the problem of move can start and the person cannot control the way where to move. (1) 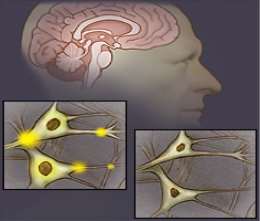 Figure 1 shows the nerve cells in the brain (1)

The Parkinson’s disease is progressive, which means it gets worse over time. But this happen slowly many years. Until now no one know what acutely makes the nerve cells breakdown. However, scientists are doing a lot of research to know the reason of the cells breakdown. Some study say Parkinson disease is gene abnormal in some people but so far there is enough proof to show that its always inherited.(1)Braak’s hypothesis proposes that the Parkinson’s disease begins in the digestive tract and in the brain’s centre of smell. The theory is supported by the fact that symptoms associated with digestion and smell happen very early on the disease. Professor Jia- Yi Lis research team has now been able to tack this process further, from the gut to the brain in rat models. The experiment shows how the toxic protein alpha-synculein is transfer from one cell to another before reaching the brain’s movement centre, giving increase to the characteristic of movement in the Parkinson’s disease. He prove that disease process actually can travel from the peripheral nervous system to the central nervous system, in this case from the wall of the gut to the brain.(3)

Usually people start to have symptoms of Parkinson’s disease between the ages of 50 and 60. But in certain case start earlier.

The symptoms of Parkinson’s disease first may be notice is tremor which means shaking or trembling. And these may affect the hands, arms, or legs. It is one of the most common signs but not everyone has it. Also, not everyone with a tremor has Parkinson’s disease. The tremor often starts only one side of the body or just one arm or leg. In addition, Parkinson’s affects the stiff muscles all through the body, so it causes problems like trouble swallowing or constipation. In the later stages of Parkinson’s disease a person may have fixed expression trouble speaking and other problems. Some people lose mental skills. (1)

Dopamine is a chemical signal that transfers information from one neuron and the next neuron. It released the signals from the first neuron and it floats into the synapse (the space between the two neurons) to the second neuron. The receptors bumps the signals down to the receiving neurons. The dopamine interested in many different important pathways and it known as the mesolimbic pathways which starts with cells in the ventral tegmental area in the midbrain.(2) The dopamine plays numbers of roles in human and other animals. It controls many functions such as movement, memory, pleasurable reward, attention, sleep, learning, mood, inhibition of prolactin production, and behaviour. The increase and deficiency of this dopamine chemical is cause of several disease like Parkinson’ disease. In the brain, part called the basal ganglia regulates movement. Basal ganglia in turn depend on a certain amount of dopamine to function. The action of this occurs by dopamine receptors D 1-5. The deficiency in dopamine in the brain may become delayed and uncoordinated the movement and other function of the body. (3)

The dopamine is important neurotransmitter in the brain substantial part of the overall dopamine in the body is produced outside the brain by mesenteric organs. The production of dopamine within the central nervous system, depend on the dopamine biosynthesis. There are two steps of dopamine biosynthesis takes place in the cytosol of CAergic neurons and starts with hydroxylase of L-tyrosine at the phenol ring by tyrosine hydroxylase to produce DOPA.(4)

The stem cell have potential to develop into many different cell types in the body during early life and growth. In many tissues they serve as a sort of internal repair system, divided without limit to replace other cells as long as the person or animal is still alive. When a stem cell divides, each new cell has the ability either to remain a stem cell or become another type of cell with a more specialized function, such as a muscle cell, a red blood cell, or a brain cell and other cells.(5)

The stem cells are featured from other cell types by two important characteristics. First, they are capable of renewing themselves through cell division, sometimes after long periods of inactivity. Second, under some physiologic or experimental conditions, stem cell can be become tissue- or organ-specific cells with special functions. In certain organs, such as the gut and bone marrow, they regularly divide to repair and replace worn out or damaged tissues. In addition, in other organs, such as the pancreas and the heart, stem cells only divide under special conditions. (5)

In 1981 Scientists discovered ways to derive embryonic stem cells from early mouse embryos nearly 30 years ago. In 1998 the detailed study of the biology of mouse stem cells led to the discovery. After that method to derive stem cells from human embryos and grow the cells in the laboratory. These cells are called human embryonic stem cells. The embryos used to studies were created for reproductive purposes through in vitro fertilization procedures. When they were no longer needed for that purpose, they were donated for research with the informed consent of the donor. Researchers made another breakthrough by identifying conditions that would allow some specialized adult cells to be “reprogrammed” to assume a stem cell-like state in 2006. This new kind of stem cell, called induced pluripotent stem cells (iPSCs). (5) The Stem cells are important for living organisms for different reasons. In the three to five days old embryo, called a blastocyst, the inner cells give rise to the entire body of the organism, include all of the many specialized cell types and organs such as the, lungs, heart, skin and other tissues. In certain adult tissues, such as bone marrow, brain, and muscle, the adult stem cells generate replacements for cells that are lost through normal injury, or disease. The stem cells make new potentials for treating diseases such as heart disease and Parkinson disease. However, much work remains to be done in the laboratory to understand how to use these cells therapies to treat disease.(5) Research on stem cells continues to advance about how an organism develops from a single cell and how healthy cells replace damaged cells in adult organisms. The stem cell research is one of the fascinating areas in contemporary biology.(5)

The protocol of the laboratory that culture the stem cells must contain special equipment use to avoiding the contamination during make the HESC culture. The equipment that are use a CO2 incubator, that cannot use the detergent to clean use 70% of ethanol to get the best result to control the contamination. Used a biocontainment hood to control of microorganisms. A microscope with phase contrast optics to see the cell and colony morphology. A refrigerator 20Ä‹ and freezers 80Ä‹.Use the liquid nitrogen freezer to store the stocks of HESC and feeders. Also, need small water bath 37 Ä‹ to thawing the cell that are frozen.(6)

The feeder culture use to growth of HESC. It prepare primary fibroblast that come from the CF-1 mice. The CF-1 mouse embryonic fibroblasts give the optimal growth of HESC without differentiation and recommended for many reason such as function well making feeder, available and cheaper. (6)

The first thing need to culture the HESC is good feeder. Human embryonic stem cell should be passaged when the colonies reach size 300 to 500 cells. The plate should be passaged large culture of colonies. The cell always passaged to the plate of feeder cell less than seven days. (6)

Growth of the HESC

There are many challenges to use the stem cells for replacement therapy. However, the good manufacturing practice (GMP) is quality assurance system that use to make sure the product of stem cells is good and safe to use for treatment. The GMP in human embryonic stem cell culture required several components for good clinical practice. First, the culture or the feeder media that use in the laboratory must be reach to standard of GMP. Second, the inner cell mass of the blastocyst and passaging of the cell. Final, all components of the culture and cryopreservation media should validated to the GMP system. (7)

The ethical issue surrounding the use of embryonic cell need be carefully controlled. In UK human embryonic stem cell can collected from left over embryos produced as part of vitro fertilisation. This can done under strict UK guidelines from Human Fertilisation Embryology Authority and only in the early stage embryos can be use in research up to maximum of 14 day of development.(8)

The power of stem cell

Scientist in Japan worked to make stem cell from normal adult cell in 2006 and this called induced pluripotent stem cell (iPS). This iPS cell in the future may use to make for the patient own cell and it be safe from other factor the affect the patient. The researcher attempted to treat the cell that are die from the nervous cell by make experiment on rat and mice. It show improvement to develop of dopamine that make replace of nervous cell. The researcher can measure the increase of dopamine neuron function in striatum of the patient by using positron emission tomography that make image of the brain.(5)