Context: Cutaneous Vasculitis is the inflammation of vessel walls which leads to hemorrhagic or ischemic events. The histopathological classification of cutaneous vasculitis depends on the vessel size and the dominant immune cell mediating the inflammation.

Object: We studied the etiological factors and clinico-pathological spectrum of patients with cutaneous vasculitis at a tertiary referral centre of north India.

Cutaneous vasculitis (CV) is an inflammatory process of the vessels leading to the destruction of their wall with subsequent hemorrhagic features with or without ischemic necrosis.1 The incidence of cutaneous vasculitis ranges from 15.4 to 29.7 cases per million per year.2,3 The condition usually affects adults with a slight female predominance, however, all ages may be afflicted. CV is classified histo-morphologically on the basis of size of vessel affected (small or medium vessel vasculitis) and on the basis of the dominant cell mediating inflammation- neutrophilic/leukocytoclastic, lymphocytic, eosinophilic and granulomatous. On the basis of etiology, they are classified as primary/idiopathic or secondary to an underlying cause like drug induced, connective tissue disorders, infections, malignancy, etc.

Vasculitis in a medium or large vessel is defined as presence of inflammatory cells within their walls, whereas in small vessels diapedesis of various leukocytes often take place and this criteria alone is not significant. It must be associated with signs of vessel damage, such as fibrin within the walls, thrombi or endothelial necrosis. Veins are involved more commonly than arterioles. Clinically, CV can present with a variety of signs and symptoms like urticaria, palpable purpura, ulcers, maculopapular rash, nodules, hemorrhagic vesicles, etc. It can be limited to skin or manifest in other organs like kidney, lungs and heart. Due to this myriad of presentations, CV can mimic a variety of other dermatological and systemic diseases. Skin biopsy remains the gold standard for diagnosis of cutaneous vasculitis complemented by clinical data and relevant haematological and immunological investigations. In this article, we will be presenting the histopathological spectrum of cutaneous vasculitis at a single centre of north India.

All patients with clinical suspicion of cutaneous vasculitis attending the dermatology OPD between August 2009 and July 2014 at a single tertiary referral centre of north India were included. An informed consent was taken wherever possible in writing. Approval was obtained from the institute’s research committee for compiling the data from the hospital records. A punch biopsy, 4mm in depth was taken from the edge of the lesion. Though efforts were made to collect most of the biopsies within 48 hours of appearance of the suspected vasculitic lesion, a few patients presented as late as 1 -2 weeks. These biopsies were routinely processed and stained with Haematoxylin and Eosin (H&E). Serial sections were taken in which no vasculitis was identified on initial section. Elastic tissue staining to assess the damage to the elastic lamina in muscular vessels was also performed. Simultaneously, a hemogram, ESR, kidney and liver functions, rheumatoid factor and immunological tests like ANA and ANCA were also carried out for assessment. Direct immunoflourescence (DIF) could not be undertaken in any case due to poor patient affordability and lack of infrastructure. Patients with thrombocytopenia (<50,000/cu.mm), those on warfarin therapy and with disorders of coagulation were excluded.

Over 5 years a total of 480 skin biopsies were studied out of which 103 cases were performed in those with clinically suspected vasculitis. However, 62 out of these 103 cases were histologically confirmed to have vasculitis; the remaining had unremarkable and non-specific histologic features. Those with positive histological features had a mean age of 44.5 years [range 6-83 years] with the male to female ratio of 1.1:1. The maximum number of patients (n=15) were seen in the age group 31-40 years followed by those in the second decade. Clinically vasculitis was primary (n=48, 77.4%) or secondary (n=14; 22.5%). (Table I)

History of drug intake and presence of recent upper respiratory tract infection was seen in 7 and 3 patients respectively. The commonest offending drugs were antibiotics of β-lactam group and analgesics followed by anti-histaminics. Connective tissue disorders (n=3) and malignancy (n=1) were also found to be the cause of secondary vasculitis. Clinically palpable purpura was the most common finding followed by maculopapular rash.(Figure I). Three-quarters of granulomatous vasculitis presented clinically with symptoms of allergic granulomatosis; 25% (n=4/17) of leukocytoclastic vasculitis presented clinically with features of microscopic polyangiitis. Among the haematological parameters, a raised ESR was the most consistent finding. (Tables II & III).

Six of the 10 cases with urticarial vasculitis had an eosinophilic infiltrate; the remaining showed lymphocytes predominantly. Clinically most cases (n=8; 47%) of idiopathic vasculitis were of neutrophilic type. Drug reaction was the commonest cause of secondary vasculitis (n=7) and most of these (n=4, 57%) showed lymphocytic infiltrate (Table IV).

Cutaneous vasculitis presents as a mosaic of clinical and histological findings due to varied pathogenic mechanisms.3 Even in the presence of suggestive dermatological lesions, biopsy showed histological features in nearly 60% cases. We observed primary vasculitic syndromes leading to cutaneous histologic changes in 77% of all cases. Joint pain and swelling was the main presenting feature, palpable purpura and maculopapular rash were the predominant clinical cutaneous markers and raised ESR was a consistent feature. Mostly small vessels were affected and neutrophils predominated in infiltrates. However, there was a substantial overlap in the calibre of the vessel, the cellular infiltrate and the clinical diagnosis.

Our observations corroborate with the case series of Carlson et al in terms of the dominance of primary vasculitis and lack of organ involvement.3 Raised ESR was also observed by Ekenstam et al and Gupta et al.4, 5 Arthralgia was the commonest systemic manifestation also observed by Gupta et al. 5 Neural and renal involvement was seen in 15 (24.1%) and 18 (29%) patients respectively in our series. Earlier studies showed visceral involvement is seen in <20% of cutaneous vasculitis, with kidney being the most common organ affected. 6, 7, 8 Fatal disease occurs in a minority (<7%) of patients however, we did not encounter any mortality in the 1 year follow-up period. 3, 8

Different therapeutic approaches are the main reason for sub-classifying vasculitis. Avoidance or treatment of the causative factor may cure or limit the activity of secondary vasculitis; whereas immunosuppressive therapy is the treatment of choice for primary vasculitis. Given this broad range of presentations of cutaneous vasculitis and the numerous disorders that can mimic vasculitis, it is not surprising that it is difficult to correctly and confidently classify these patients. 9 Currently the most widely adopted vasculitis classification system is that of Chapel Hill Consensus Conference (CHCC) which is based on pathologic criteria . 10 The other widely used system is that of the American College of Rheumatology (ACR) which is based on clinical findings. 11-18 As yet, no ideal system of classification exists for vasculitis. 3, 19, 20

The most accepted classification is one which distinguishes between primary and secondary vasculitis, recognizes the dominant blood vessel size involved as well as incorporates patho-physiological markers such as direct immune-fluorescence (DIF) and ANCA.21,22 Therefore the classification of cutaneous vasculitis into specific syndromes is best first approached morphologically by determining vessel size and principal inflammatory response. 3

This is the first case series classifying cutaneous vasculitis based on the vessel calibre and histo-morphologic features from the north Indian state of Uttarakhand. Though, the referral centre caters to a million people, this data cannot be extrapolated to the general population as the people are treated in the periphery by practitioners, the data of which is non-existent. A major limitation of our study was the non-availability of direct immunofluorescence which is considered very important for delineating the immunoglubulin type. Nevertheless, since this facility is not available in most of the Indian subcontinent and there is a lack of expertise in the field of dermatopathology, our data merits attention.

Vasculitis occurs as a primary disorder or secondary to various medical conditions, the treatment differing accordingly. The severity may range from a self-limited condition to a life threatening disorder with multiple organ failure. Skin biopsy is an important tool in arriving at a definitive diagnosis duly complemented by clinical features, pertinent laboratory data, serological evaluation, ANCA with or without direct immunofluorescence.

Table I. Causes of vasculitis in our study (n=62) 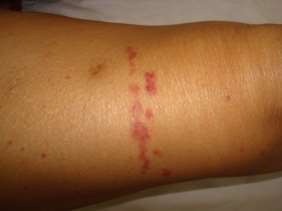 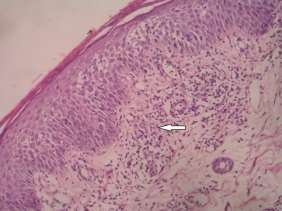 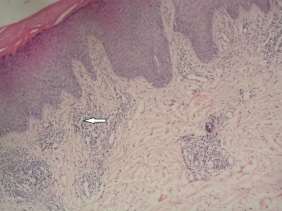 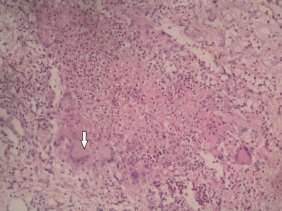 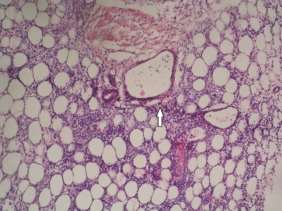