Clinically isolated syndrome (CIS) is a central nervous system demyelinating event isolated in time that is may or may not lead to the development of multiple sclerosis (MS). It is a term that describes a first clinical episode with features suggestive of multiple sclerosis (MS). It usually occurs in young adults (19-30 years old) and affects optic nerves, the brainstem, or the spinal cord. Although patients usually recover from their presenting episode. (1)

The term “clinically isolated syndrome” (CIS) is used to describe a first episode of neurologic episode that lasts at least 24 hours and is caused by inflammation and demyelination in one or more sites in the central nervous system (CNS). CIS may be presented as monofocal or multifocal:

Individuals who experience a CIS may or may not go on to develop MS. In diagnosing CIS, the physician faces two challenges: first, to determine whether the patient is experiencing a neurologic episode caused by damage of the CNS, and second, to determine the possibility that a person experiencing this type of demyelinating episode is having high risk to develop MS. Of the people who are eventually diagnosed with MS, 85% experienced a first attack that is referred to as a clinically isolated syndrome (CIS). (1) If an MRI scan of the brain and spinal cord shows evidence suggestive of MS at the time of a clinically isolated syndrome or at the time of a second episode, then MS will be diagnosed. However, not all patients who experience a clinically isolated syndrome will go to develop MS (2). For many patients, there will be no MRI evidence suggestive of MS and no further symptoms or episodes.

The first journal article including the term “clinically isolated syndrome” appeared only 20 years ago .Increasing availability of magnetic resonance technology in the 80s improved diagnosis of CNS demyelinating disorders, and the arrival of disease-modifying medications for multiple sclerosis starting in mid-90s increased the importance of correct diagnosis and treatment. Long term follow up studies of patients presenting with an isolated clinical syndrome characteristic of multiple sclerosis led to the identification of risk factors for conversion to clinically definite multiple sclerosis (3).

Today, no uniform consensus definition for a clinically isolated syndrome exists. In 2008, a panel of multiple sclerosis experts recommended that a clinically isolated syndrome be defined as a monophasic presentation with suspected underlying inflammatory demyelinating disease and recommended 5 subtypes based on monofocal or multifocal symptoms, presence or absence of asymptomatic MRI lesions, or patients without symptoms but with a suggestive MRI (3,4).

A study was made to determine whether the incidence of clinically isolated syndrome (CIS) the precursor form of multiple sclerosis (MS) that encompasses optic neuritis and transverse myelitis as well as other clinical presentations, varies by race/ethnicity in a multi-ethnic, population-based cohort (5).

The methods that was used is based on electronic record searches and complete medical records review to identify all newly diagnosed CIS and MS cases in the population-based, multiethnic membership of Southern California Kaiser Permanente (KPSC) between 2008 and 2009. The KPSC membership contributed 7,410,754 person-years of observation during the study period and the racial/ethnic distribution was 36.5% white, 8.6% black, 43.4% Hispanic, 9.3% Asian/Pacific Islanders (Asian/PI) and 1.9% other (6).

Studies suggest that people who experienced a clinically isolated syndrome have a less than 50% risk of developing MS within five years of experiencing the initial symptoms (7).

There is no single examination that can determine whether a person who experiences a clinically isolated syndrome will or will not go to develop MS. However, researchers have tried to identify factors that might influence the possibility of developing MS and help differentiate between people who have a higher and lower risk to develop MS. Though these classifications do not establish absolute risk of developing MS, they may help to guide people in making decisions about further testing or treatment (1,7). 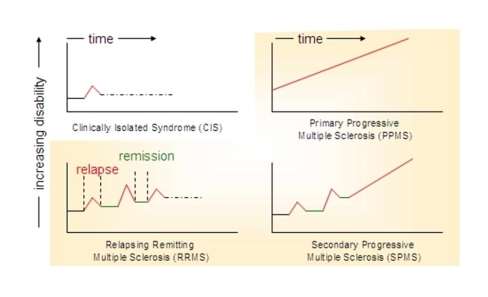 Figure 1: Progression of the disease for CIS and MS types.

Factors that influence the likelihood of developing MS:

Many studies have shown that different types of clinically isolated syndrome (i.e. transverse myelitis, optic neuritis, brainstem syndrome) in relation to the risk of developing MS. These studies suggest that optic neuritis is associated with a lower risk of developing MS and better long-term outcome than other types of clinically isolated syndromes (7).

Isolated sensory symptoms, which include tingling, numbness, or visual impairment are thought to be associated with a lower risk of developing MS compared to the presence of symptoms of motor system involvement , which are associated with a higher risk .(1)

A brain MRI scan at the time of the clinical episode of CIS is thought to be the most useful predictive tool. A normal MRI scan showing no lesions is associated with a lower risk of developing MS. In the other hand, a brain scan that shows a high number or volume of lesions is associated with a higher risk of developing MS (1,7).

Studies have investigated whether analysis of CSF can help predict the possibility of developing MS after a clinically isolated syndrome. One of these studies was based on the data of 40 patients who presented with a clinically isolated syndrome and have been examined with MRI scanning and CSF analyzing within the following two months. Of the 15 patients who developed MS, 14 had abnormalities on MRI and 13 tested positive for markers of disease activity in their CSF. The risk of developing MS was significantly higher in patients who tested positive in CSF analysis and had abnormalities on their first MRI scan compared to patients who were negative for both or one of the tests (7,8).

However, because it is less useful as a predictive tool than MRI, a lumbar puncture is not routinely recommended in cases of CIS as described in Table (1).