Because most investment decisions are decided in an environment of risk, the tools that help us make decisions with logic and regularity fall under the umbrella of probability. As per the definition probability is the chance that something will happen. Furthermore, it is the number of times an event happens out of many trials. Knowledge of modern probability and statistics is essential for the development of economic and finance theories and for the testing of their validity through robust analysis of real-world data. For example, probability and statistics could help to shape effective monetary and fiscal policies and to develop pricing models for financial assets such as equities, bonds, currencies, and derivative securities. The purpose of Finance is to deal with uncertainty that happens in the markets.  So, it comes as no surprise that people that work in finance choose models that integrate some random behaviour, and they use probability concepts to interpret the outcomes of those models. The importance of developing robust methods for such empirical analysis has become particularly important following the recent global financial crisis in 2008, which has placed economic and finance theories under the spotlight (Brown & Wing , 2015). Because the loss associate to making decisions without probability or incorrect probability can be astronomical, how compagnies manage to pick the best fit for their business?

In contrast of the classical view, the empirical view is base on experiments. It is the relative frequency of the occurrence of an event and is determined by actual observation of an experiment. Consider an experiment, event A occurs “f” number of times if we repeat experiment n times (Empirical Probability Formula, 2019). It stated that the probability that an even occurs will always be between the number 0 and 1. For the empiric probability of 0 to be the chance that the event never occurs and 1 it will always happen. According to Investopedia, an empirical probability is closely related to the frequency of an event (Kenton, 2018). In order for a theory to be proved or disproved, empirical evidence must be collected. An empirical study will be performed using actual market data (Kenton, 2018). Even though one of the most used theory in finance CAPM is not 100% accurate a lot of empirical studies were necessary to arrive to the final conclusion.

The last type of probability is subjective which use personal judgment about the possibility of an event to occurs. It does not have formula and only rely on the person ju

In probability we can count three basic rules: the addition rule, the multiplication rule and the complement rule or subtraction rule. There are two formula attached to the addition rule, first one is the sum of the probabilities of two events that cannot happen at the same time occurs. The second one is the probability of two mutual exclusive events minus the probability of both happening. The formula for the first one is: P (A u B) = P(A) + P(B) and for the second one we have P (A ∪ B) = P(A) + P(B) – P(A ∩ B). because the probabilities of two event cannot happen at the same time is equal to 0, only the second formula is applied in reel life. For example, if we take a stock price of a company, the price can either go up or down, the same thing goes for the government expenditure of a country.

b) construction of probability distribution of suburbs: 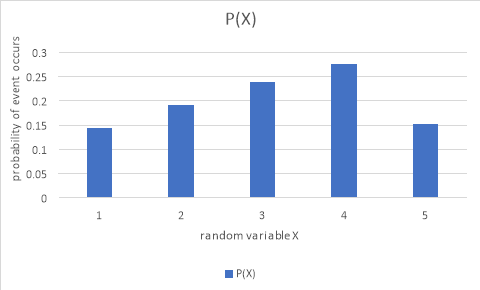 Using the data analysis tool of excel we have the descriptive state of the suburbs as follow: 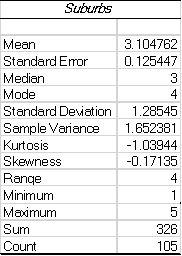 The mean with the data analysis is equal to the one I found calculating with the table: 3.104762 using the “sumproduct function” of excel multiplying the X to P(x).

1) The probability to have 5 traders leaving the company is:

2) The probabilityP4 or less to have 4 traders or less leaving the company means:

In other cases, on a sample of 10 traders, to find the different probabilities, we use a binomial distribution, a probability distribution of the number of successes in a sequence of n independent experiments of a Bernoulli distribution. On n experiments, the probability to have k success (k traders leaving over n) is P=Cnk *(Ps)k*(Pe)n where Cnk is the binomial coefficient.

Looking back to 100, 500, 1000 or even 2000 years ago the way people were doing finance is not the same as today. A lot of changes came in and change the way we run things. With the introduction of mathematic in finance, different type of theories and models came in and opened more doors for the financial world. Investors took more risks, expand their portfolios and created new types of financial assets. (Morris, 2018) was saying about modern Finance that it is the general term he uses to cover Modern Portfolio Theory, Capital Asset Pricing Model, Efficient Market Hypothesis, and a few others. Most of those theories were bult on different assumptions using the different types of probabilities as foundation.  Modern financial theory’s foundation is, in great part, built on the premises of probability theory and, to be more precise, the normal or Gaussian probability density function (Charles & Scott , 2013). Same as (Charles and Scott, 2013) (Merton, 1994) in the Royal Society stated: “Just as in Bachelor’s option-pricing model of 1900, so the normal and binomial distributions are central to today’s mathematical models of finance”. The purpose of this paper is to look at the contribution of the binomial and normal in modern finance. The first part of this paper will deal with the binomial distribution, from the definition to how it is used in modern finance and limitations it can possible have. The second part will highlight the introduction of the normal distribution and what that brought to the world of finance. It will also look at the impact and limitations of the normal distribution. Do the two distributions fit what happens in real world?

To use the binomial distributions, you must meet the following three criteria:

Unfortunately, no mathematical theory is perfect, and each has insufficiencies and limitations.  Mathematical models provide a good mechanism to quantify some variables with single, trackable numbers. But due to the limitations of assumptions, models may fail (Seth, 2018). Which is why the normal distribution can be used to approximate the binomial distribution.

Two aspects dominate when you look at any investment: risk and return. Investors seek for the highest possible return on an investment with the lowest risk possible. The normal distribution quantifies these two aspects by the mean for returns and standard deviation for risk (Kenton, 2018). In the “real” world of financial investors — where risk averse agents mainly hold government bonds, a few equities and do not hold derivatives — the normal distribution still plays a lead role ( Michele, Giuseppe, & Stefano , 2005). Distributions of stock market returns are often presented as bell shaped curves. For example, a return distribution that contains returns realized during the financial crisis will be very different than one covering a different period (Finance, 2019). Distributions of monthly returns can look different than distributions of daily returns. standard deviation is often called volatility when it comes to stock returns. If situation where the returns are normally distributed, more than 99 percent of the outcomes are expected to fall within three standard deviations of the mean (Finance, 2019). Because of these characteristics of the bell-shaped of the normal distribution, analysts and investors can make statistical inferences about the expected return and risk of stocks.

Normality has been an accepted wisdom in economics and finance for a century or more. Yet in real-world systems, nothing could be less normal than normality. Normal distribution, which forms the basis of portfolio theory, may not necessarily apply to stocks and other financial asset price patterns (Seth, 2018). The unanimous conclusion states that financial returns are not normally distributed ( Michele, Giuseppe, & Stefano , 2005). That contradicts with the general assumption of the Markowitz (1952) in his portfolio theory that assumed returns are normally distributed. In 2008, for instance, the profit and loss distribution of Goldman Sachs looked more like an elongated “U” than the bell shape predicted by VaR (Alloway, 2012). The last 30 years are the proof that even though we have theories and the different way to prevent investors to lose on their investment or hedge it the best they can, the reel world has a different view on the matter. Different crisis happened in the last three decades: Latin America debt crisis in early 1980’s. market crash in 87, burst of U.S technology bubble 2000 – 2001 and others… more non normality can be seen in the reel world often than usual, and because most of the asset allocation team used the mean-variance theory they failed face the situation when it arises. Because the world work of modern finance works differently than the old theories, a change is need in order to incorporate the non-normality factors in the equation when selecting probable investments. As when we incorporate that we will reduce the volatility of most portfolio. That does not mean we will drop the binomial or normal distribution as they are still relevant to other observations, but another type distribution that will incorporate the changes that happened with modern finance is needed to improve portfolio efficiency. 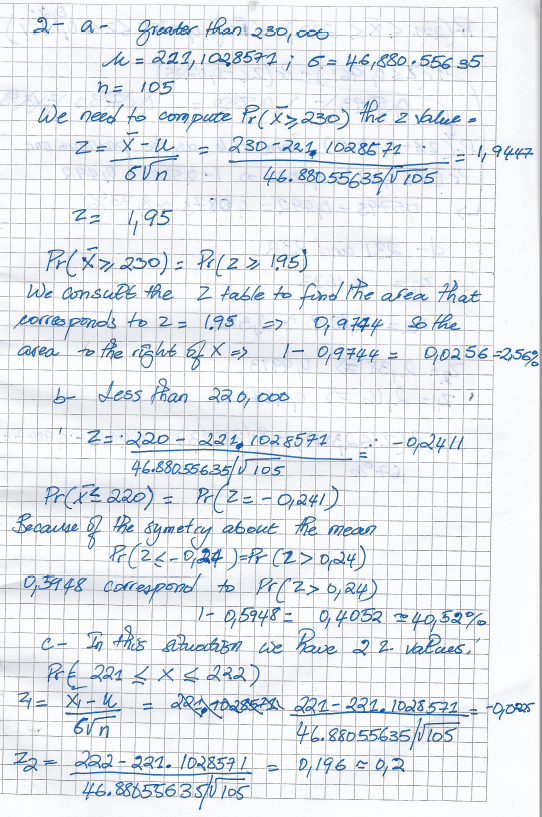 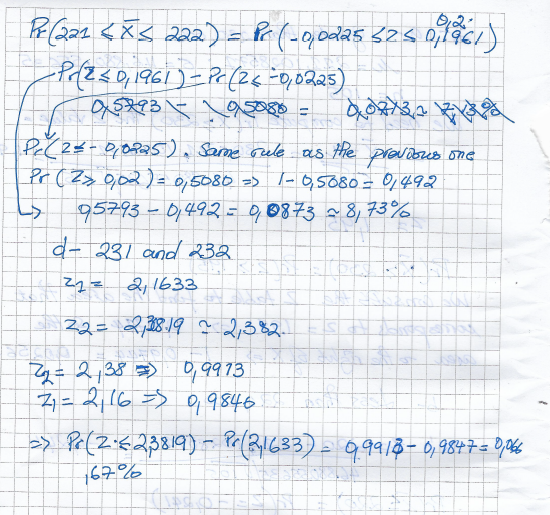