The primary objective of the IVR Cloud Migration Project is to Lift and Shift their working Applications into the AWS Cloud Environment. The Lift and Shift of the IVR Applications are recommended to have automation the least amount of human interaction to build and deploy onto AWS Cloud. This document will give a step-by-step process to carry out the task of automating the creation and maintenance of the applications.

The IVR Applications require the following resources to replicate and automate the on-premise environment onto AWS Cloud.

In the Automation Process, the requirement is to have minimal human interaction and have an automation pipeline from creating a build for the application to creating, deploying and configuring until a running application instance is setup.

The tools that are required are as follows:

Elastic Compute Cloud (EC2) is a virtual computing environment which provides users the platform to create applications and allowing them to scale their applications by providing Infrastructure as a Service.

Key Concepts associated with an EC2 are –

The Liberty profile is a simplified, lightweight development and application runtime environment that has the following characteristics:

Jenkins is a self-contained, open source automation server which can be used to automate all sorts of tasks such as building, testing, and deploying software. Jenkins can be installed through native system packages, Docker, or even run standalone by any machine with the Java Runtime Environment installed.

A “Jenkinsfile” which is a text file that contains the definition of a Jenkins Pipeline is checked into source control. This is the foundation of “Pipeline-As-Code”; treating the continuous delivery pipeline a part of the application to be version and reviewed like any other code.

The Requirements for Jenkins Server includes the following:

Jenkins File Structure is a model to automate the non-human part of the whole software development process, with now common things like continuous integration, but by further empowering teams to implement the technical part of a Continuous Delivery.

Jenkins Setup is carried out on a managing server which has access to all your remote servers or nodes. The Process can be demonstrated with a few simple steps.

The requirement for creating a pipeline is to have a repository with the Jenkins file which holds the declaration of the pipeline. 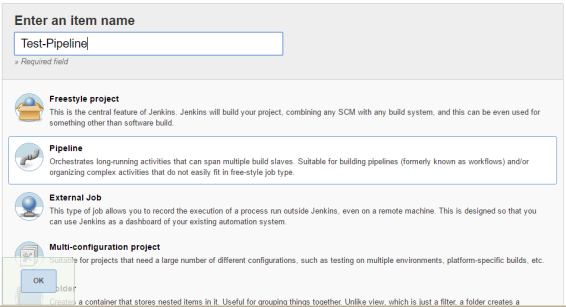 Toggle Tabs to Customize the Pipeline to Click Apply.

To Build the Job, Click Build Now on the Dashboard to run the Pipeline. 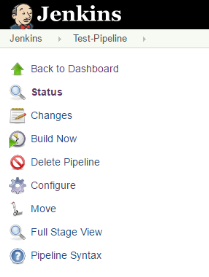 Ansible Tower is the Automation tool used in this project and is a simple tool to manage multiple nodes. Ansible is recommended to automate the deployment and configuration management of the System and its Applications.

Ansible Automation can be setup on any machine as it does not require a daemon or database. It will begin with the assigned user to SSH into a host file. This allows the user to run the Ansible script to execute the roles which runs various tasks defined.

NOTE: In scope of the IVR applications the ansible script executes multiple roles for the creation of EC2 Instances and the installation of WebSphere Applications. Each of these roles have their very own YAML script to create and populate the instance.

The Requirements for Ansible Server includes the following:

Ansible Tower Setup requires to be on a Linux Instance (CentOS or RHEL),

Linux setup for some basic services including: Git, Python, OpenSSL.

Ansible Playbook is a model of configuration or a process which contains number of plays. Each play is used to map a group of hosts to some well-defined roles which can be represented by ansible call tasks.

The Master Playbook for the project has been given as Site.yml.

This YAML script is used to define the roles to execute.

NOTE: The roles in the Master Playbook are invoked to perform their respective tasks. 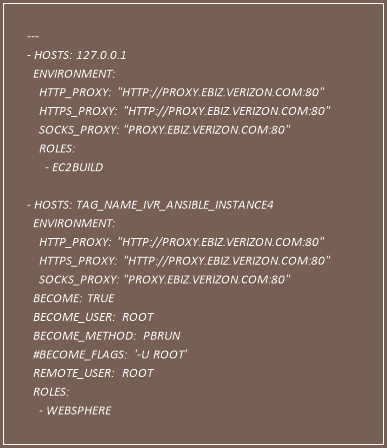 Inventory – Ansible contains information about the hosts and groups of hosts to be managed in the hosts file. This is also called an inventory file.

Group Variables and Host Variables – Similar to the hosts inventory file, you can also include hosts and groups of hosts configuration variables in a separate configuration folder like group_vars and hosts_vars.

These can include configuration parameters, whether on the application or operating system level, which may not be valid for all groups or hosts.

This is where having multiple files can be useful: inside group_vars or hosts_vars, you can create a group or host in more than one way, allowing you to define specific configuration parameters.

Roles – Roles in Ansible build on the idea of include files and combine them to form clean, reusable abstractions – they allow you to focus more on the big picture and only define the details when needed. To correctly use roles with Ansible, you need to create a roles directory in your working Ansible directory, and then any necessary sub-directories.

The Following displays the Playbook Structure for Ansible.

Ansible Setup is carried out on a managing server which has access to all your remote servers or nodes. The Process can be demonstrated with a few simple steps.

Login as the Root User on the Instance where Ansible needs to be installed.

Use the sudo apt-get install ansible -y command to install the package onto an Ubuntu/Debian System.

Use the sudo yum install ansible -y command to install the package onto a CentOS/RHEL/Fedora System.

The Ansible system can connect to any remote server using SSH by authenticating the request.

NOTE: Ansible can use ssh-keygen to create a RSA encrypted key and can copy it to the remote server to connect using SSH without authentication.

Create an Inventory file which is used to work against multiple systems across the infrastructure at the same time. This is executed by taking portions of the systems linked in the Inventory file.

The Default path for the Inventory file is ‘etc/ansible/hosts’.

NOTE – This path can be changed by using -i

The inventory file needs to be populated with the host IP Addresses that are to be accessed.

The inventory file is as follows:

The ‘IVR’ in the brackets indicates group names. Group names are used to classify systems and determining which systems you are going to control at what times and for what reason.

The group name can be used to interact with all the hosts alongside different modules (‘-m’) defined in ansible. 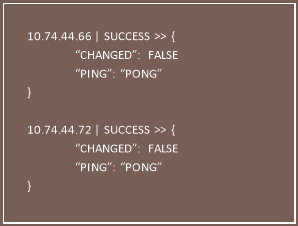 The Configuration file for Ansible is used to make certain changes to the default configuration.

The Priority configuration changes are searched by ansible in the following order:

Path= ‘/ivr/aws_env/playbooks/ivr/etc/ansible.cfg’ is the path setup for ansible configuration changes.

AWS CloudFormation is a service that helps you model and set up your Amazon Web Services resources so that you can spend less time managing those resources and more time focusing on your applications that run-in AWS.

You create a template that describes all the AWS resources that you want (like Amazon EC2 instances or Amazon RDS DB instances), and AWS CloudFormation takes care of provisioning and configuring those resources for you.

You don’t need to individually create and configure AWS resources and figure out what’s dependent on what; AWS CloudFormation handles all of that. 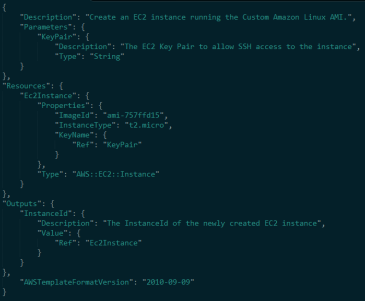 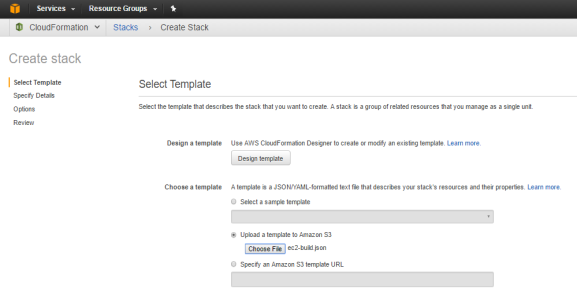 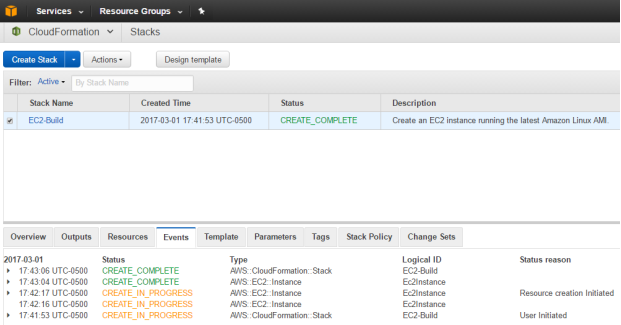 In Scope of this Project, IVR Application Instances are build using a Cloud Formation Template and will be triggered using Ansible Role.

You can configure health checks, which are used to monitor the health of the registered instances so that the load balancer can send requests only to the healthy instances. You can also offload the work of encryption and decryption to your load balancer so that your instances can focus on their main work.

To create an Elastic Load Balancer, Open the Amazon EC2 console and choose Load Balancers on the navigation pane.

On the Configure Load Balancer page, complete the following procedure.

To configure your load balancer and listener

1. For Name, type a name for your load balancer.

4. For Listeners, keep the default, which is a listener that accepts HTTP traffic on port 80.

Step 3: Configure a Security Group for Your Load Balancer

Note – If you prefer, you can create and select your own security group instead. For more information, see Recommended Rules in the Application Load Balancer Guide.

On the Configure Security Groups page, complete the following procedure to have Elastic Load Balancing create a security group for your load balancer on your behalf.

To configure a security group for your load balancer

on the Configure Load Balancer page.

group using the health check settings defined for the target group. On the Configure Routing page,

To configure your target group

2. For Name, type a name for the new target group.

4. For Health checks, keep the default protocol and ping path.

On the Register Targets page, complete the following procedure.

To register targets with the target group

1. For Instances, select one or more instances.

2. Keep the default port, 80, and choose Add to registered.

3. If you need to remove an instance that you selected, for Registered instances, select the instance

and then choose Remove.

4. When you have finished selecting instances, choose Next: Review.

To create and test your load balancer

1. On the Review page, choose Create.

2. After you are notified that your load balancer was created successfully, choose Close.

3. On the navigation pane, under LOAD BALANCING, choose Target Groups.

5. On the Targets tab, verify that your instances are ready. If the status of an instance is initial, it’s probably because the instance is still in the process of being registered, or it has not passed the

There are 2 Parts of the Automation Process which is used –

STEPS TO CREATE THE CUSTOM AMI –

STEPS TO CREATE THE APPLICATION INSTANCES –

NOTE: An S3 Bucket with folder structure for each application is maintained to keep the updated code and certificates along with other required installation files.