Optimizing engine performance of IC Engines is a very shady field. Other than reputed companies & Original Equipment Manufacturers (OEMs), who publish their reports, the rest of the industry does not throw much light into aftermarket modification field. As an end-user, a customer wanting to optimize his vehicle in terms of power, mileage & usability is often mislead into buying products & modifying his automobile that will produce no useful gains.

This mini-project will be done on 2-wheeler motorcycles ranging from 150cc-350cc. It aims at bridging the gap between the products and the end-user’s knowledge of it. It will take on many such optimizing/modifying techniques, such as installing air-filters, spark plugs, exhaust systems, engine oils etc., and try to demystify what is actually happening there for the use of the said end-user.

This mini-project will involve testing of various parameters of an engine, such as Brake Horse Power, Torque, Exhaust Emissions, Inlet

Manifold Pressure etc., of a completely stock Engine. It is again tested after modifications for the same parameters. The results are then compared to give an outline of the effect of the modification. Each modification is done separately for the results to be completely independent of each other. All of the tests are conducted in real-world conditions, so as to ensure the reliability of the result. The final report (end of the project work) will give a much needed clarity on the modifications; will also comment on the safety of using such techniques and its cost effectiveness for the end-user.

In a stock motorcycle (factory-made, unmodified), it is so designed that the whole system is as generic as possible. That is, it is supposed to be appropriate for a wide-band of end-users. Taking this line, the manufacturers tune down most of the engine parameters in favour of mileage & fuel efficiency, as these are the two major parameters that an end-user looks while buying the automobile.

As time passes, the user, who now is accustomed to the automobile, might feel the need to enhance and optimize his automobile. He therefore researches about all the modifications that he can do to his automobiles, so as to increase the performance and efficiency.

These parameters were chosen because of the following reasons – 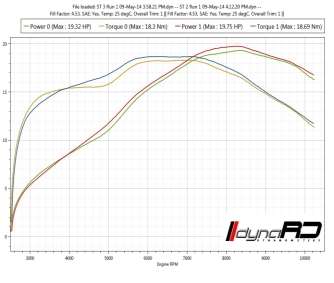 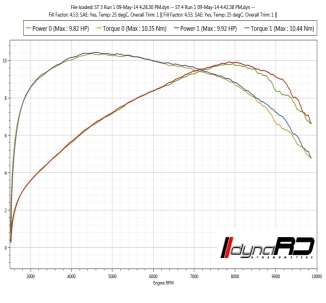 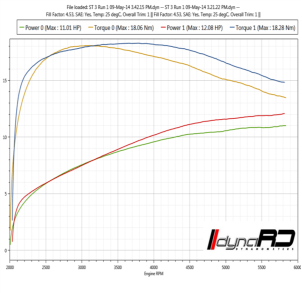 It depends on the end-user on whether he wants to do certain modifications. From the results and discussions, we can see a general increase in performance for all the modifications used, provided those are done under correct procedures. These results were fairly satisfying, and also laid to rest some of the general misconceptions that were attached to such modifications.

Apart from power enhancing, the mini-project also tried to bridge the gap between the aftermarket modifications and the customer’s knowledge of it. Dealing with how the actual results of how a modification might work-out and whether their claims were correct. It is concluded that the manufacturer’s claims of increasing power and performance which are indeed true, But the manufacturer also claims increase in mileage which is not true since it comes with of a small drop of mileage. If the end-user can adjust with the drop, then they can find the modifications useful.