The enhancement of using internet system has increased the ease of information communication which throws challenge in data security. Now in current days safe and sound data transfer become more essential and significant. Cryptography and Steganography are two significant areas of research that involve a number of applications. Cryptography is the technology that involves to encode a message text into an unreadable text form that is known as cipher text and thesteganography is an art and technology of hiding information in a multimedia file without causing statistically significant change to thisfile for involving a secret message transmission. In this proposed work the plain text is transformed to a cipher text using Cryptography technique, where different person can able to use their preferable key for encoding the text and also some Boolean algebraic operations are used in the succeeding steps and after that this cipher text is hidden inside a gray scale image as a cover media with dimension of 2n x 2n and a secure pictorial block steganography based encryptionalgorithm is proposed for transferring text messageand also mentioned the Cryptanalysis and Steganalysis method for retrieving data at receiver side. The experimental result shows that for using different length of text message the distortion of picture is very much less that is negligible in open eyes. At last it can be mentioned that without knowing the appropriate knowledge of cryptanalysisand steganalysis retrieving of message is quite impossible.

Cryptography is generally a key enabling technology for protecting distributed systems. An encryption algorithm takes the original message and a key, and alters the original message mathematically based on the key bits to create a new encrypted message. Likewise a decryption algorithm takes an encrypted message and restores it to its original form using one or more keys. There are two general concepts of cryptographic keys: Private key and public key system. When same key is use for encryption and decryption both purpose then this is identified as symmetric key encryption by using secret key. Where public-key encryption is also known as asymmetric-key encryption. The private key is known only to your computer, and used for only encrypt the message while the public key is given by your computer to any computer that wants to communicate securely with it.To decode an encrypted message, a computer must use the public key.

In this paper, secure data transfer by using cryptography with Boolean algebra and key concept is focused where different body can use a particular mentioned length key that generally cant be guessed by a third person.

Steganography is the process of communication of secret data by using a multimedia carrier like image, video, audio or it also can be send by using an IP Datagram. Generally people cannot detect the secret communication of data. Message to be hidden is concealed in another file called cover media. Combination of secret message and cover file is called as – stego media. The stego function operates over cover media and the message (to be hidden) along with a stego-key (optionally) to produce a stego media.

The paper is organized as follow. Section 2 describes the different types of steganography Techniques. In Section 3 section the algorithms of cryptography, steganography for data encryption techniqueon the other hand cryptanalysis and steganalysis forthe decryption technique are discussed followed by an example in Section 4. Section 5 shows the Analysis Work. Finally, in Section 6 the conclusion of this paper is included.

In this section the past work related to the problem of hidden text in an image file is analyzed. A literature survey in this extent finds an amount of work is done in encrypting the text message and also decoding the text. Here the methodology and highlights of contributions, conventions is summarized.

In M. Bellare [1] formalized the new cryptographic primitive, Message-Locked Encryption (MLE), where the key under which encryption and decryption are accomplished is itself derived from the message. MLE delivers a method to reach secured duplication (space-efficient secure outsourced storage), an objective currently embattled by numerous cloud-storage providers. On the theoretical side the challenge is standard model explanations, and this technique makes

Rig Das et al. [2] performed the Huffman encoding upon the secret message /image and then embedded each of the encrypted bits, the size of Huffman encoded bit stream, Huffman table into the cover image by altering the least significant bit (LSB) of each of the pixels.

G.KarthigaiSeivi at al. [3] proposed a technique of finding the edge of the image using the Least-Significant-Bit (LSB) algorithm by employing Laplacian detector, and then data is hidden on center pixels whose blocks are located at the sharper edges.

Yam bernJinaChanu at al. [4] describes a short survey on different types of steganography techniques for imagein spatial and transform domains and steganalysis techniques for the detection of secret message in the image in spatial domain by mentioning the strong points and weak points of the techniques.

In k. singla et al. [5] proposed a hash based Steganography approach for protected steganography using edge detection. The method accomplishes high embedding capacity and enhances the quality of the encoded image. This technique first detects the edges in the image by well-known canny method and then the hash sort is used to embed the text data in to the edges of the color image. The hash function delivers a secure and fast method for image steganography.

InS.Malik, A. Sardana [6] proposed unique methodology A Keyless Approach to Image Encryption without the use of encryption keys. The core idea behind this technique employs Sieving, Separation and Shuffling to produce random portions such that with minimal computation, the original secret image can be recovered from the random portions without any loss of image quality.

Ali Daneshkhah et al. in his “A More Secure Steganography Method in Spatial Domain” [7] paper proposed a technique in which, the two bits of message is embedded in a pixel in a way that not only the Least Significant Bit (LSB) of picture element is allowed to change but also the second bit plane and fourth bit plane are allowed to be manipulated, but the point is in each embedding process only one alternation inone bit plane is allowed to happen. It is compared by the method LSB-Matching, the results shows this

STEP-1: Different password can be chosen for different PT but always it will be reserved 8 characters length.

STEP 2: Transformevery single character of the password into its corresponding ASCII value.

STEP 3: Convert each ASCII value into its 8 bit binary representation and place them in separate rows to generate a password matrix.

STEP 4: For that purpose the diagonal elements of password matrix is chosen as the first auxiliary key AK1, beginning from bottom left corner bit toterminate in top right corner bit.

STEP-6: The number of Auxiliary keys generated depends on the number of letters in the plain text.

STEP-7: Choose a plain text of variable length and calculate its length.

STEP-8: Change each character into its ASCII value and then into its equivalent 8 bit binary representation at the end arrange them as a matrix of nx8 where n is size of letters in plain text.

STEP-10: Complement the evenposition bits (column no. : 2,4,6,8) of every row of the last transformed value.

STEP-12: 8 bits of each row of the matrix now has to be reversed.

STEP-13: At last get our Cipher text 8 bit binary representation and convert it tocorresponding decimal value or the ASCII Value. This text will be transferred.

STEP-1: Taken the ASCII value cipher text as an input.

STEP-2: Calculate the number of ASCII value of cipher text and stored it into a variable CT .

STEP-5: Calculate the number of ASCII value of cipher text and stored it into a variable CT.

STEP-5: This coded image will be transferred to the receiver side.

At receiver side the reverse technique of the previous method hasto be followed for decaying the image matrix and easily the text will be retrieve by the decryption algorithm.

STEP-1: At first we have taken the Stego image that is got from sender side and then collect the original cover image.

STEP-2: Compare both image and make a size of 256×256 matrix contained the differentiate value of these two images where most of the values are zero excepting some are 2s and 1s.

STEP-3: Neglect all those 0 values and arrange the others digits in a separate matrix whose size of column is 8. It is very imperative that the arrangement of the digits must not be hampered from the previous order.

STEP-5: Now replace the value of 2 with ‘1’ and 1 with ‘0’ and after that which matrix will be generated this is the 8 bit binary representation of our CT.

STEP-6: Now convert the binary value with the corresponding decimal value and got the ASCII value representation of CT.

STEP-1: Generate the PASSWORD MATRIX that was described in the previous section 3.1.

STEP-2: As well as create the AUXILARY KEYS from password matrix maintain the same rule followed as 3.1.

STEP-3: Taken the ASCII value of Cipher text and convert them as 8 bit binary representation. Arrange the value of bits in nx8 matrix where n = size of CT.

STEP-4: Reverse the each 8 bits values of every single row.

STEP-7: Perform bitwise XOR operation in between the binary values of last transformed CT1, CT2, CT3,…,CTn and the auxiliary keys AK1, AK2, AK3, ….,AKn respectively And then got the original P1, P2, P3,….Pn.

Suppose our plain text is EARTH that has to be securely transferred to the receiver side.

As per mentioned in the algorithm for 5 letter plain text 5 auxiliary key will be formed at first.

After taking bottom left corner to top right corner diagonally elements we will get 01000011. That is AK1.

Consider n = 8 and m = 3. The ASCII value representation of the Cipher text is 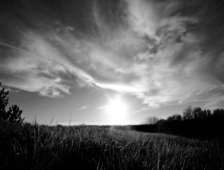 At first we will decompose this image at 8X8 matrix, where each cell of 8X8 matrix will consist 32×32 size of matrix.