Hernia is defined as the protrusion, swelling or exit of an organ the body wall that normally contains it. The inguinal hernia occur when the protrusion occur through the inguinal canal (Onuigbo WIB, et al 2016).

This problem most of the time face men because of the inherent weakness of the abdominal wall in the area spermatic cord passes through the inguinal canal (National Center for Health Statistics,1960)

First is imperfection itself, known as the size and the location of the imperfection, another thing is the hernia sac (pouch) which contain abdominal contents such as omentum, small intestine, colon or bladder, or the sac may be empty (SD, Sharma VM, et al 2013).

There are many types of hernia but most occurring hernia is groin hernias also other hernias it involve hiatus hernia, incisional hernia and umbilical hernia. (SD, Sharma VM, et al 2013)

In women, the tubular duct is the location for the uterine ligament. If a hernia is in this area, it results in a protruding swelling that result into a painful during movement.

Most of the inguinal hernia occur because an opening in the muscle wall do not close as it should be before birth, this result to a weak area in the front part of the human trunk muscles, Pressure on the weak area can result tissue to push through and swell out. A hernia can occur soon after birth or after some time in the life depending on the various factors that individual can be subjected with during the life time. People with more weight are facing more risk of get a hernia. Hernias are more common in men. A woman may get a hernia while she is pregnant because of the pressure on her belly wall.

The main symptom of an inguinal hernia is the swelling in the groin or scrotum in case of men, the swelling feels like a compact mass with an irregular shape. This swelling may form over a period of weeks or months or it may appear all of a sudden after been lifting heavy weights, coughing, bending, straining, or laughing. The hernia can be painful, but some hernias makes a swelling with no pain.

Inguinal hernia occur in both male and female, but are more common in males than in female and are more in whites compared with non-whites, it affect all ages but the more risk of inguinal hernia increase with the increase in age. With respect to the sex, females become apparent at the later age between the age of 40 to 60 years and from 60 to 79years .while in men it occur 10 years earlier. (Onuigbo WIB, et al 2016)

Hernias are among of the oldest recorded problem that cause illness in mankind and they are most seen in the groin or scrotum. (Onuigbo WIB, et al 2016).

The first report of hernia was published in 1853 by Bowditch. The discovery of artificially insensitive to pain drugs or induced by the admistration by the gases before the surgical operation(anesthesia) and the development of drugs which prevent the disease causing microorganisms(antiseptic) methods in the mid of 19th century change fundamentally the practice of surgery. The development of these techniques including anesthesia techniques in the 1860s allowed more invasive methods to be used in the treatment of non-complicated inguinal hernias.

The concluded method for the treatment of inguinal hernia is the surgical repair method regardless of its origin or its type (Onuigbo WIB, et al 2016).

In the late 19th century Trait introduced the basic surgical management of scrotum hernias that he used a trans- abdominal approach to suture the defect this technique used the row of stiches holding together the edges of wound or a surgical incision where by a thread or wire is used. This approach fell from favor when Eduardo Bassini in 1887, introduced the first true anatomical repair of the inguinal hernia

Henry O Marcy (1837-1924), a surgeon from the USA and a disciple of the English surgeon Joseph Lister, give a detailed account of two cases of incarcerated hernia that he treated surgically in 1871. Marcy, using Listerian antiseptic techniques, performed the standard operation of the day on these two patients: he divided the hernia ring “in the usual way with the hernial knife” and reduced the incarcerated hernia. Also Marcy went more and more extensive with the hernia technique then in vogue, Rather than open the hernia sac, he reduced it and repaired the defect by closing the “constricting ring” with carbolized catgut suture.

Introduced by “Ger” in 1982 into the armamentarium of hernia repairs ,since its introduction it have undergone considerably changes and it has been are source of most prolonged dis agreements. With the appearing of long and distinct period of history of laparoscopic surgery, some surgeons had been suggested to apply this new technology (prosthetic material) on the laparoscopic hernias surgery because it (the laparoscopic surgery) fulfils all the primary and secondary points for the perfect hernia surgery.

The very important point that is provided by laparoscopic surgery that it dealt with the hernia at the point of its origin exactly within the abdominal cavity at the level of the scrotum holes, and not at the inguinal canal, where the hernial sac follows its way.

Also Ger in 1982 made effort to archive a minimal access groin hernia repair by closing the opening of an indirect inguinal hernial sac using Michel clips.

In 1989, Bogojavlensky reported filling an indirect hernia defect with a plug of polypropylene mesh followed by laparoscopic suture closure of the internal ring.

In 1990, Phillips and McKenna developed totally extra peritoneal (TEP) technique with or without peritoneoscopy. In 1991 Arregui give a detailed information about transabnormial preperitoneal (TAPP) approach with full exposure of the inguinal floor and placement of a large preperitoneal prosthesis.

Toy and Smoot in 1991 give a detailed informationabout a technique of intraperitoneal on lay mesh (IPOM) placement, where by an intraabdominal piece of polypropylene or e-polytetrafluoroethylene (ePTFE) was stapled over the myopectineal orifice without opening of the peritoneum

During the same period, Phillips and McKernan gave a detailed account on TEP technique of endoscopic hernioplasty (where an instrument was introduced into the body to view its internal parts) where the peritoneal cavity is not breached and the entire dissection is performed bluntly (without sharp edge instruments) in the extraperitoneal space with a balloon device or the tip of the laparoscope itself

The advancement of the knowledge of human anatomy in inguinal region is vital importance in the surgical skills of the disease. Once the dissection is complete, a 15 Ã- 10 cm mesh is stapled in place over the myopectineal orifice(most common now days).

In all of the rapairs the mesh is in physical contact fascia of the transversalis muscle in the preperitoneal space, allows tissue ingrowths leading to the fixation of the mesh (as opposed to being in contact to the peritoneum as in IPOM repair where it is prone to migrate). The two techniques (TAPP and TEP) proved more effective and emerged as the most popular.

These repairs approach the myopectineal orifice posteriorly, similar in anatomical perspective to the open preperitoneal approaches. A clear understanding of the anatomy from this perspective is crucial to avoid a number of complications, mainly vascular and nerve injuries. Laparoscopy provides a clear view of the entire myopectineal orifice, and repairs of both inguinal and femoral hernias can be performed

Although the incidence and prevalence of inguinal hernias worldwide is unknown, it is estimated, that in the United States, approximately about 4.5 million people have inguinal hernia while in Jerusalem, it was documented as 18 per 100 men aged 25 and over.

Less is known about epidemiology of inguinal hernia in resource poor setting, according to the currently research it shows that in Tanzania the inguinal hernial prevalence in adults is 5.36% and approximately 12.09% of men live with hernia. While in Great Britain about 7000 repairs are performed each year, this indicate that about 0.14% of the whole population suffer from hernia (Onuigbo WIB, et al 2016).

Inguinal hernia is common surgical problem in both developed and developing countries. Sometimes it can present a surgical misunderstanding even for the skilled surgeon when the swell contain unusual contents, surgery is the only way to deal with abnormal contents raised in the swelling (Onuigbo WIB, et al 2016).

Inguinal hernia is disease that affect most people in a coastal area (case study Tanga) that cause the inflammation and pain full in the testes (scrotum), according to the previously research shows less has been done to prevent the spread of the disease and to improve the awareness of individuals towards the disease also he improvement of medication and repair system has to be improved.

OBJECTIVES OF THE STUDY

1. To assess the number of individual who are living with the disease

2. To assess the number of individuals who are in a risk of being infected by the disease

3. To assess the availability of diagnosis and the treatment of the disease

1.To motivate the government and non-governmental institutions to assist the diagnosis and treatment of the disease

2.To understand the magnitude of the disease in Tanzania especially in Tanga coast land

Indicator; inguinal hernia is a swelling of scrotum

Indicator; is the defect that individual born with it, also may be infection

Indicator; swelling and pain full in the scrotum during caught or lifting heavy objects

Indicator; because most f people inherit the weakness that cause the disease from their parents

Indicator; the treatment may vary according to the area where individual lives, other areas are with high social services but others are not

7. Question; Do you know what organism transmit the disease?

SIGNIFICANCE OF THE STUDY

At the end of this research the community awareness towards the disease will increase hence the prevention measures will increase and the number of individuals who are at risk of being infected will be reduced. 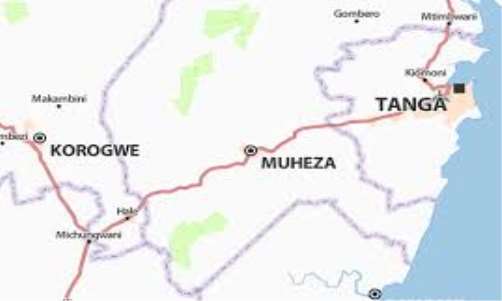 Data in this research shall be collected using research questionnaires that will be provided to the individual’s member of community and answer the provided questions concerning with the inguinal hernia, case study Muheza Tanga coast land.