Respiration is an example of an exothermic reaction. It releases energy from glucose molecules for use by the body. Organisms need this energy for chemical reactions to build larger molecules, for movement and to keep warm. Respiration in cells can be aerobic (with oxygen) or anaerobic (without oxygen).

Aerobic respiration takes place in the mitochondria and requires oxygen and glucose to do so. Glucose is a substance which is essential to life. It breaks down into ATP for the energy for respiration in all living things. However, glucose and its transfers are particularly key to human life, it provides us with all our energy and is transported through diffusion. Diffusion I a passive process – this is the rapid and random movement of particles from a high concentration of solutes to a low concentration of solutes-which in this case is glucose.

For example, one of the most common processes of aerobic respiration is where it occurs in the muscle

This type of respiration produces carbon dioxide, water and energy.  The chemical equation for aerobic respiration is…

WE USE AEROBIC GLYCOLYSIS DURING AEROBIC RESPIRATION:

Stage 1-Aerobic glycolysis is the same process as Anaerobic glycolysis except that the presence of oxygen inhibits the accumulation of lactic acid by diverting pyruvic acid further into the aerobic system. Pyruvic acid combines with coenzyme A to form Acetyl CoA.

Stage 2- Krebs Cycle- The Acetyl CoA from stage 1 combines with oxaloacetic acid to form citric acid. Then complex reactions within the matrix of mitochondria take place:

The total energy produced by this system is 38 ATP.

Fermentation is a metabolic process that consumes sugar in the absence of oxygen. The products of fermentation are organic acids, gases, or alcohol. Fermentation takes place in yeast and bacteria and also in oxygen starved muscle cells as in the case of lactic acid fermentation. In micro-organisms fermentation is the primary way of producing ATP by the degradation of organic nutrients anaerobically. The chemical and word equations for fermentation are…

Ways of checking respiration in humans:

There are different ways to check the respiration in humans, with different tests to see how much respiration a person is capable of.

One method is to measure Peak Flow. This is a person’s maximum speed of expiration. This is measured with a Peak Flow Meter. This measures the airflow through the bronchi and the extent of potential obstruction in the airways. Peak Flow is generally measured in units of litres per minute(L/min). Peak Flow readings are higher when you are well and lower when the airways are constricted. However due to the wide range of ‘normal’ results and high amount of variability, peak flow is not recommended to test whether somebody has asthma.

Blood Pressure is also another way to check. When the heart beats, it pumps blood around the body to give it the energy and oxygen it needs. As the blood moves, it pushes against the sides of the blood vessels. The strength of this pushing is your blood pressure. If your blood pressure is too high it puts an extra strain on your heart and arteries and could lead to heart attacks and strokes.

One factor affecting the respiratory system is asthma. Asthma is a condition whereby the airways of the respiratory system become restricted. Asthma makes the bands around the airways tighten so air cannot move freely in or out of the body phlegm can also narrow the airway further. Exercise can induce an asthma attack. Asthma reduces our respiration rate as it restricts oxygen getting to the working muscles. However exercise can benefit someone with asthma as it can reduce the effects by increasing respiratory muscles, vital capacity and the oxygen and carbon dioxide diffusion rate.

Another factor is partial pressure/altitude. Partial pressure tells us how much of a particular gas is present. Oxygen moves from high pressure (alveoli) to low pressure (capillaries) until the pressures are equal. The greater the differences in these gases, the quicker the rate of diffusion. At altitude there is less oxygen reducing the partial pressure, because there is less oxygen available you have to work harder. This can cause: shortness of breath, dizziness and difficulties in concentration. Due to the lack of oxygen altitude can lead to hypoxia which causes an increase in breathing rate and depth. Over a period of time at altitude your respiratory will adapt to the conditions. Athletes will train at altitude so their body adapts, adaptations include an increasing in red blood cells and capillaries which will allow more oxygen to be carried and diffused to the working muscles.

Another factor affecting respiration rate is exercise. During exercise the body needs more energy, so the rate of respiration increases. The heart rate, breathing rate and breath volume all increase to supply the muscles with more oxygen and glucose for the increase in aerobic respiration. During periods of intense activity, the muscles may not get supplied with enough oxygen, so anaerobic respiration starts to take place in the muscle cells. This causes a build up of lactic acid and creates an oxygen debt. The lactic acid causes the muscles to hurt and stops them contracting efficiently. Lactic acid is a poison, so needs to be got rid of quickly. Once exercise is finished, the oxygen debt must be repaid. Also after exercise blood flowing through the muscles transports the lactic acid to the liver where it is broken down. The oxygen debt is the amount of extra oxygen the body needs after exercise to react with the lactic acid and remove it from the cells.

Basal metabolic rate is the number of calories your organs need to function while you perform no activity whatsoever. Since your BMR is based largely on involuntary functions like breathing and pumping blood, changes in your day to day activity don’t do much to raise or lower this number. 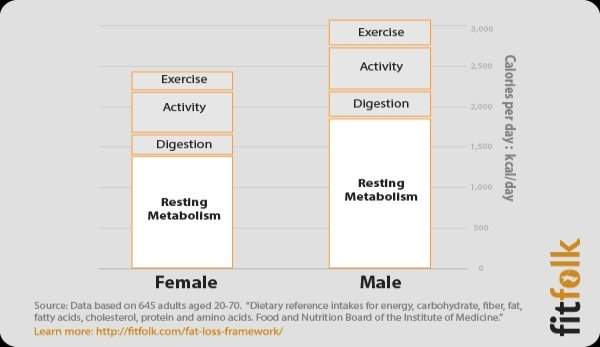 Direct calorimetry- Measurement of heat actually produced by the organism which is confined in a sealed chamber or calorimeter. This process is accurate. However, the person has to be isolated for a long time (at least 24 hours)

Indirect calorimetry- Estimates the heat production by measuring gas exchange. This process is really quick as it only takes 10 minutes and it can also be done at home. You also have to fast for 12 hours before it.

This experiment is performed to test the rate of respiration of yeast, a single celled kind of fungus. And given food and air it will grow and multiply. And to test which environment is best you make up a series of sugar solutions. You use different temperatures of water in each sugar solution and then add the yeast to the solution. Once the yeast has been added you quickly close the bung and time it. Each minute you record how much gas has been produced by the yeast respiring and make a note of it. You should find that as the time increases so does the amount of gas produced by the yeast. We repeated the experiment 3 times to be able to get valid and reproducible results and also to get a mean volume of gas produced by the yeast undergoing fermentation. 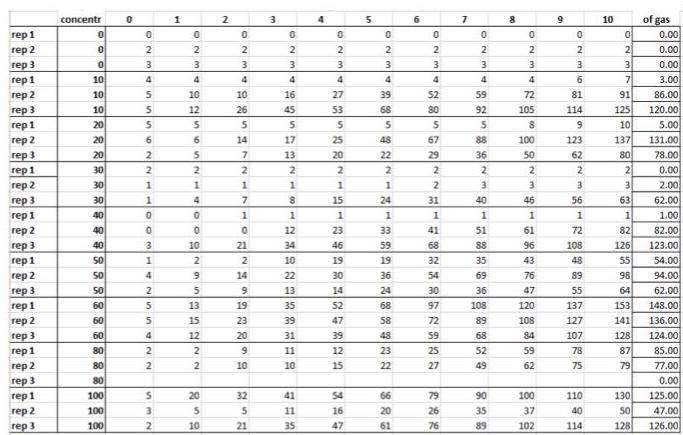