Padworth common nature reserve was previously owned by the west Berkshire county council. But in 2005 the land manamgement was acquired by the Buckinghamshire, and Oxford Wildlife Trust (BBOWT) in 2005 (Fort, 2013). The Main overall policy for this land is “to Ensure these sites continue to thrive both in terms of their significant wildlife interest and for the many local people who regularly use and enjoy them”. This was a statement given by the west Berkshire executive member for the environment Councillor Hilary Cole (Fort, 2013). 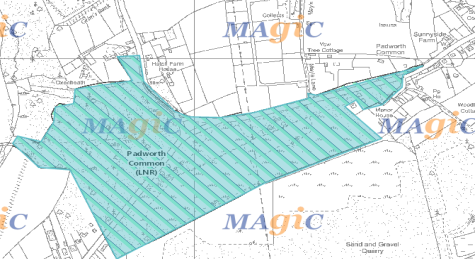 Pathworth common is located between Aldermaston and Burghfield Common about 9 miles outside the city of reading (Jeffery, 2004). The land is currently owned by The West Berkshire County Council, as said before it is now managed but BBOWT since 2005 (Jeffery, 2004). The land is 30ha of open wet, dry and humid lowland heath with small sections of oak woodland, there is also a few large seasonal ponds and one that is permanently filled (Wallington, 2013). The Boundaries of Padworth common are to the south a privately owned field that and a sand and gravel quarry. And to the north east and the boundaries are defined by Old warren and Hatch farm. The western boundry is defined the small hamlet of Padworth Common.

For the management for a lowland heath area like padworth common, there needs to be a set of objectives crucial to the infrastructure of the scheme to manage the whole area and the all the individual features in it. The first is a very generalised objective and covers as many of the features benefits in one goal this is to encourage the restoration and health of lowland heathland to retain the ecological value of Padworth heath (Westcombe, n.d.). The other three objectives are more constrained in the features that they benefit. The first is the have grazing at the site to monitor and manage the growth of the heath, This will majorly benefit the ground nesting birds like the nightjar. The second plan is to have regulations and management for the public and the nightjar population to reduce disturbance, this is primarily aimed and nightjars and nesting birds to minimise disturbance and help promote nest production (Westcombe, n.d.). Finally the 3rd management project is the control the spread and removing strands of bracken, this is to reduce competition with the local heathland plants and improve the biodiversity of the plant life in the area. The legal constraints for this area is that Lowland heathland areas all over Britain are under the protection of the wildlife and countryside act of 1981 and is notified as SSSI (Westcombe, n.d.).

The physical aspects of the heath are that it is a mosaic of wet damp and dry habitats. The type of habitat is found on poor acidic soils in wet mild climates below 300m of altitude. Th biological features of this site are the many species that the heathland can accomidate from the greyling butterfly to the rare great crested newt (English Nature, 2002). This is due to the many niches available for the animals to occupy; the seasonal pounds are a rich source of nuitrients and support many rare species. The open heath which is occupied by many ground nesting birds such as the nightjar. The gorse bushes are used by the Dartford warbler to build nest and protect themselves from predation (English Nature, 2002). Culturally lowland heath has been an important part to human agriculture for thousands of years. The Mesolithic played a great part in the expansion of the lowland heath habitat by cutting down great swathes of the woodland landscape for building material and fuels. This mass cutting of woodland had impoverished the soil but this has and a positive effect on heather ground and promotes the growth of lowland heathland (English Nature, 2002). Up until the 20th century heathland has been used in a wide range of agricultural processes such as fodder and fuel (English Nature, 2002). 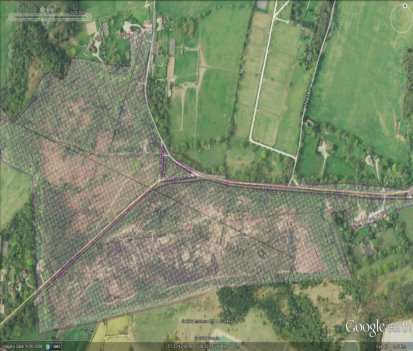 The Padworth common nature reserve is split into two half’s divied by Bowughugrst Road. The heathland is located in the centre of each area while the Oakland is defines the boundaries of the nature reserve. The pounds are locates towards the south west corner of the southern half of the reserve.

Conformation and evaluation of features

Pathworth has many features and species that make this a site of National importance. Species such as the nightjar, the Dartford warbler and the Grayling butterflies (Wallington, 2013). Each of these will have a certain factors that can affect the species success and survival such as; the road that passes through the reserve, the seasonal ponds, and the growth of bracken.

This plan focuses on the Dartford warbler and the key features that effect these are gorse coverage and heathland health (RSPB, 2014). The management of this species is desperately needed due to the harsh winters that have been occurring recently and that there are only1-2 breeding pairs in pad worth (Defra, n.d.). for this species to thrive and stabilise and even increase in population size drastic action is needed to preserve this native bird species.

There at many factors that affects the breeding success and survival rates of the Dartford warbler. The main 2 factors are the amount of gorse in an area, disturbance and Availability of food.

Objectives for the feature:

The objectives laid out for this management plan are in priority order;

To monitor the bird populations there are two ways in which this can be done;

These are the four management project that will be used to help increase and stabilise the population of the Dartford warbler.

The Justification of these methods is as follows;